It may have started as a outdoor birthday BBQ, but these days Standon Calling is a full fledged boutique music festival taking place in the rural farmlands just outside of London. A rotating fancy dress theme along with a costume parade and Sunday dog show are just a few of the DIY touches that makes this four-day festival stand out from the others. 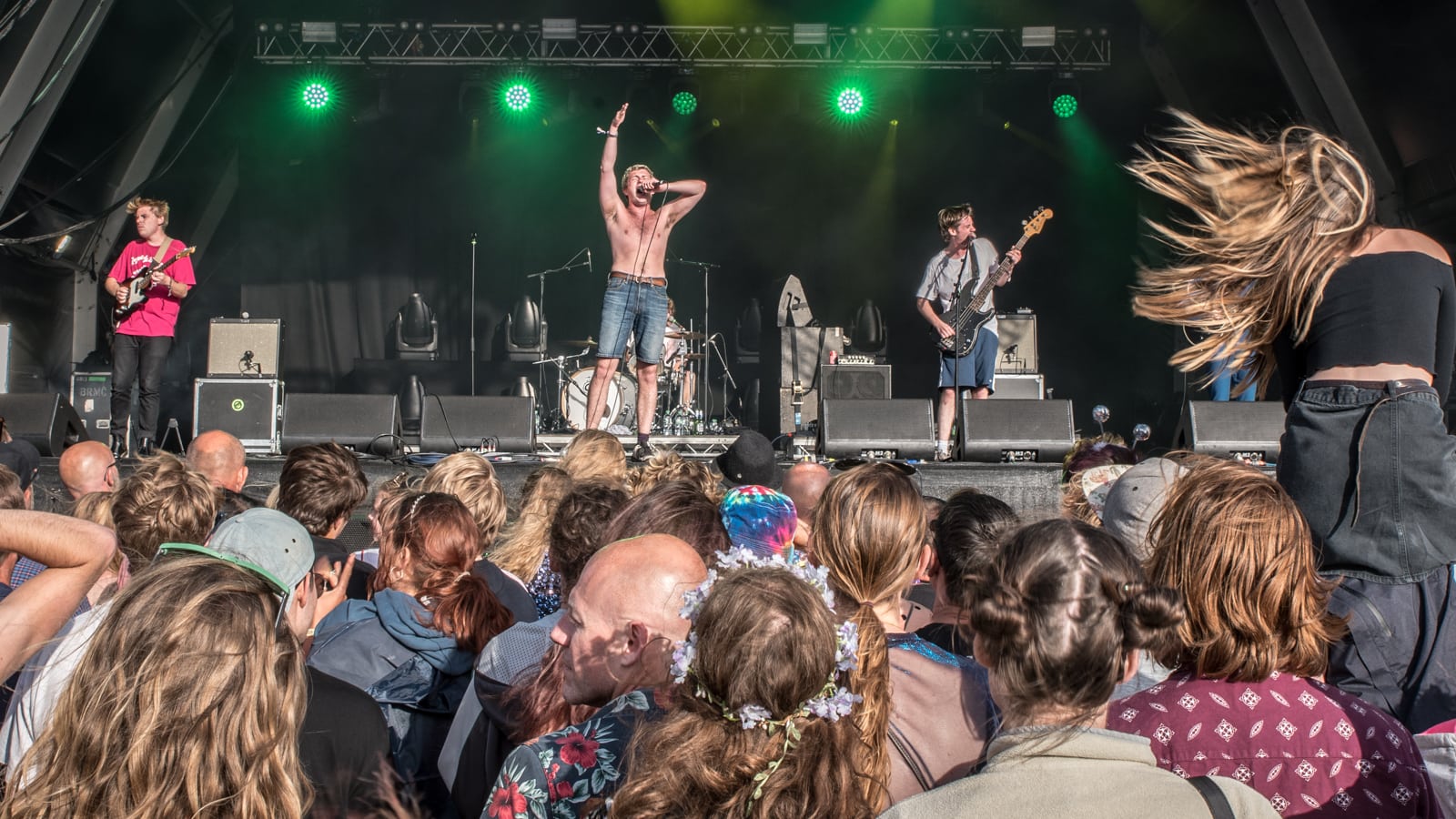 The UK certainly has no shortage of festivals, and I could easily spend an entire season of 100 Nights of Summer covering the scene up here. Standon Calling caught my eye for a few reasons — it wants to be the most dog friendly festival in the UK, the lineup promised plenty of emerging national talent, and the fancy dress theme this year would be “The Future.” The only thing I love more than wizards are robots. 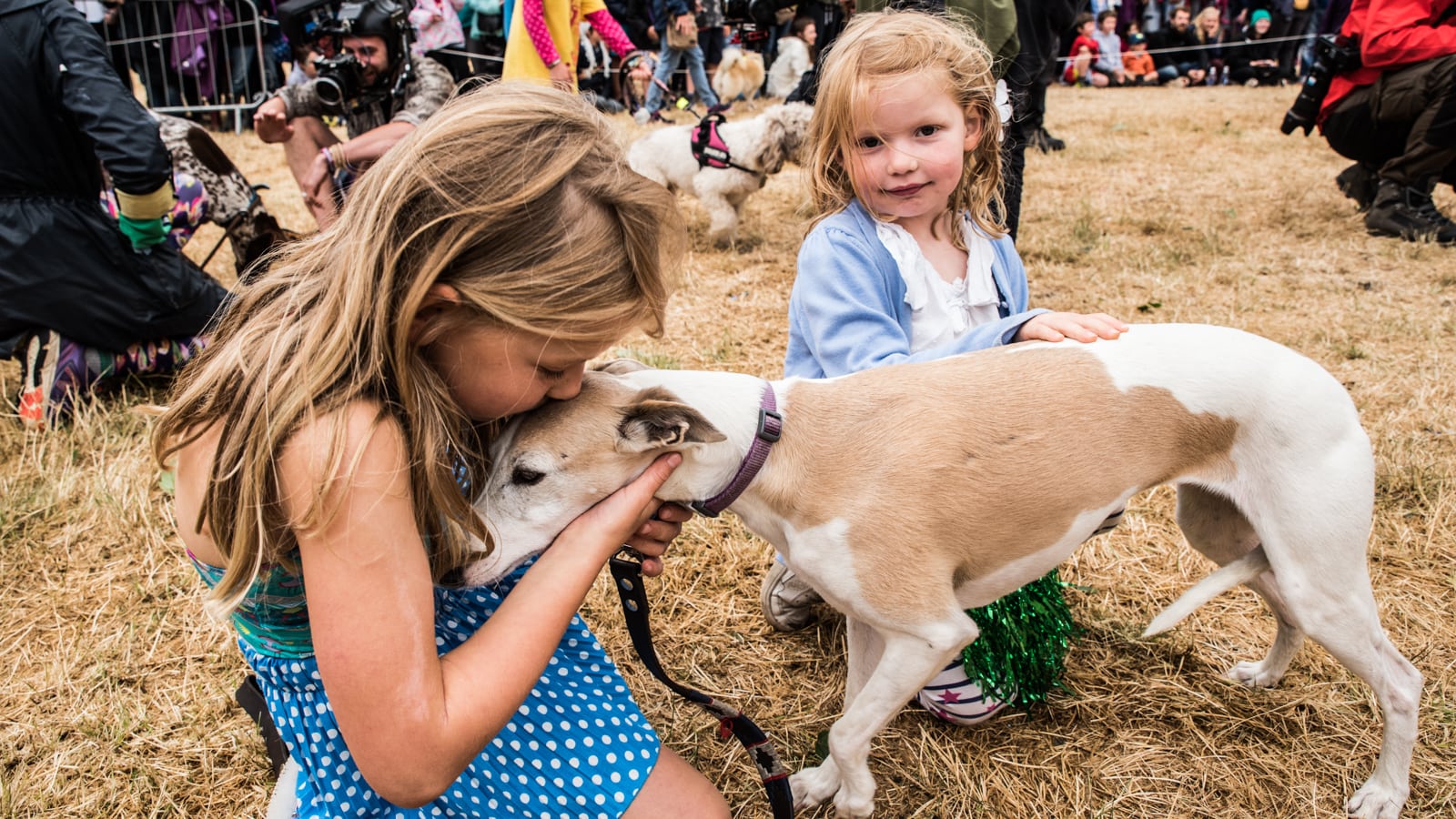 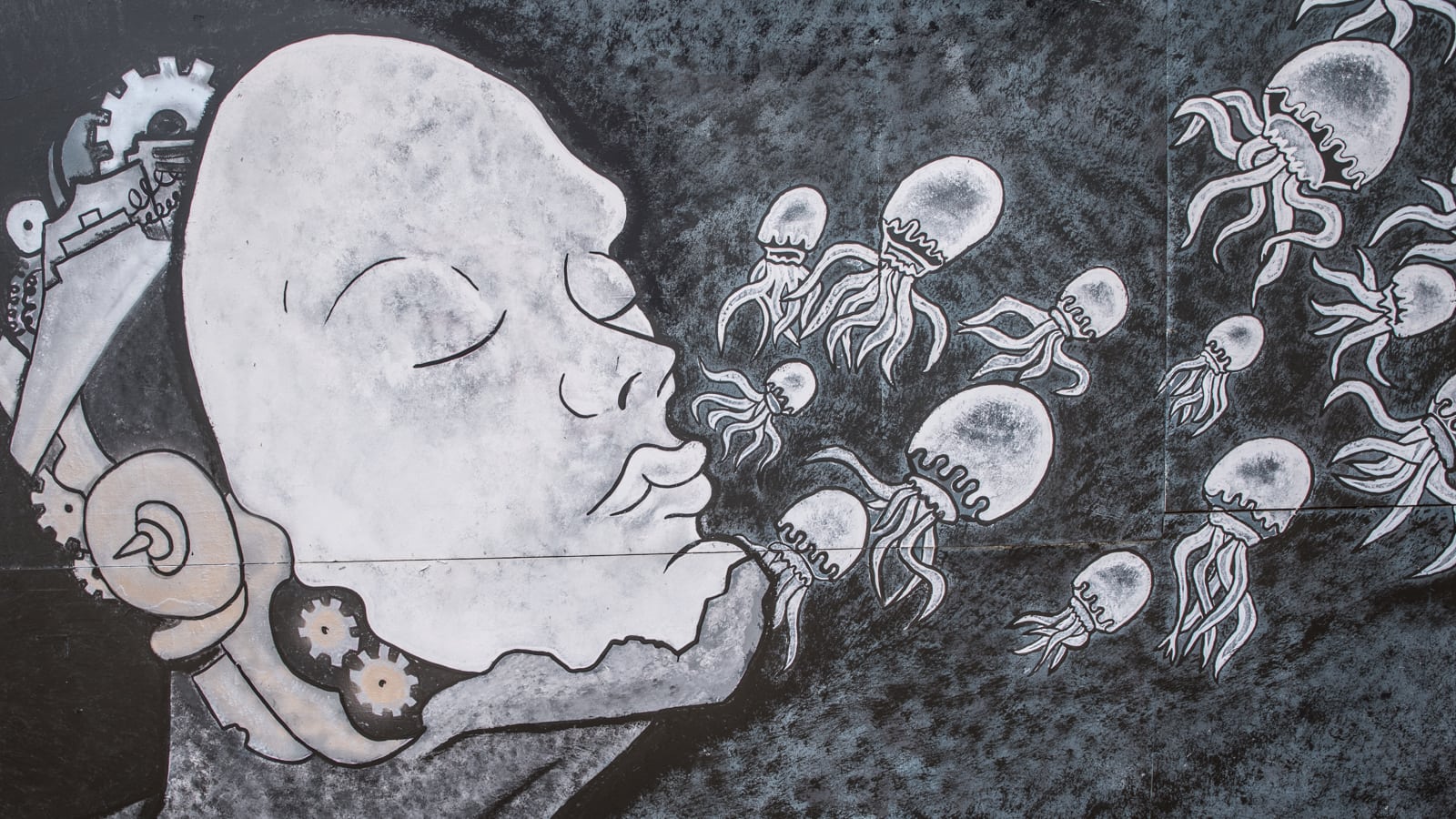 Cultivating the UK Music Scene
Standon Calling is situated in the lovely grassy fields of the founder’s family farm. Here at the main stage, I caught acts like Paloma Faith, Bryan Ferry, and the hometown hero that has turned into a touring superstar — George Ezra. I spent most my time at the new Laundry Meadows stage, which featured some of the best new UK talent touring this year, and the tiny BBC Introducing tent where you could catch talented local acts. 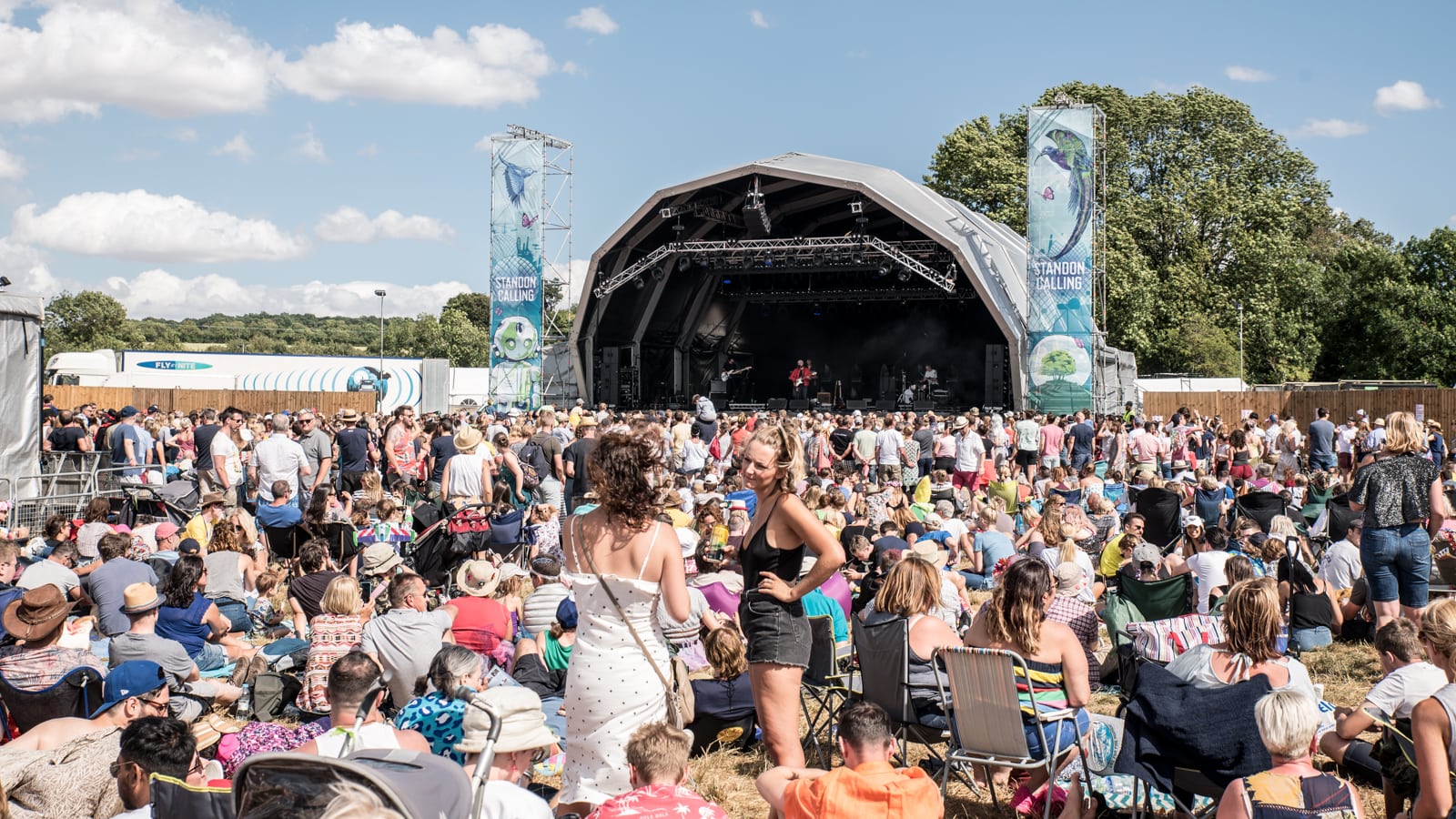 Sleep All Day, Party at Night
At times, Standon Calling felt like two different festivals. During the day, the grounds were filled with kid-friendly activities and the British rock scene in all its forms. By the time the main stage finished around 11pm, the grounds transformed into an all night dance party with legends like Jarvis Cocker, DJ Yoda, and 2manyDJs headlining the futuristic themed clubs. 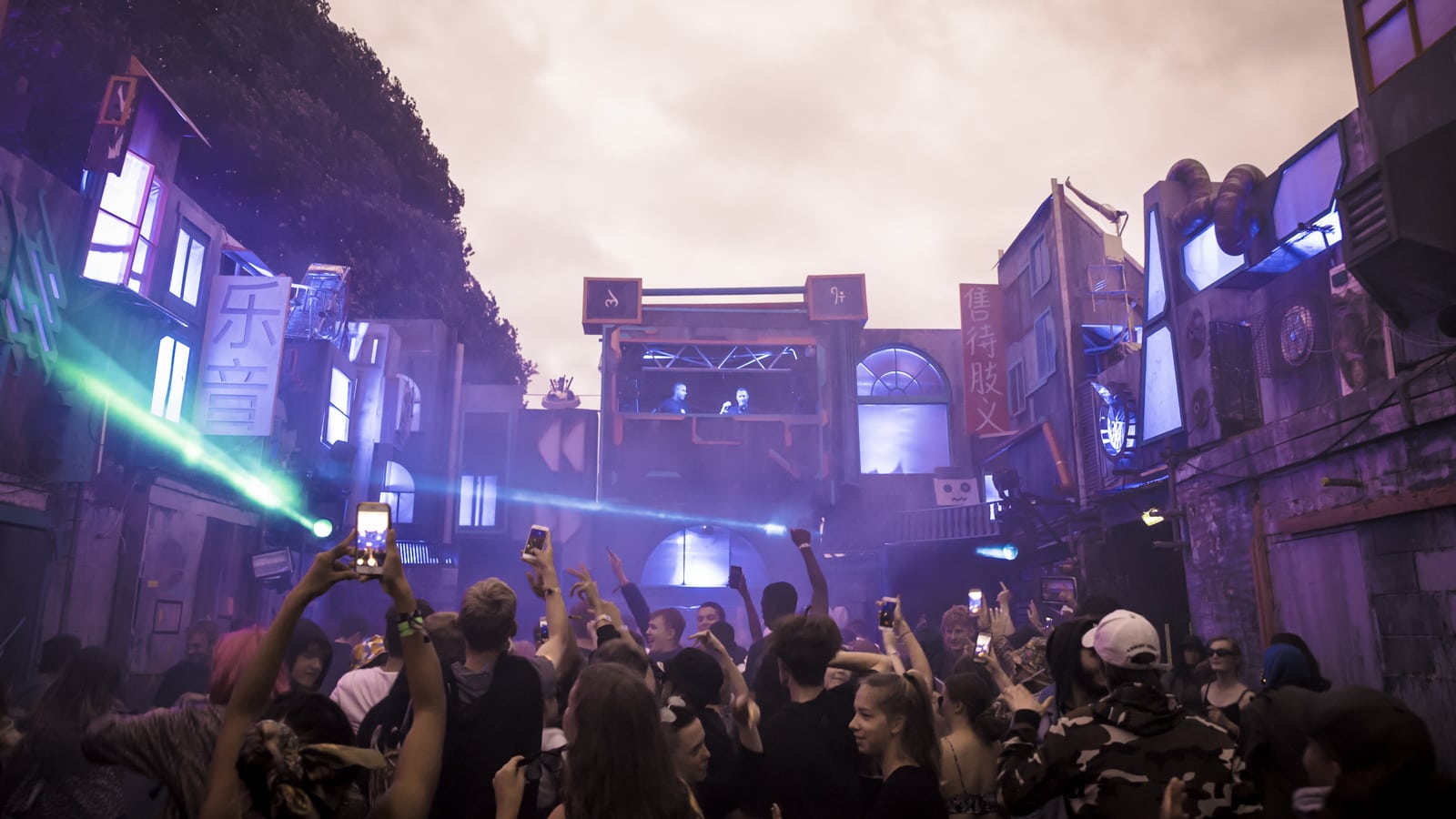 We Come From the Future
The 2018 theme for Standon Calling was “The Future – 4 Worlds” with inspiration like utopia, dystopia, Earth 2.0, or “a nomadic eternity lost in the great cosmos.” While festival patrons sported their futuristic visions throughout the weekend, the highlight was the annual costume parade. Festies went all out for the top prize of tickets to next year’s Standon Calling. 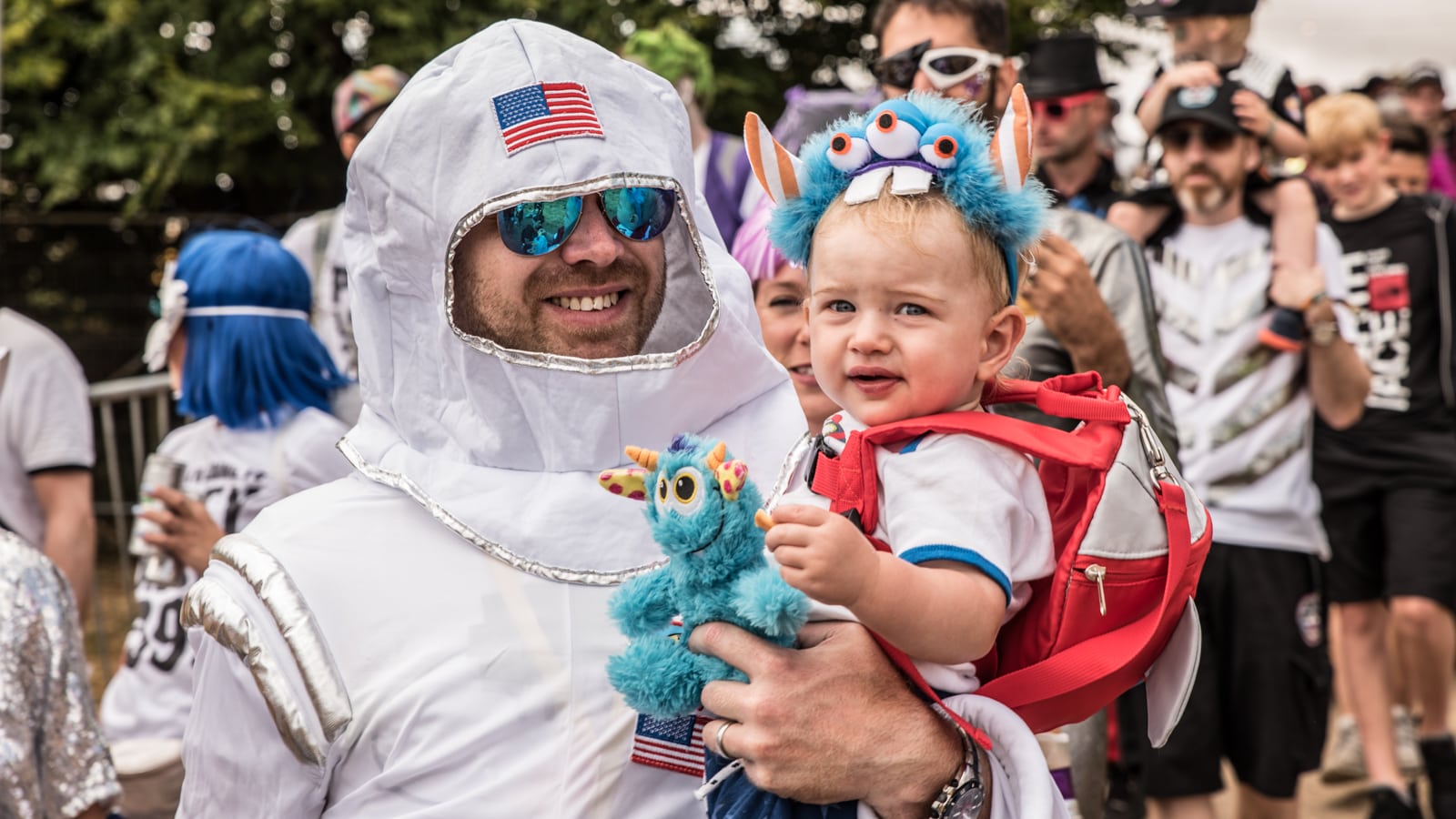 Dog Show!
Standon Calling’s aim is to be the “UK’s dog-friendliest festival”. Mission accomplished. Adorable dogs abounded across the festival grounds, culminating in Sunday’s annual Dog Parade where competitors battled it out in categories like tail-wagging and best eyes. I’ve never seen this many four-pawed friends at 60+ music festivals in 28 countries. 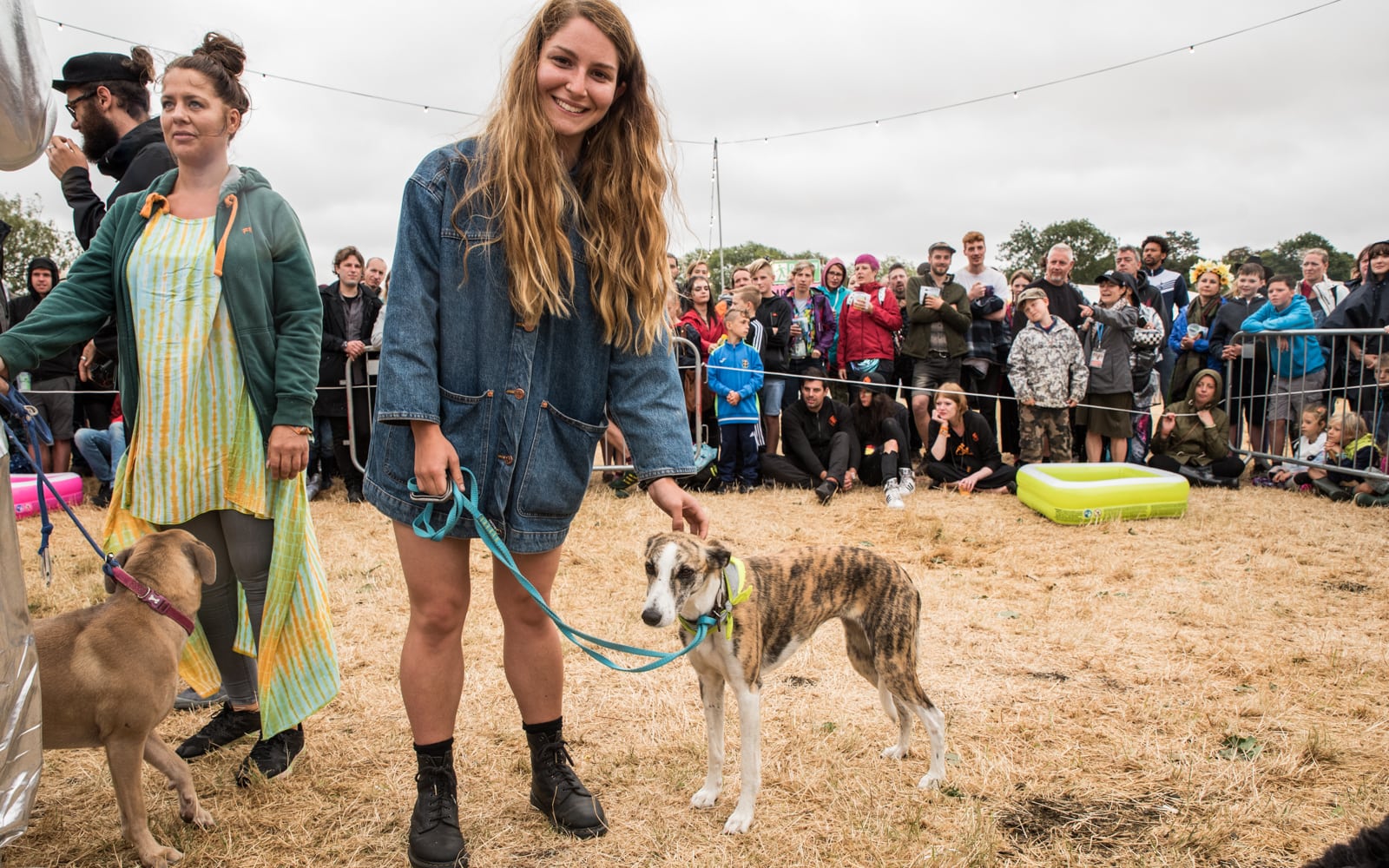 What I Didn’t Like
-While Standon Calling boasted the best reusable cups I’ve seen at a festival, they also charged a £2.50 deposit which wasn’t refundable — a first that I’ve seen at a festival.
-I appreciated the compost toilets at the campground, but nobody used the sawdust, which turned them into a steamy mess by Saturday afternoon.

Dream Wife
The buzz for this punk rock outfit brought me to Laundry Meadows during a rainy Sunday afternoon and Dream Wife did not disappoint. Loud, brash, and unapologetic, they ripped through through a too short set. 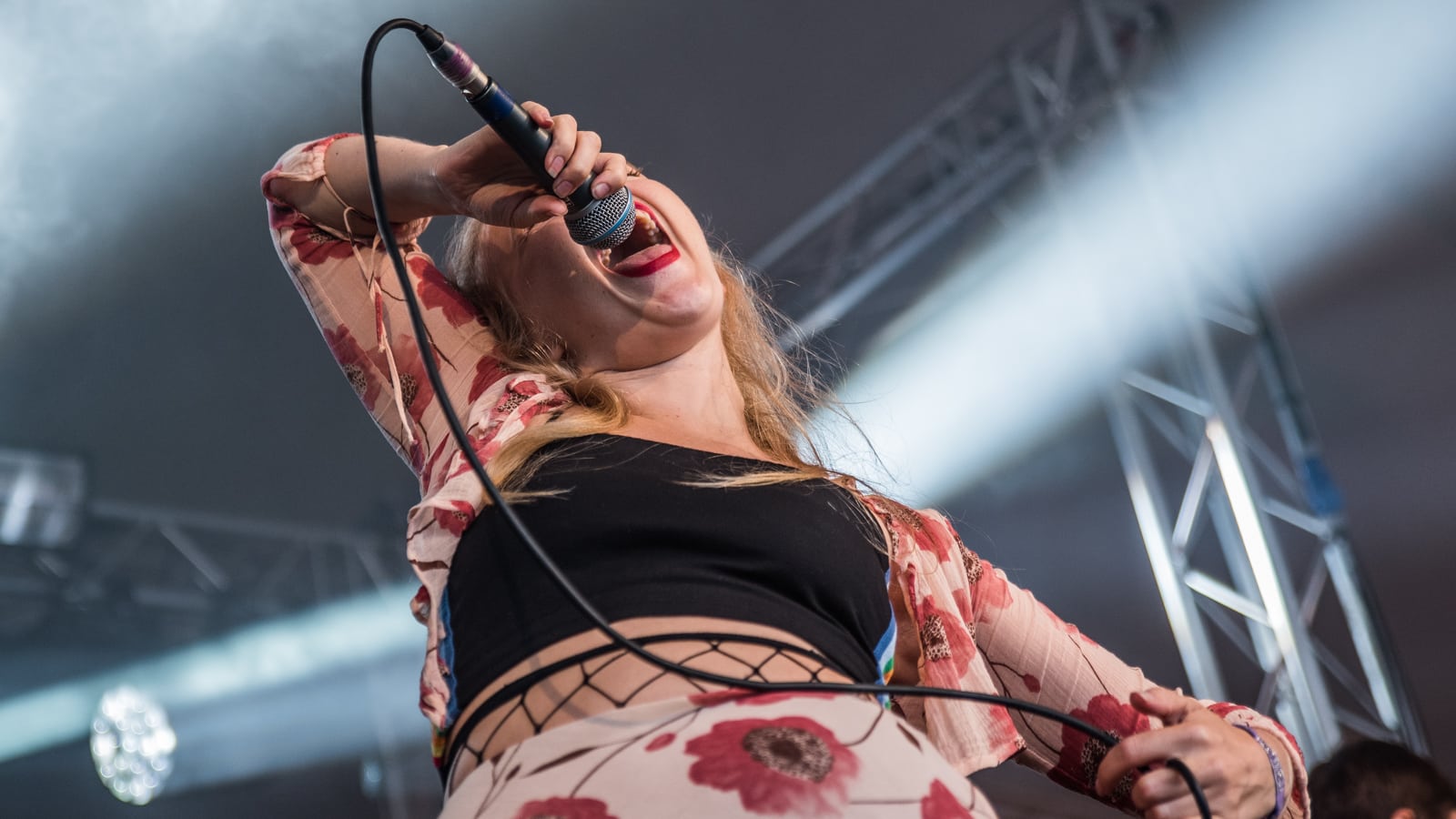 The Howl and the Hum
Sunday was a standout day of rock at Laundry Meadows from beginning to end. Named after an Allen Ginsberg poem, The Howl and the Hum won me over with their Floridans-are-fucking-nuts inspired song called “Don’t Shoot the Storm”. 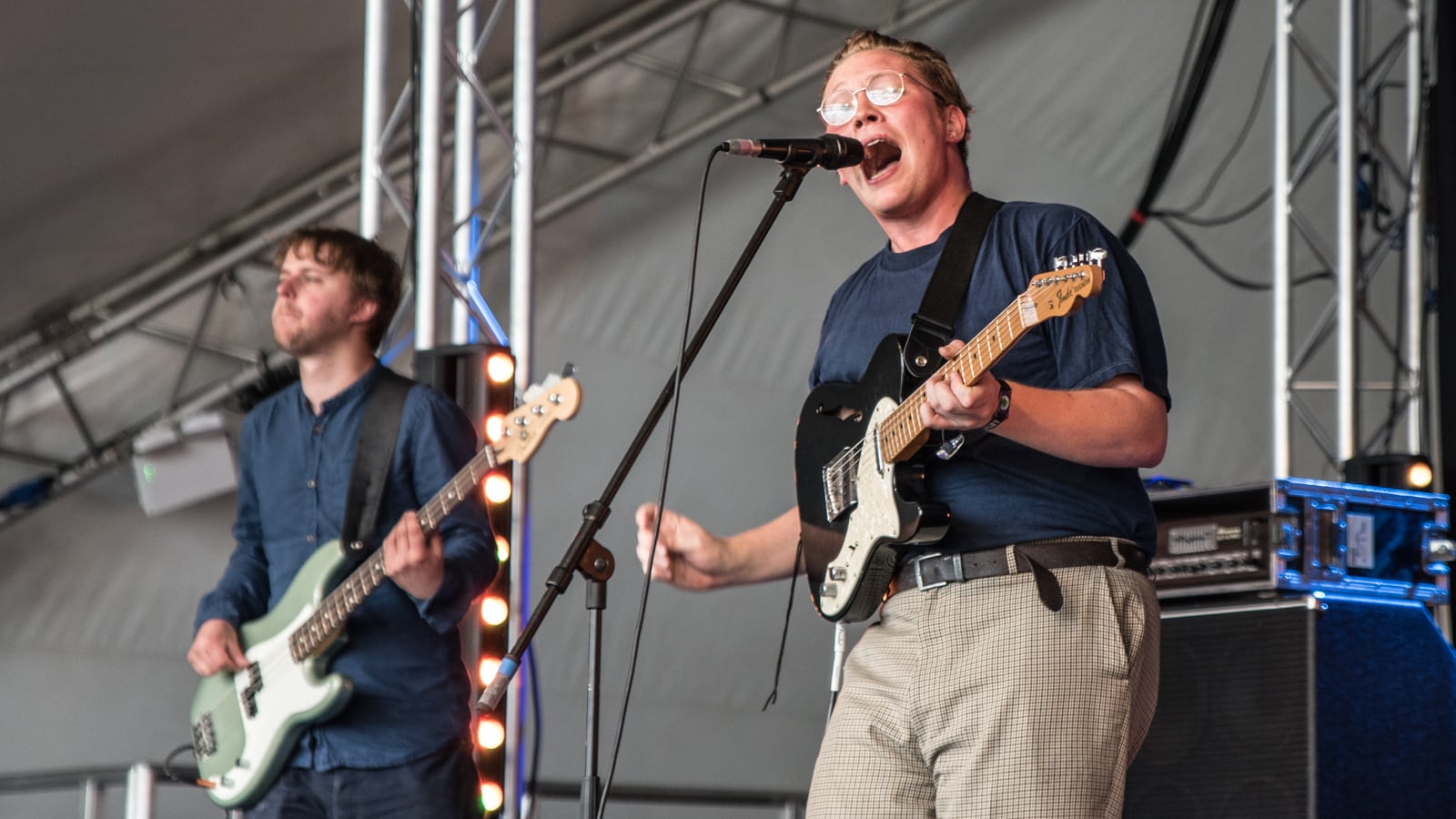 The Howl & The Hum

Queen Zee
Apparently I’m down with this whole neu-punk vibe, because this was my second favorite act of the festival. They’re also the opening act for Dream Wife, which sounds like a wicked tour. 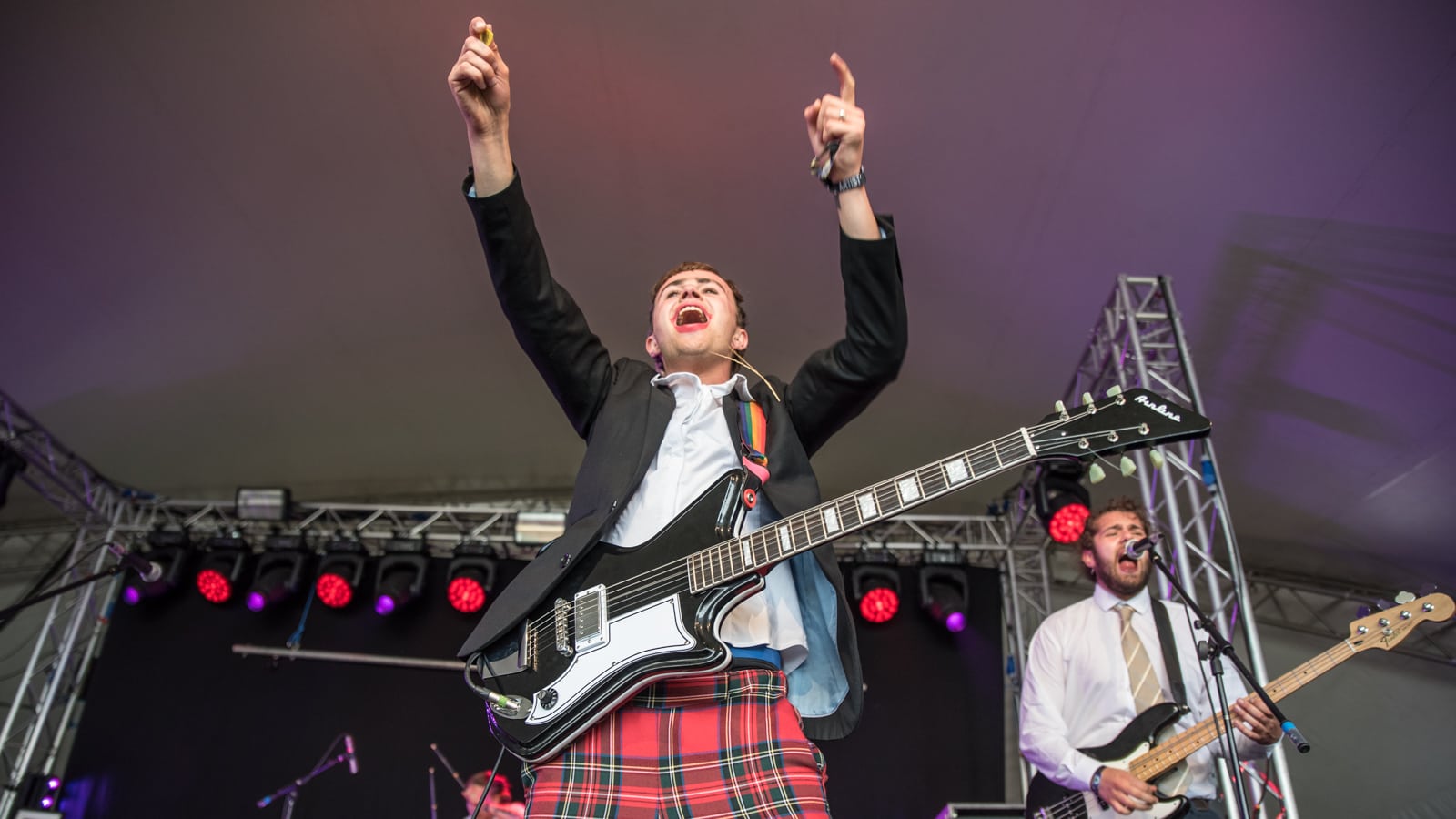 Shame
Another up-and-comer out of the South London scene, Shame put on some shouty rock over at the main stage. Lots of fun, even for this girl below who seems a little bit overwhelmed by it all. 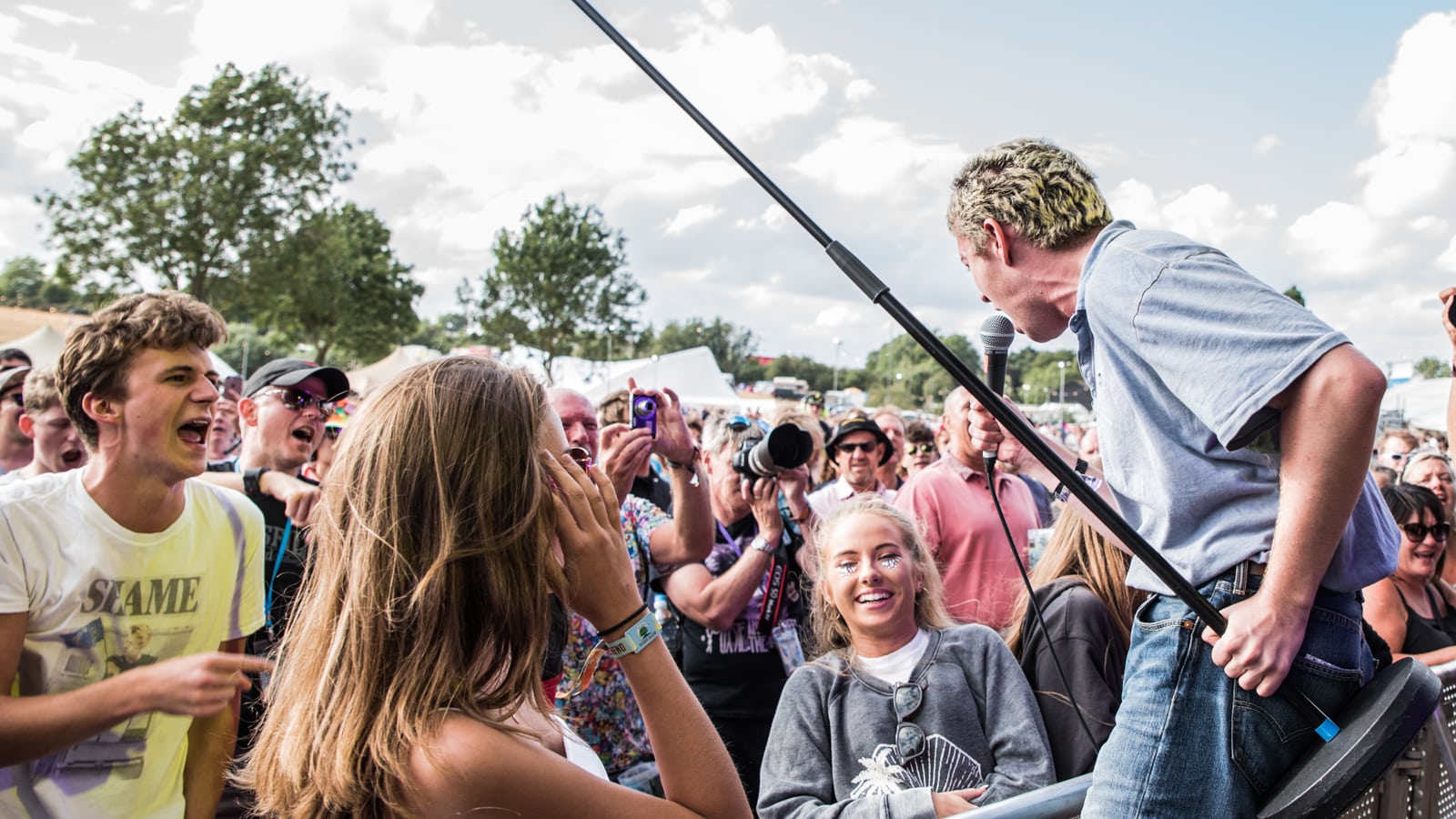 Horrible Histories
On Sunday morning, this kid-friendly performance illustrated some of the worst parts of UK history, and if you thought the British would be classier with children’s education, than you didn’t sit through a 10-minute rap about the night soil men.

Stackable Cups!
The best reusable cups I’ve seen yet. The handles stack together so you can easily carry four or five beers at a time! 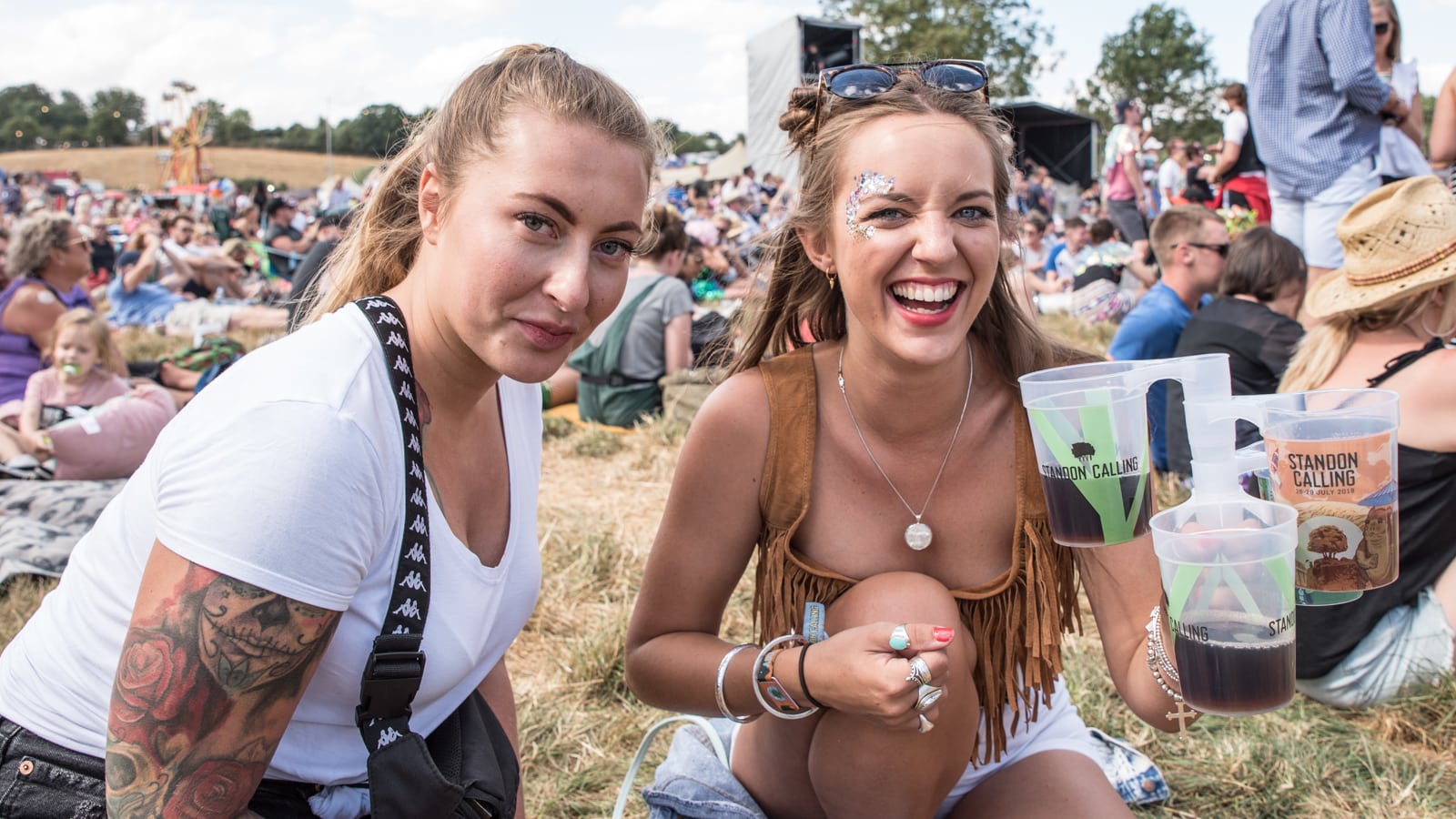 The 50:50 Split
Maybe the Laundry Meadows stage lineup seemed so fresh because I later learned from a small note in the program that organizers focused on showcasing “the best in new music whilst achieving a 50:50 male:female artist split.” It worked. 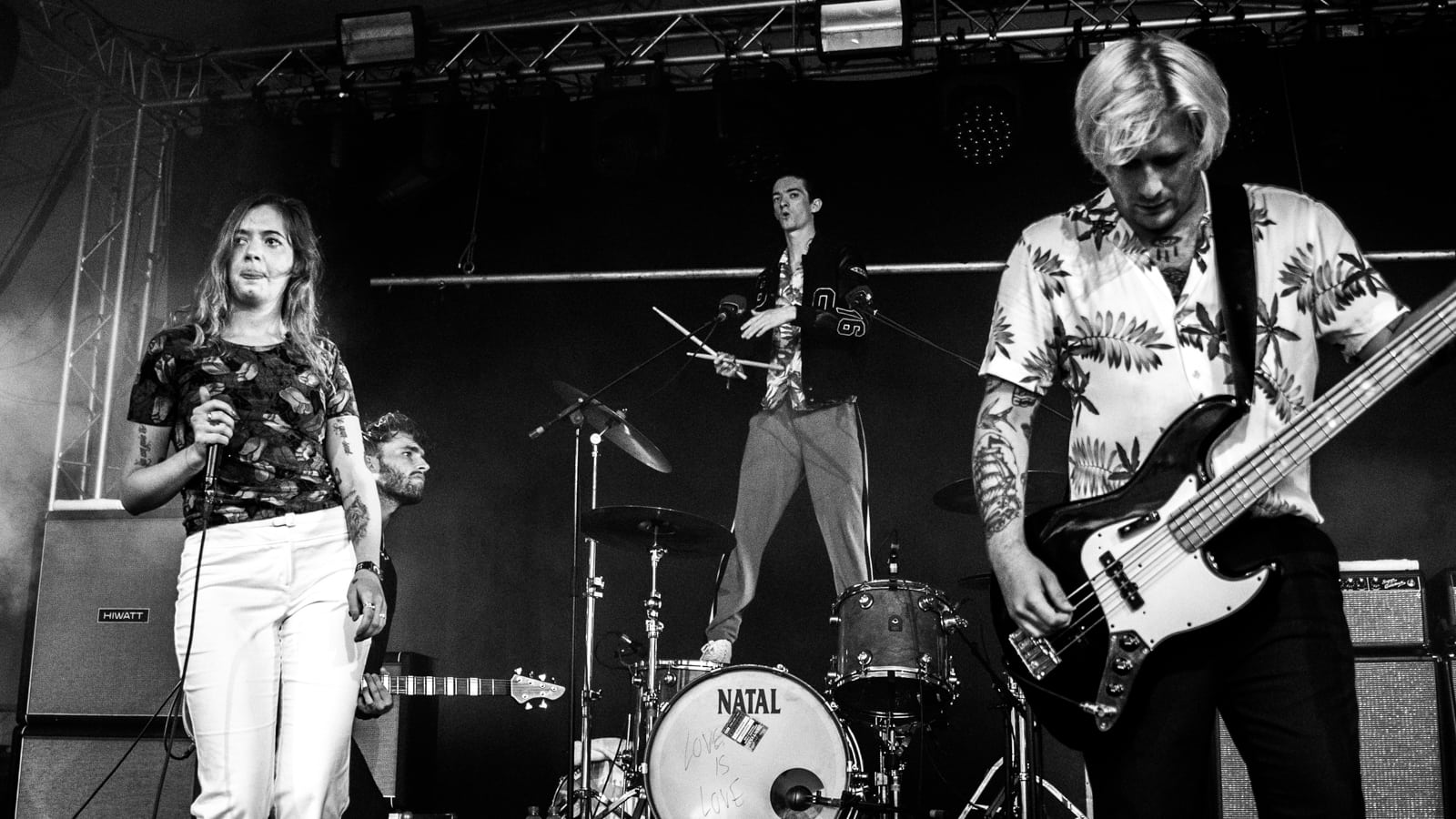 Thar She Blows
The 50-day stretch of rain-free weather in the UK ended about thirty minutes after I arrived at Standon Calling with thunderstorms and the strongest winds I have encountered yet at a festival. I came back on Saturday afternoon to find my stakes had all pulled up from the dry dirt and my tent took a short trip. 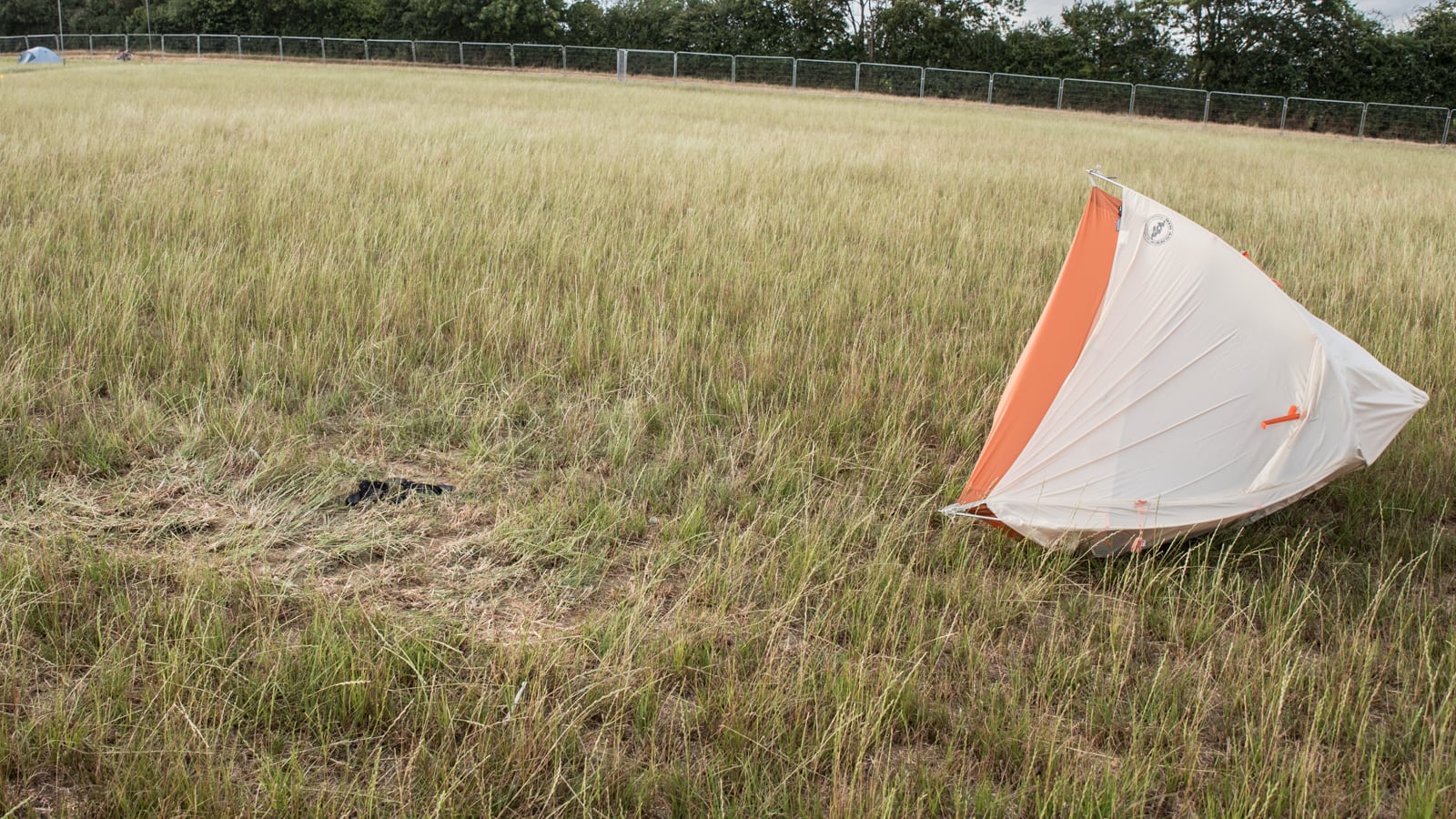 Clumsy Silver Surfer
This guy’s entire schtick was to bump into people with his surfboard while muttering apologies, then swinging the surfboard around to hit another person and occasionally making an comic book reference. 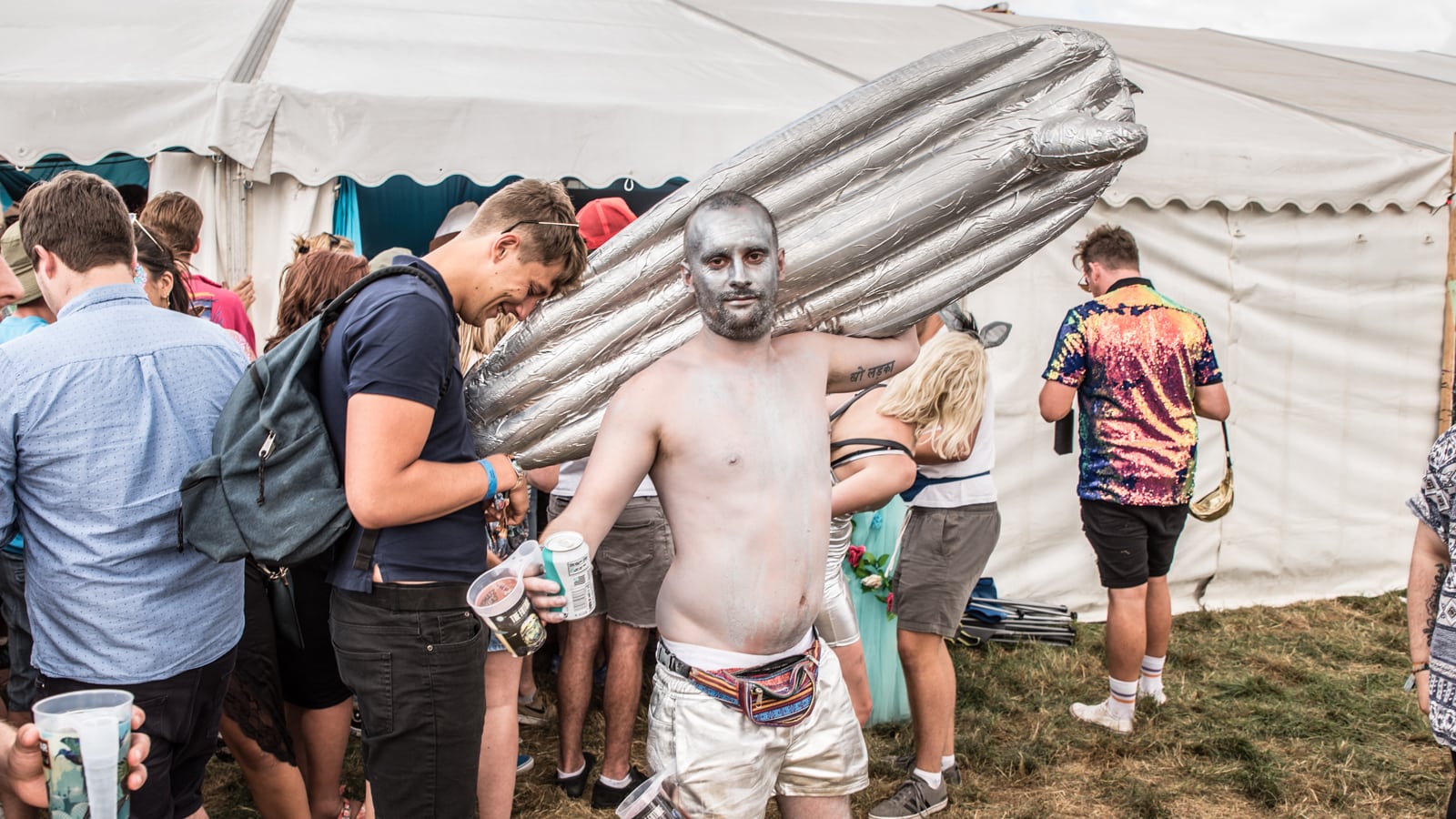 Best Dressed Family
I mean, I’m going to vote for space wizards over robots in any contest, especially the most adorable family in the parade. Look at their buggy! It’s an Imperial Walker! 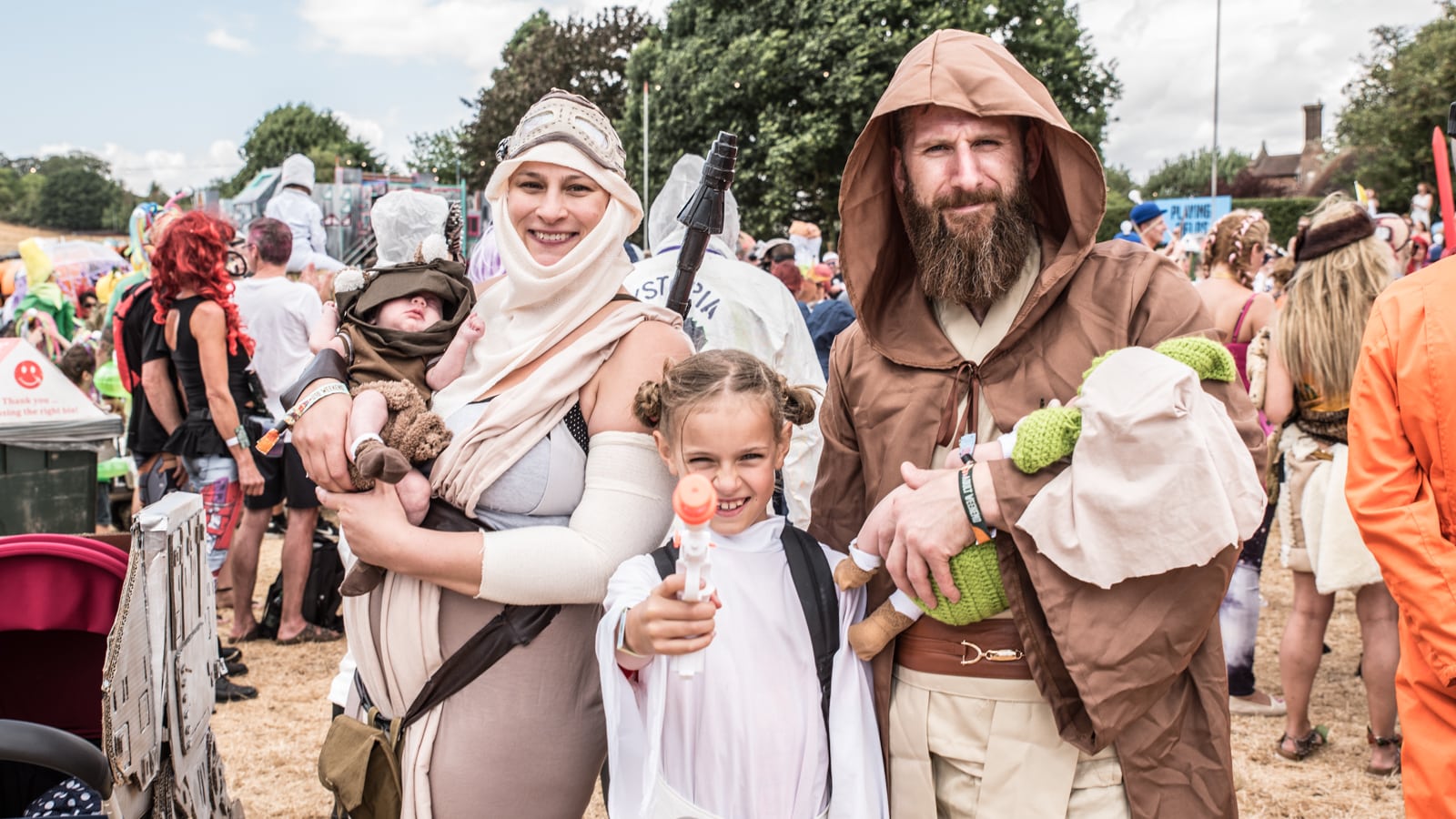 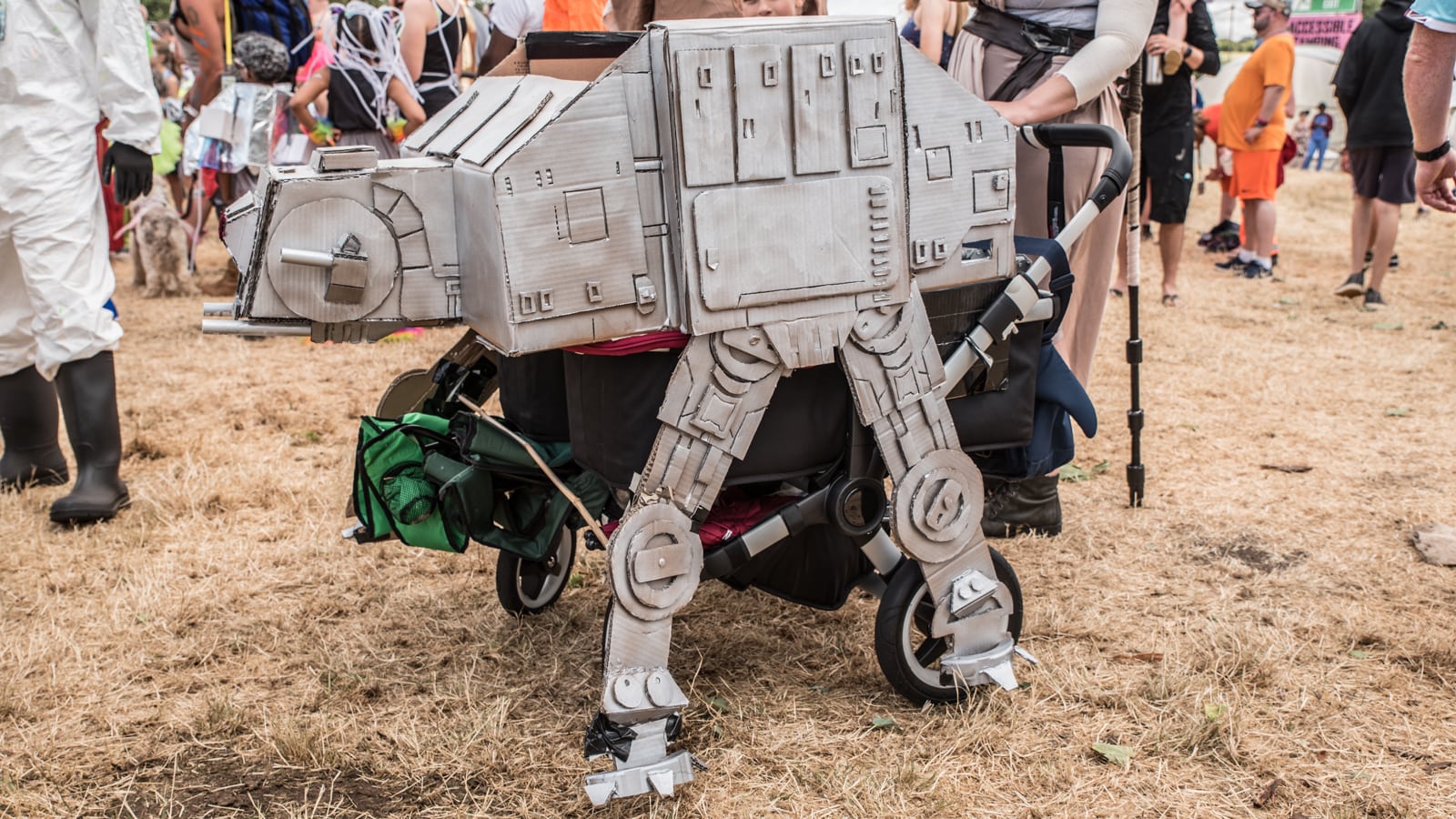 Where Did You Sleep?
There’s not much around the country village of Standon, so most likely you’ll be camping. Having been to an English festival before, I knew the best spot would be at the top of the hill in “Quiet Camping”. There’s also options for family camping, campervans, and a selection of fancy yurts.

How Did You Get Around?
There’s almost nothing in the area to see except endless waves of wheat fields, so you won’t be leaving the grounds. I did sneak on Saturday morning through the “local’s entrance” which found me wandering through cow fields sipping hard cider and nabbing fresh blackberries. The tiny village of Standon looks exactly how you would picture a tiny English village.

How Did You Get There?
The less said about this story, the better. Some comical accent related misunderstandings between “Standon” and “Stansted” led me to getting stuck in bramble covered fence, openly swearing at Winnie the Pooh, and hitchhiking in England (thanks Kevin!). Let’s just say I caught a train from London to Ware ($14 USD/45 minutes) and a shuttle from there to the festival entrance ($9 USD/15 minutes).

Standon Calling strives to include something for everyone, keeping it safe and fun for families, while showcasing some of the best new music alongside established older bands. After two months in other countries it was a treat to see the English playing fancy dress once again. To see more photos of the artists and the costumed fun, click over to the photo gallery.