Only a few years old, Siren’s Call in Luxembourg City is already making a mark on the festival scene in the BeNeLux region. The single day fest showcases a wide range of indie rock at Neumünster Abbey, one of the most breathtaking venues on the continent. 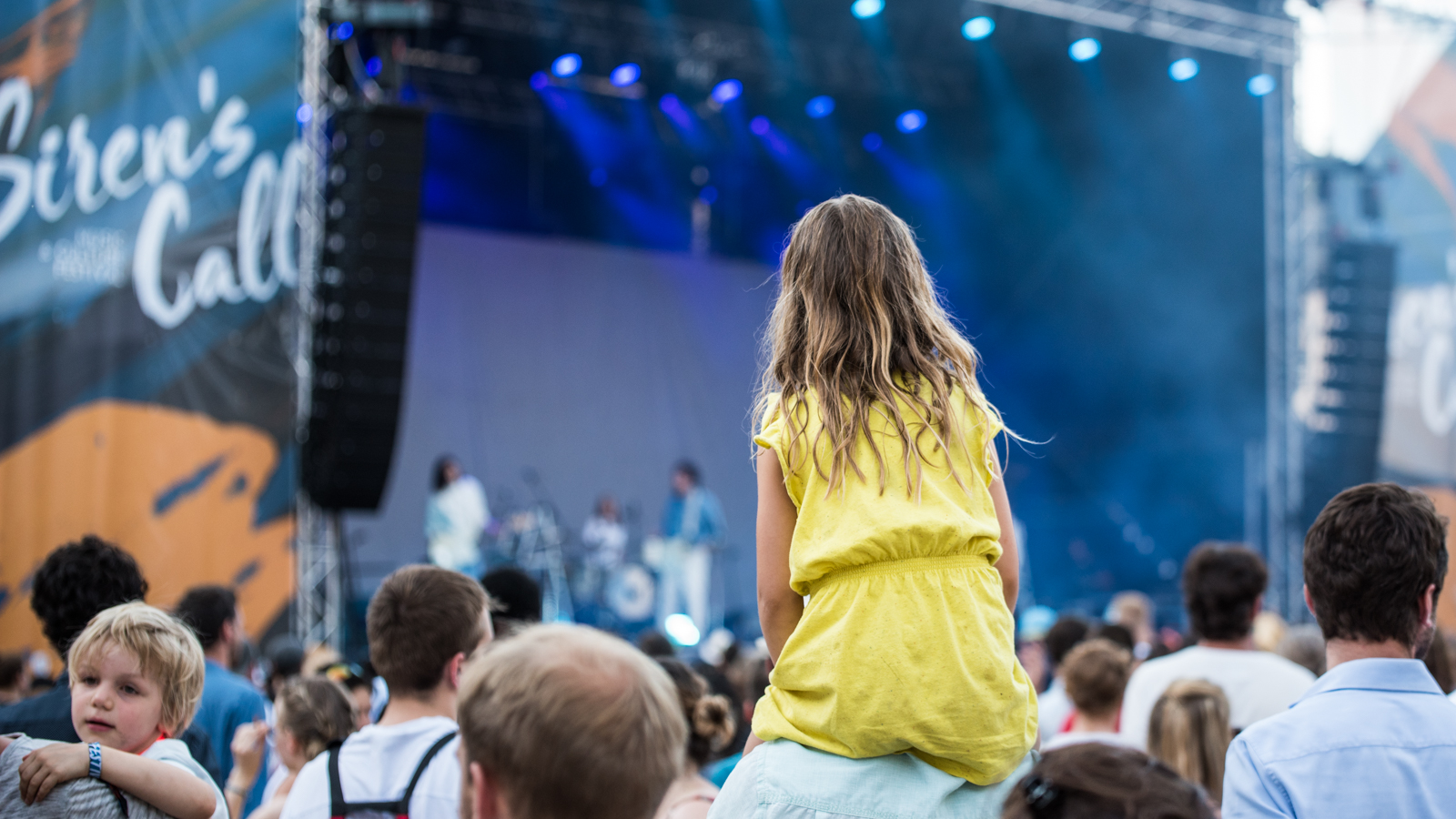 Luxembourg! It’s another first for Music Festival Wizard as we have never covered a fest here, so I’m excited to check out the scene in one of Europe’s smallest countries.

PHOTO GALLERY: THE ARTISTS AND ATMOSPHERE OF SIREN’S CALL 2019 The Venue: Worshipping Music
Wow. What a place to hold a festival. Siren’s Call is held on the grounds of Neumünster Abbey, a beautifully renovated abbey built in 1604. It’s most recent incarnation is as a cultural and events center. The main stage is right in the courtyard with an indoor stage right next to it. Follow the art-filled river and you’ll end up at Melusina, a two-story club with a relaxing patio area. The Crowd:
Luxembourg is a small country bordered by Germany, France, and Belgium,  so the crowd here tended towards international hipsters drawn in by the indie rock lineup. Besides the travelers and tourists, Luxembourg is also a melting pot for expats from around Europe making it one of the more diverse fests I’ve been to this summer. This is a boutique music festival, so if you’re the type of person that hates crowds, you won’t feel the crushing press of anxiety at Siren’s Call. The Music: Indie Rock in the Heart of the Capital
The organizers behind Siren’s Call also used to produce Luxembourg’s largest open-air festival, so they have plenty of experience booking a lineup worth of a single day festival. Cat Power, Metronomy, and Band of Horses on the main stage were worth the ticket price alone, but the side stages offered plenty of interesting bands, including a special performance held inside the church chapel. The Activities
I don’t have much experience covering single day fests, so found it difficult to see all the music and experience the entire festival in the short eight hours that I was at Siren’s Call. There’s yoga right above the water, festies could wander around the art galleries of the alley, and readings in the courtyard. Favorite Set: Band of Horses
In North America, you would probably see Band of Horses as the headliner of the show, but over here in Luxembourg, they’re playing one of the earlier sets of the day. That’s fine by me, as BoH is a solid band to kick off any festival and bring it into the evening. Festival All-Stars: IDLES
I was sitting at the main stage wondering why it was taking so long to set up for the IDLES show until realizing that they were actually playing at a club down the street. I made it over by the second song, but Melusina was densely packed in a sweaty, loud mess of bodies – pretty much perfect for an IDLES set (although far less perfect for photos). New Favorite Band: The Holy
A six piece group from Finland, the Holy was a religious experience to behold, but c’mon, they should have been playing inside the church with that name! Most Dramatic: Cat Power
Charlyn Marie Marshall, known as Cat Power, showed up ten minutes late waving incense around the stage. She then grew so irritated with us photographers that we were banned to the wings of the pit – a command I didn’t hear because, you know, I’m wearing ear plugs. She finally stopped mid-song, gave an exasperated “I can’t even”, and had us all removed from the photo pit. I Love Church
Seriously, this abbey is one hell of a place to throw a festival. I Don’t Belong in Church
After being approached for the fourth time warning me not to make any noise or move or breathe during the performance by Claire Parsons & Uriel Barthelemi, I bailed before it even started, so here’s a shot of the church and their instruments. Be quiet at a music festival? Only in Portland. What’s the Prime Hours for Music? Doors open at four, but most people didn’t show until Band of Horses at 6:00 pm. The majority of the festival wrapped up by midnight with Metronomy playing a late night DJ set until dawn.

What’s the Weather Like? Just about perfect. Sunny skies and Luxembourg in June go together like festivals and wizards.

How Do I Get There? Luxembourg City is very walkable. It only took me twenty minutes to walk from the main stage to the train station. The bus is even faster – and it’s free on Saturdays!

Where Do I Sleep? If you can afford it, the old town looks like the set of “Europe: The Movie” which is a bug or a feature depending on our your travel personality. Cheaper accommodations are right next to the train station. I can vouch for Ibis Styles, a no frills hotel chain that has become one of my favorites in Europe. Can we make please make this a two-day festival? Siren’s Call is so well done that I’m wishing for a second day and more time to explore the grounds. Neumünster Abbeyy is a one of a kind venue that’s worth visiting, especially with these types of lineups.