At the end of summer, more than 15,000 festies descend on the sun-drenched beaches of Montenegro for the Sea Dance Festival. Taking place in a scenic seaside village, spend the warm days lounging next to the clear blue water of the Adriatic before embarking on an all-night dance journey. 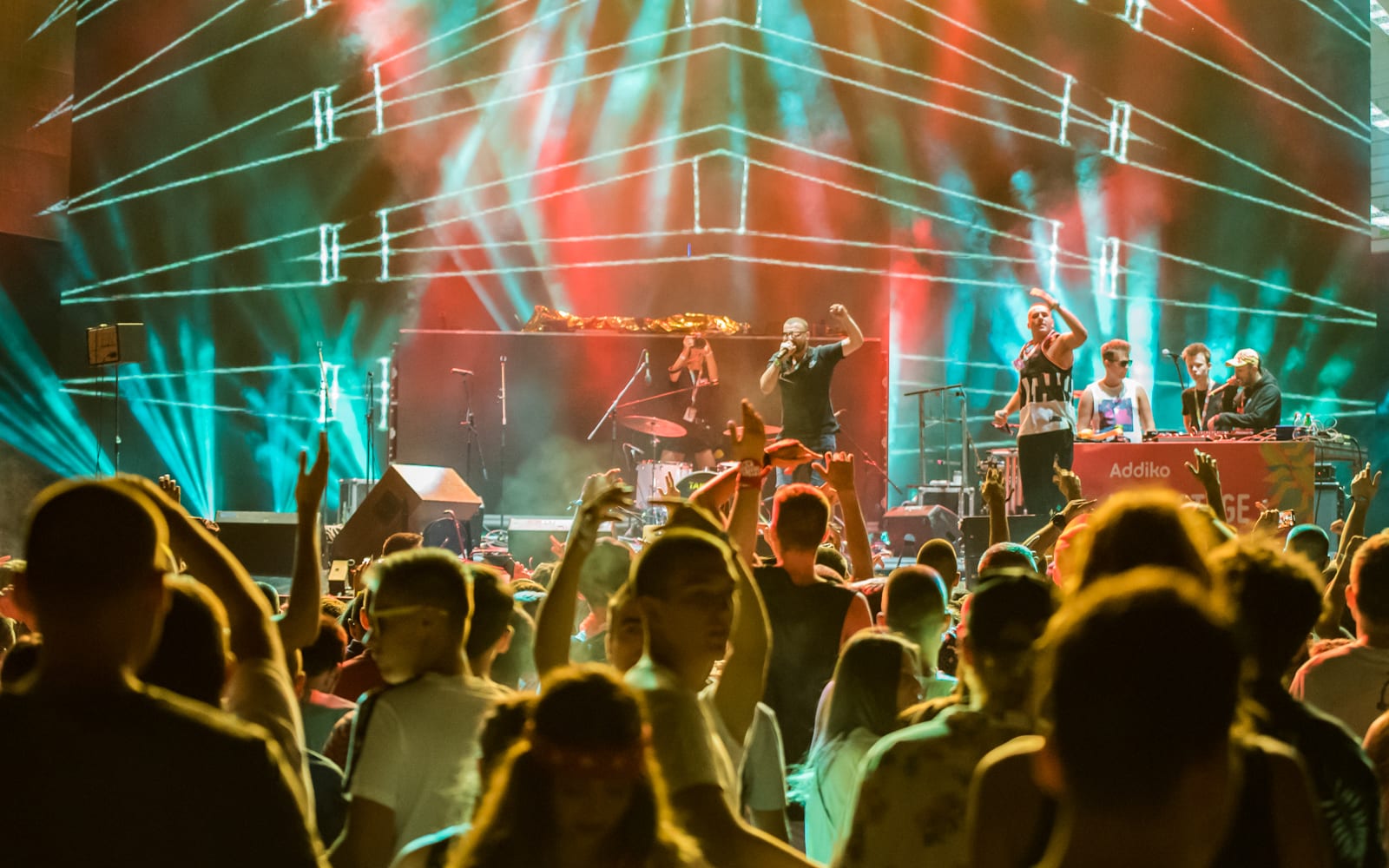 Spun off from the legendary EXIT Festival in Serbia six years ago, Sea Dance is one of the first major music festivals to take place in the tiny country of Montenegro. I’ve been trying for the last few summers to make my way to one of the most stunningly beautiful countries in Europe to cover Music Festival Wizard’s first ever festival in Montenegro. 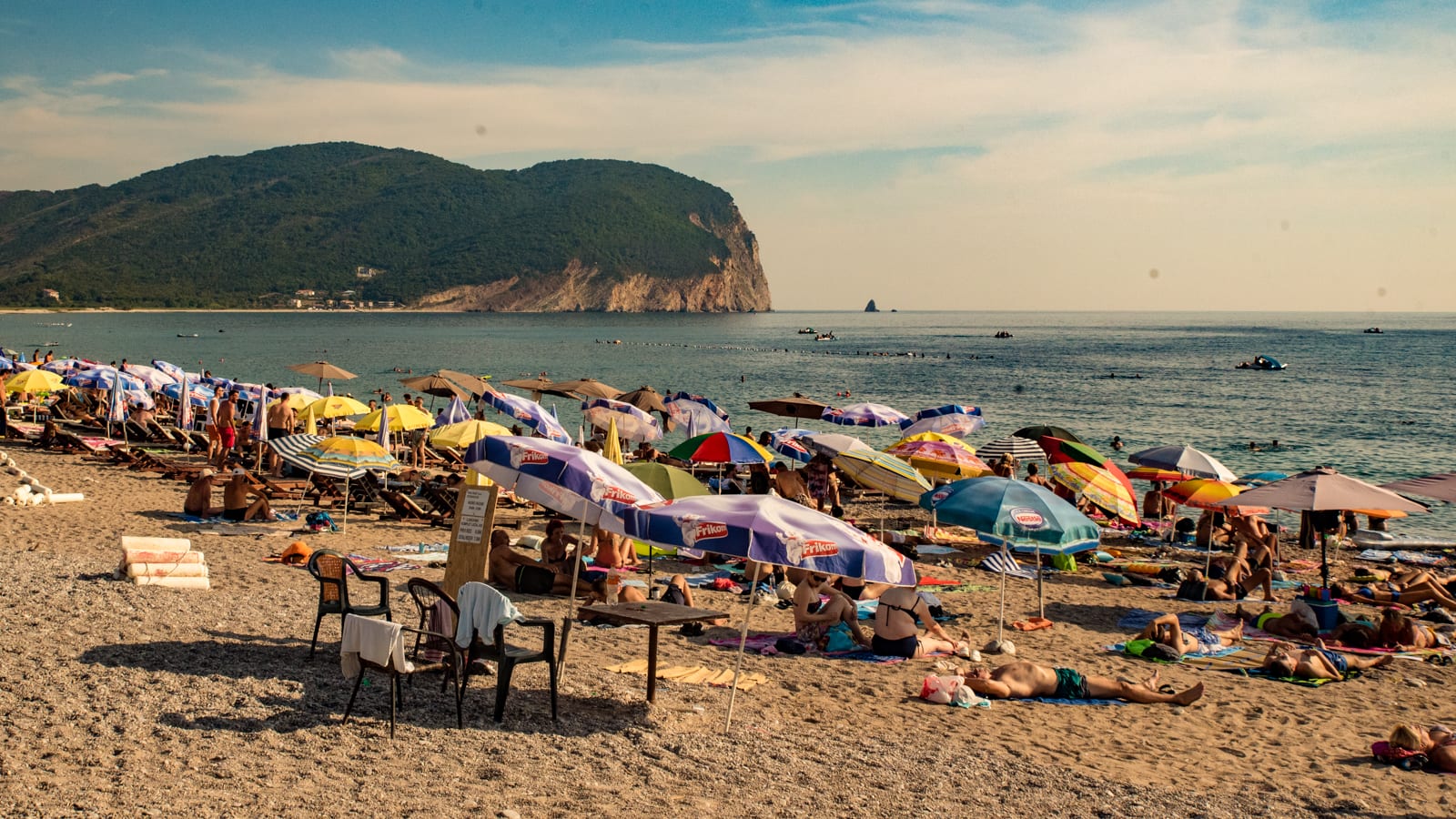 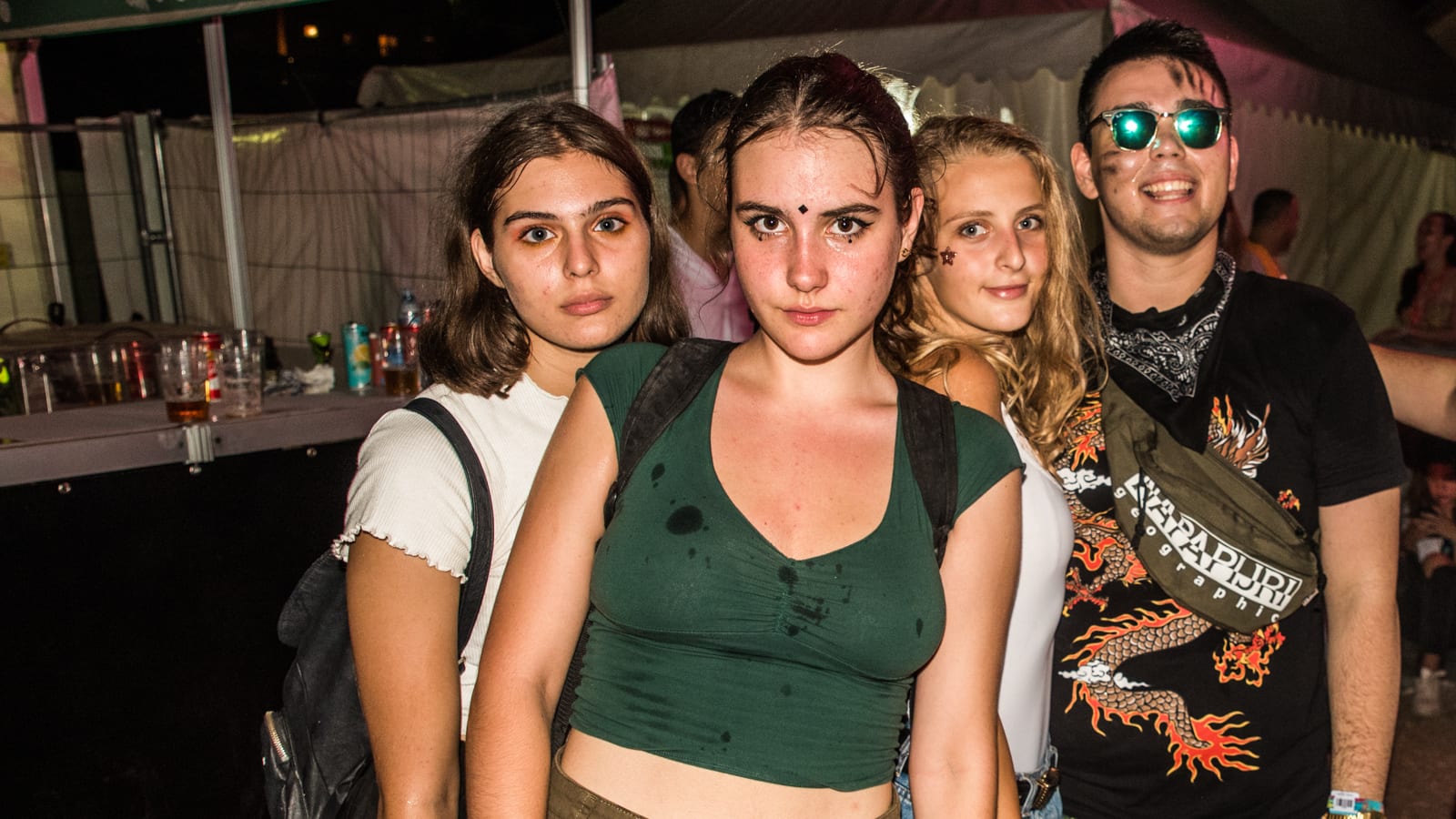 The Venue
When they say “Sea Dance”, you are literally dancing on Buljarica Beach with two stages blasting out electronic music all night. You can even dip your toes into the water or take a quick swim at the end of the night. A quick note here – this is not a sand beach, but rather small rounded rocks so I recommend wearing some solid footwear instead of sandals as you may find yourself sliding around on some stones. Sea Dance is very cosy and even on the most packed night, I didn’t feel overwhelmed by the crowd. The stages are less than minutes apart so you don’t suffer from too much festival fatigue. 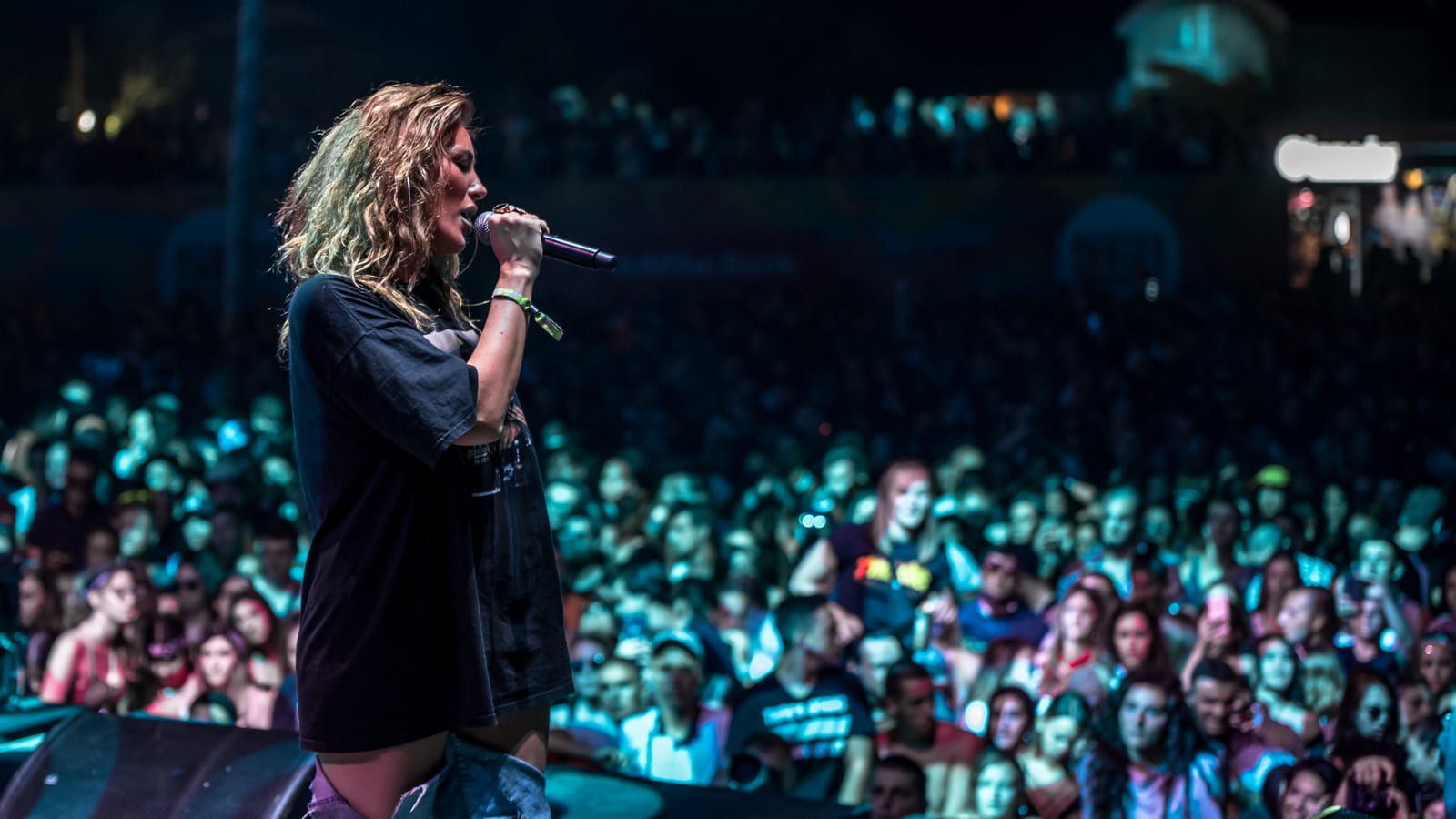 The Crowd
Sea Dance pulls in an estimated 15,000 fans over the weekend with Sunday’s audience being the largest. The bulk of attendees were locals or internationals day-tripping in for an evening on their Montenegro beach vacation. And with a direct train to Belgrade, a significant part of the crowd traveled in from Serbia. 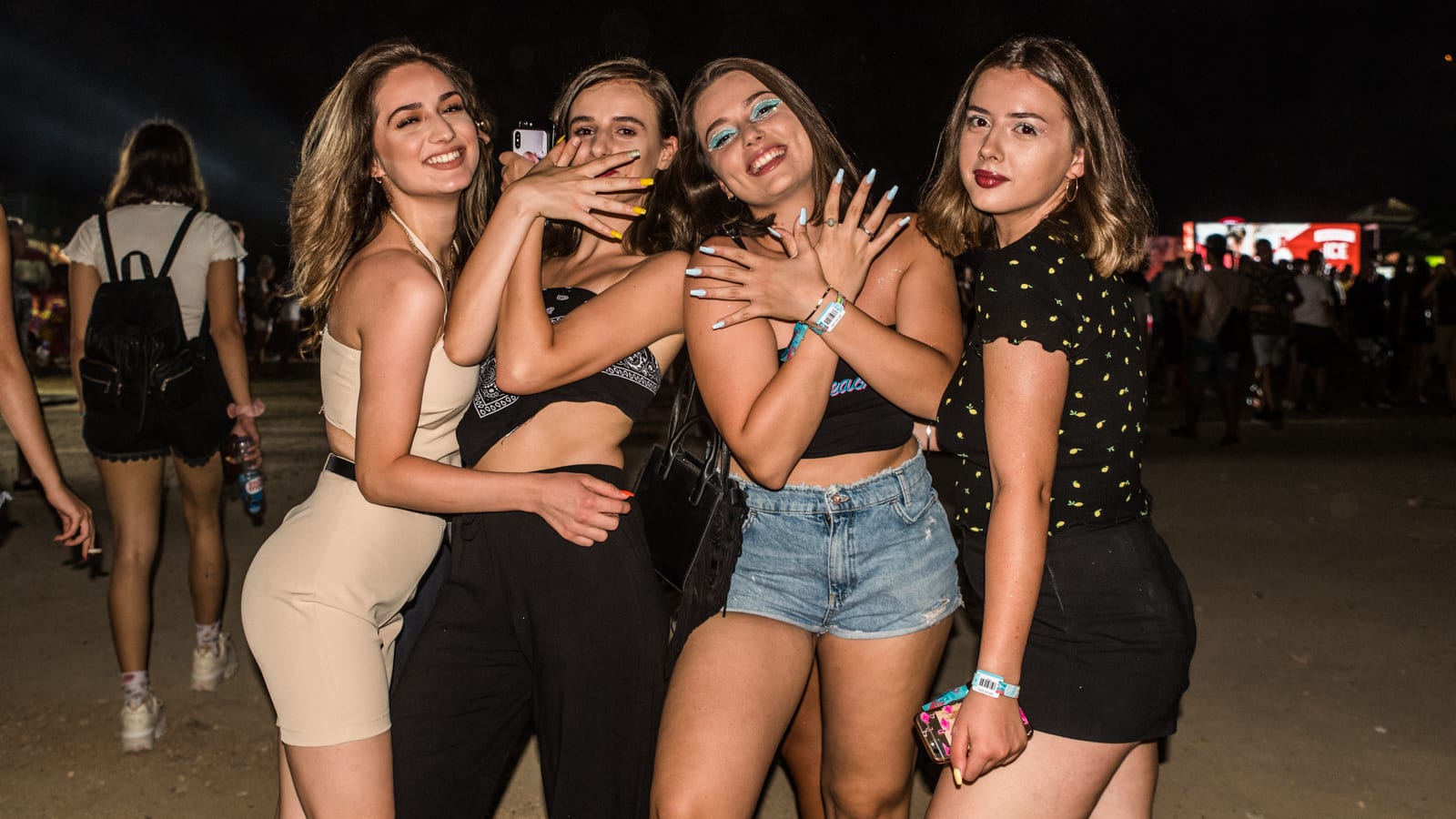 The Music
While Sea Dance may skew heavily towards the electronic side of genres, the early evening main stage kicked off with a mix of Balkan hip-hop, rock, or folk music. The star of the festival was David Guetta on Sunday night which saw a packed audience fill the main arena for both his set and Disciples. Other highlights for me included regional favorites like Senidah, Darko Rundek & Ekipa, and Darko Milsevic. 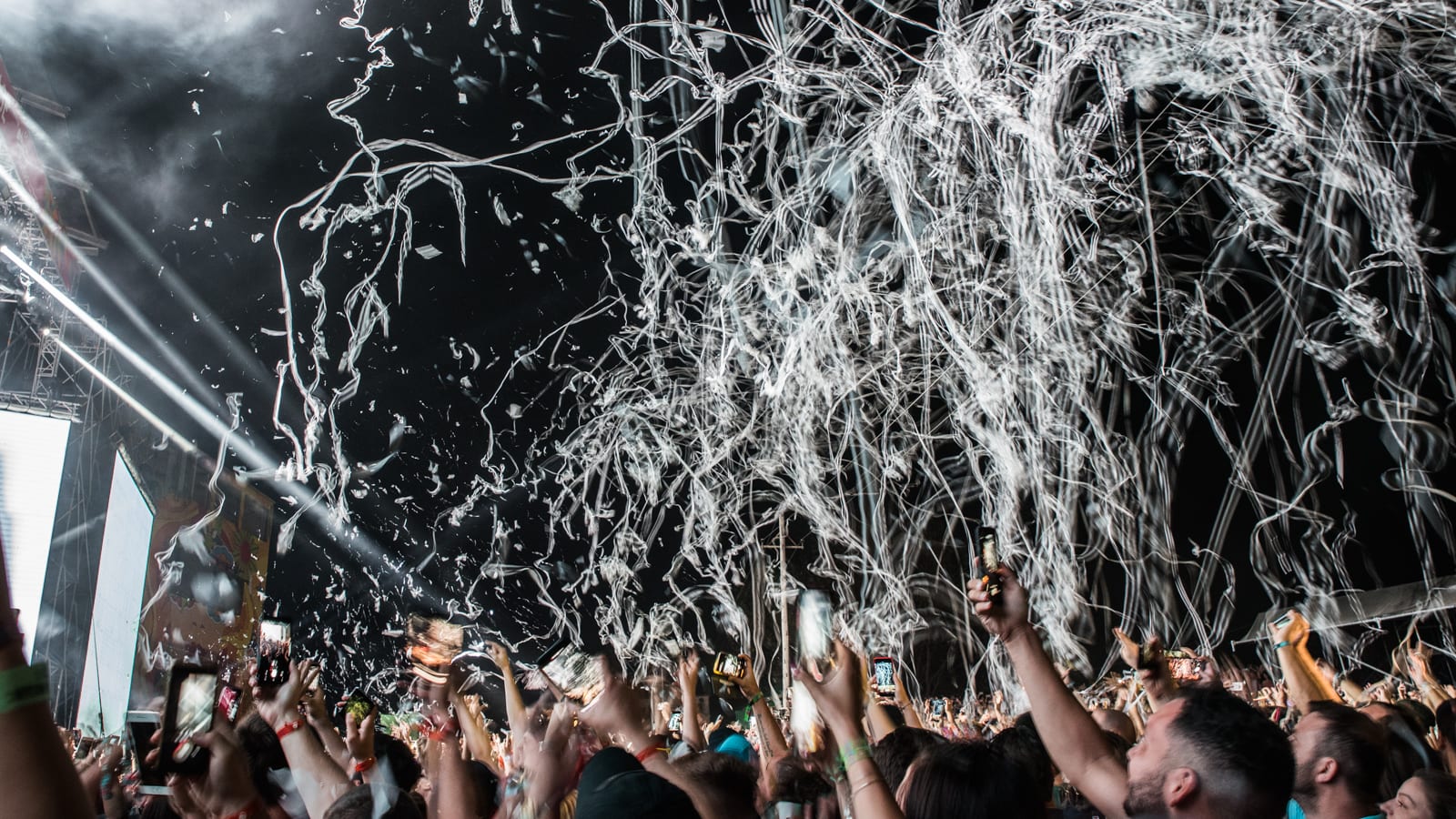 The Camping
Spending the night in a tent at a Balkan festival is futile as you’ll be dancing until dawn, and the sun is already on full blast by eight in the morning. Still, the camping at Sea Dance is quite nice and inside a permanent campground with showers, toilets and a dense grove of shady trees. Oh, and the beach is only a five minute walk and the front gate just 10 minutes away. 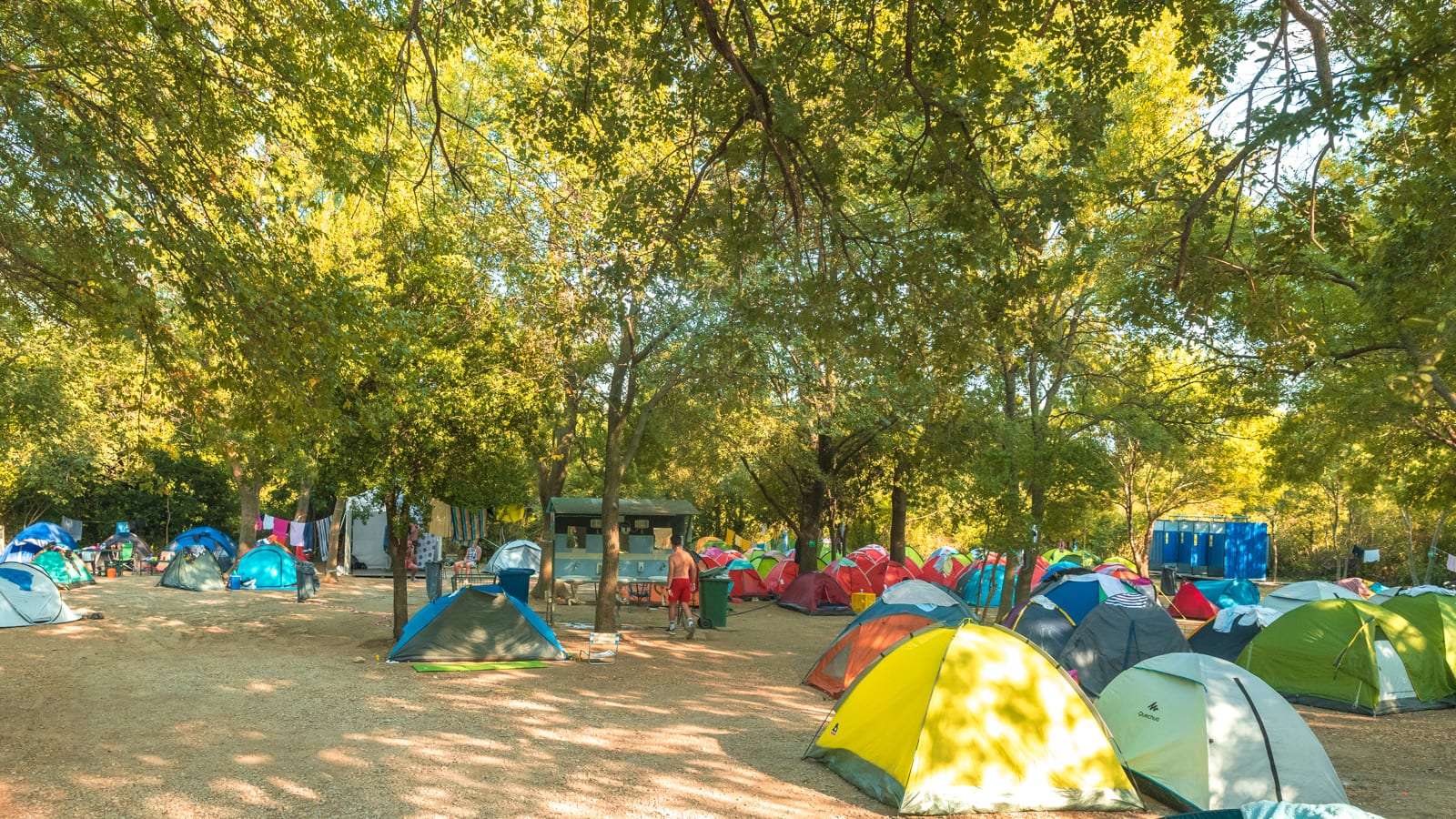 Beautiful Buljarika Beach
This spot really is pretty. The lights on the right are from the No Sleep Stage at Sea Dance and there’s a lighted concrete path that leads up and over that hill to the nearby town of Petrova which has a ton more lodging options. 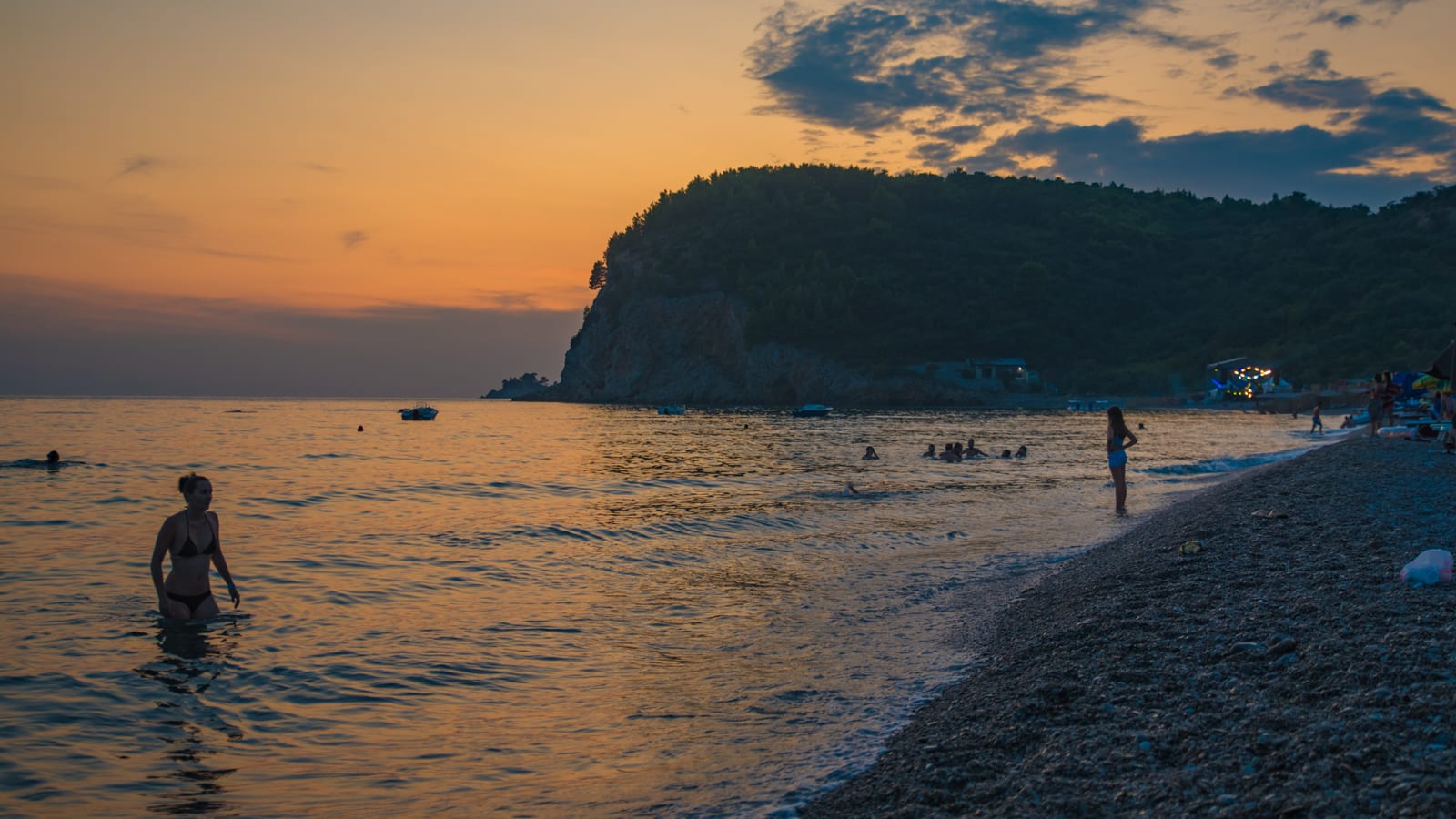 Best Tip
Because Sea Dance is part of the EXIT family of festivals, you can uncover some screaming deals on tickets to both festivals, especially when you purchase the early bird tickets. 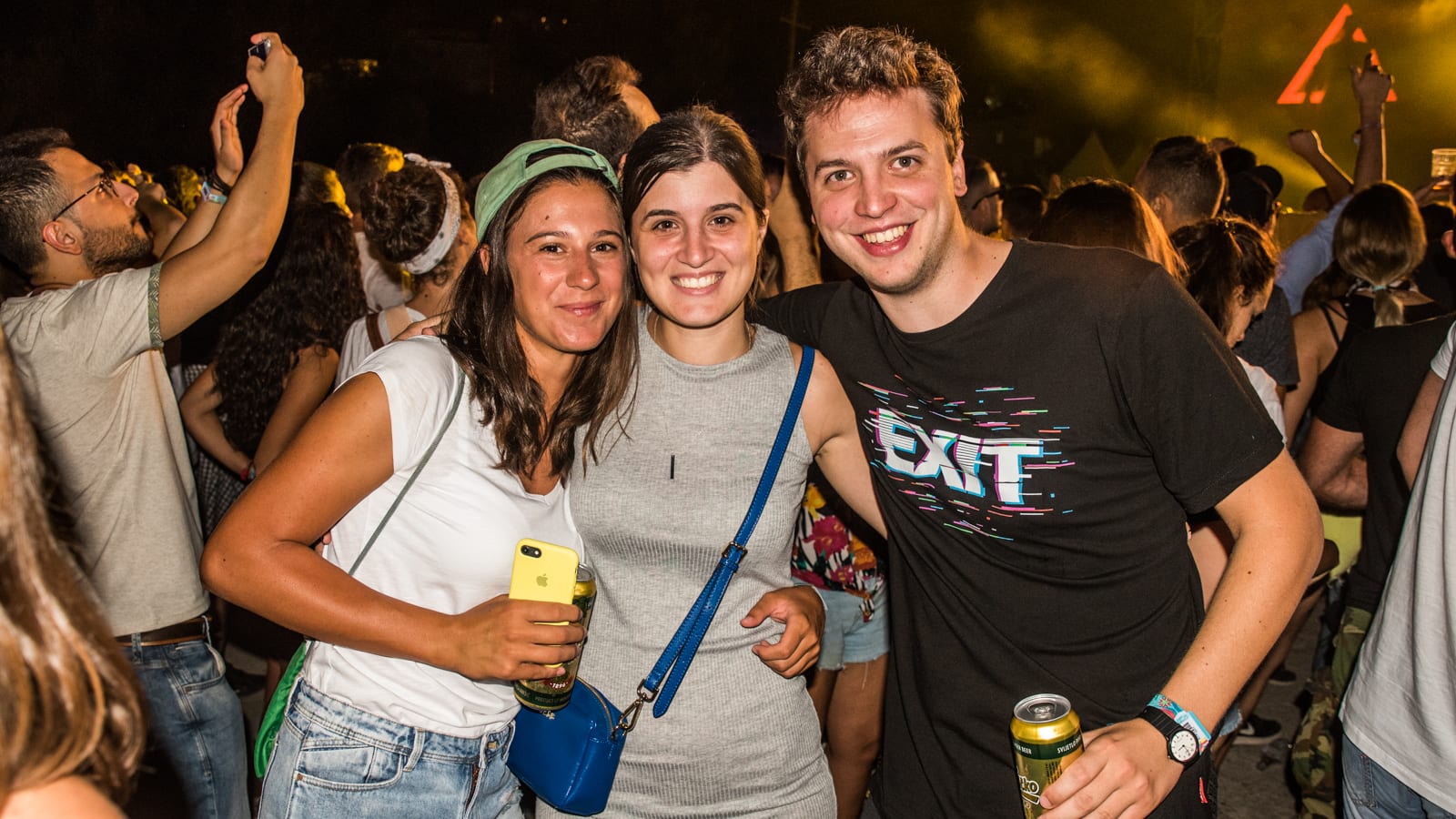 Creepiest Mask
This is the kind of stuff that gives me nightmares, but I can appreciate that he’s both a monster, a pirate, and a Nike aficionado. 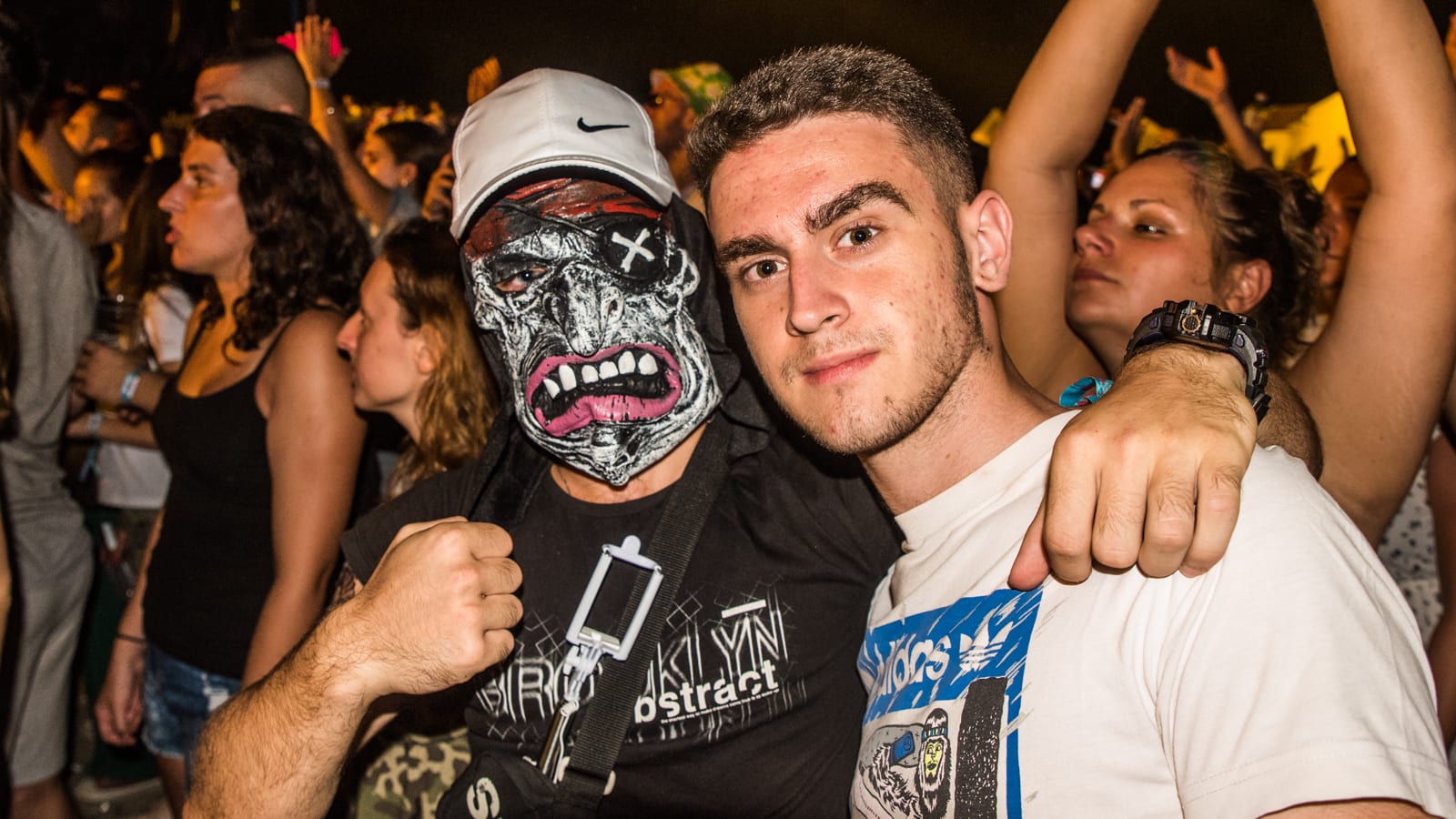 No Irony Ice
I’m not sure what overly sweet hold Smirnoff has on Balkan festivals, but this is the fourth one that I’ve attended (including a beer festival!) that’s littered with the syrupy concoction that should only be used for pranking your friends. 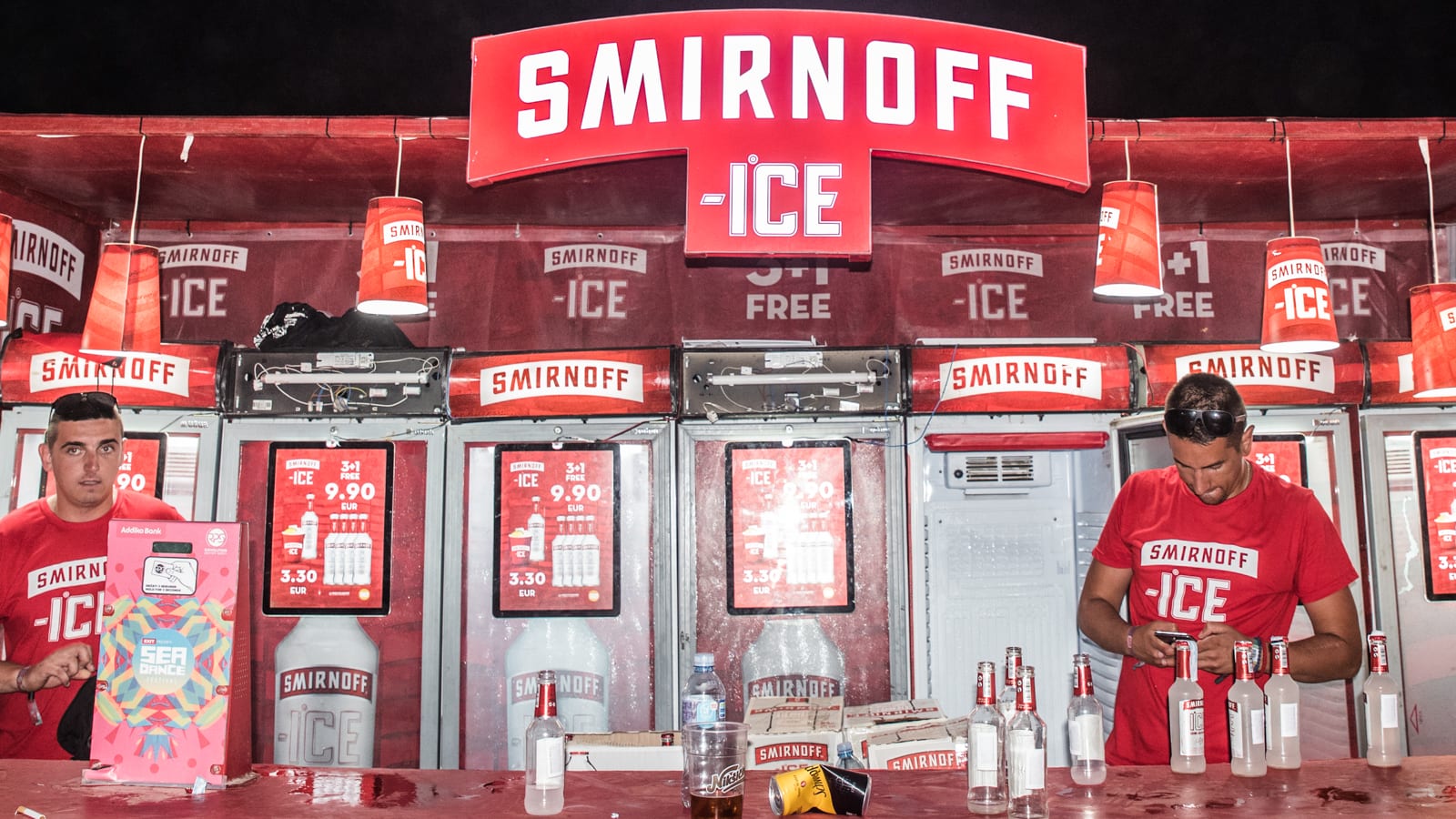 What currency do they use? Montenegro uses the euro and the festival had an ATM on site. There is no other place in the village to withdraw or exchange money so make sure to bring plenty of cash with you if you’re camping or staying in town just in case you have an issue.

What’s the weather like? Its still the height of summer even in Montenegro so pack for the beach. All three days were sweltering hot and humid with the nights cooling off just enough to be comfortable.

How is security? Once you go in, you’re in for the night so plan accordingly. Lines were short with light body and bag searches. The whole vibe is much less intense than Serbia or Croatia. As always in the Balkans, never accept anything from a stranger — it’s usually an undercover police officer.

Where did you sleep? I spent three of the hottest hours of my life sleep-sweating through the first night before tracking down an air conditioned room at a charming yoga retreat. If I had the time I would have stayed for a week at Mahakala Center to replenish my body with yoga, my mind with mediation, and my health with their all vegan diet. But you know, I have to get to the  next festival.

How do you get there? I took a five hour ride with a charismatic French bulldog via Blablacar from Sarajevo through the dramatic scenery (bus was 10 hours. There’s a famous train from Belgrade to the Suntomare (the closest city about 5 minutes away, and the closest airport is the capital city of Podgorica (about 60 kilometers north) 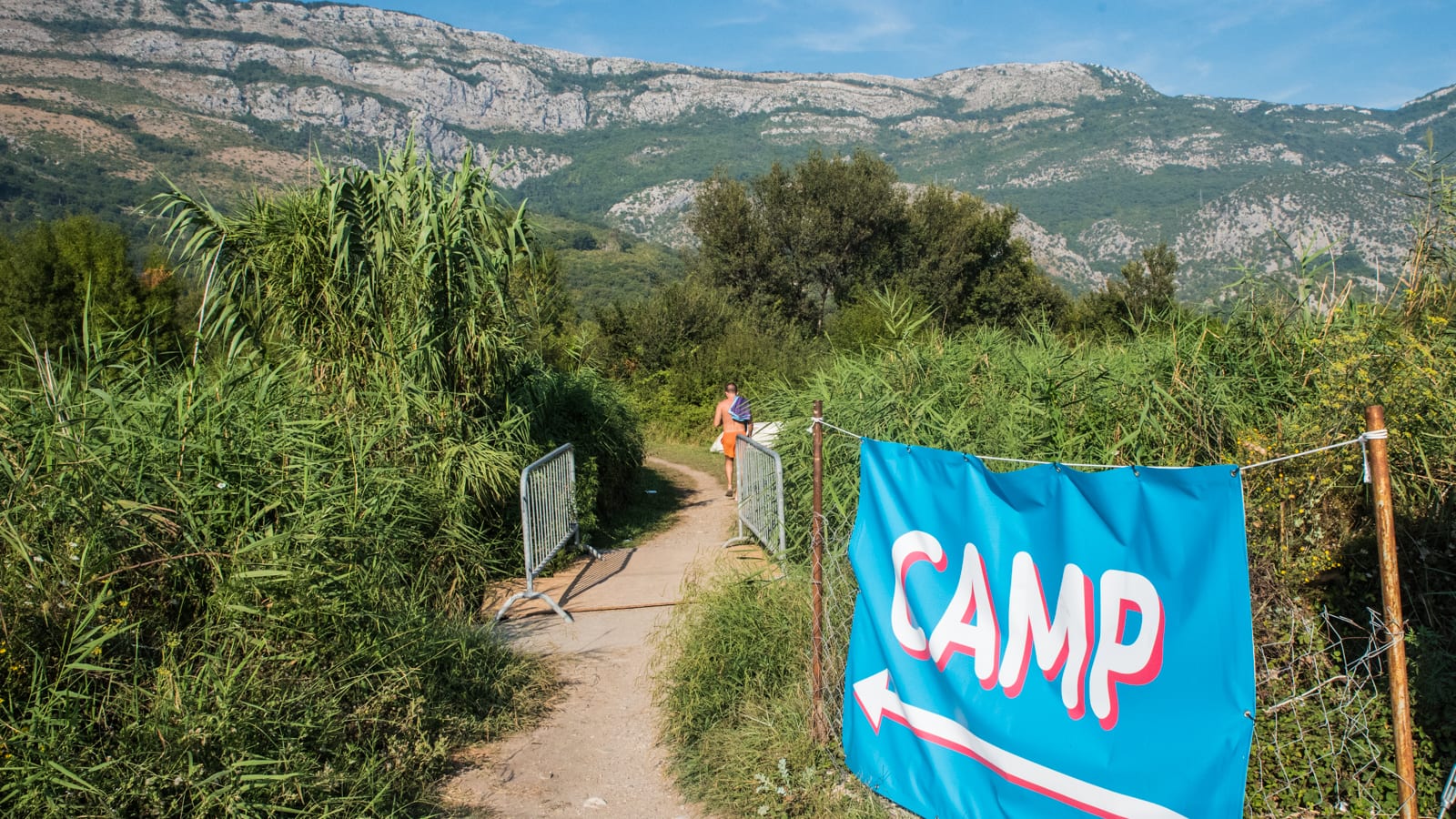 The Montenegro coast, less spoiled by tourism than its northern neighbor of Croatia, is an ideal destination for a beach holiday, especially at the end of summer when prices for lodging and transportation are a bit cheaper. Single day tickets are available if you don’t want to commit for a full weekend, but still want to experience a festival in Montenegro. 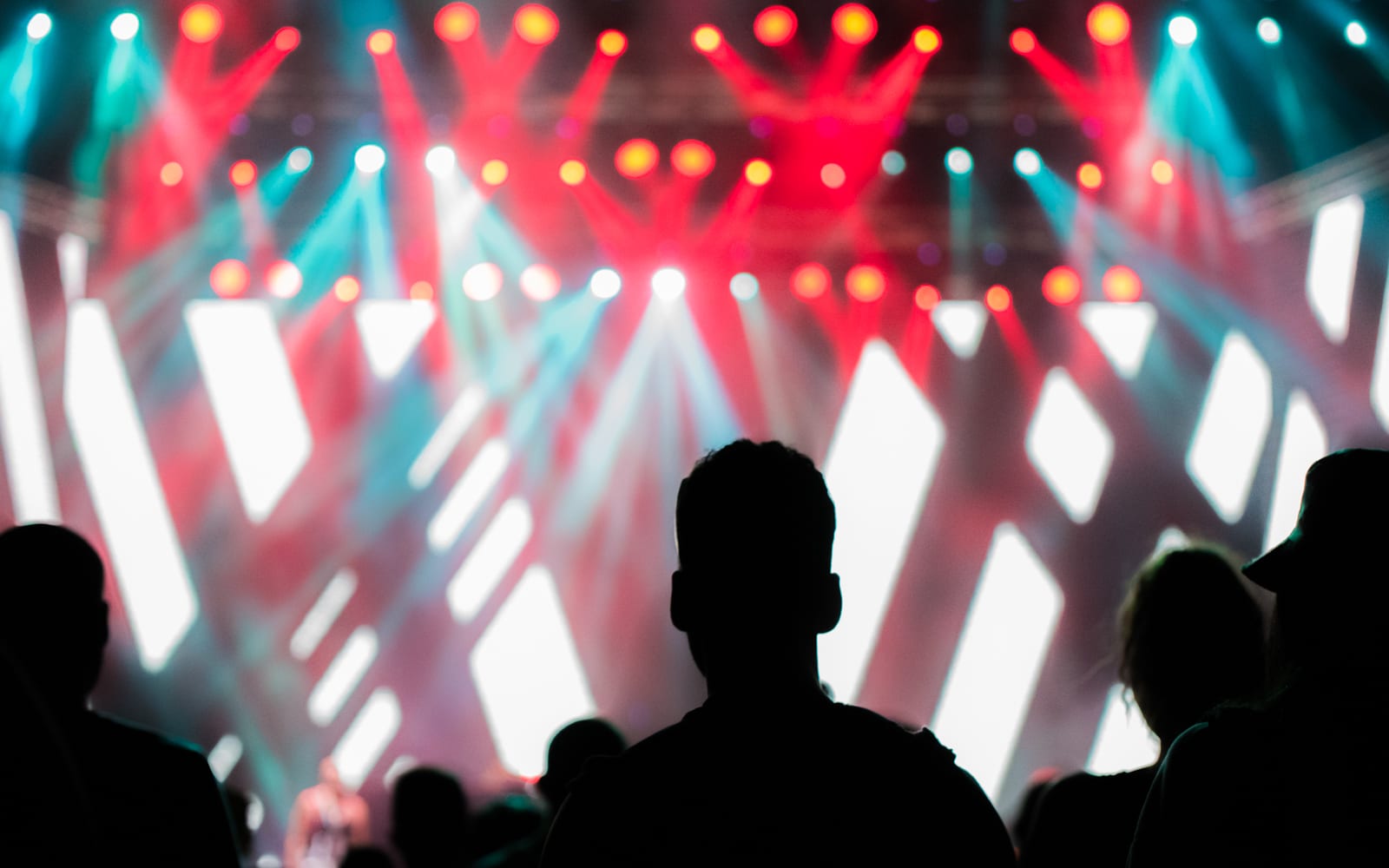