It’s a big weekend for numbers on the fifth stop of the 100 Nights of Summer Tour. I’m partying at one the largest festivals in Western Europe (85,000+ attendance), and one of the oldest (just past the 40 year mark). It’s a big personal weekend for me as well. Rock Werchter marks my 35th festival in the last three years, and Belgium is my 25th country attending a fest. And there’s no better place to celebrate these milestones, than with one of the best musical festival lineups of the summer. 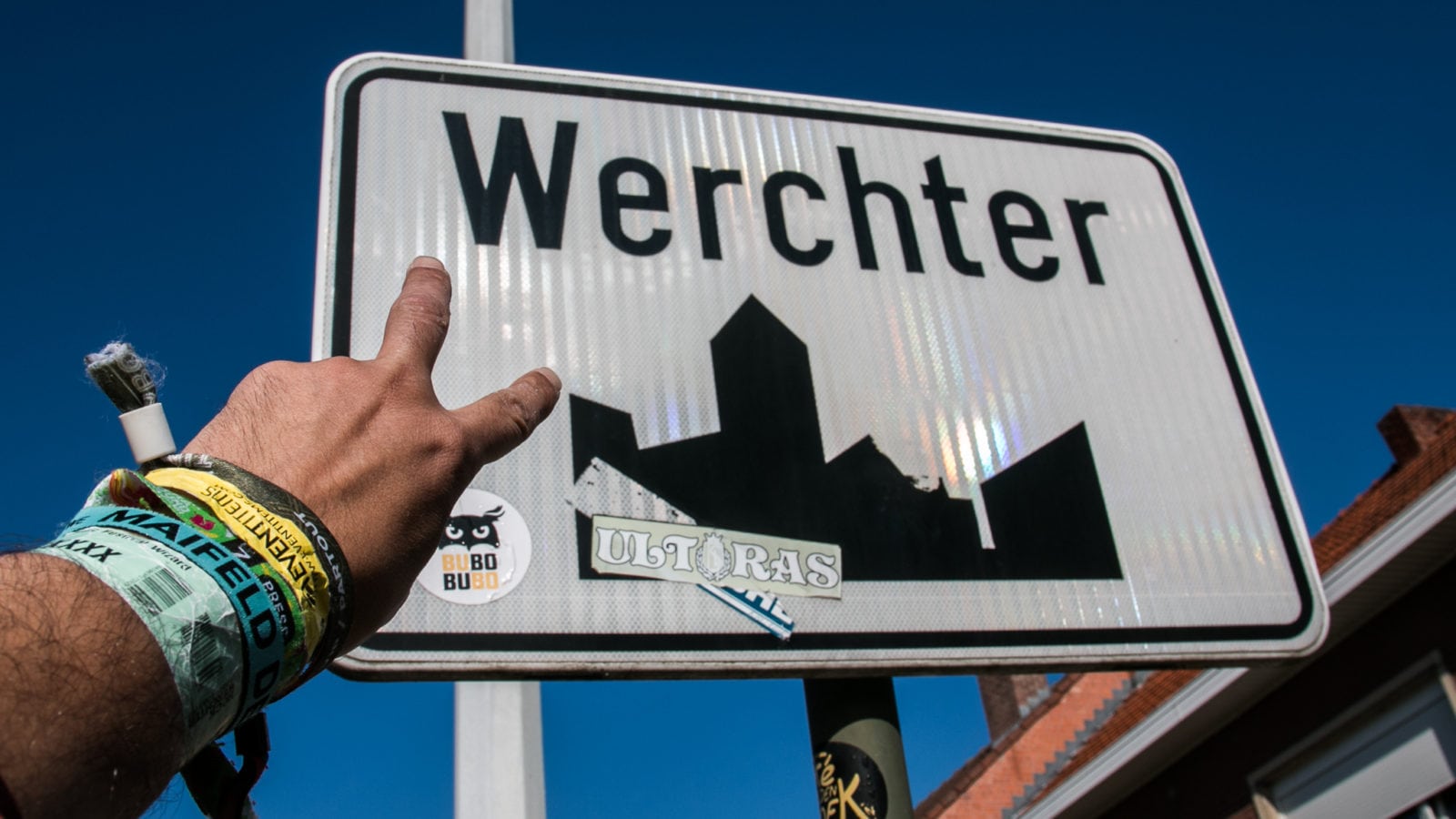 Rock Festival Legend
Founded in 1974, Rock Werchter has been a fixture on the festival scene for over forty years. It has evolved from a single day event to a double-location festival to its current incarnation as a Live Nation mega-festival. Outside the Benelux area, it somehow still remains under the radar, although that is certainly starting to change, with more foreign festies showing up each year.

What a Lineup
Rock Werchter assembled a lineup worthy of this festival’s rich history. They had Arcade Fire opening for Kings of Leon — on a Thursday night nonetheless– followed by Radiohead on Friday, System of a Down with Blink-182 on Saturday, and Foo Fighters on Sunday.  My only real gripe with the layout is that two of the three stages are indoors, which means if you don’t show up really early, you will end up stuck outside watching the show on a giant screen.

Camping in the Rain
Couldn’t avoid the rain this weekend in Belgium. I also can’t avoid that my tent has a leak in it, courtesy of a drunken foot put through it at last year’s LeeFest in England. I opted out of the Rock Werchter campgrounds (as they were sold out), and was lucky enough to stay at an unofficial campground. Camping De Klokkeberg had warm showers, indoor bathrooms, an onsite bar, and no bag checks.

I Become a Garbage Man
Implementing one of the stranger green initiatives I’ve ever seen at a festival, Rock Werchter rewards you with a free beer for picking up twenty plastic cups or bottles. Always up for a challenge (and free beer), I gathered up litter for thirty minutes on Saturday night. Belgians prefer to drop most of their garbage at their feet so I quickly scored 28 free beers. 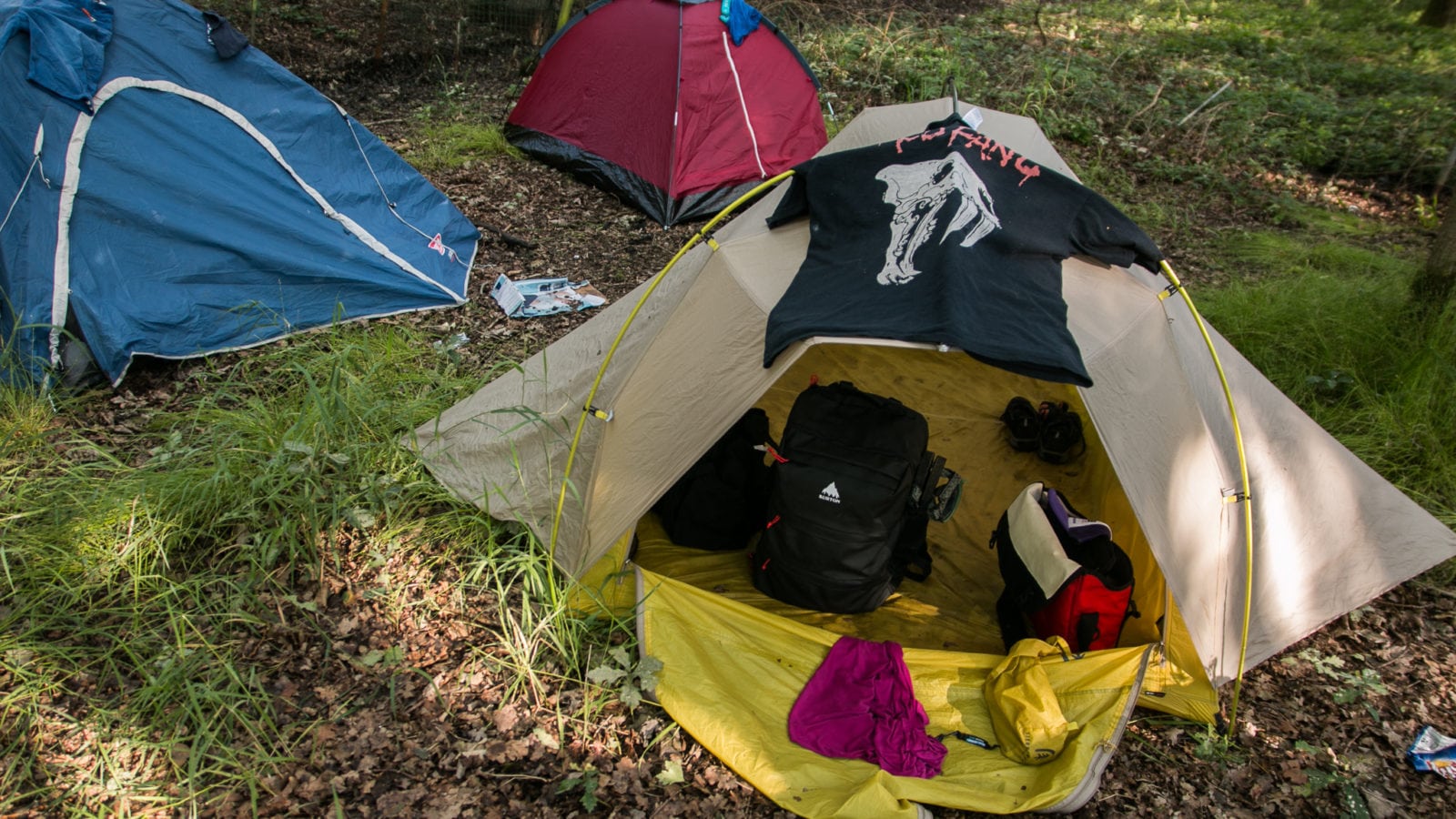 Bands I Caught This Weekend (listed in order of personal enjoyment)

Best Set of the Weekend: Foo Fighters
This is how to close out a four-day festival. Foo Fighters delivered a set worthy of rock gods for nearly two hours complete with their hits, new songs, Dave Grohl’s constant stage patter, and fireworks. I had never seen them live before or as Dave put it to the crowd: “It’s been 22 years. It’s about time.”

Most Surprising Set of the Weekend: Cage The Elephant
I’ve liked what I heard from Cage the Elephant, but seeing them live is a whole other experience. They opened the festival on a chilly Sunday morning inside The Barn Stage. I was prepared to sip a couple beers and enjoy some music, but by the end I was a sweaty, dancing mess. It felt more like the headliner than the first show of the day.

WTF Just Happened Set: Seasick Steve
Everyone in Benelux seems to know this American blues guy except for me — and possibly most of America. Seasick Steve is a guitar legend who broke through big in the UK, and has the whole Americana look down pat complete with long white beard, John Deere cap, and his supernatural guitar.

Best Spirits in a Cold Rain 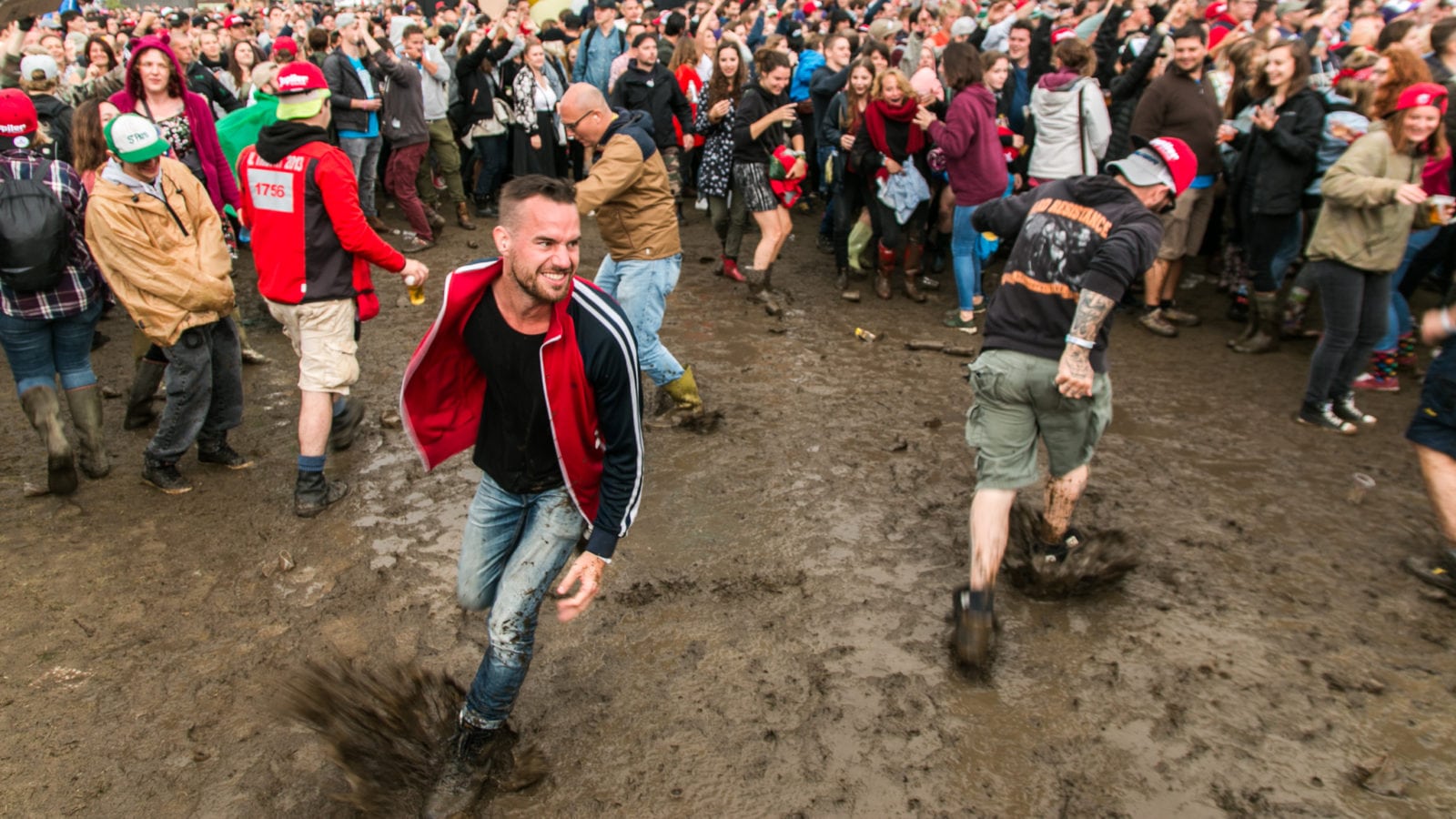 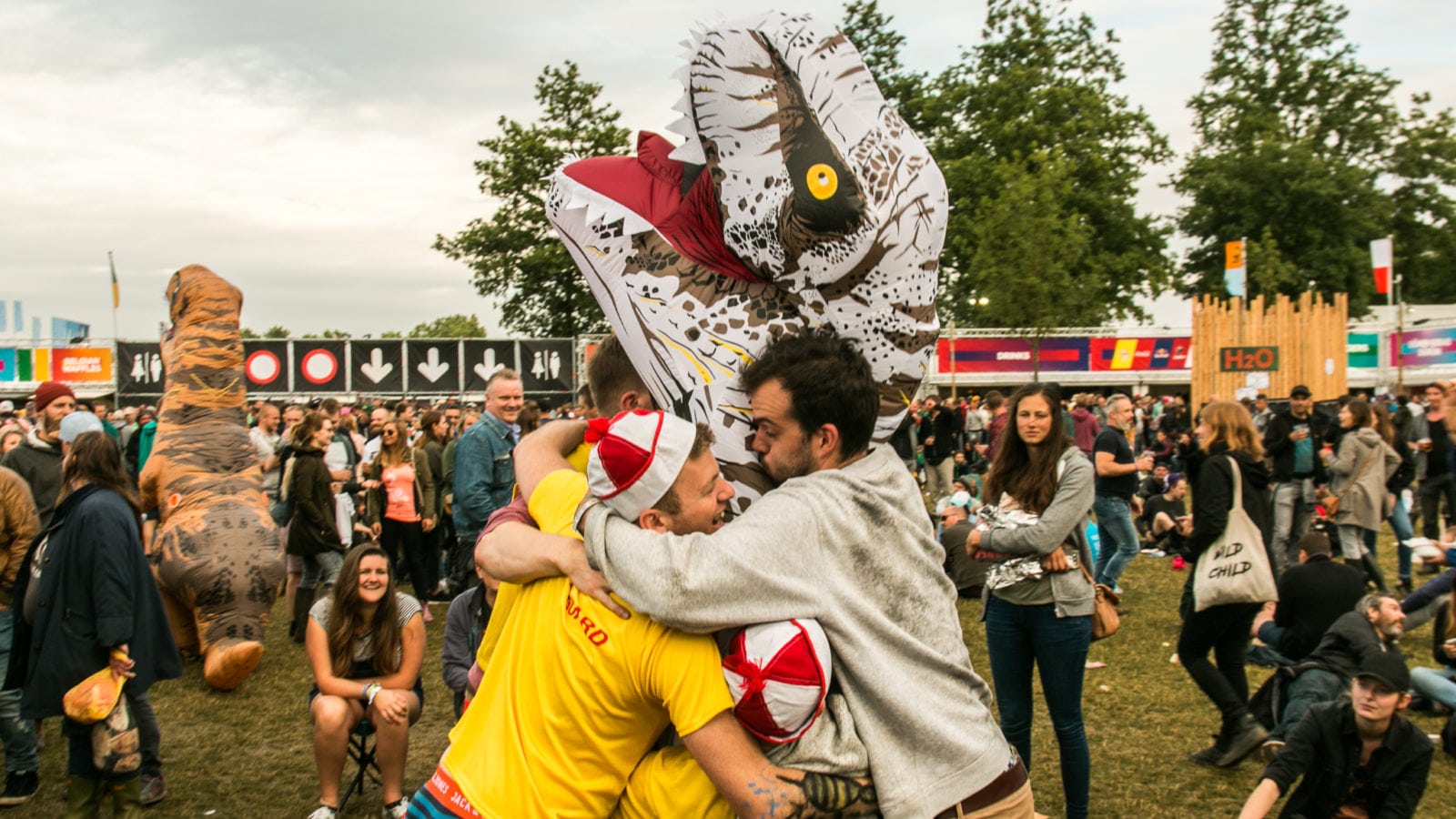 Best Buddies: Unicorn-Panda
Long known to be sworn enemies, it was heartening to see these two animal bros relax the long-standing feud to watch some Alt-J together. 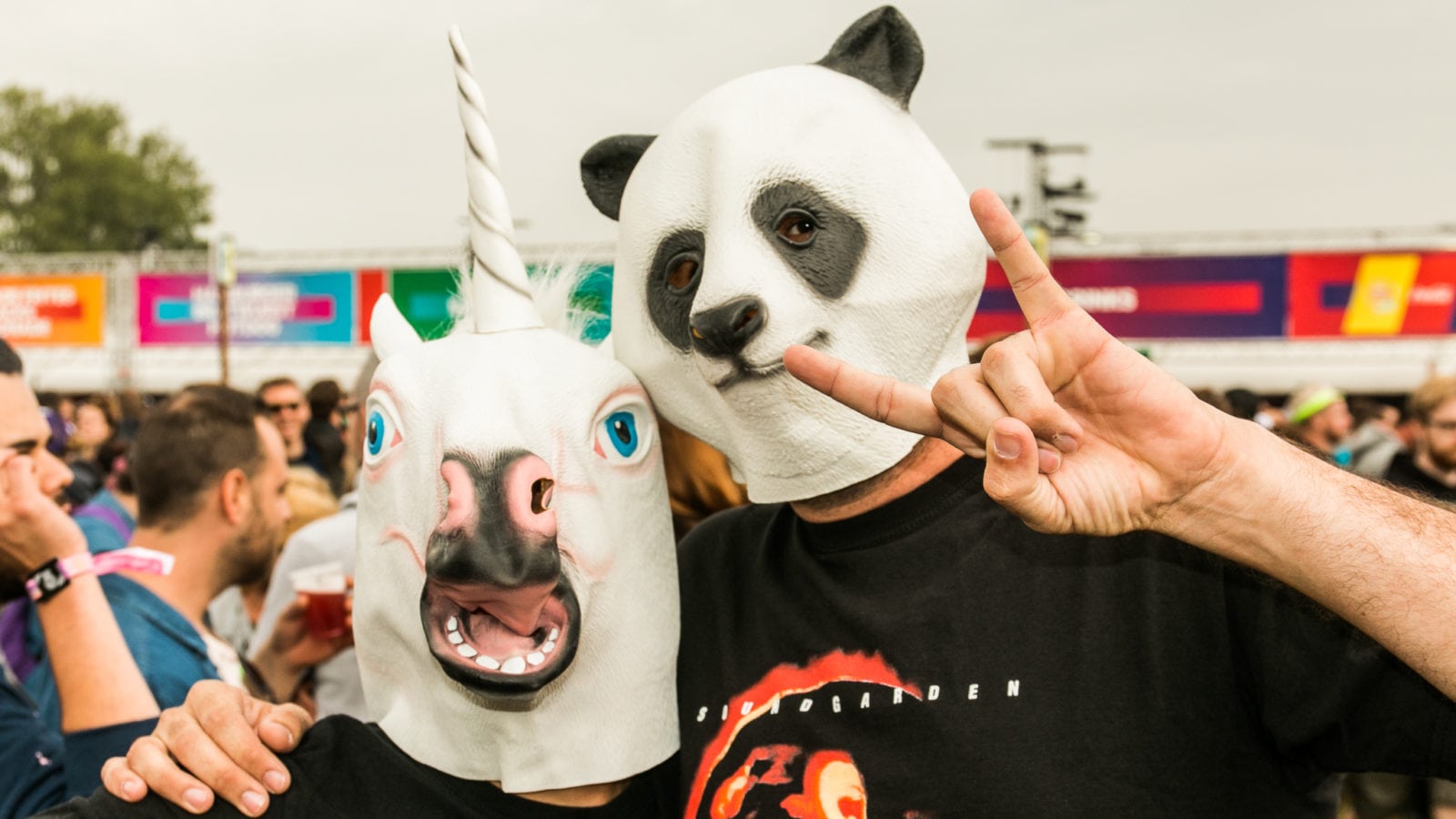 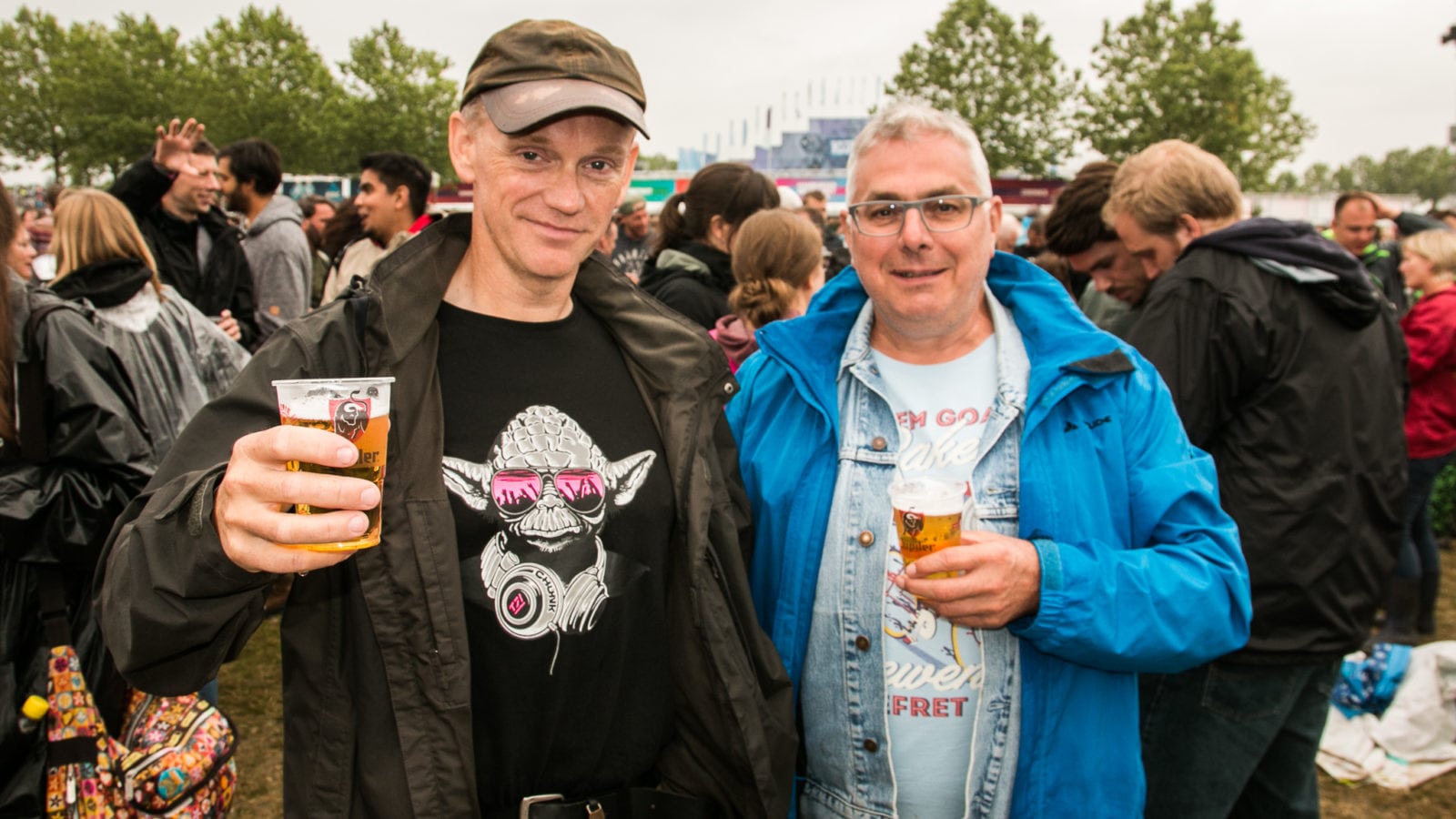 Best T-Shirt to Wear on Sunday 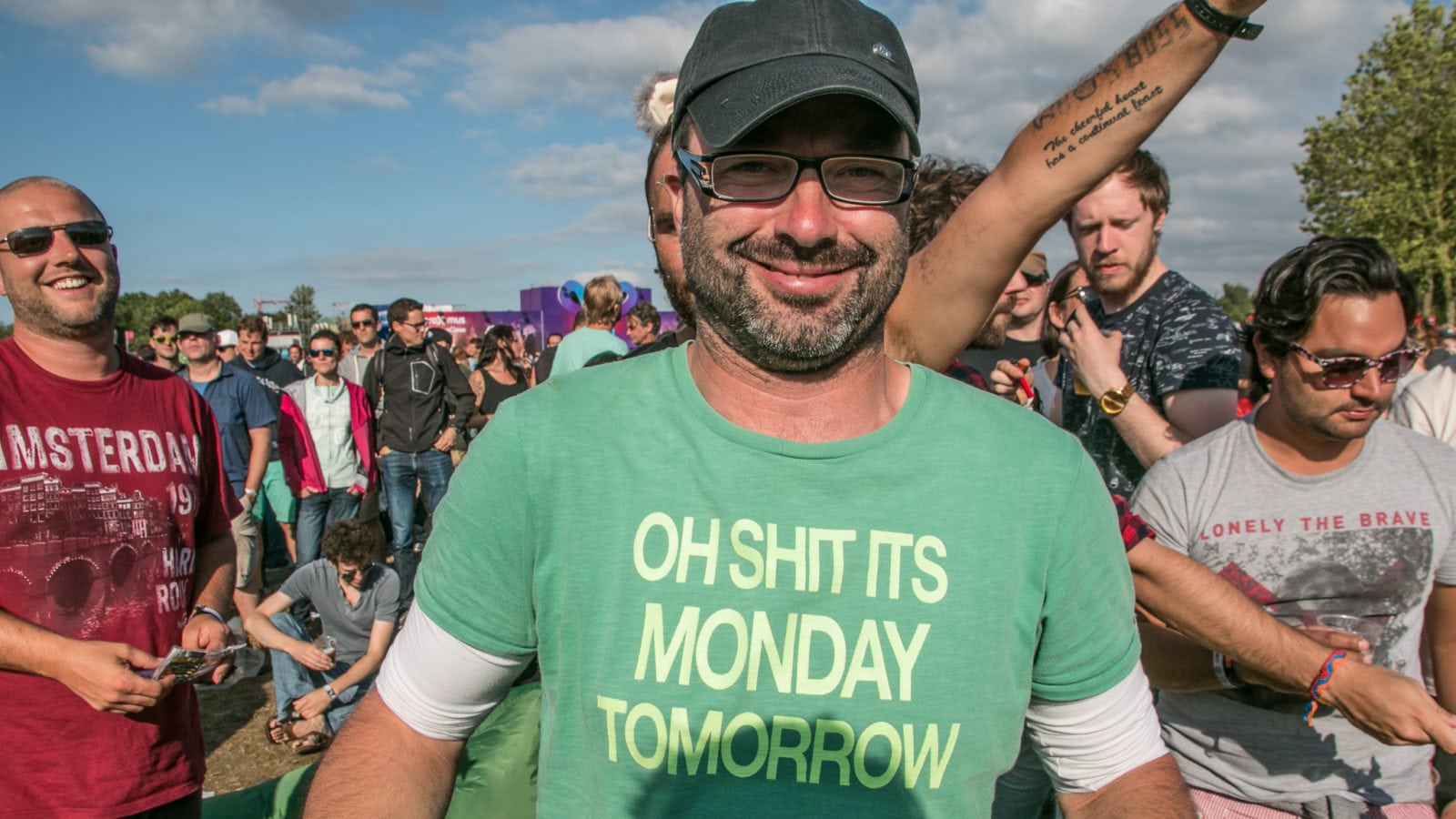 Best Creepy Big Brother Corporate Hashtag: #AlwaysClose
I’m still not entirely sure what Proximus does, but I do know they are always close by. Always. Close. 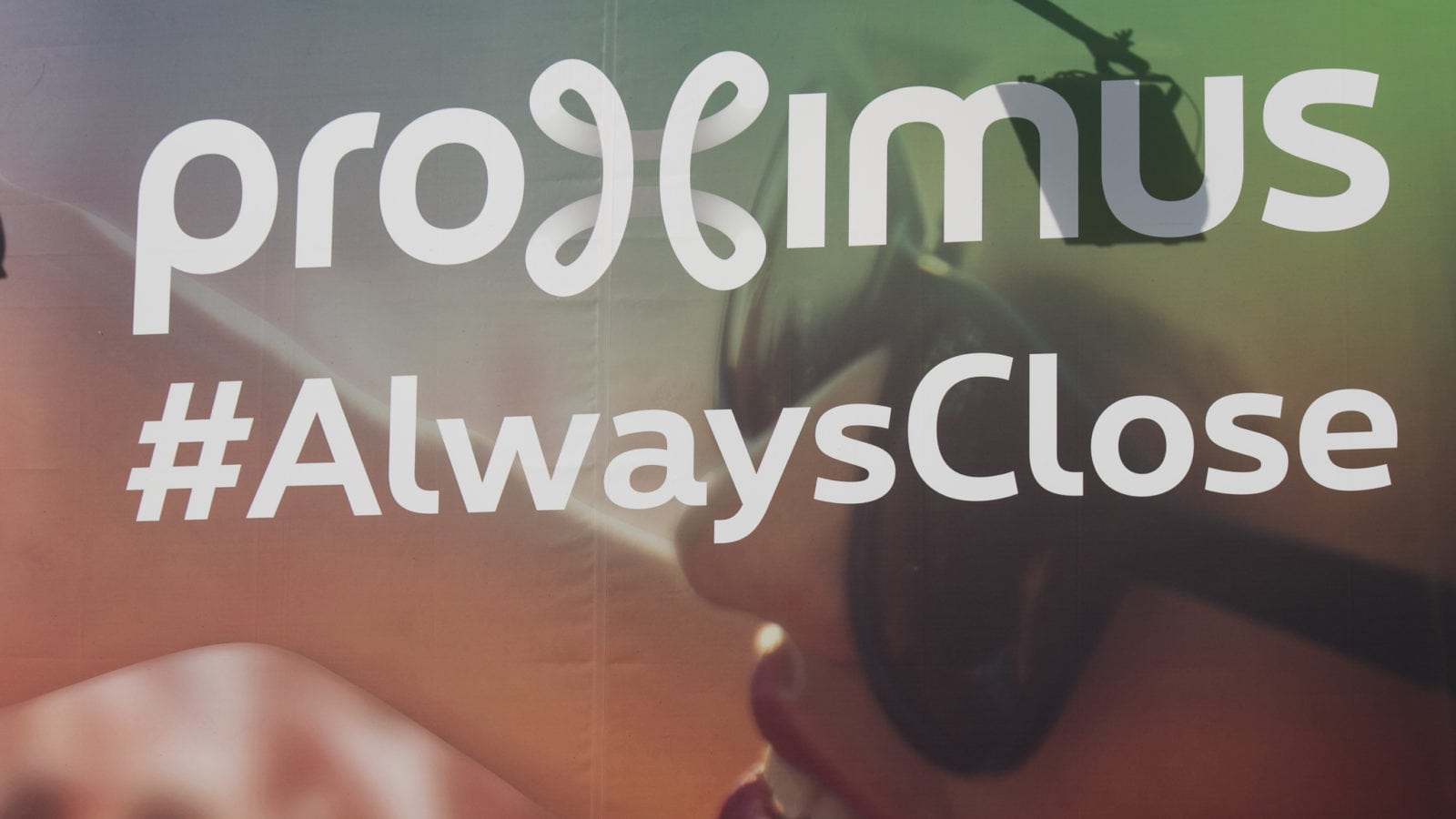 Best Corporate Hashtag That Will Not Be Misused: #cokesummer 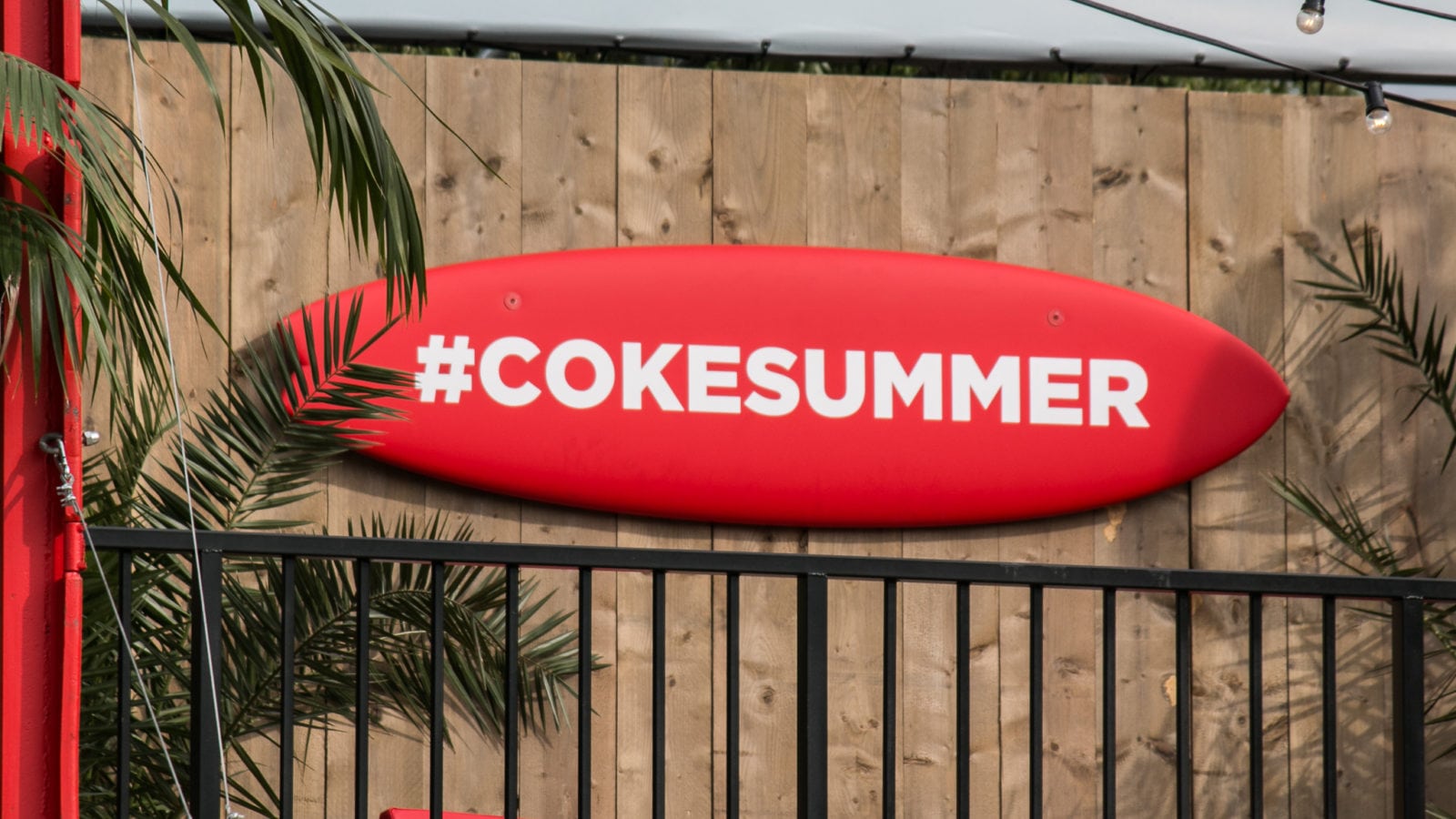 Best Wristband Fashion
It’s a tie between this historical hat and the “guy who is still wearing a shitload of wristbands.” 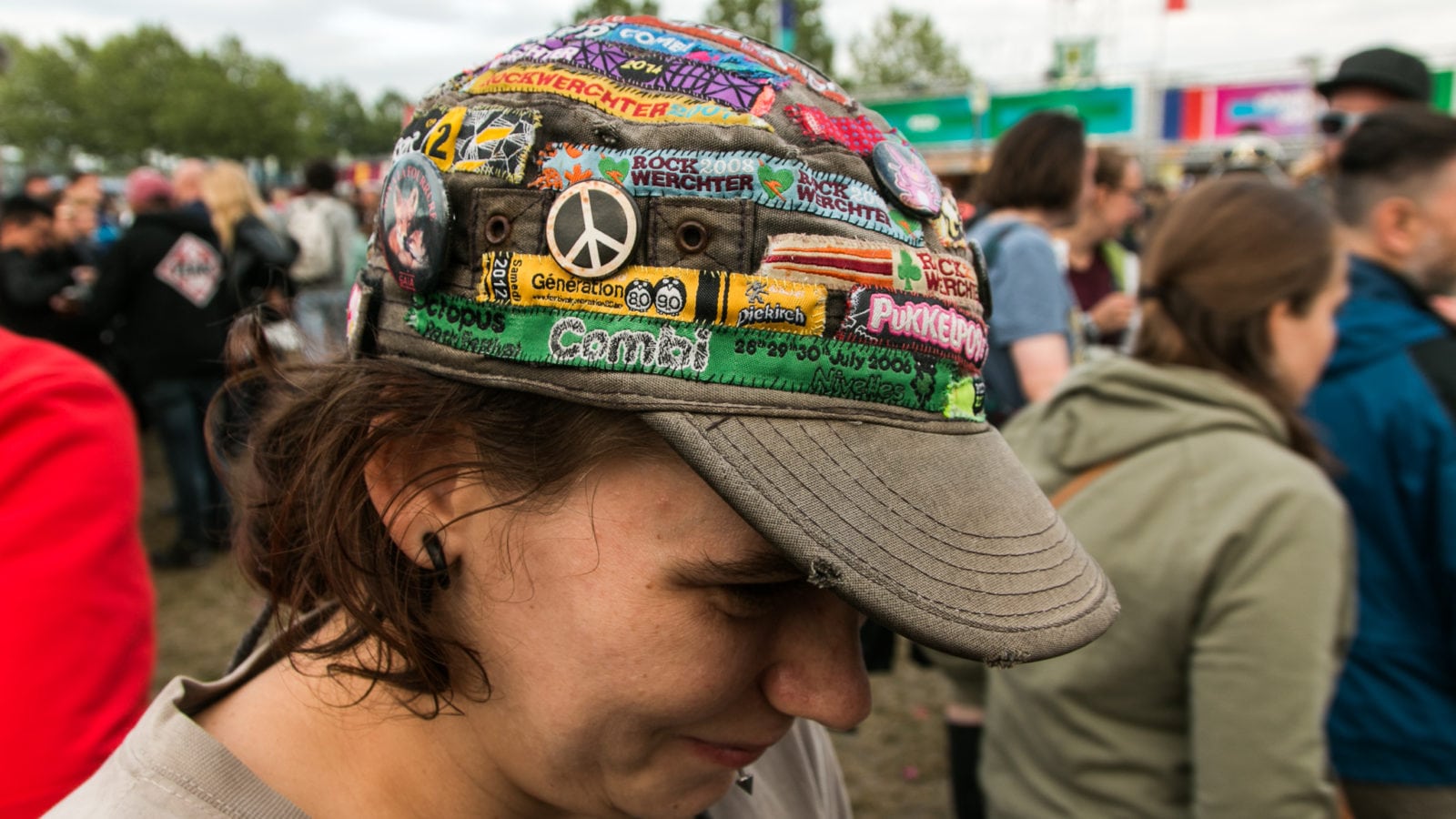 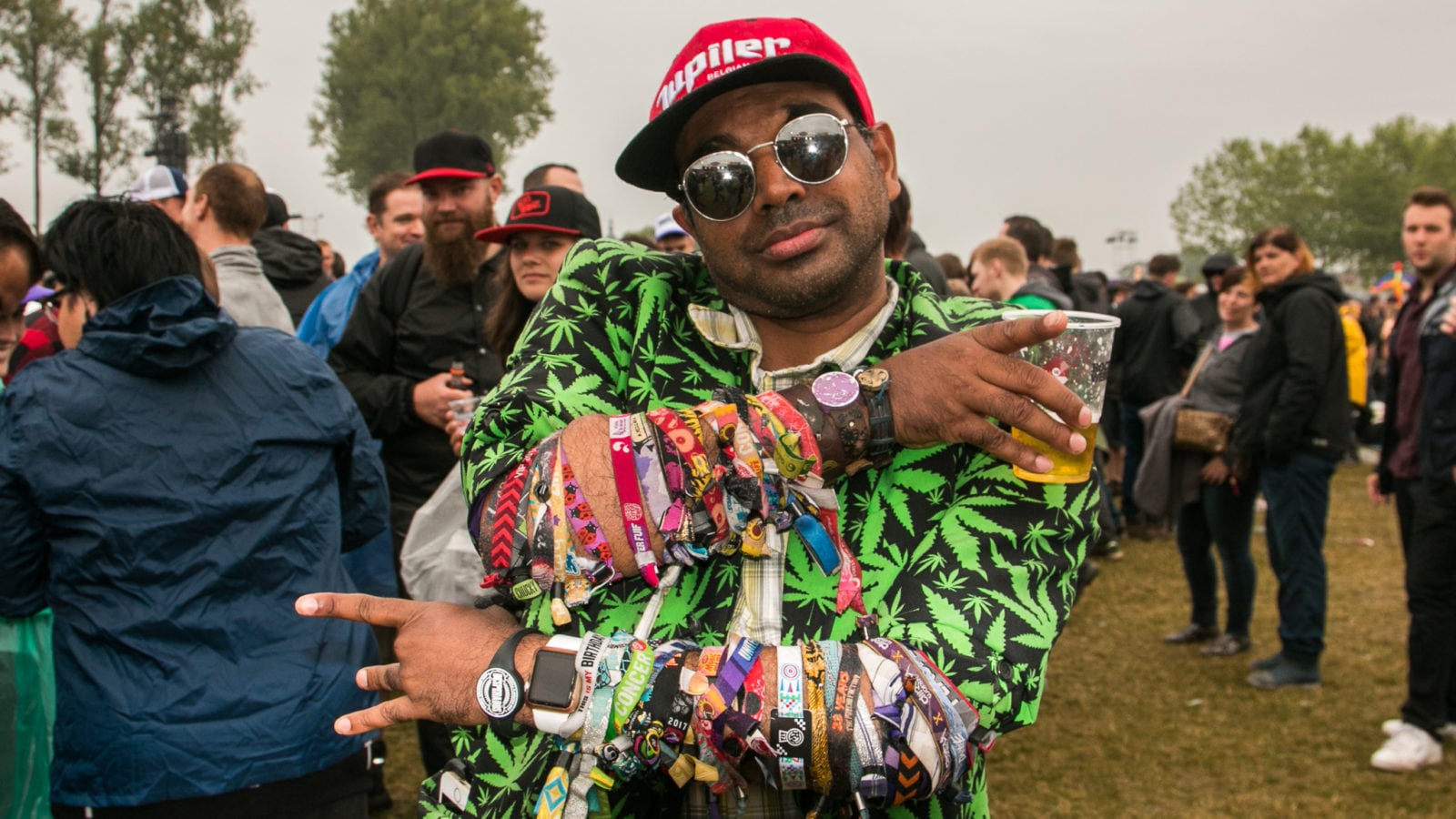 My first true mega-festival in quite some time, I enjoyed the incredible lineup, but couldn’t shake the fact that beyond the boisterous Belgians and the much tastier beer, Rock Werchter has trouble sticking out as a unique festival. There’s been a homogenization of mega-festivals in the last five years around the world, causing some of them to lose that spark of individuality. I’m not criticizing the festival — if you go, you will have an insane four day party with some of the biggest bands in the world — but for the 100 Nights of Summer Tour, we’re going to try to head off the beaten path for the next two months and see what else is out there.