The 100 Nights of Summer Tour has officially kicked off! Our first stop is Barcelona, where Primavera Sound consistently delivers one of the most eye-popping lineups in the world. It also delivers a masterclass on the various styles of hipster facial hair. 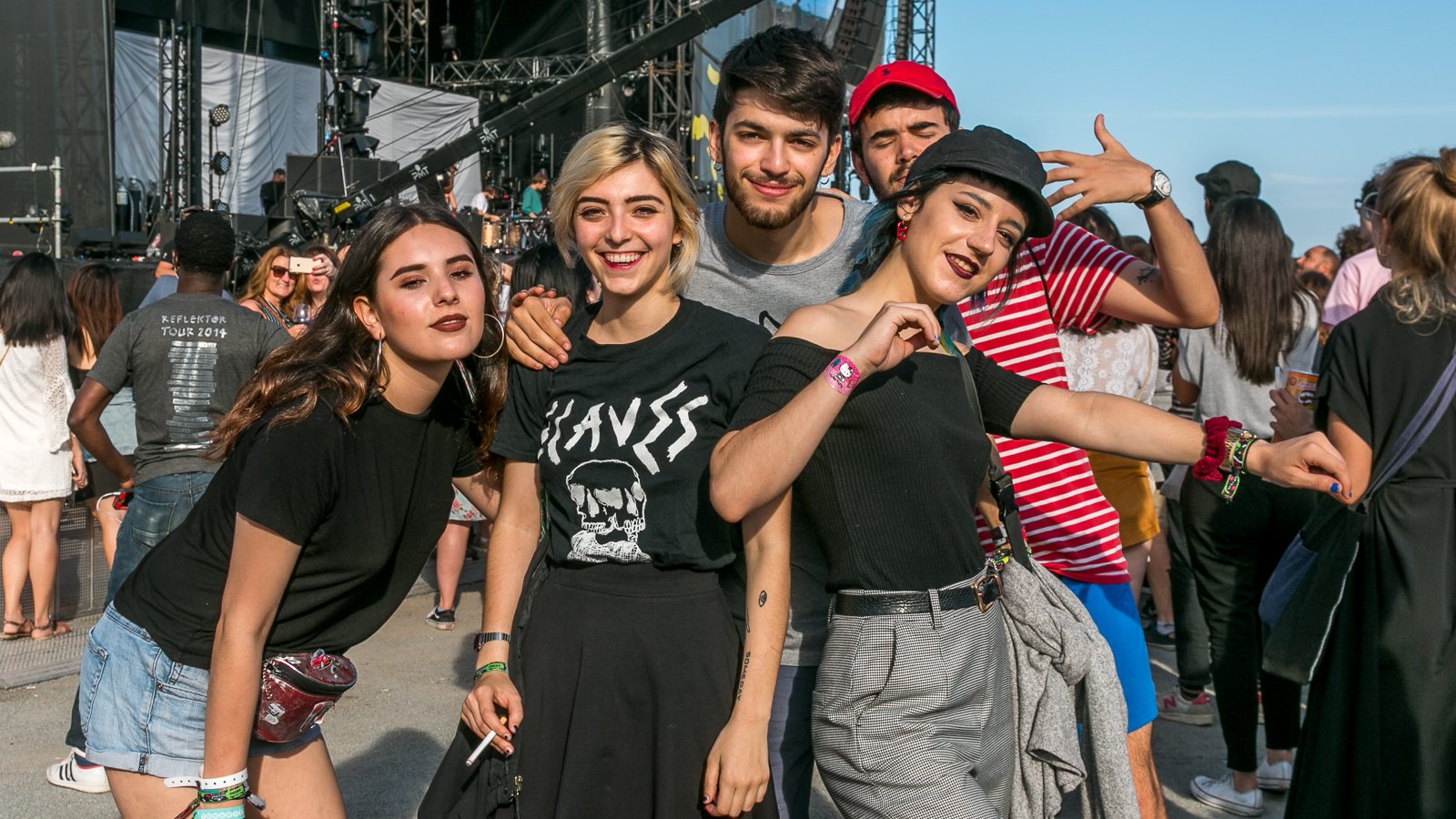 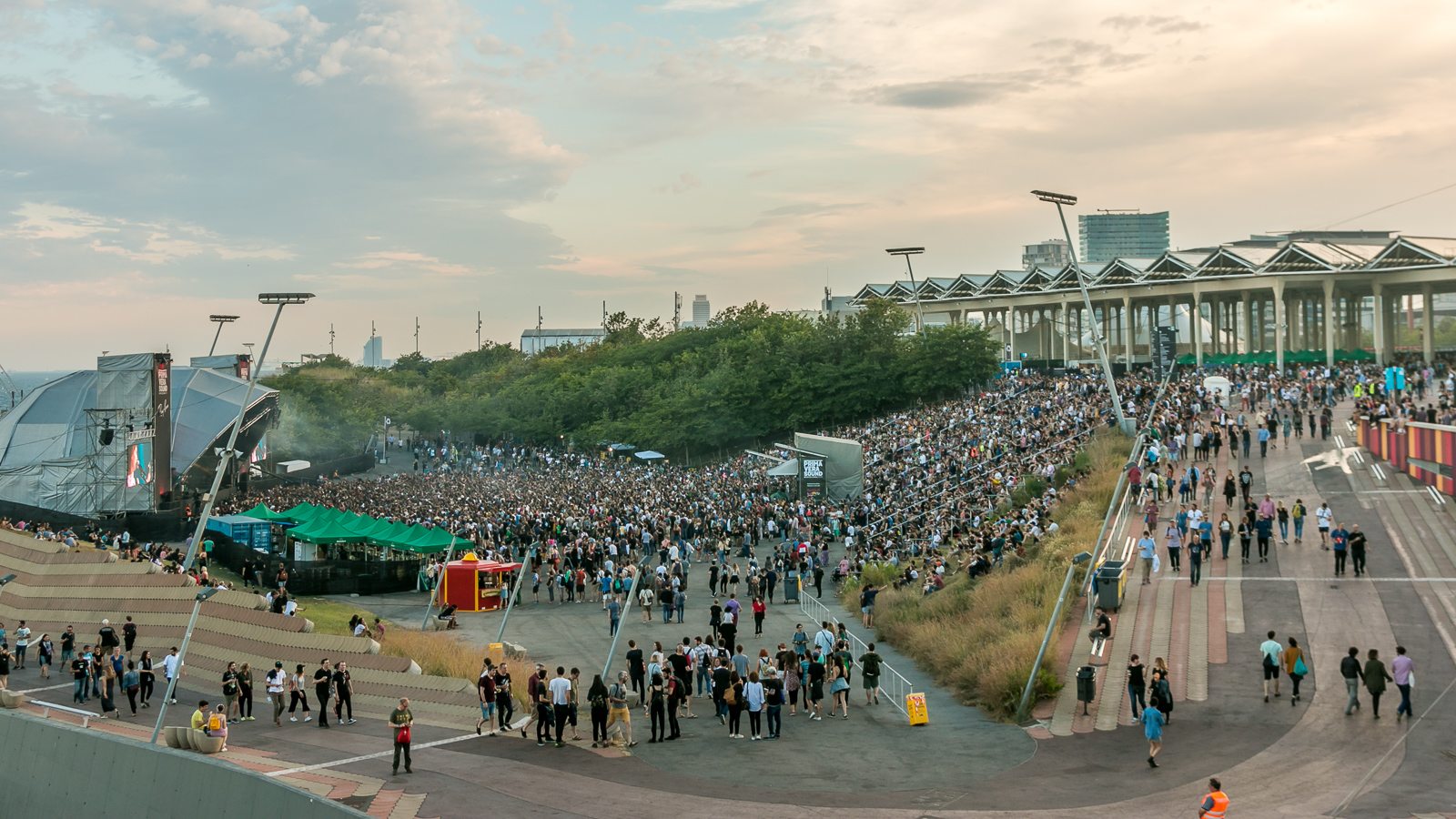 Focused on the Music

Primavera remains steadfastly committed to their music lineup. No art. No comedy. No yoga. Just music. That’s the theme of Primavera Sound each year, and their focus on just that aspect of festivaling is apparent at every turn. Once your feet pass through the entrance, there is never a dull moment. 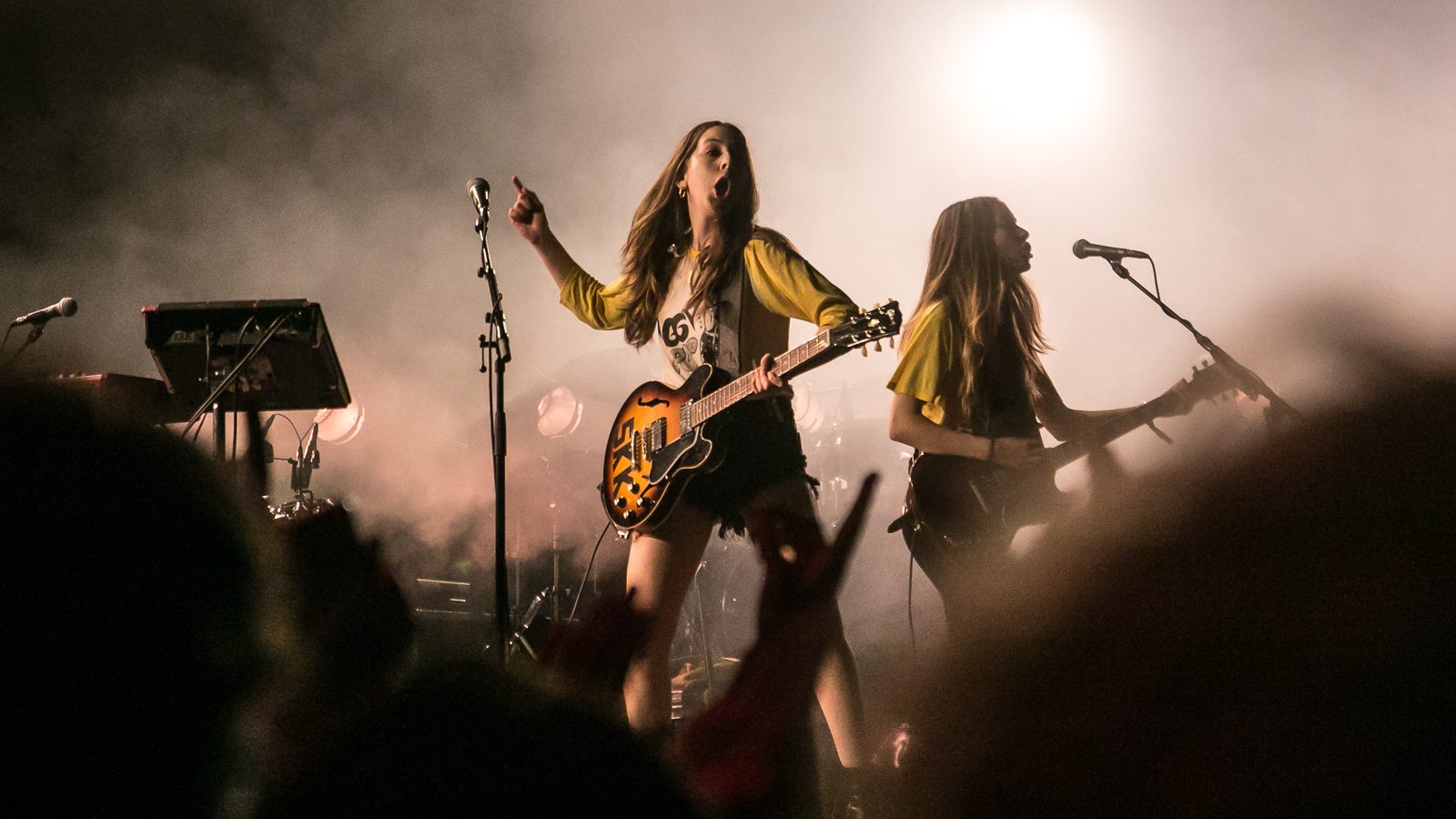 Life’s a Beach at Primavera

One of the more pleasant surprises of the weekend was discovering Primavera Bits, the electronic mini-festival that lives within Primavera Sound. Physically separated from the rest of the venue by a pedestrian bridge, this two-stage area feels like a different festival. Kick off your shoes and dance on the fake grass. Or keep your shoes off and head to the beach — there’s finally access to the beach! 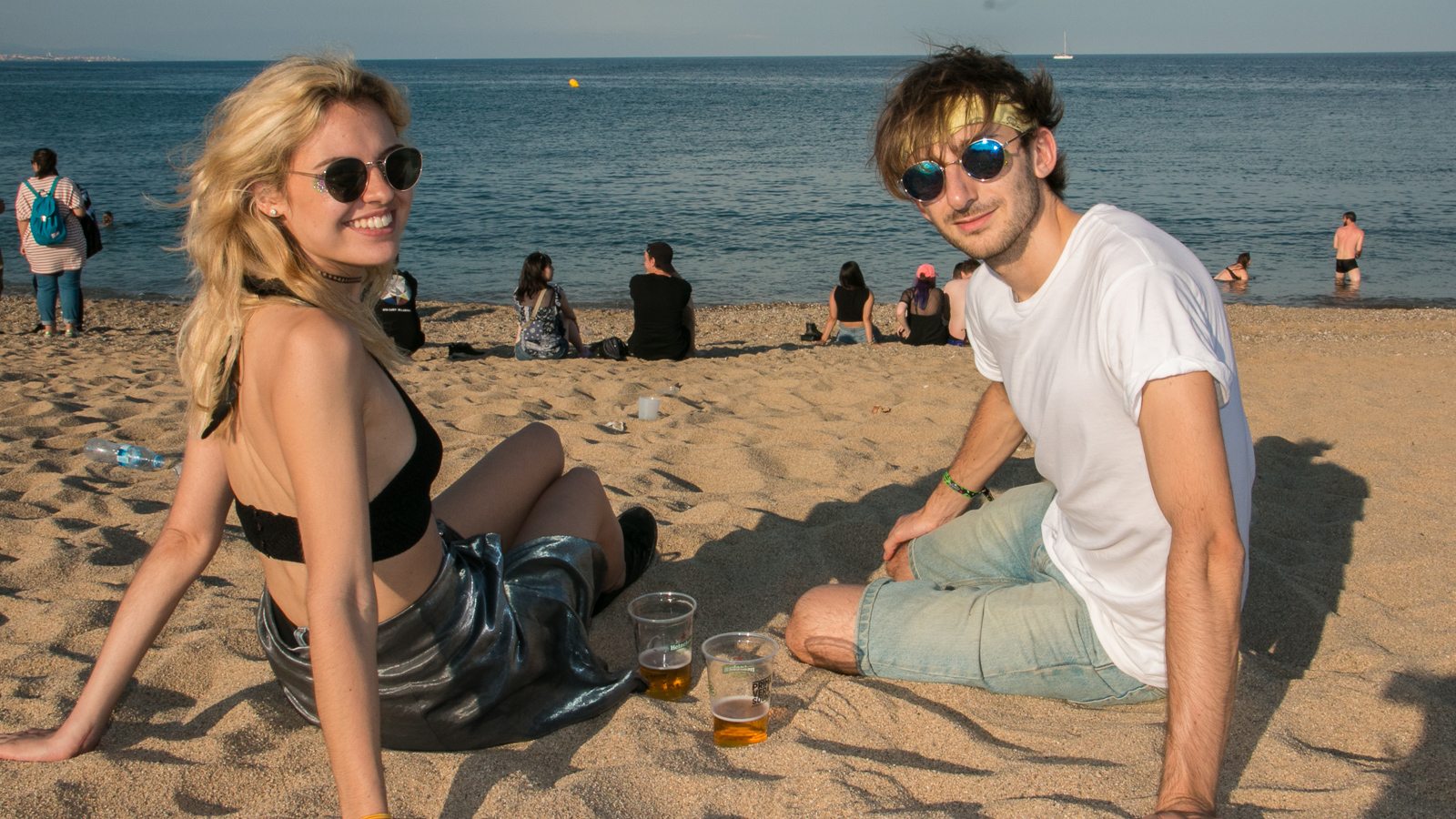 When our intern Robert noticed a 360 degree stage, he commented, “There are a lot of instruments on there. Something interesting will happen here.” It turned out to be Arcade Fire performing their new single and other classic. Easily the highlight of the festival, the surprise sets over the weekend were deliriously inventive fun. Mogwai played their unreleased new album on Friday, while HAIM helped close down the festival early Sunday morning. 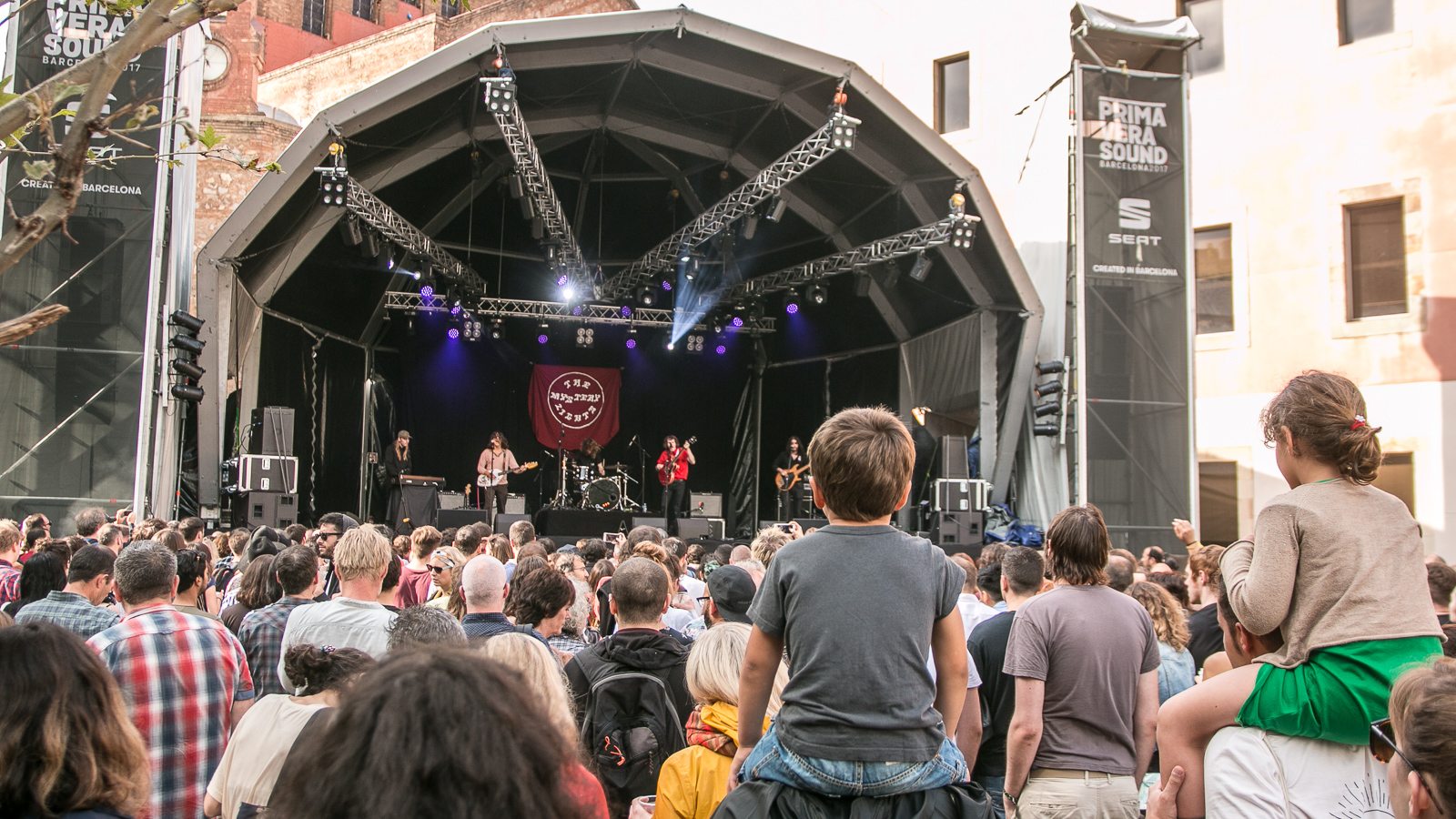 My press pass gets me nearly everywhere, but even my credentials couldn’t get me into the “Backstage Parties”. Like a Willy Wonka’s golden ticket, the search was on for the mysterious green tokens that granted access (and free drinks). I managed to track one down on Saturday night and caught an electric set from Algiers. 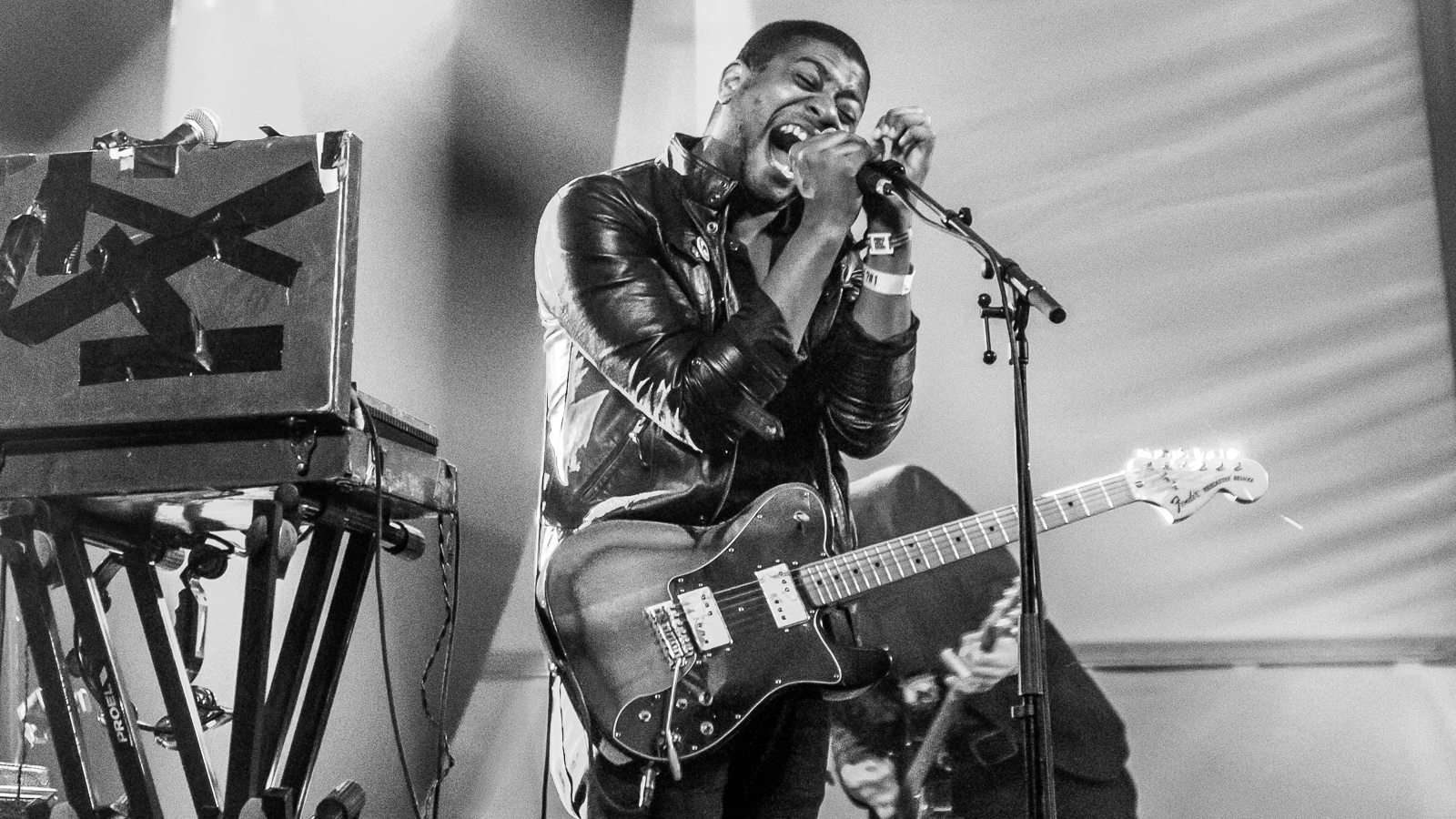 The last day of Primavera moves the party downtown. Sunday afternoon and evening at the features easy afternoon drinking with three stages of music, giving me a chance to see Chk Chk Chk and Mannequin Pussy. With the light disappearing from the sky, we headed over to Sala Apolo to catch the final shows of the festival featuring Shellac, Sleaford Mods, and the Japandroids. 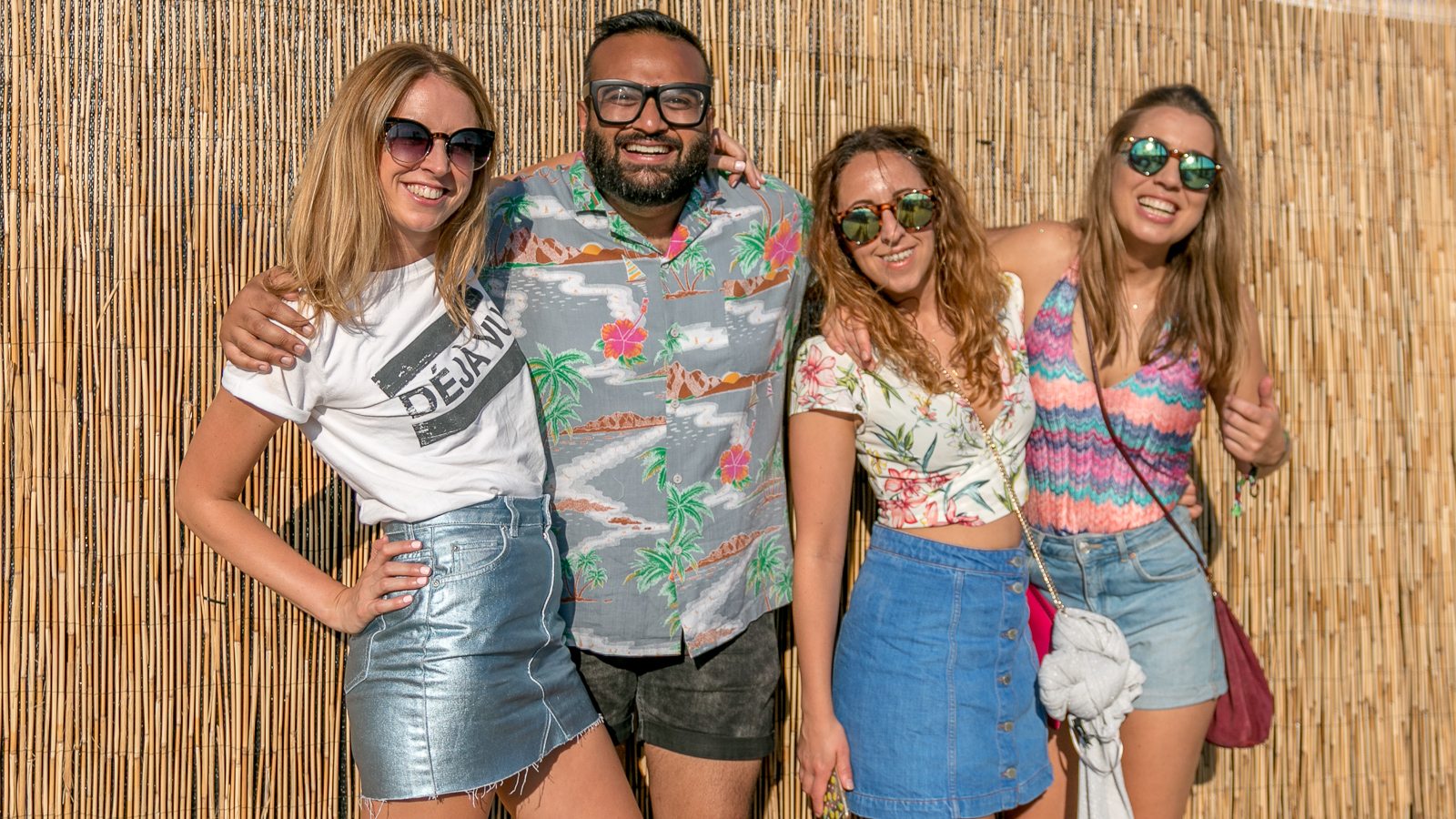 Frank Burning Bridges Across The Ocean

It sucks when one of the major headliners pulls out at the last moment, and Frank Ocean may have lost a few fans in Barcelona, who were seen all weekend wearing shirts that proclaimed “FUCK OCEAN.”

Favorite Speech of the Weekend: Steve Albini from Shellac
“You are so beautiful Barcelona. I don’t know how you’re just not making out with each other all time. If I lived here my parts would look like hamburger meat. This next song is called ‘You Came in Me’!” 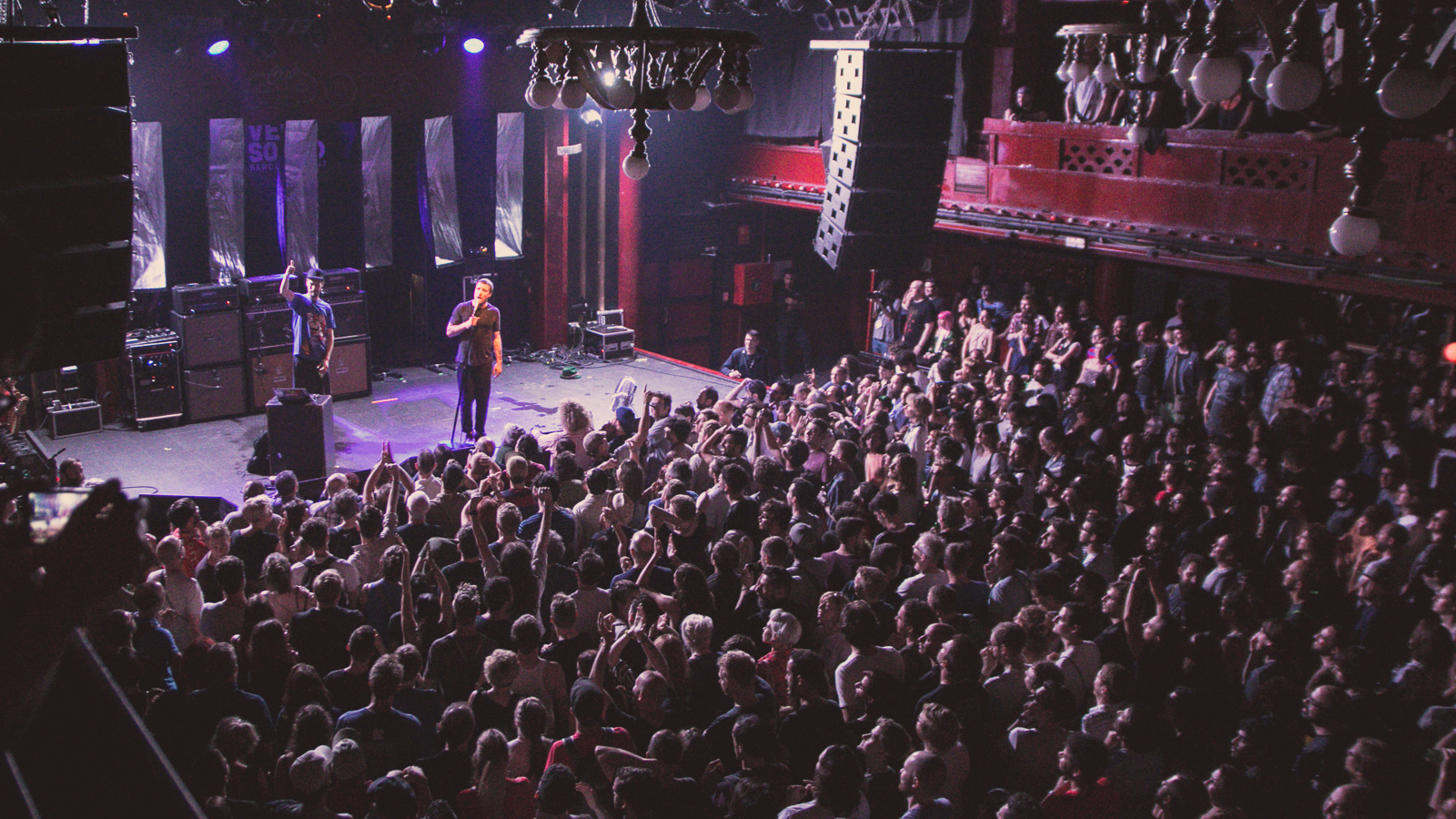 It’s easy for Mac DeMarco to be carried off stage by adoring fans, but try being an ordinary dude and standing tall on the shoulders of fellow festies during King Gizzard and the Wizard Lizard. This guy made it happen. 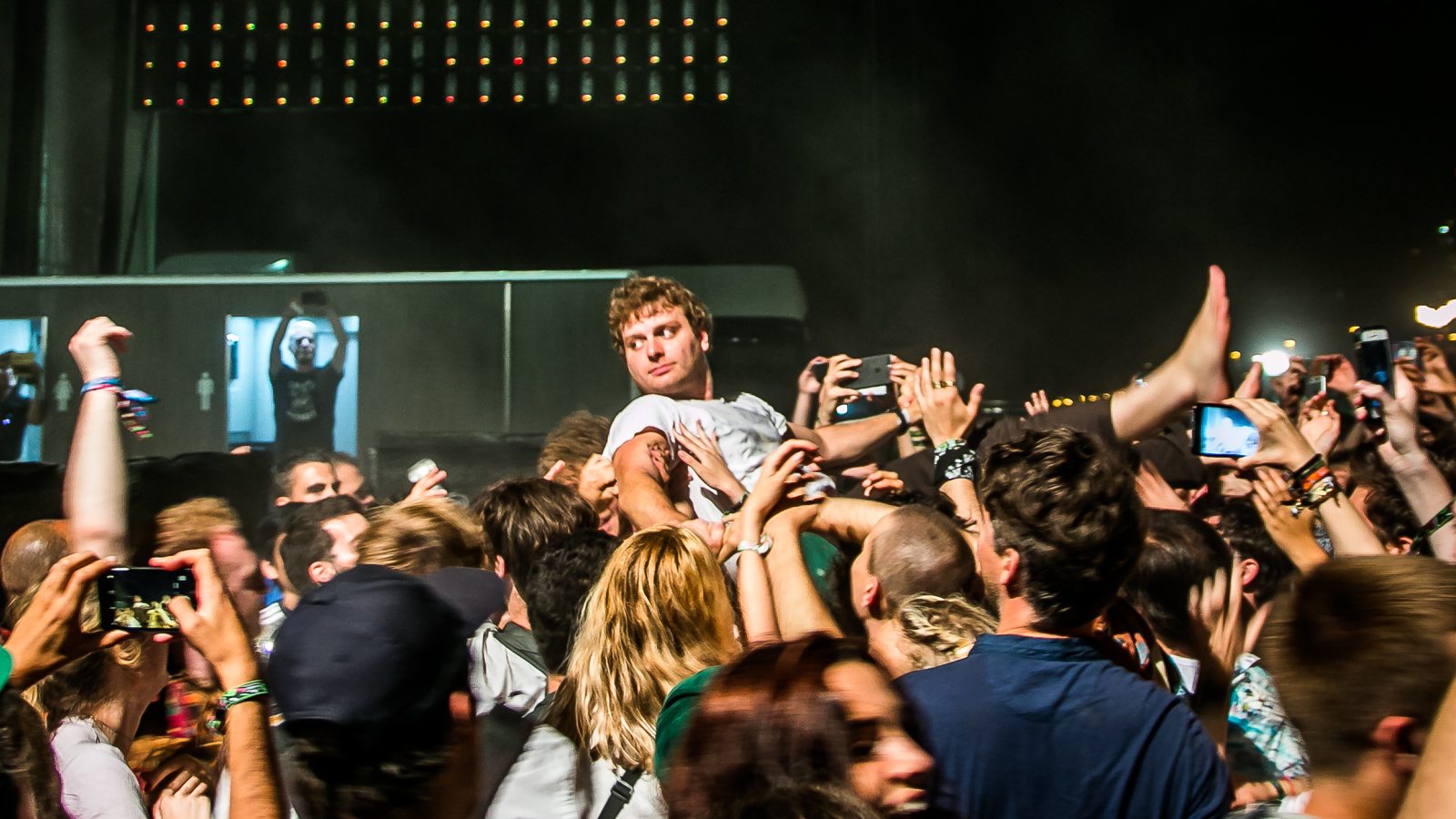 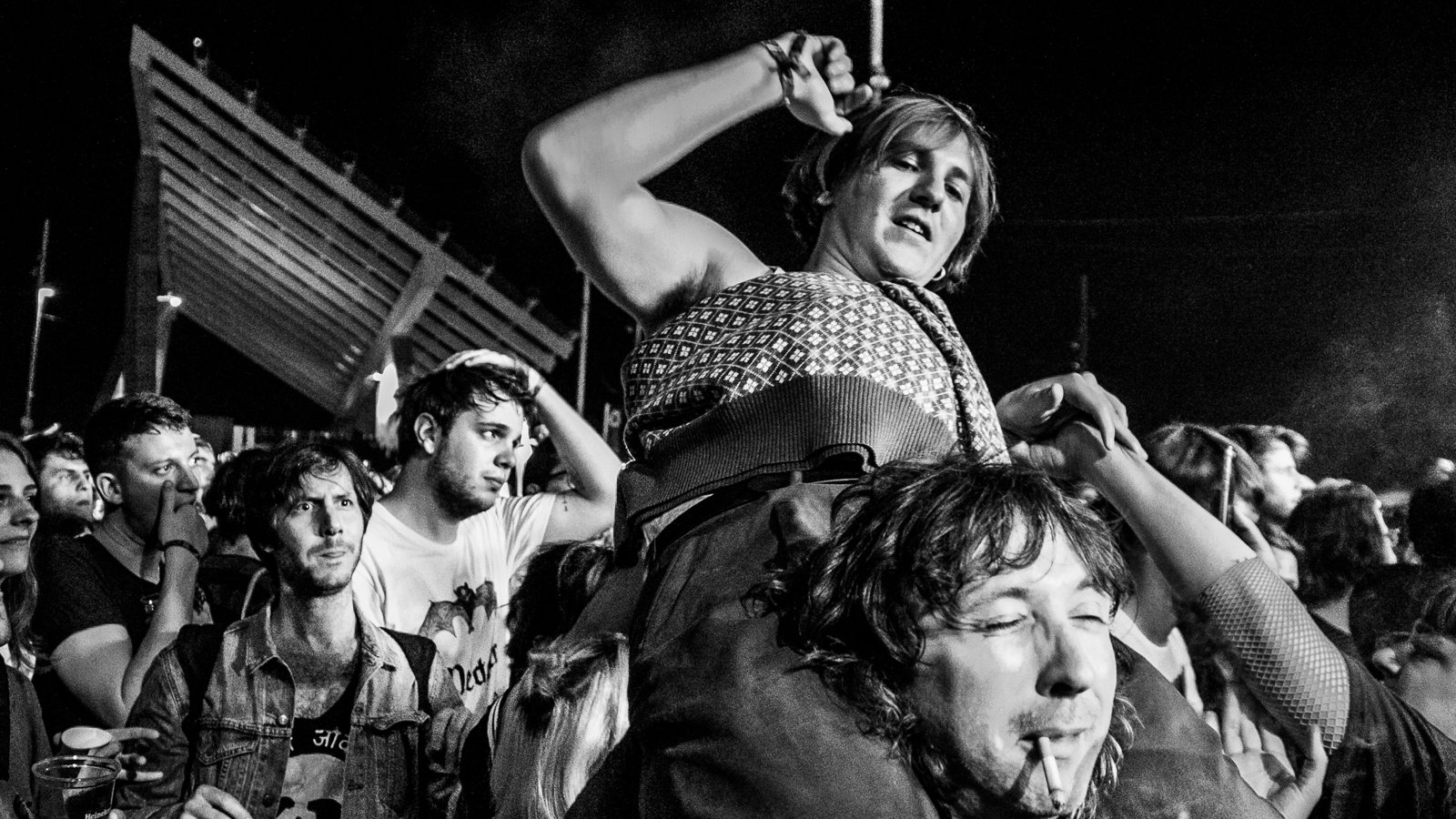 Favorite Sets From Each Day: 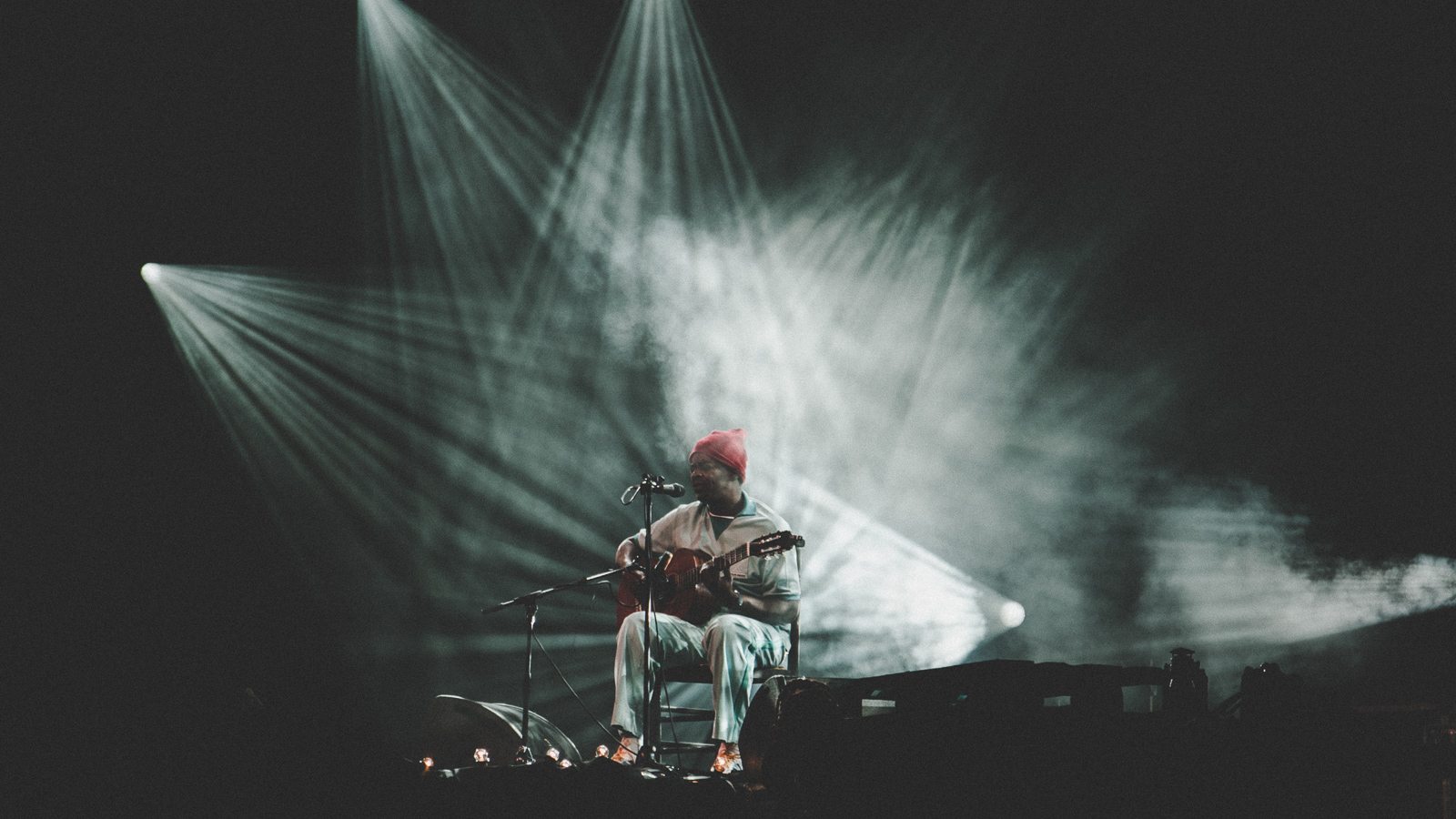 No pants, no problem guy. Sunday morning 7:00am. This is how you rockstar. 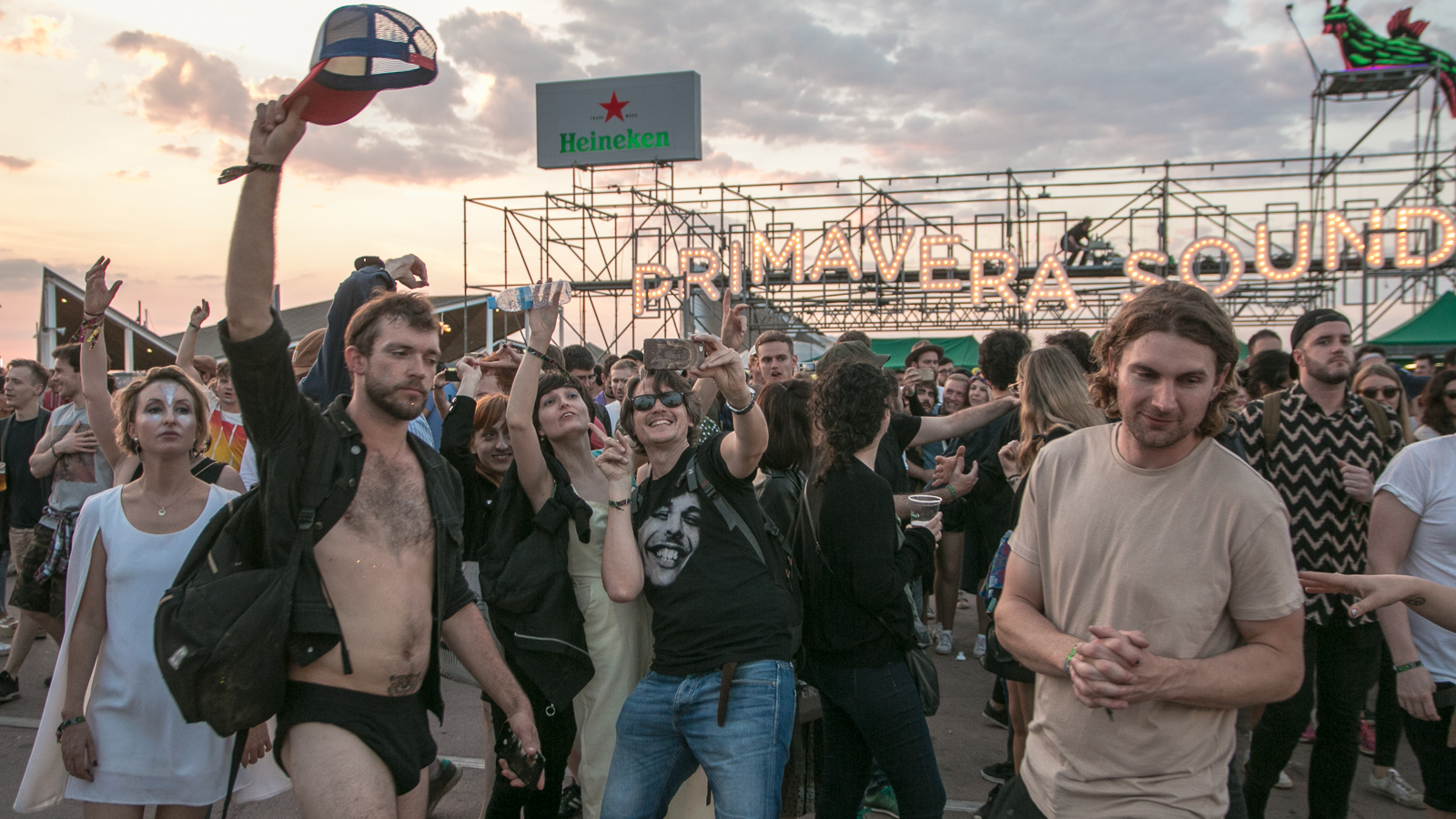 Band Sampler: Listed in Order of My Enjoyment 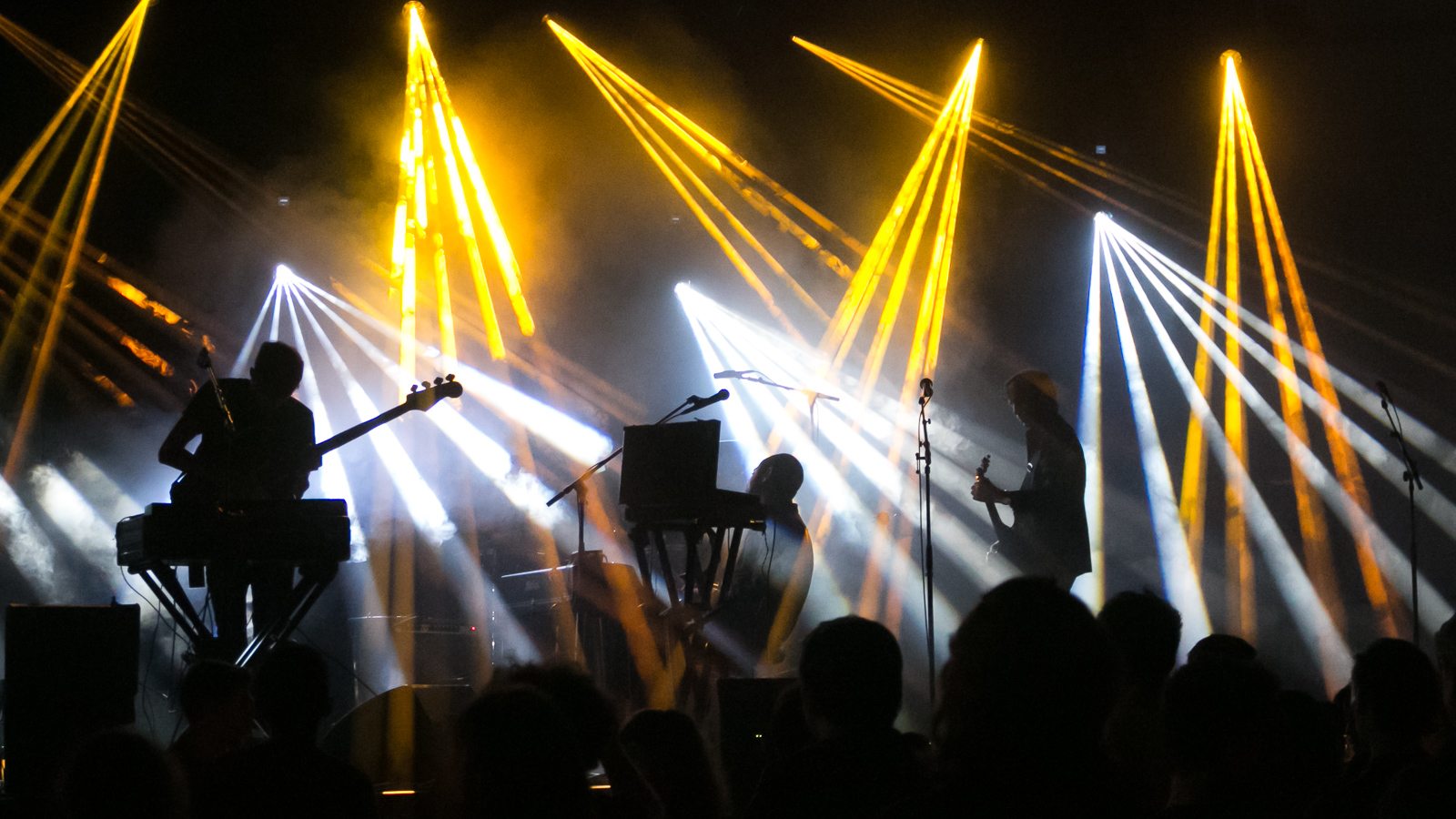 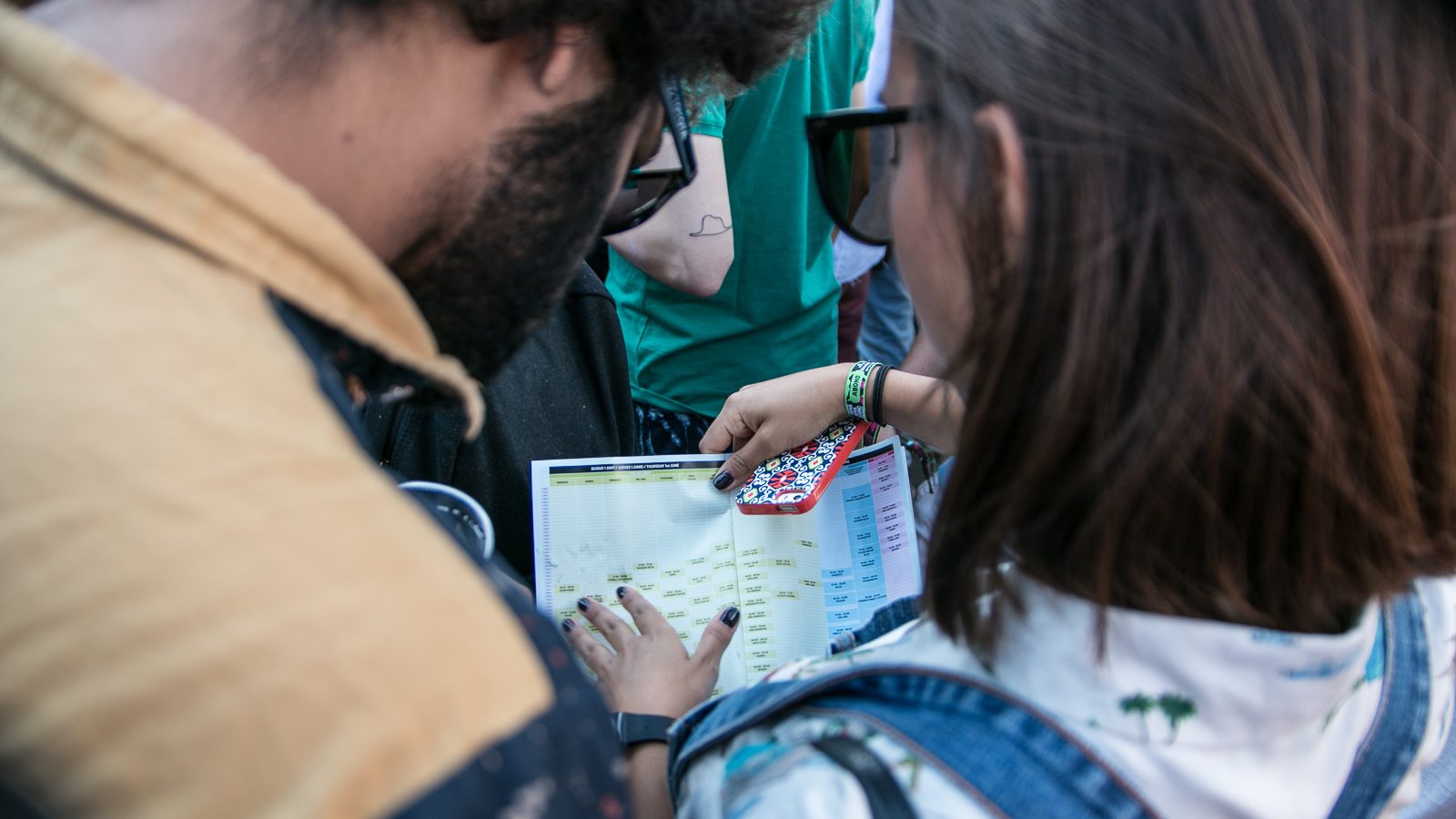 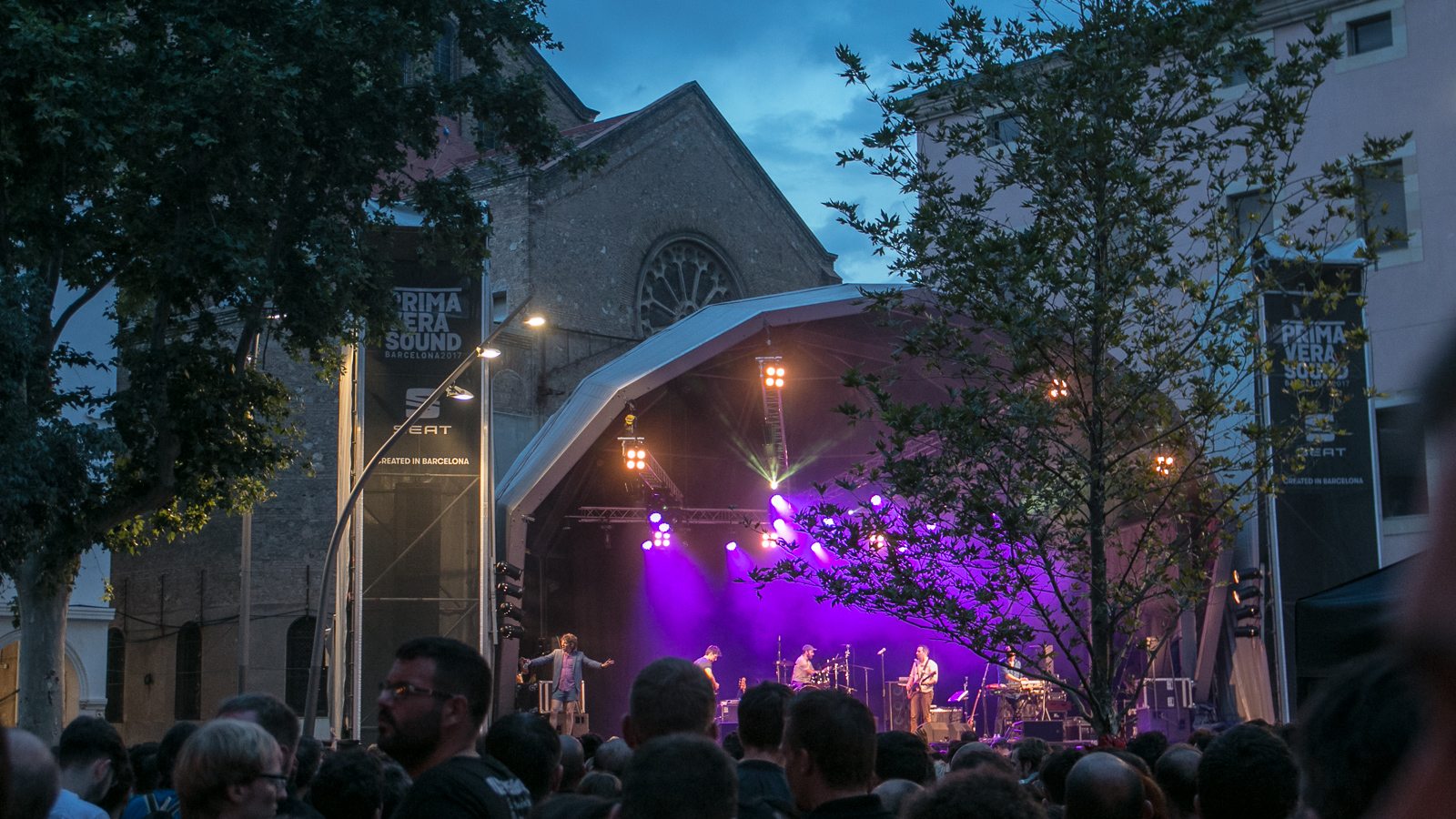 Primavera was my first European festival back in 2015, and the one that kicked off this crazy 100 Nights of Summer adventure, so it will always be special to me. Returning as a veteran turned out to be even more rewarding, as I could focus even more on the artists, and less on the logistics of navigating Barecleona. This remains one of the best lineups of every summer, so make sure to add this one to your festival bucket lists — you won’t regret it. 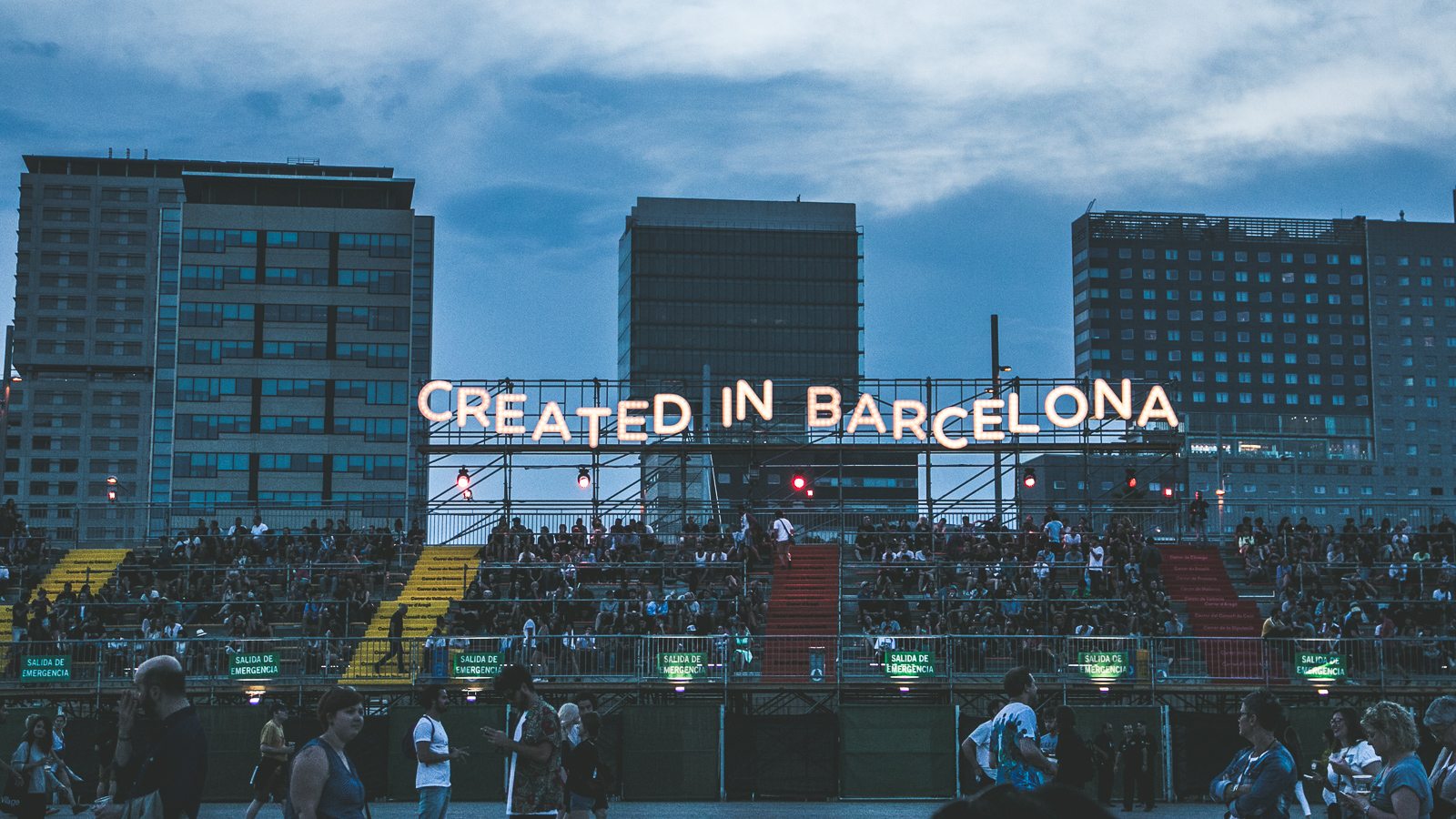