Pol’and’Rock, the festival formerly known as Woodstock Poland, celebrated their 25th anniversary with 500,000 festies from around the world. The entire festival is free and the charity organization behind Pol’and’Rock donates to children’s hospitals around the country. 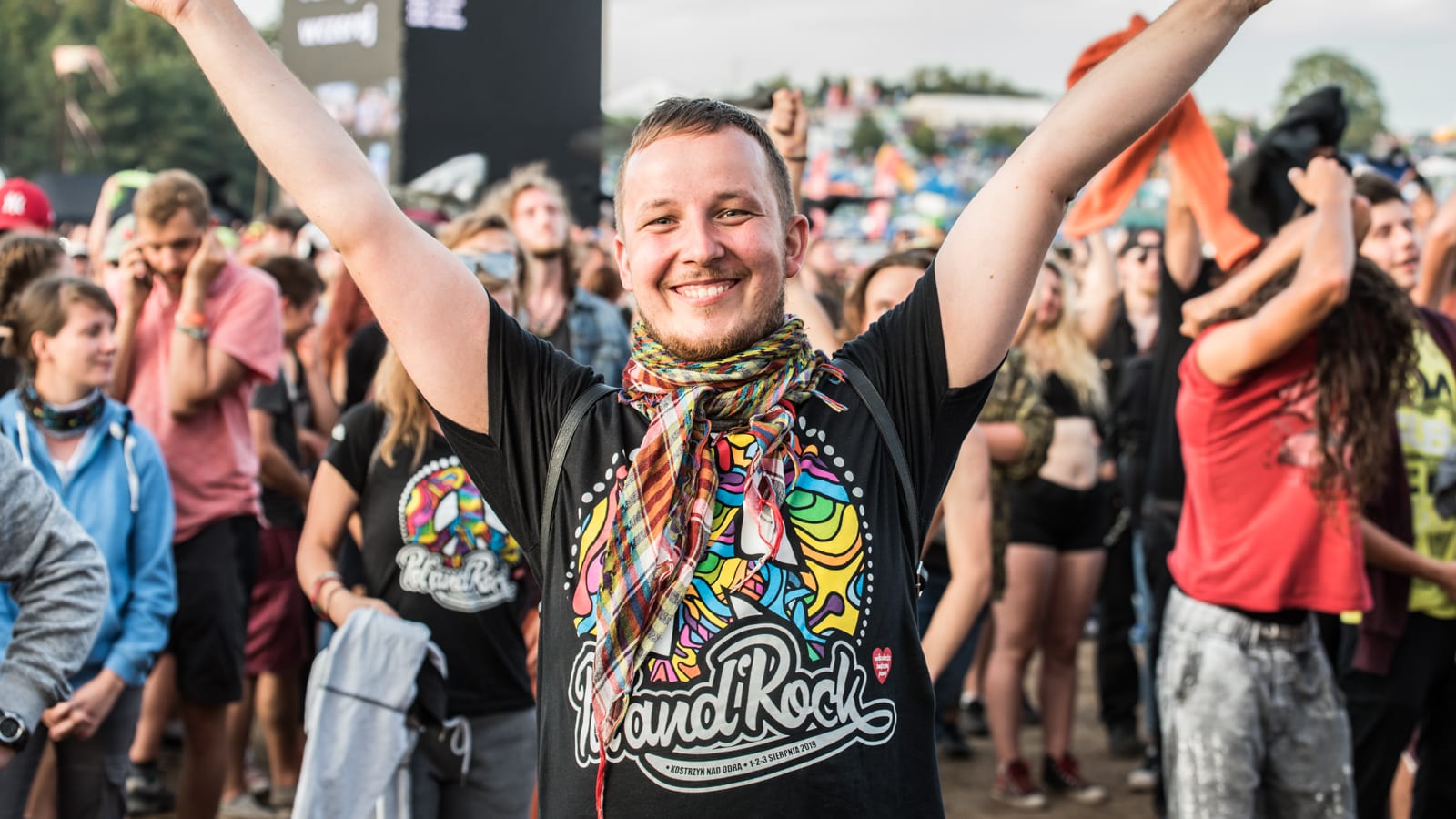 Serbia’s EXIT Festival and Hungary’s Sziget Festival may have just been unseated as the wildest festivals in Europe now that I’ve been to Pol’and’Rock. A half million hippies gathered together in the middle of nowhere for an event that is part cultural milestone, part music festival, and part wild revelry, that results is a gathering that’s completely unique in the world of European music fests.

You would think that such that such an important event for Poland would be supported on the national level, but the conservative government has been trying to undermine the festival for years. This summer it was announced that the Regional Train Services wouldn’t introduce additional trains because of vandalism, but local officials stepped up to fill in the gaps. 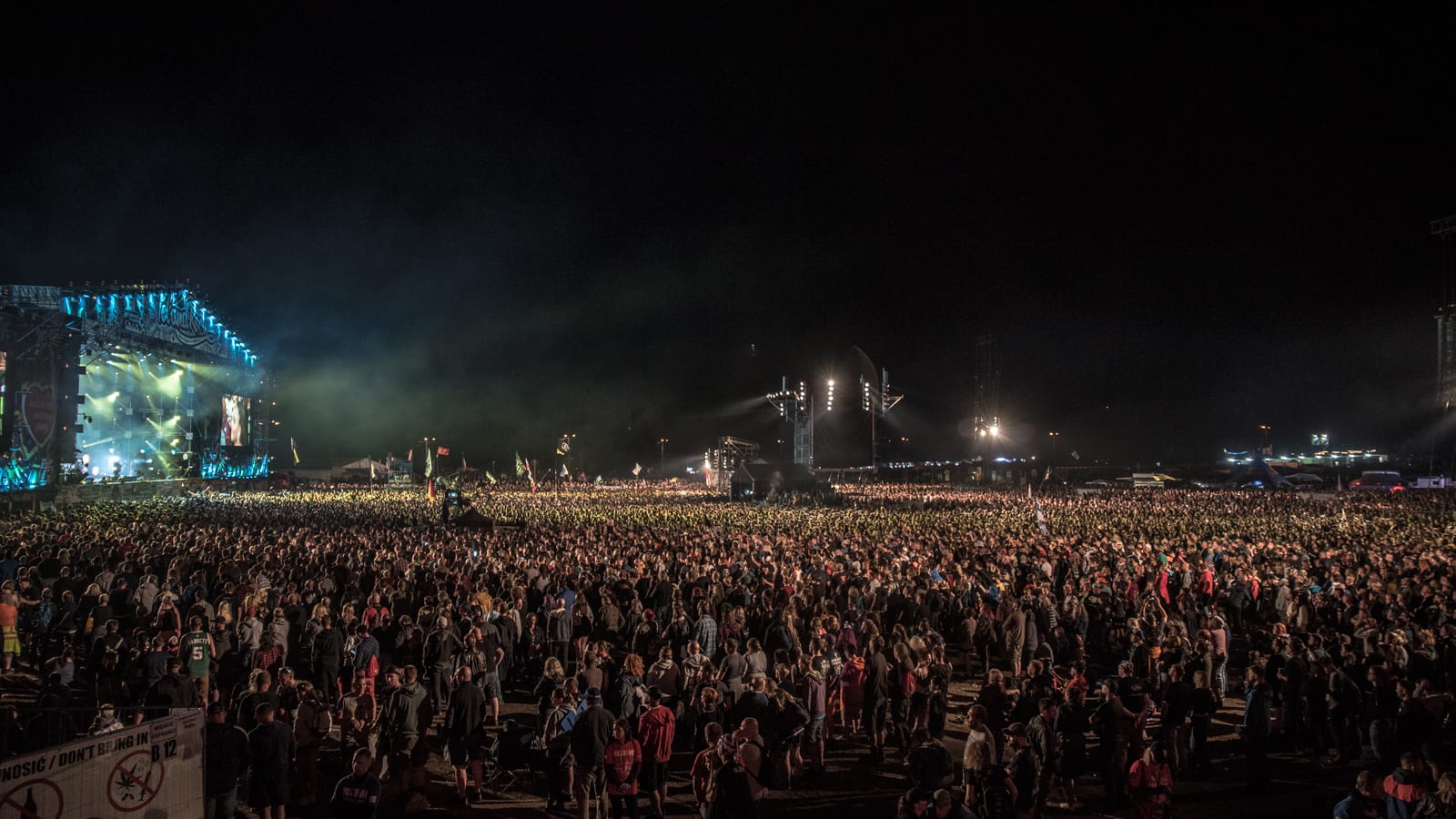 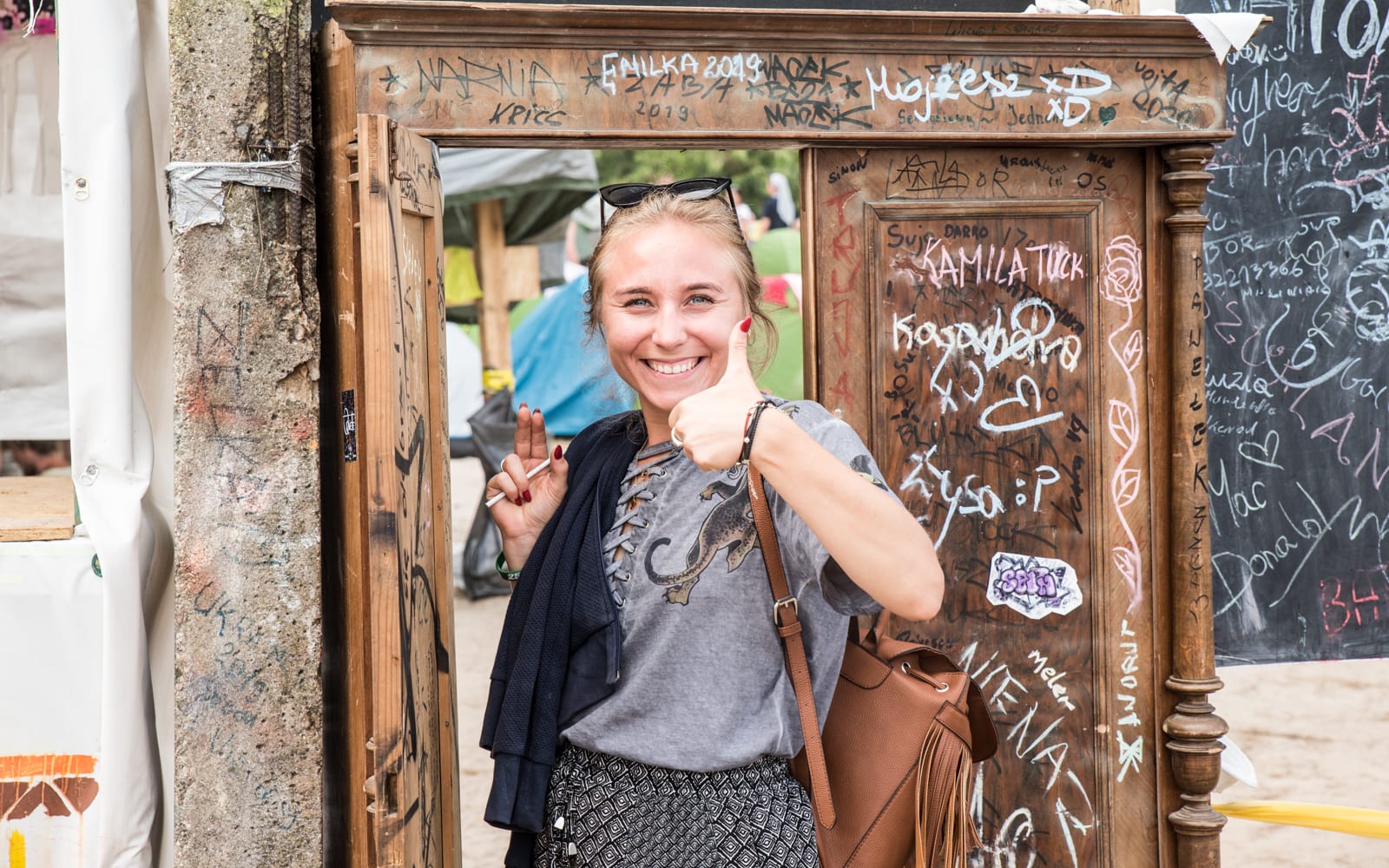 Jurek Owsiak, the founder of the biggest Polish charity (the Great Orchestra of Christmas Charity Foundation) started Pol’and’Rock in 1995 as a thank-you to all the volunteers and benefactors. Inspired by Woodstock ’69, Pol’and’Rock is committed to the importance of community, tolerance, and friendship. Moving to its current location in the tiny village of Kostrzyn in 2004, the festival celebrated its 25th anniversary this summer.

Interesting fact: Up until a few years ago, Pol’and’Rock was known as Przystanek Woodstock, but had to stop using the name because the original Woodstock organization banned it. 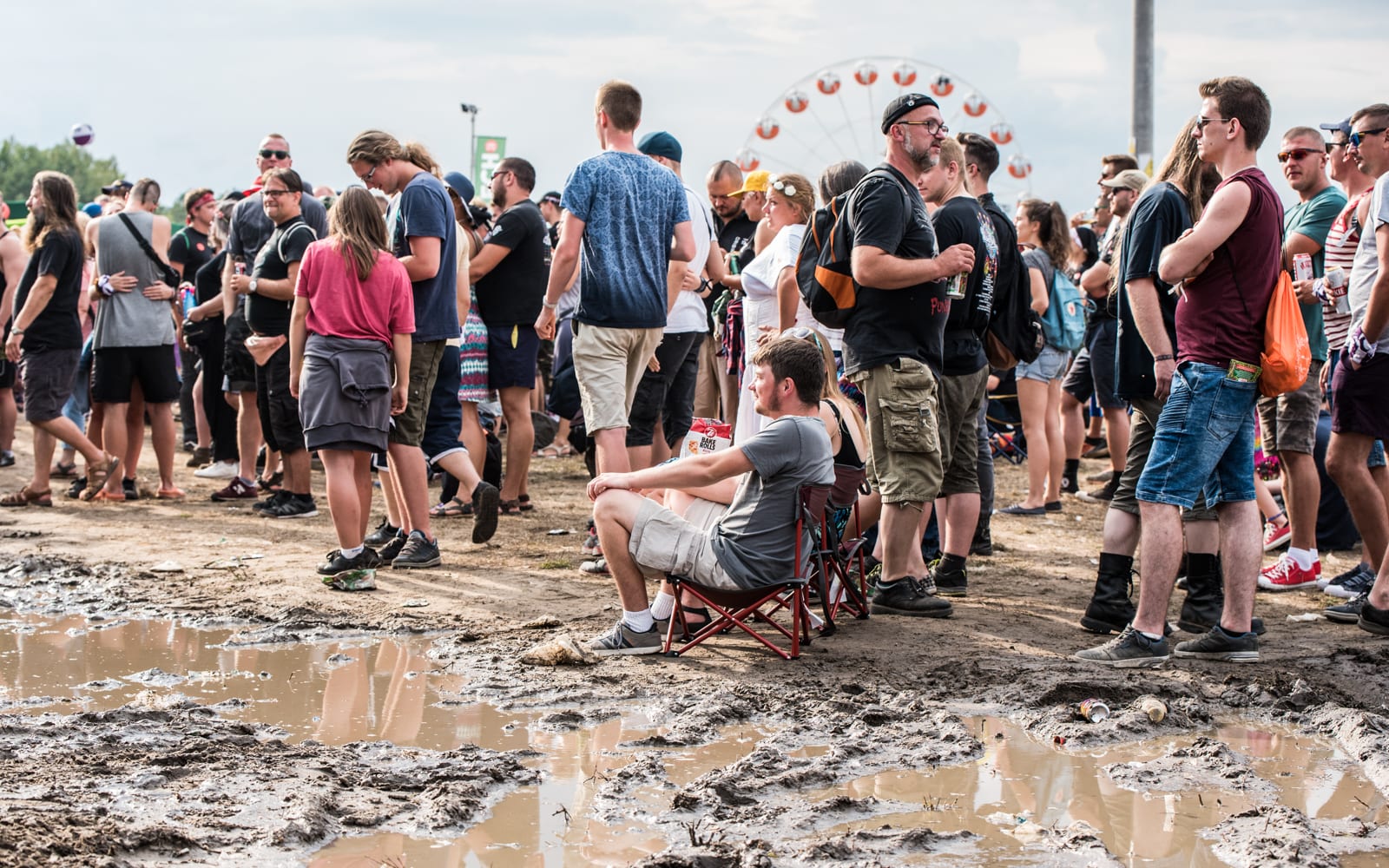 The Venue
It’s moved a few times over the years, but for now Pol’and’Rock takes over the fields and forests in the small town of Kostrzyn on the western border of Poland. There is as much camping as you can handle and the atmosphere is so laid back here you may never end up at the massive main stage area. 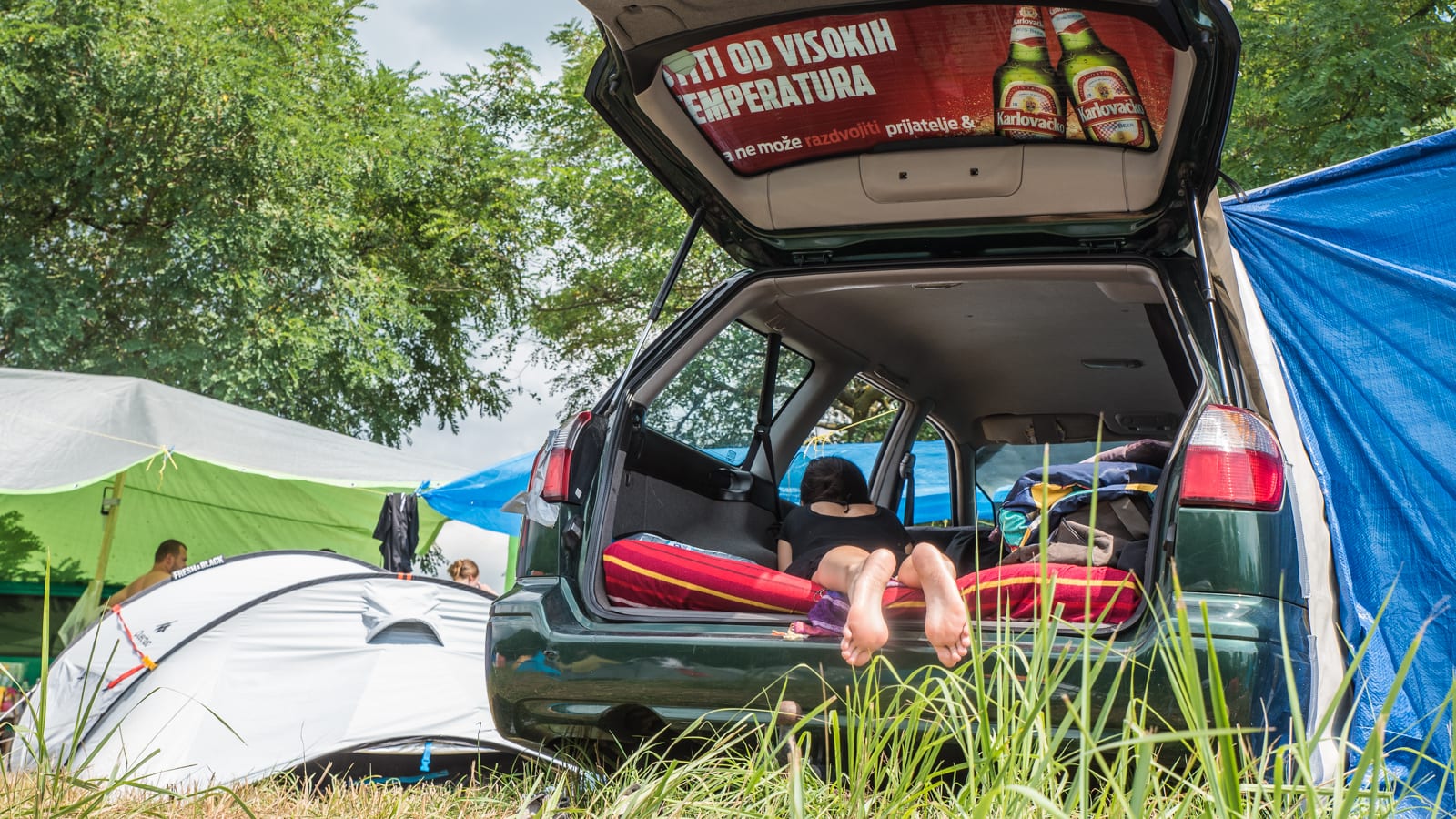 See the whole photo gallery of the atmosphere of Pol’and’Rock right here.

The Crowd
For years, the Polish government has been trying to sabotage the festival calling it a den of drugs, sex, and rock and roll, you know, what you see at pretty much every festival around the world. What I saw was thousands of Polish festies celebrating their right to gather and dance, proudly wearing shirts from previous years and embracing the true spirit of Woodstock. If you want to see the music festival as an act of freedom, then this is the spot to see it. 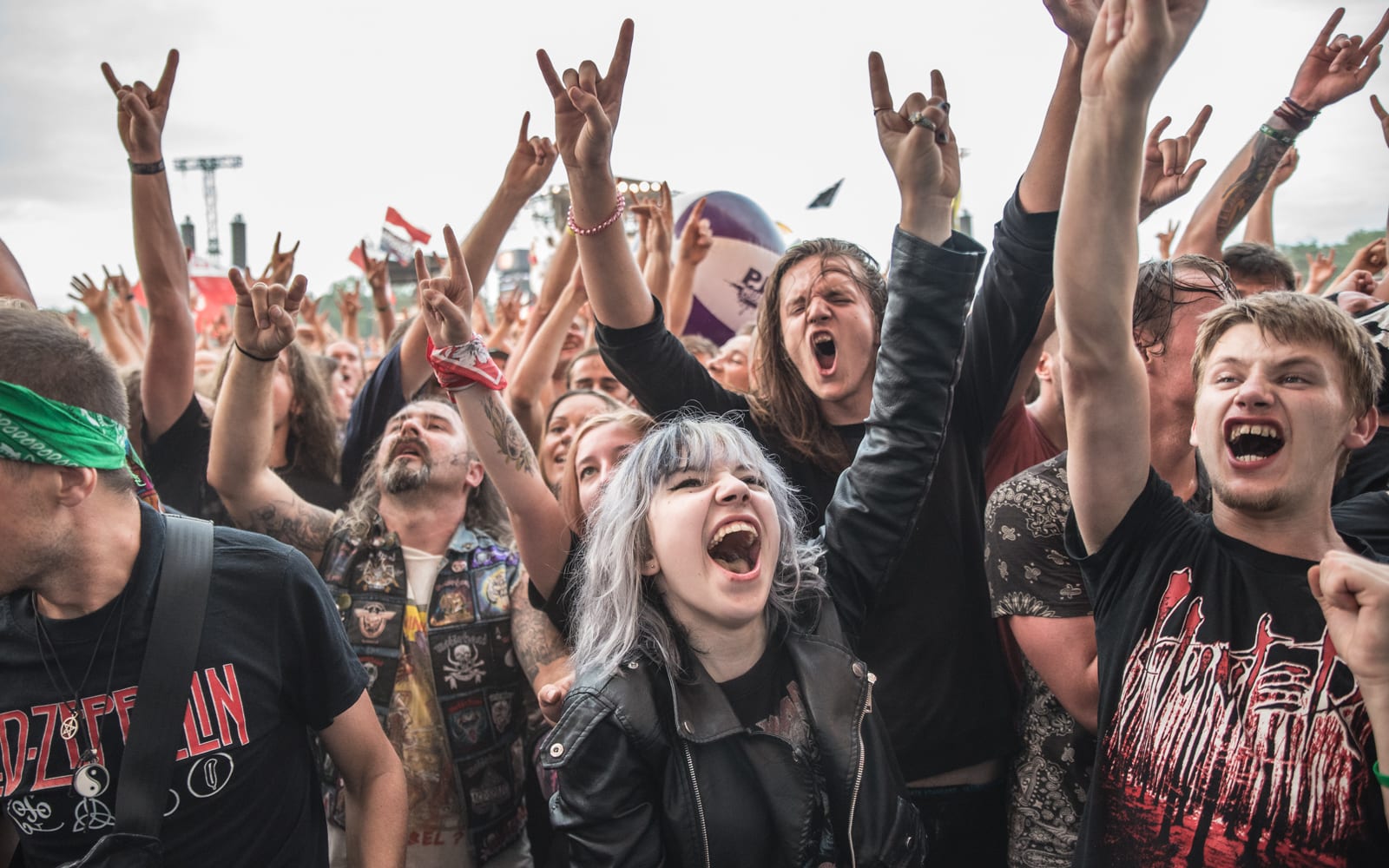 Want to see even more Pol’and’Rock festies? Check out the photo gallery over here.

The Music
Prophets of Rage, Testament, Gogol Bordello, and Ziggy Marley were some of the international talent that showed up on the main stage over three nights of music. Saturday night was capped by an emotional performance from Kult, a legendary Polish band that gained prominence after the end of Communist rule in 1989. I was blown away that everyone in the crowd knew the words to every single song. 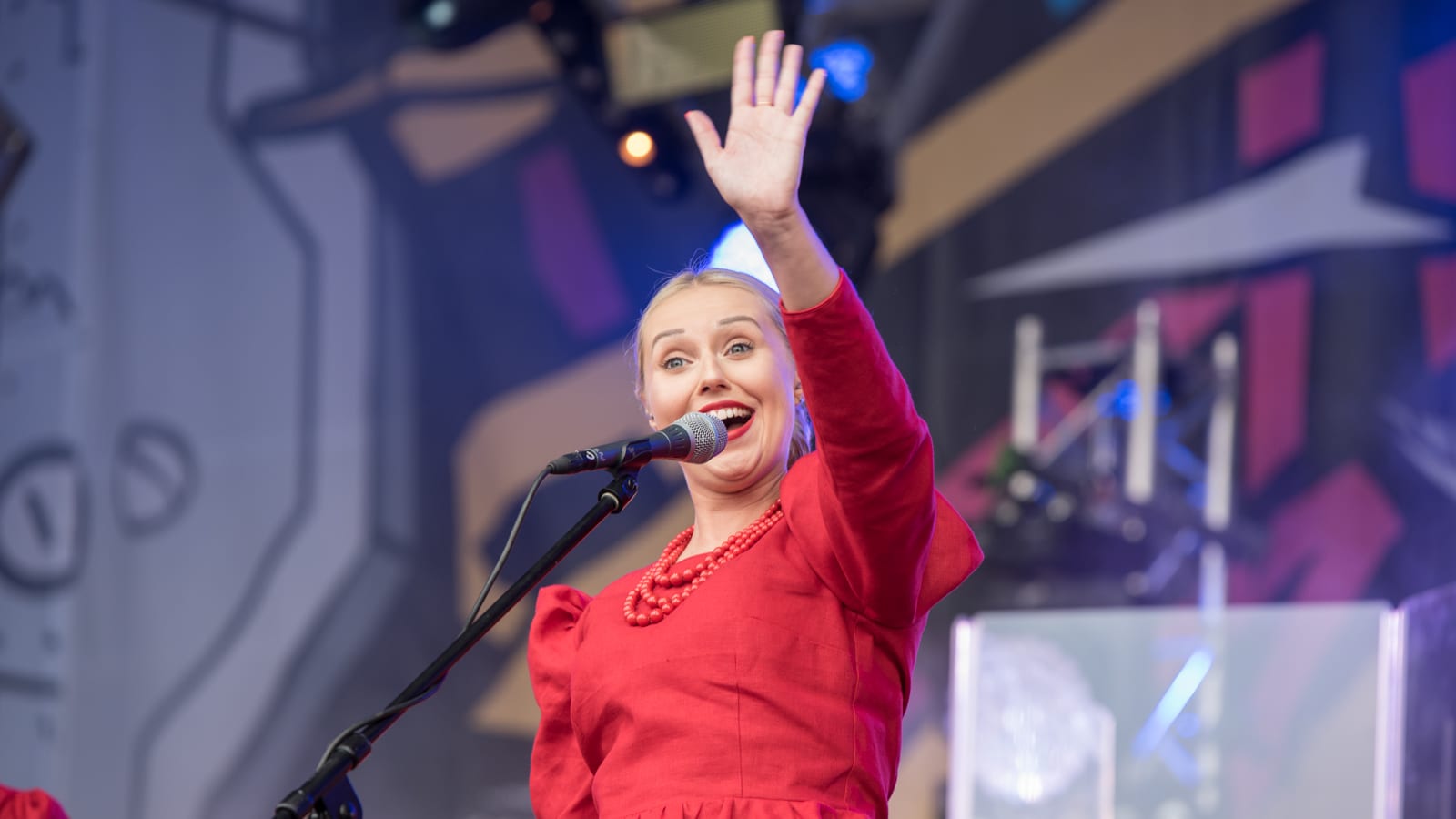 The Spirit of Woodstock
I grew up just 125 kilometers away from the site of the original Woodstock, and it seems strange that I had to travel halfway around the world to find a festival that lives up the name. The 50th anniversary of Woodstock ’69 famously imploded this summer for a variety of reasons while Pol’and’Rock just celebrated its silver anniversary. If you’re looking for a festival that’s channeling the vibe of Woodstock, this is the place. 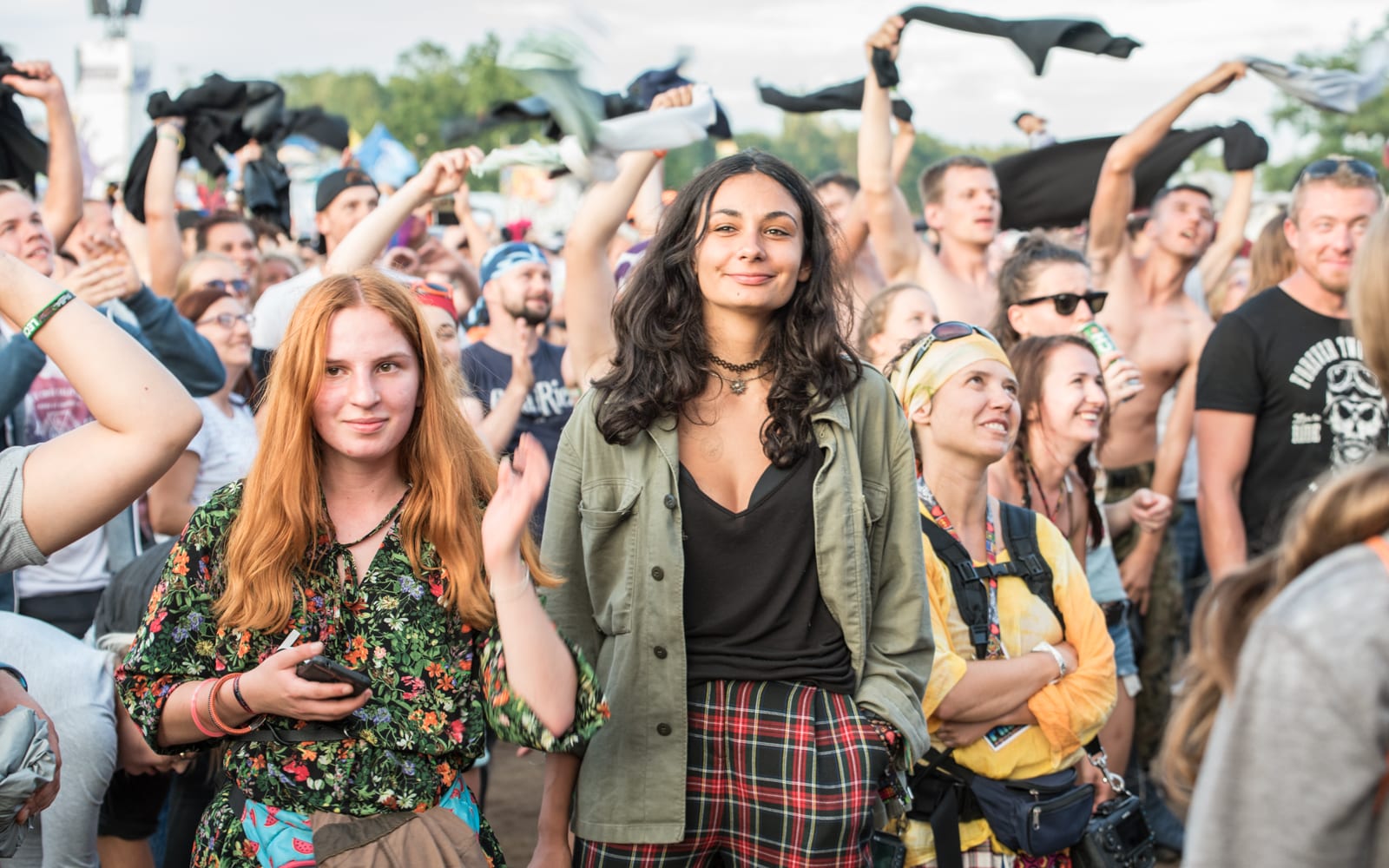 This Crowd Below Isn’t For a Musical Artists
At the top of the hill was the culture tent where writers, activists, and actors gathered for panels and talks. This is the closest I ever got to this stage.

Unicorn Over the Rainbow
Sometimes you just turn around and there’s a unicorn flying right at you. 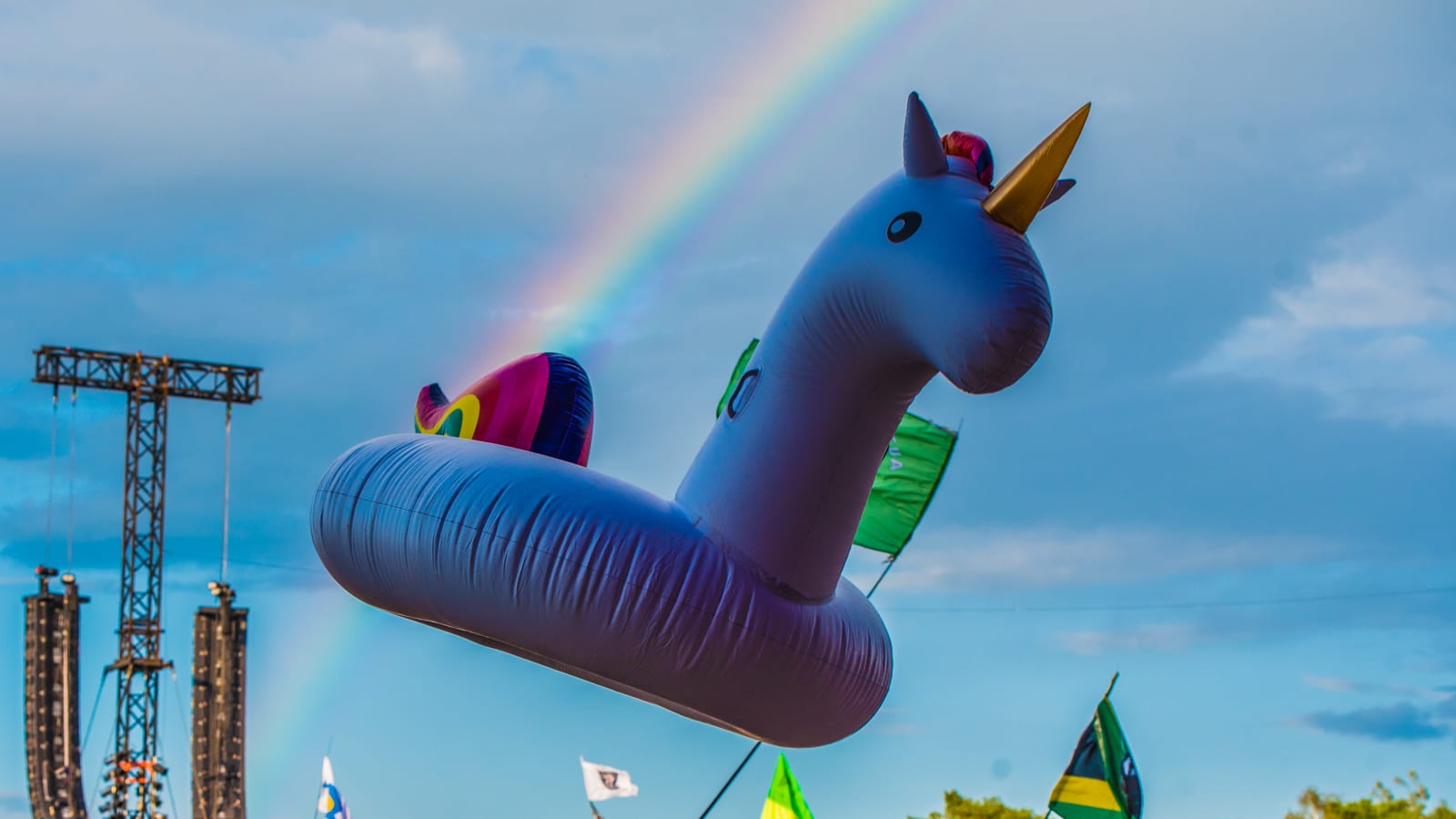 The Mud Pit
Here’s a happy guy in a giant pit of mud, just chilling in a chair he found somewhere. 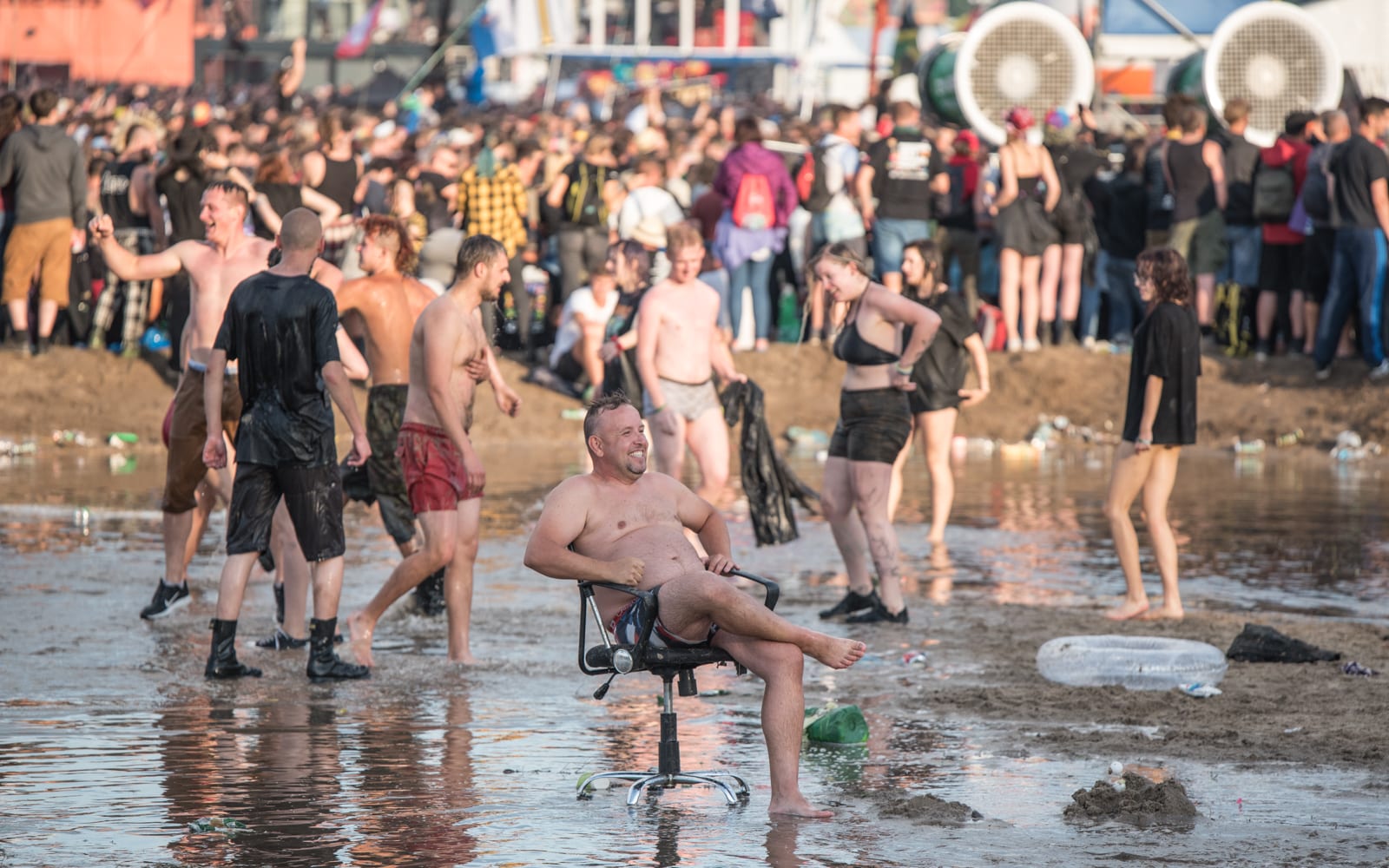 What’s the Prime Hours for Music? You’ll want to pace yourself and head down to the main fields in the late afternoon and push it all the way to when the headliners finish around one in the morning.

What’s the Weather Like? It’s hot and unless you arrive days before the festival starts to claim the prized wooded camping territory, you’re looking at open fields and not much shade. Same goes for inside the festival area too.

How Do I Get There? I took the train from Berlin, which should have taken 90 minutes, but ended up being six hours due to lightning strikes from the night before.

Where Do I Sleep? If you’re going to Woodstock, you’re camping. It’s a big part of the experience, but if you’re wary of the free camping, there’s paid upscale camping with security, bathroom facilities, and a location right next to the festival entrance. 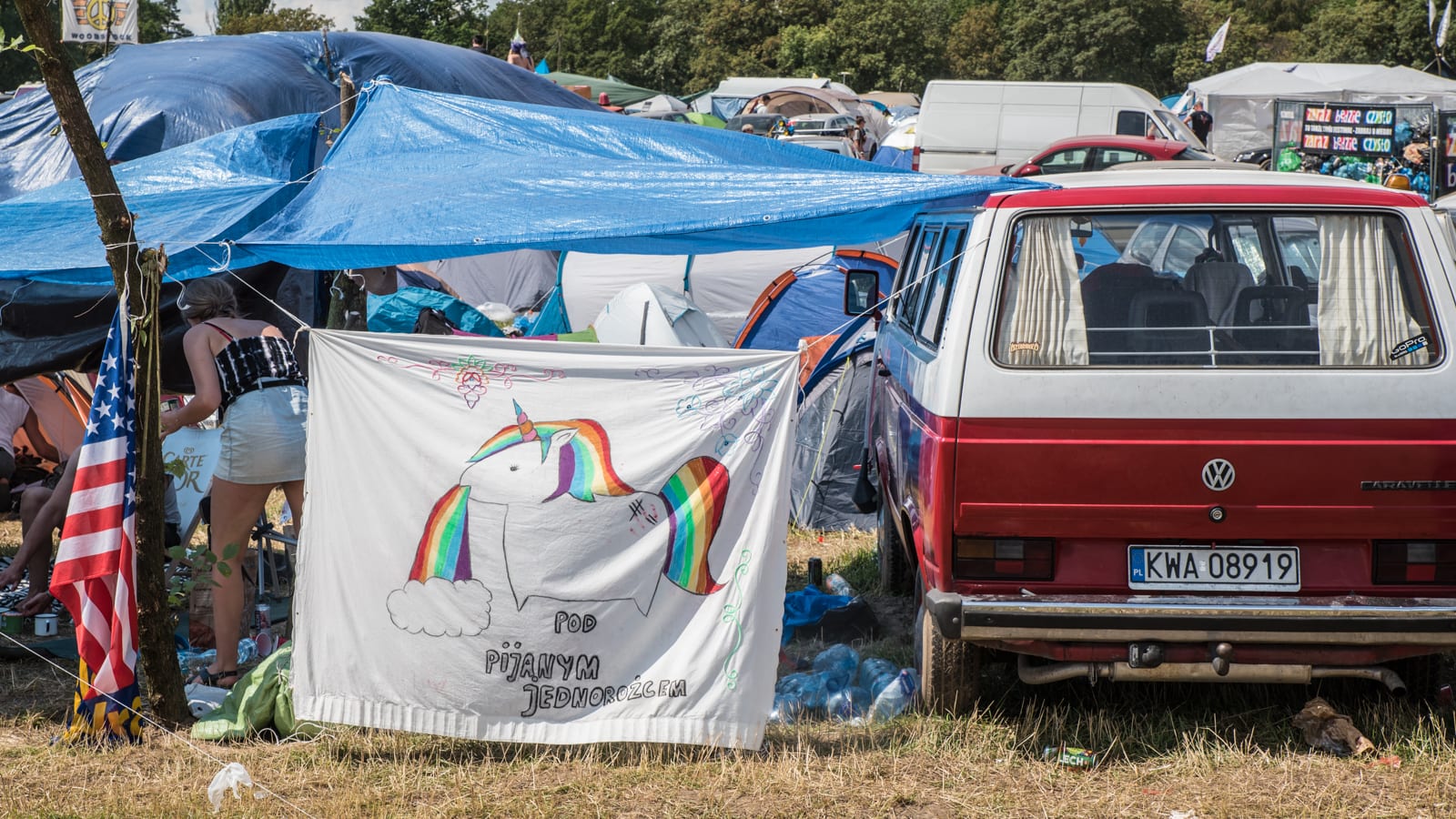 Simply, one of the most unique festivals in Europe and one of the highlights during this 5-year 100 Nights of Summer journey. Beware, Pol’and’Rock is not for the faint of heart, but if spending time with hundreds of thousands of the chilliest people around seems like a good time, then you’ll want to check it out. Did I mention it’s free?