The Mad Cool Festival in Madrid burst onto the summer scene in 2016 and immediately became a massive hit, due in no small part to curating one of the top lineups of the season. All three days (along with the new opening night party) are loaded with heaps of artists guaranteed to keep you dancing until the Spanish sunrise. 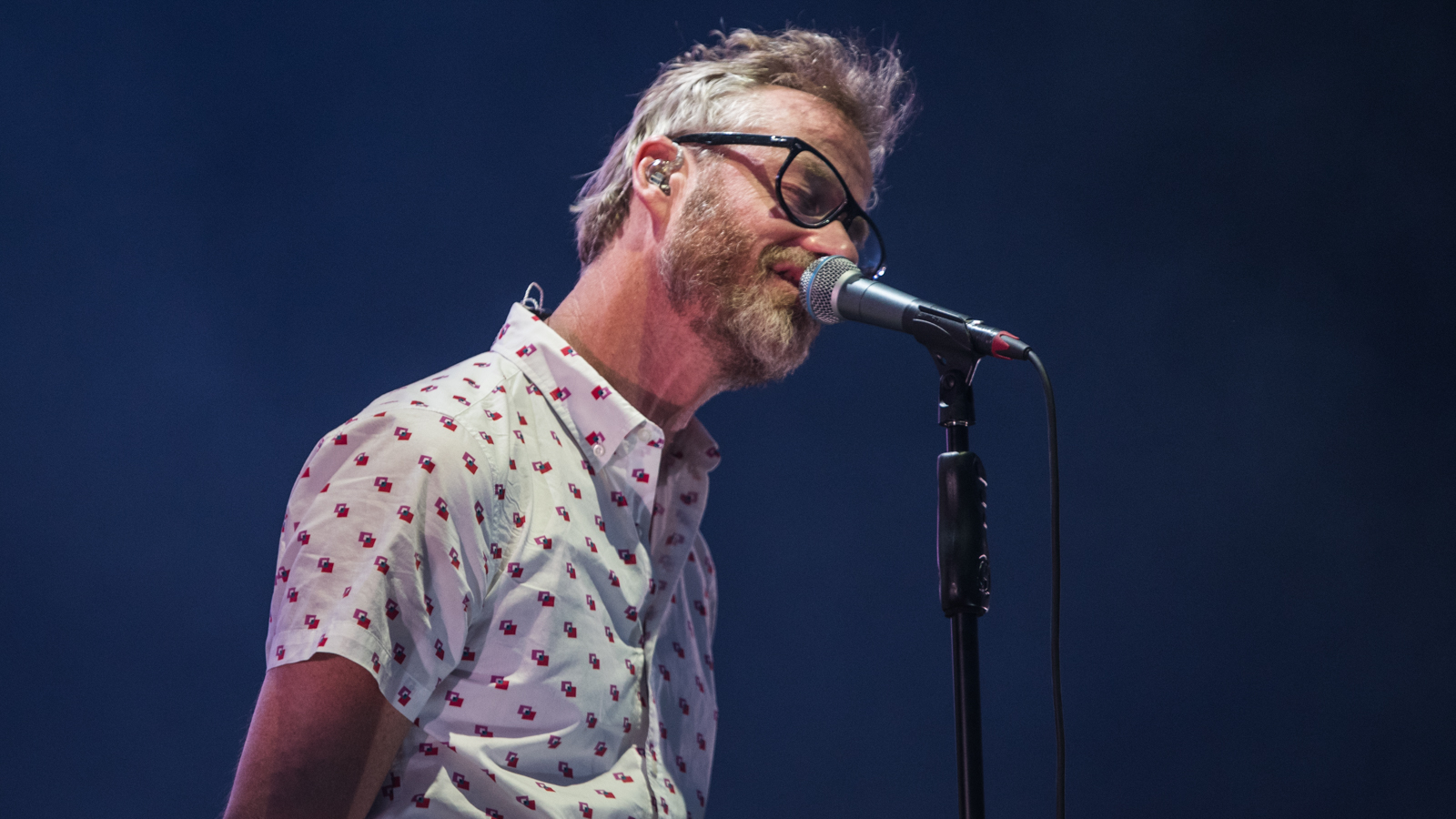 Mad Cool has been on my radar ever since and this summer I was finally able to work into the 100 Nights of Summer Tour. Like the Rock Werchter Festival in Belgium, this festival is stuffed with international talent, sometimes feeling like every major act that’s on the road has stopped by Madrid for the night.

PHOTO GALLERY: THE ARTISTS AND ATMOSPHERE OF MAD COOL 2019 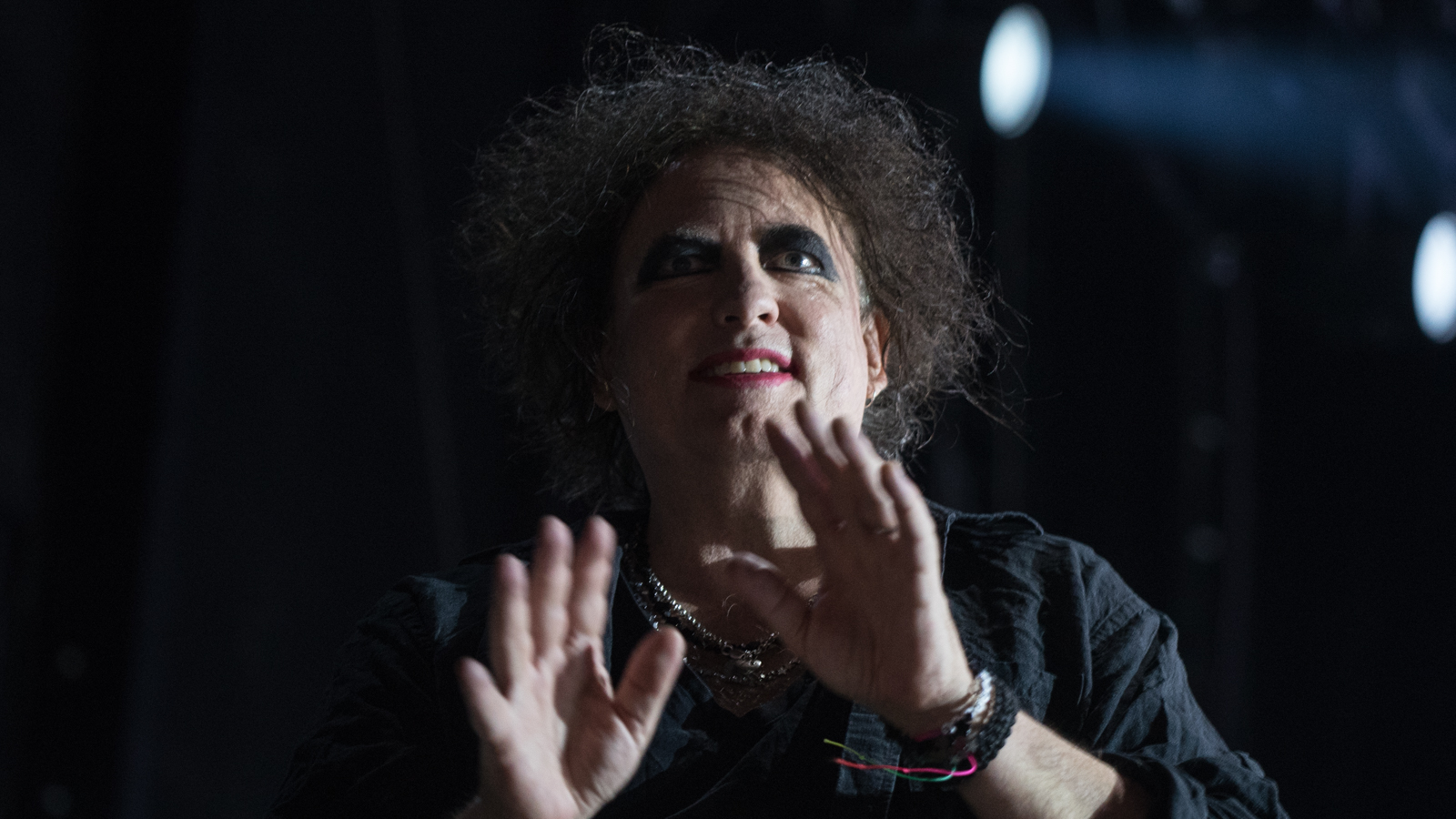 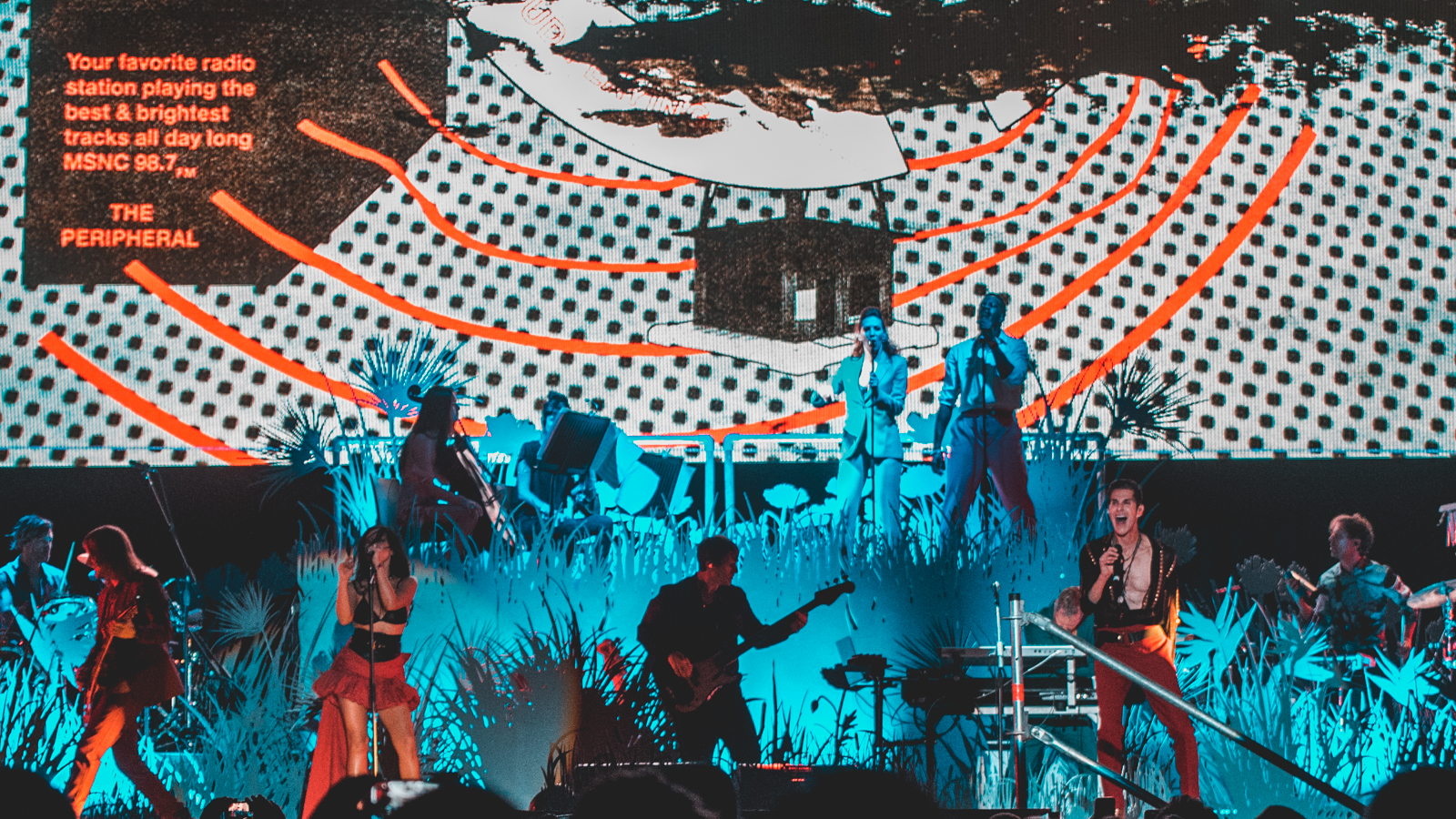 The Venue: Espacio Mad Cool
Mad Cool sits on the outskirts of Madrid in a massive 100,000 square meter space. The bad news: there’s not much shade from the crippling heat. The good news: you’re only going to have to worry about the sun for a few hours, as this is mostly a night time festival. Every inch of the venue is covered in artificial grass, making it easy to plonk down on the ground (just make sure to check that someone hasn’t spilled beer on your spot). 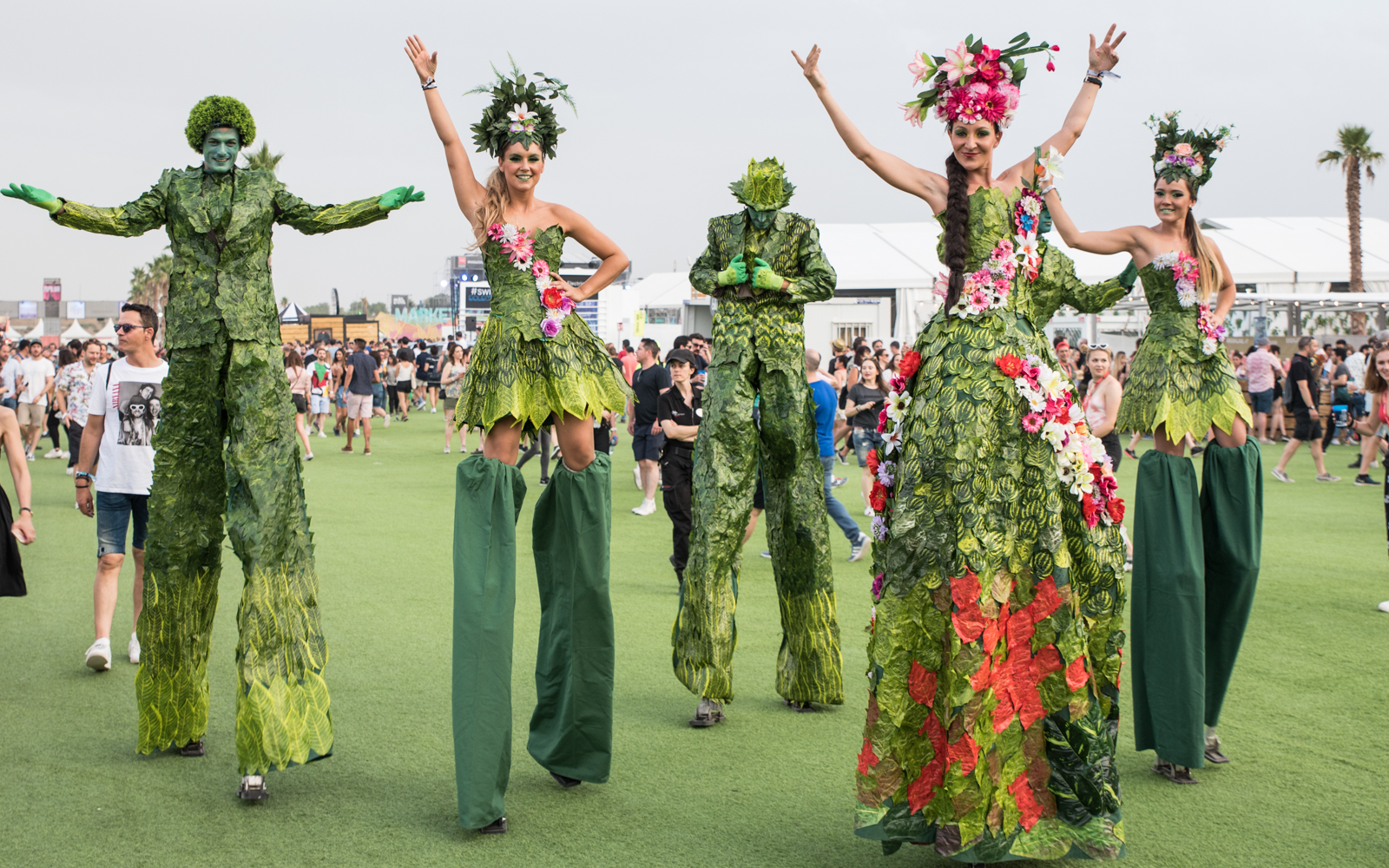 The Crowd: Let’s Go to Spain!
What are you doing for your summer holidays? How about we go to Spain and see some of the biggest bands in the world while touristing around the sights of Madrid? You’re not alone if this sounds like your idea of a vacation. This is a very international crowd, and with bands like The Cure and Smashing Pumpkins, a very diverse range of ages at the show. 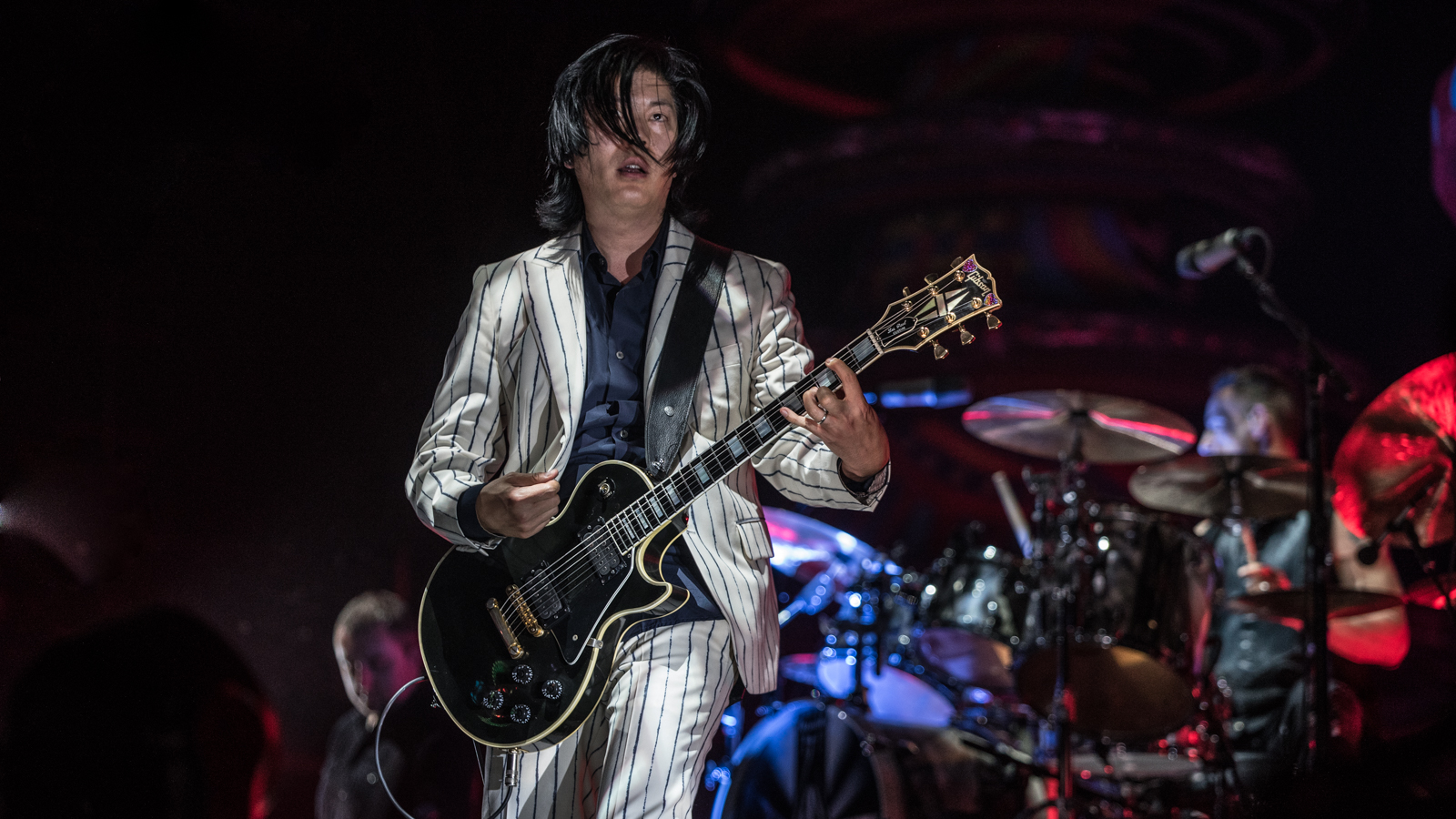 The Music: Toda La Musica
There are nothing but serious clashes at Mad Cool, and you won’t get to see everything on your wishlist. For the first time in a while, I had to make some tough judgement calls (Perry Farrell over Bon Iver/The Hives over Vampire Weekend). As with most mega-fests, there’s more than enough tunes to keep any music fan satisfied, with everything from legacy bands like The Cure on the main stage to indie acts like Let’s Eat Grandma and Black Honey on the smaller stages. 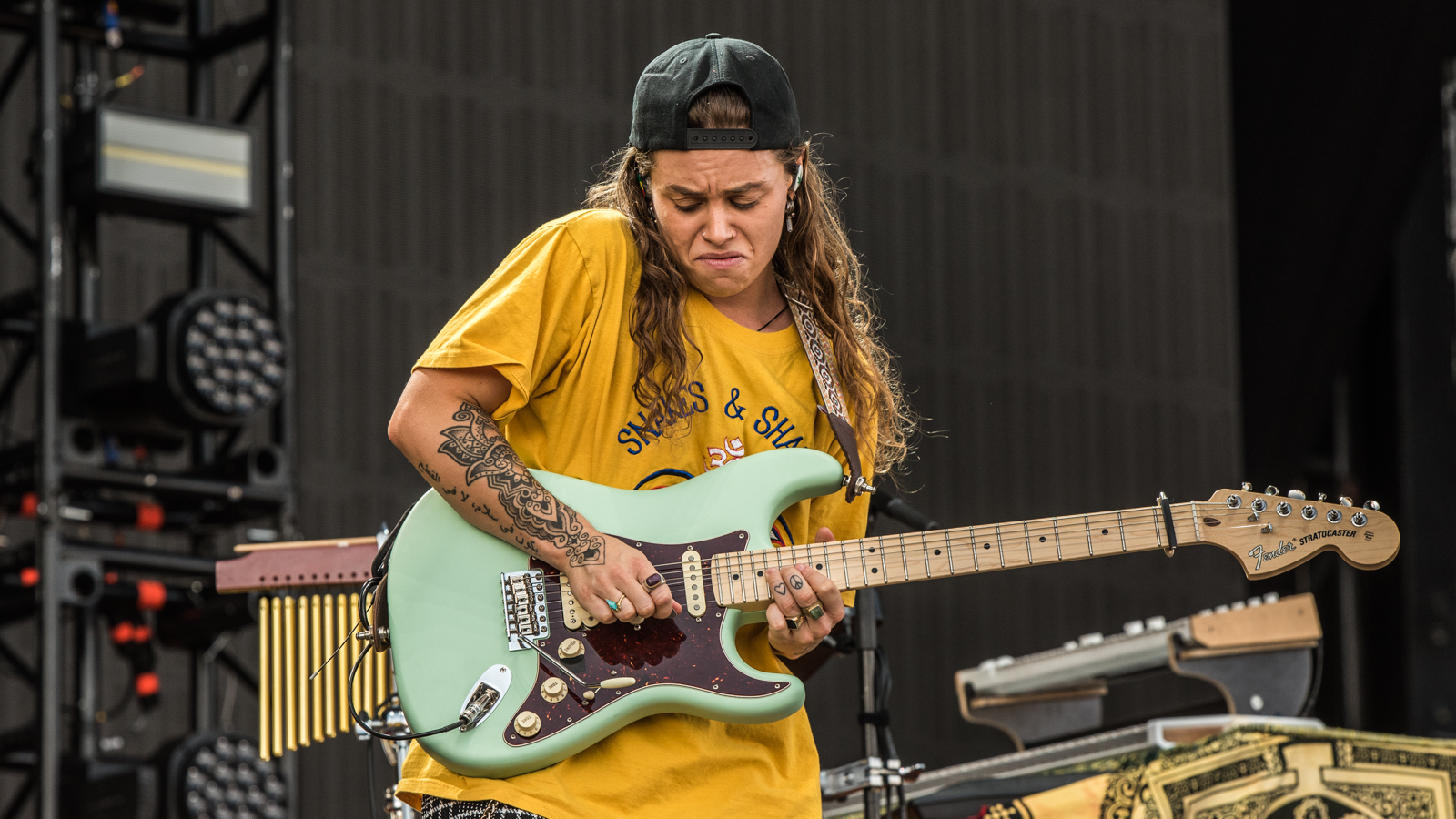 Meanwhile on the Side Stages…
The Loop put on a nearly non-stop barrage of electronic music in all its forms, and wandering into the laser beam light show felt like stepping into a different festival at times. The real heartbreak of this oversized lineup is that the dual indie rock stages were occasionally sparse with fans, which is a shame because a lot of these bands are going to be your headliners in a few years. 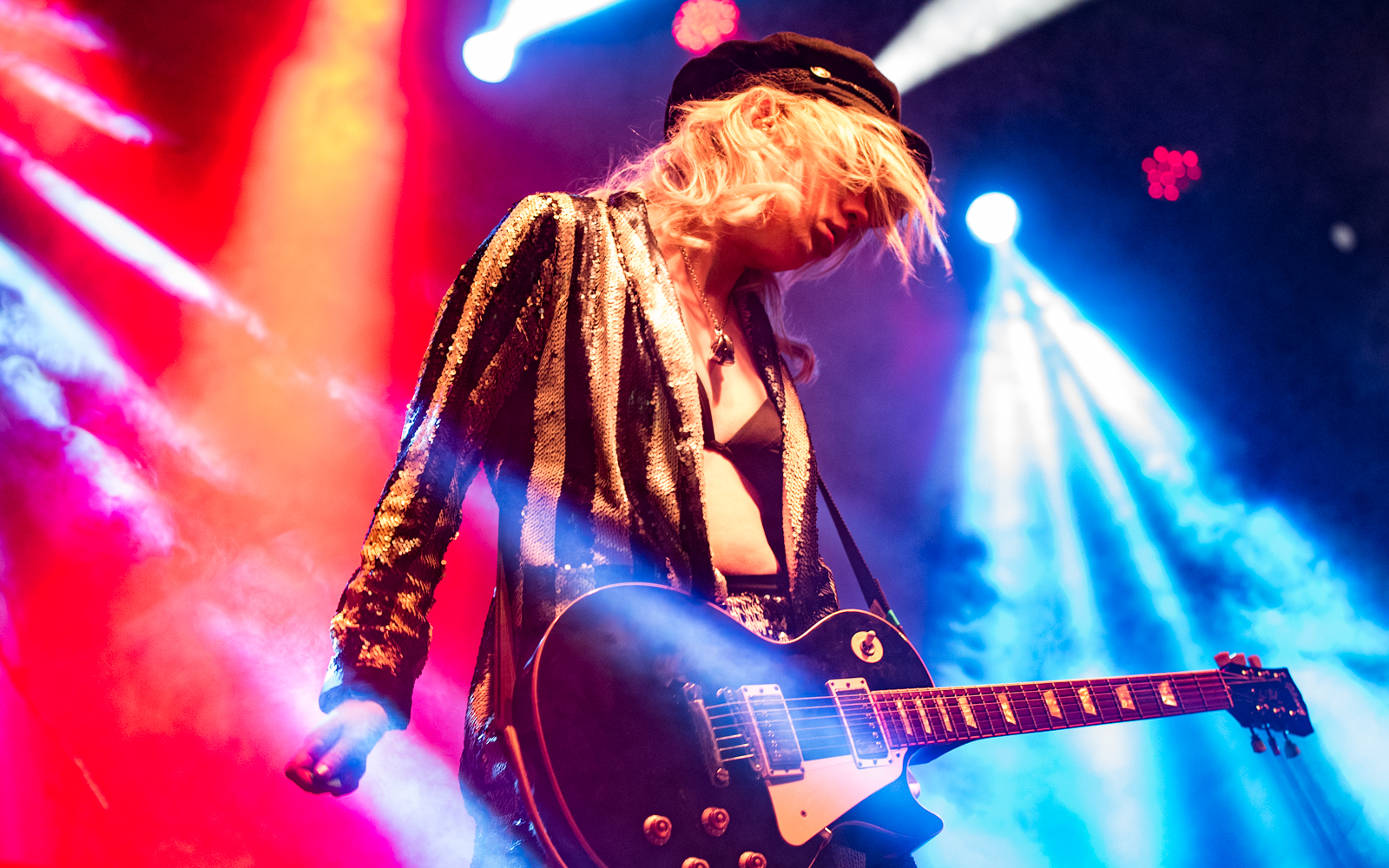 Festival All-Stars: Wolfmother/Greta Van Fleet
Both acts have charismatic curly-haired frontmen, worship at the altar of seventies classic rock, and burn through their sets at full force. They also played the same stage at the same time on different nights, and I’m not sure why they just don’t tour together. 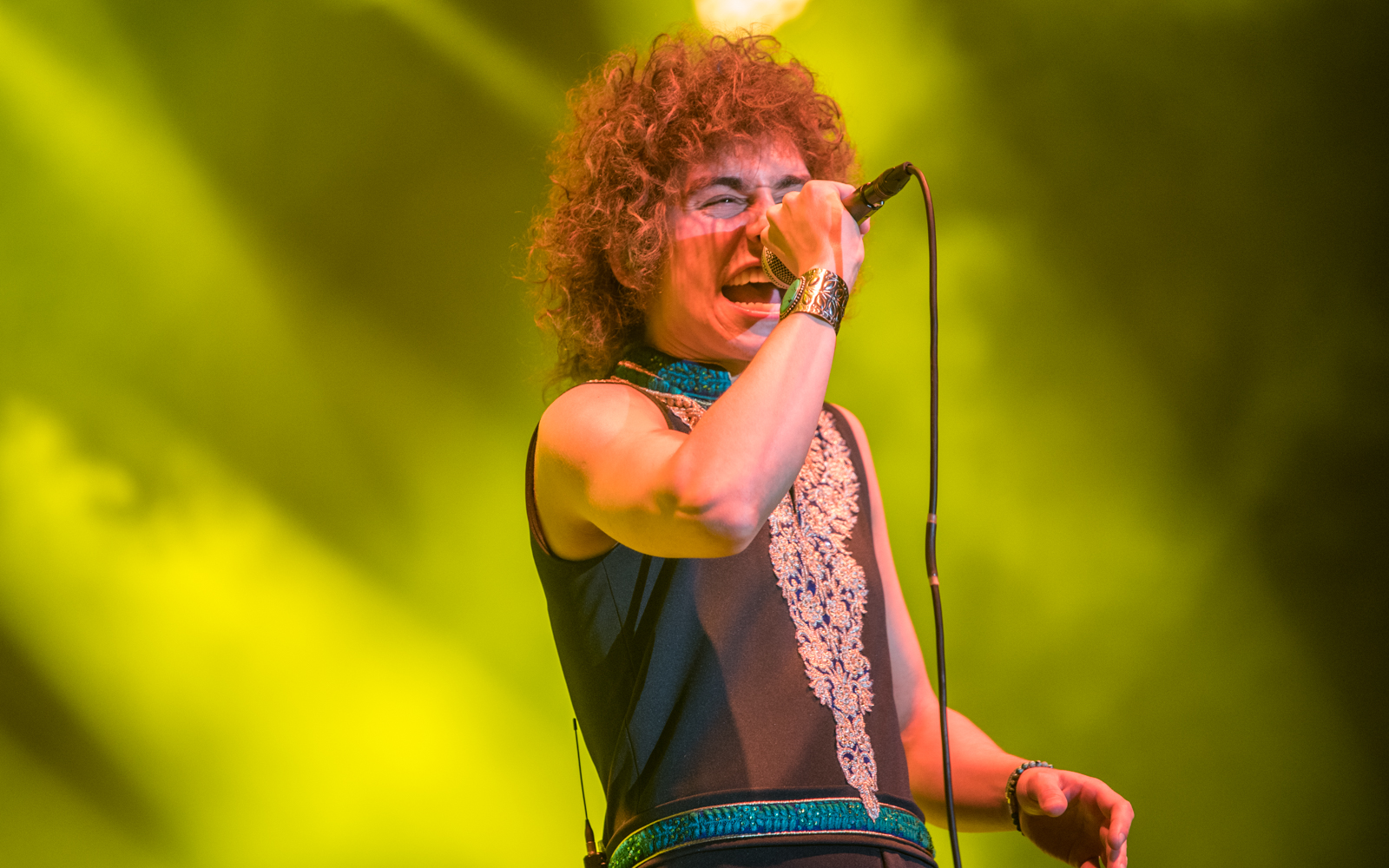 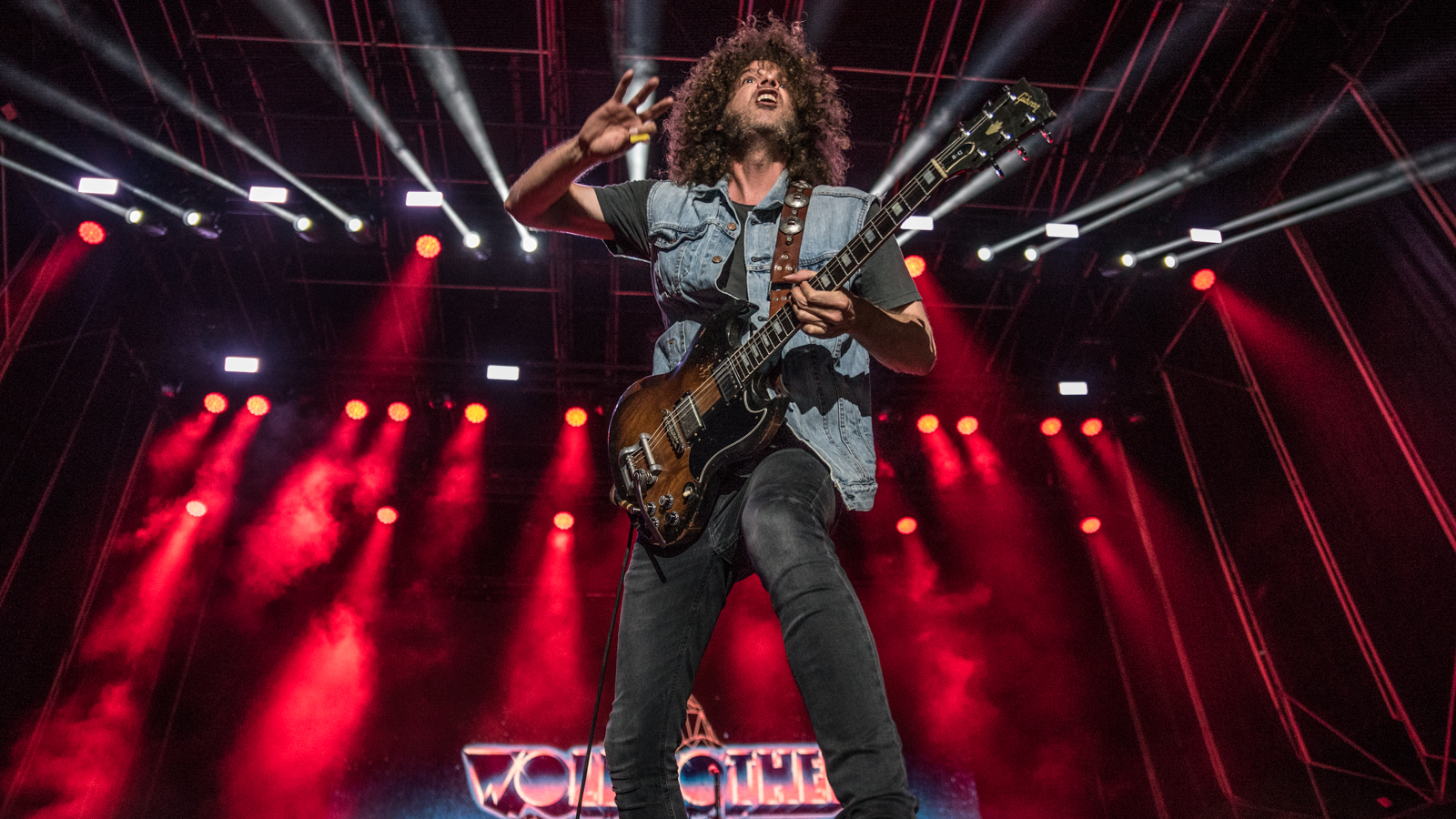 Favorite Set: Smashing Pumpkins
After two encounters with Smashing Pumpkins, nobody was more surprised than me when I found myself up in the pit, close enough to see the glistening sweat on James Iha. I finally got to photograph Billy Corgan, who looks like he’s on summer vacation from his job at Hogwarts teaching Defence Against the Dark Arts. I finally got your soul, Billy! 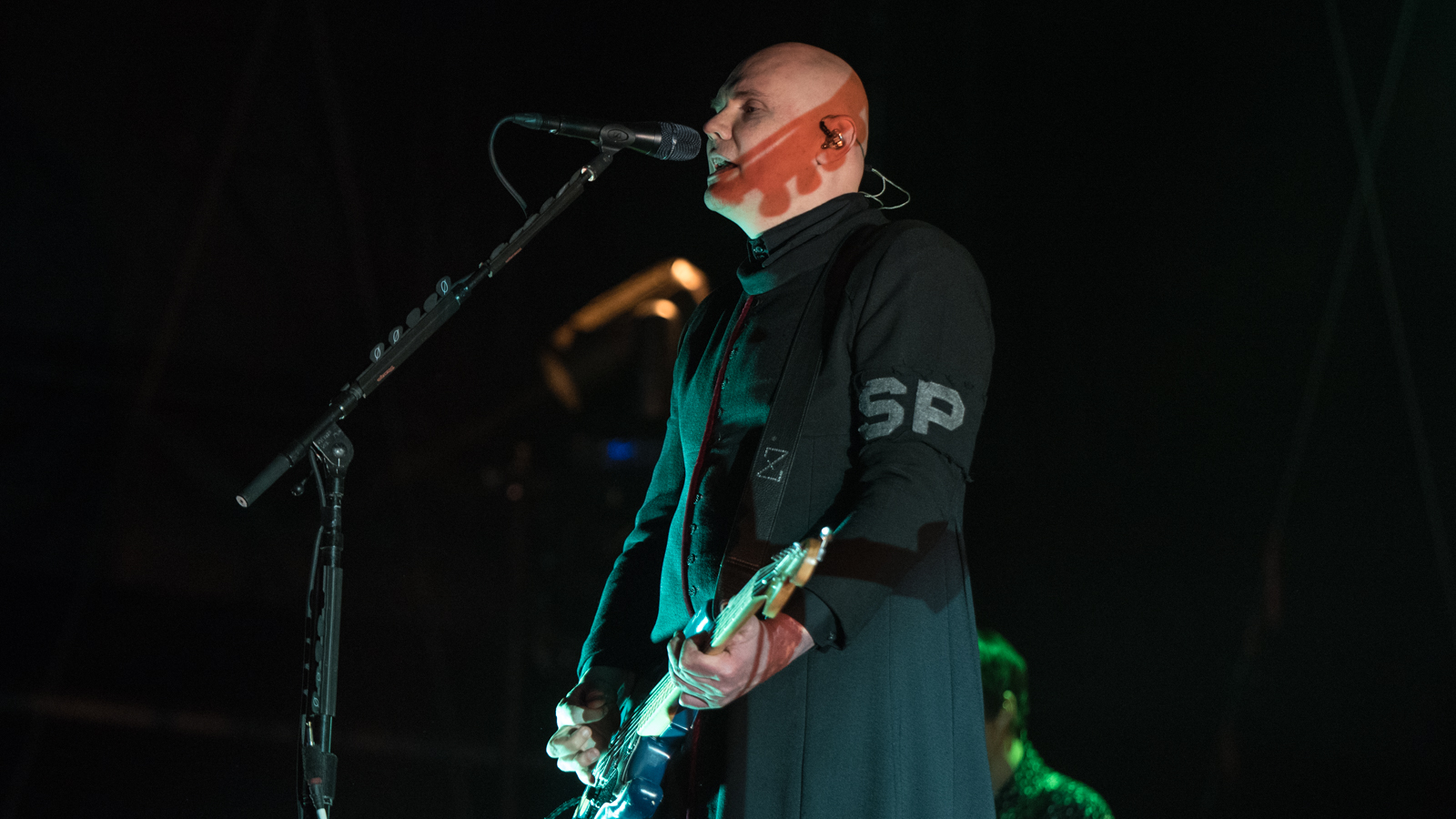 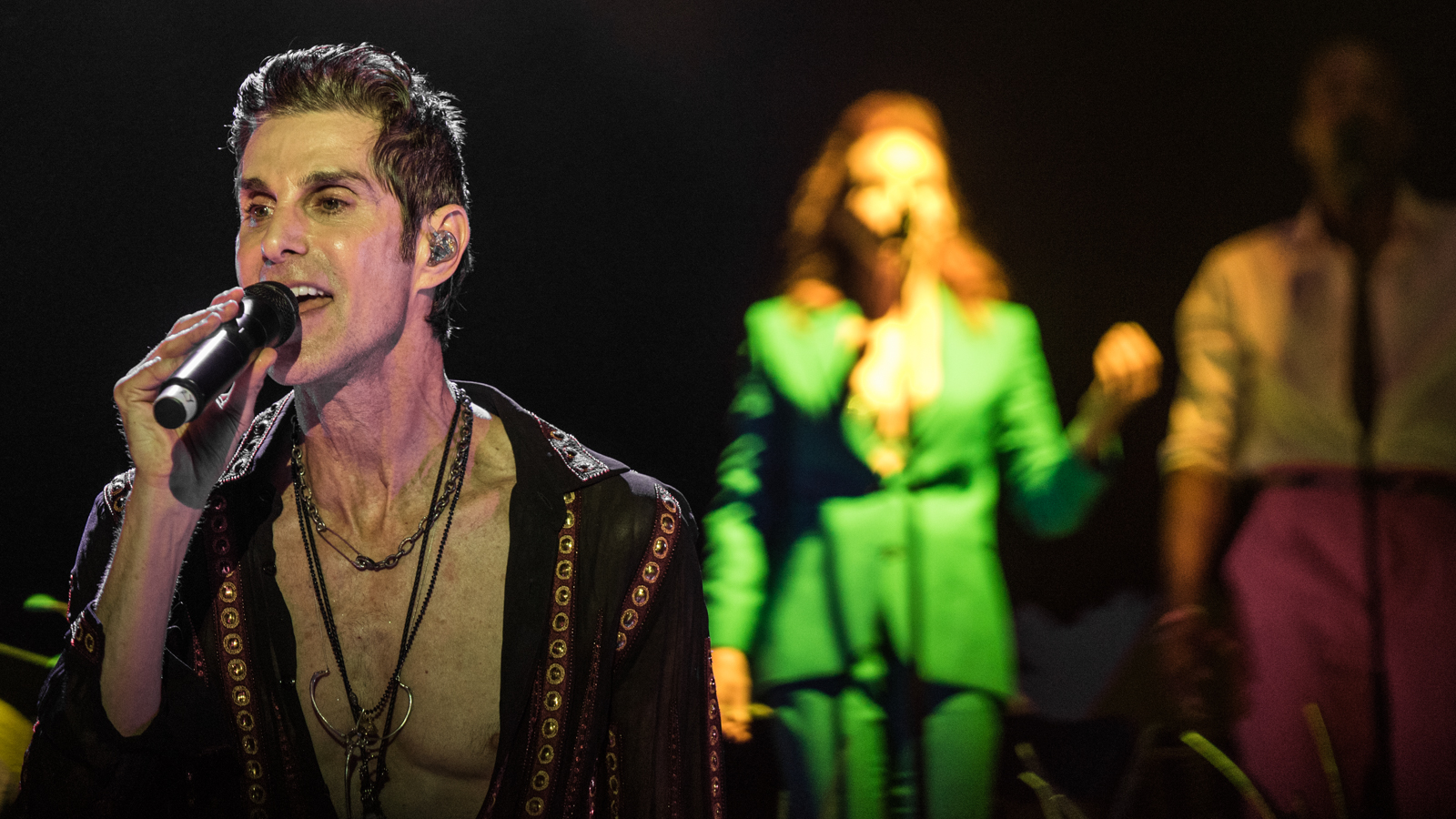 Most Fired Up Crowd: The Hives/Vampire Weekend
The Hives, in their customary white suits, whipped the crowd into a frenzy with their garage punk. Frontman Howlin’ Pelle Almqvist is an explosive force on stage, and it’s almost impossible not to jump while watching him high kick his way around the stage. Meanwhile, across the Mad Cool field, Vampire Weekend also had the crowd on their feet, but this time with indie pop and more twirling rather than jumping. 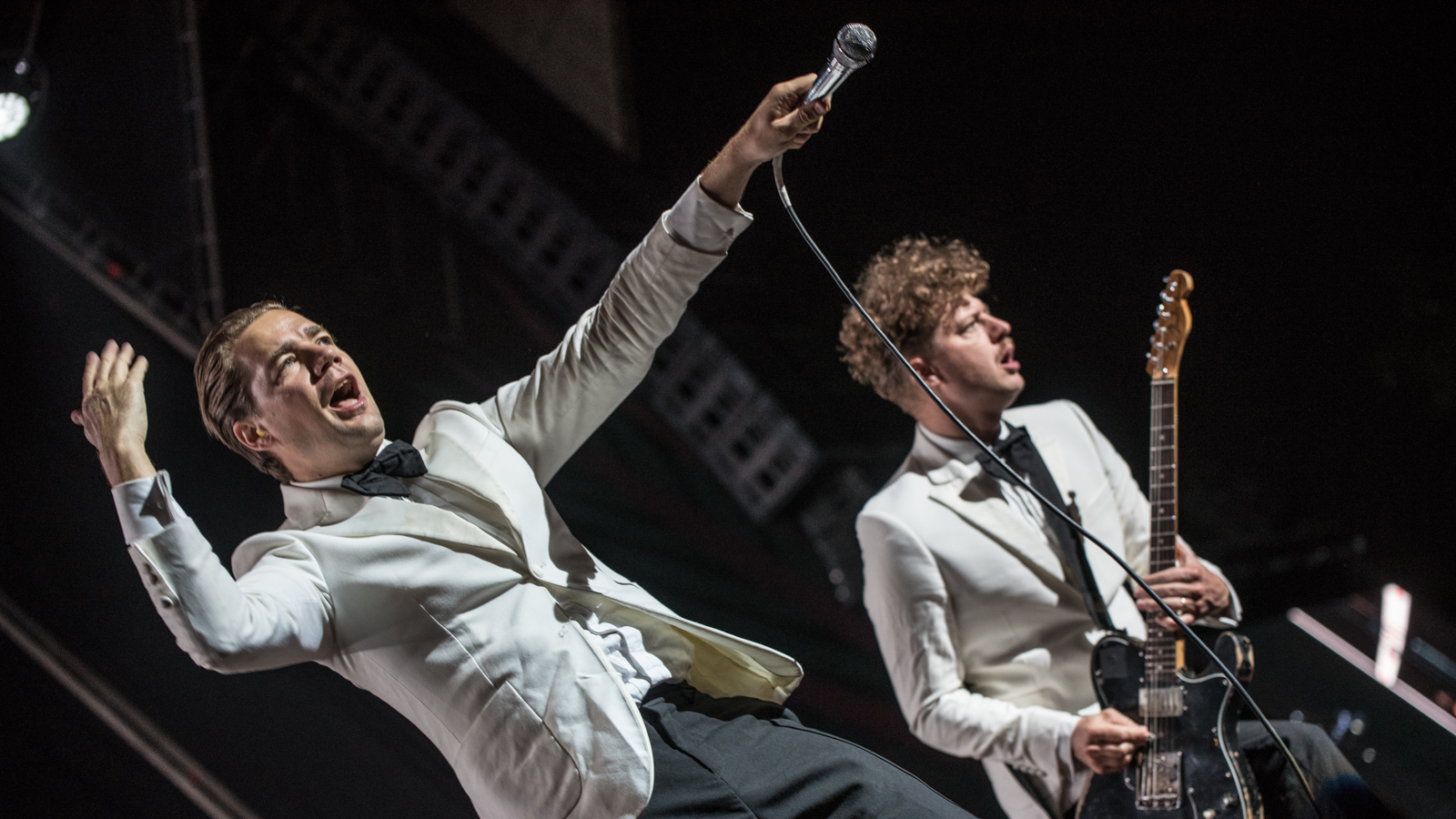 The Controlled Chaos of Spain
The word “organized” does not exist in the Spanish vocabulary. I kid, but seriously, you should pack a healthy amount of patience when attending a Spanish festival, or really for accomplishing any task in Spain. You’re going to need it. 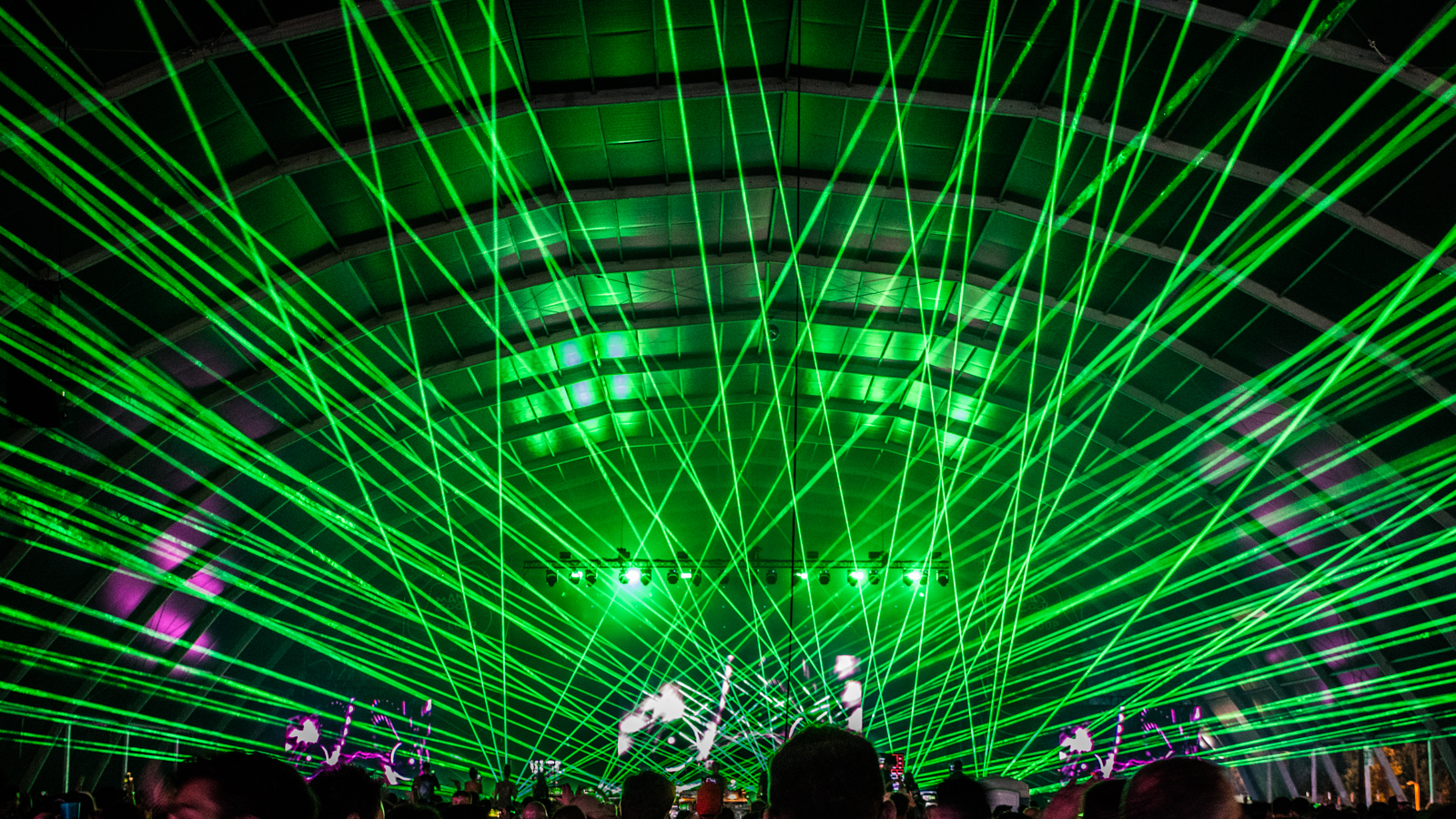 Art, Man
It’s mostly about the music at Mad Cool and there are not too many art installations, but I do love this hand squeezing out a rainbow colored splooge bomb at the entrance of the festival. 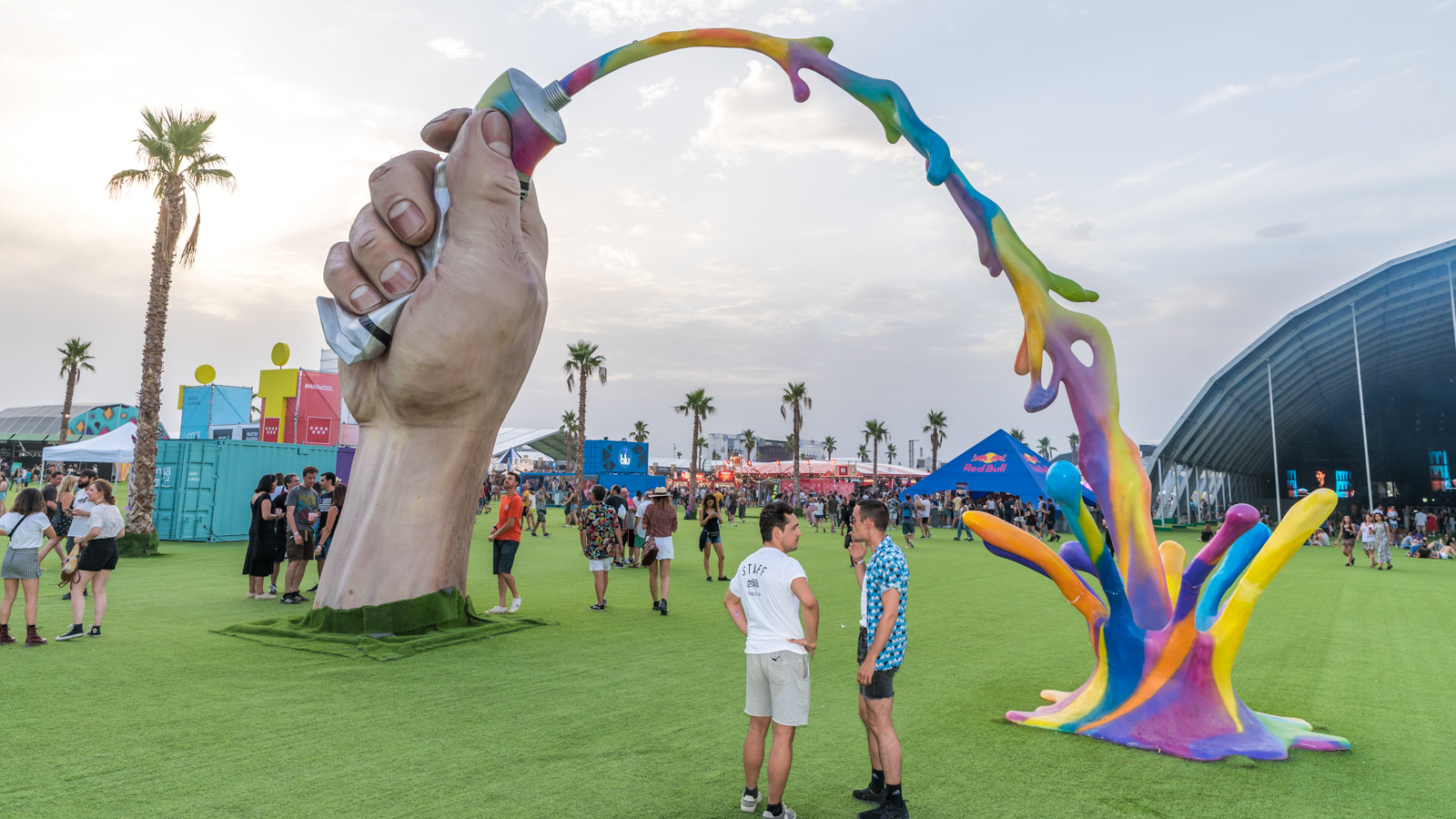 Best Ferris Wheel Story
“So we had one of the cars all to ourselves and just as the door was about to shut, a guy jumped in. He seemed surprised to see us, but that didn’t stop him from just snorting up a bunch of cocaine. He never said a word to us, never offered us any cocaine, just focused on finishing the entire pile in front of him, confident in the fact that up here, there’s no security or police to worry about.” –As told to me by two girls from the hostel. 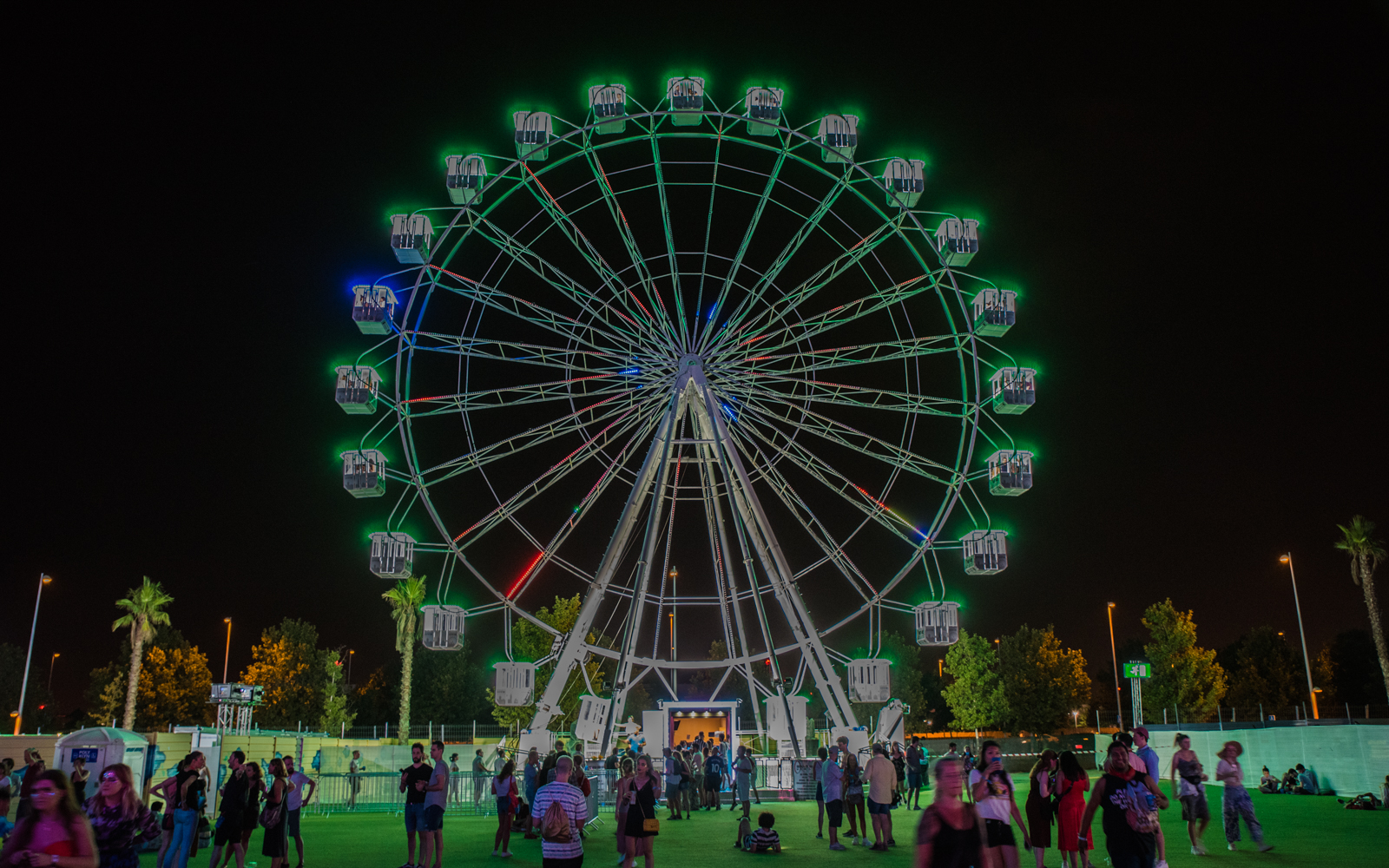 Man of the People
I’m a regular festie, just like you — except when there’s crippling heat and the press tent has air conditioning. Then I’m a full time music festival reporter, and I hide in here and drink all the water. This law also goes into effect when it’s raining or there’s free beer. 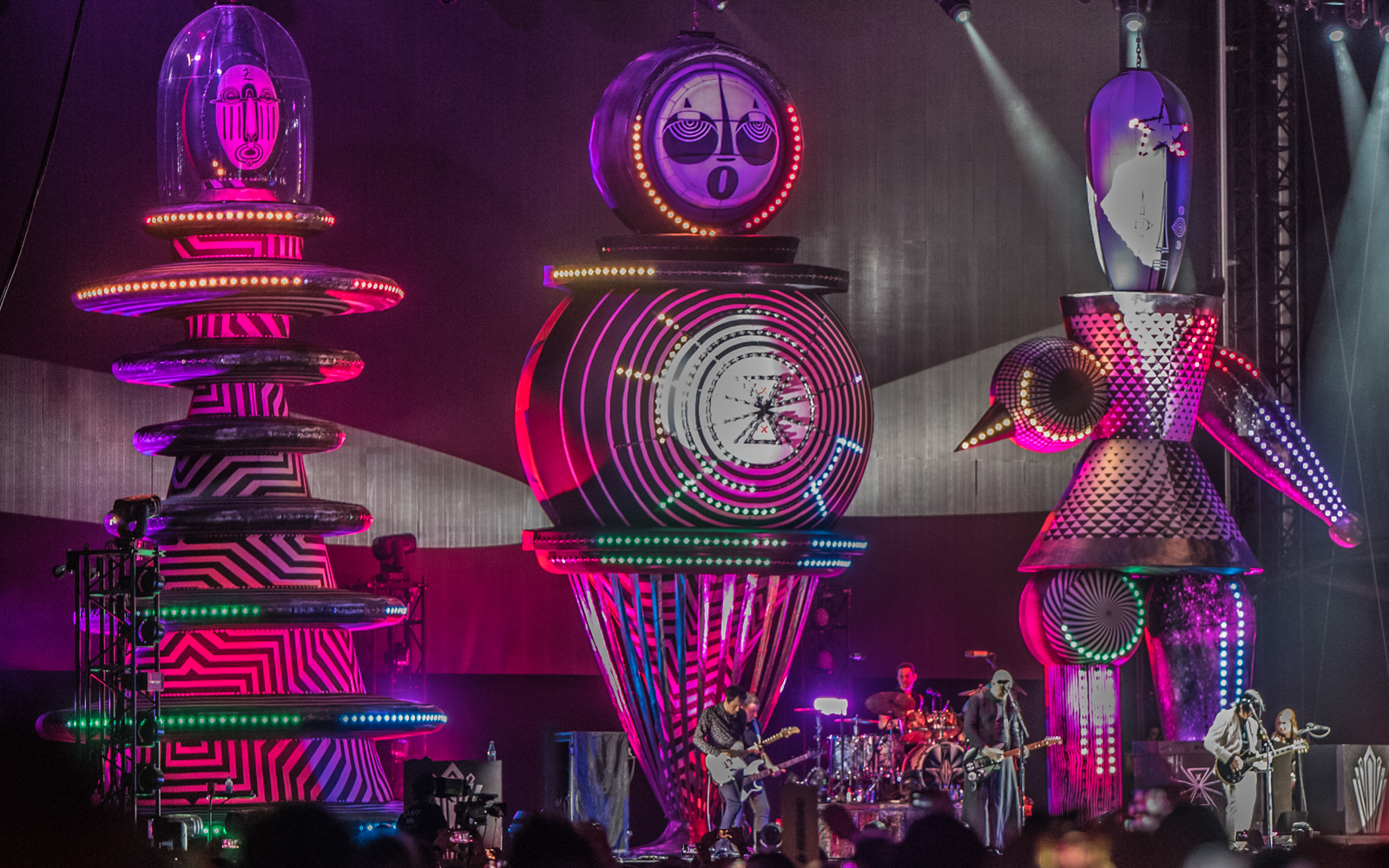 What’s the Prime Hours for Music? Adjust your internal clock because this is Spain. The gates don’t even open until 5:00 pm, the first major names don’t go until 6:30, headliners finish up around 3:00 am, the grounds are open until 6:00 am, and you’re stuffing your face with a beer with breakfast by 7:30 am.

What’s the Weather Like? I’m still not entirely sure why they hold Mad Cool in the dead middle of summer, but here we are with temps reaching a balmy 38C/102F. “At least it’s a dry heat”, an optimistic festie told me as I was coming down with heat exhaustion and struggling not to knock him out.

How Do I Get There? Uber. Anything else is pure foolishness as I learned over the course of the weekend by attempting to take the bus, train, and metro to the event. Take it from a music festival expert, save yourself hours of heartbreak, and grab an Uber.

Where Do I Sleep? If you’re me, you sleep in an air-conditioned hostel in a quiet neighborhood. Even with the festival and tourist season in full swing, I had no issues booking accommodations in Madrid. There’s no camping at Mad Cool. 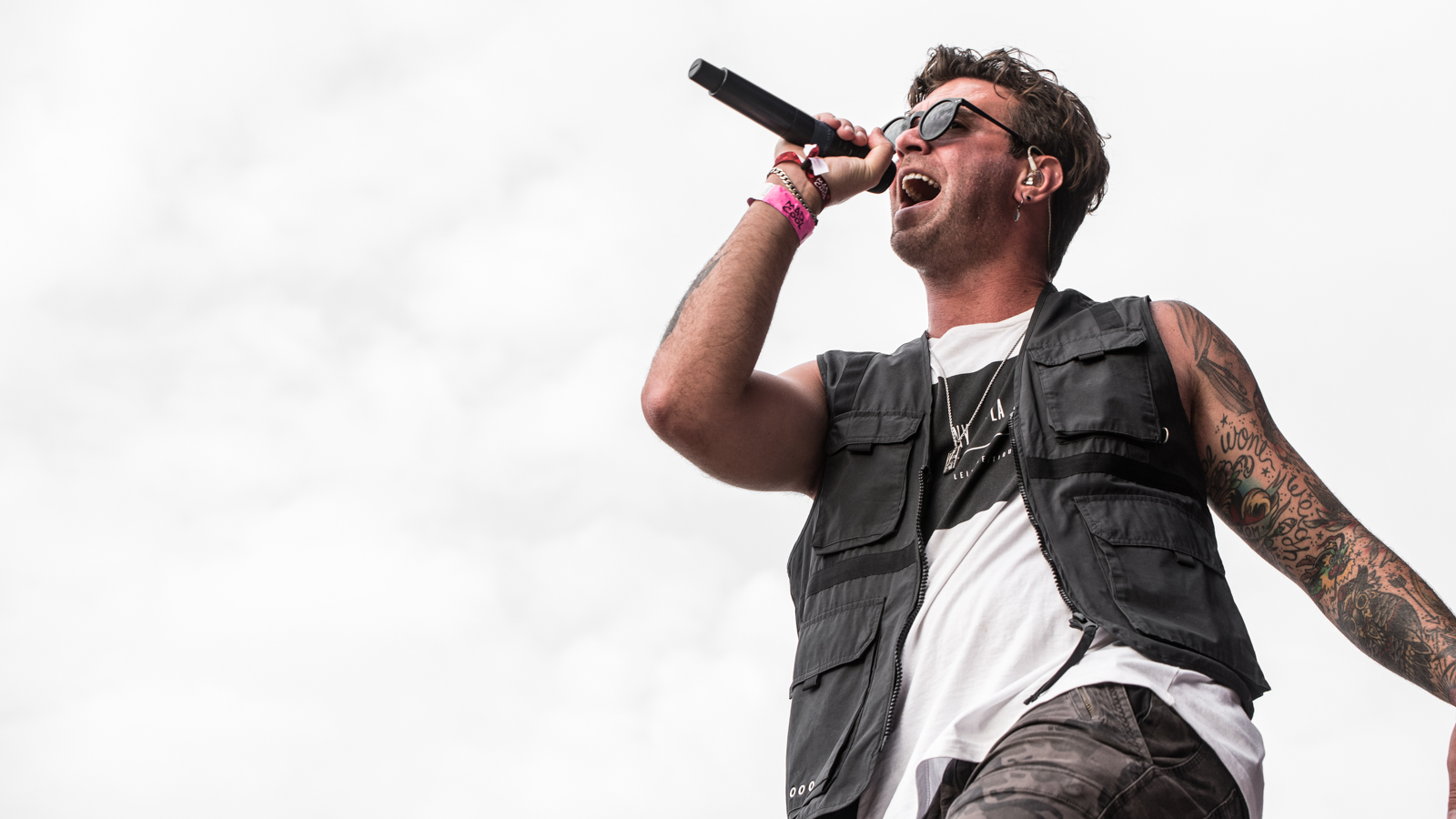 Even with the heat and artist clashes, I found myself in an airport lounge at 6:00 am on Sunday morning just marveling at the sheer amount of incredible music I caught this weekend. The lineup hype lived up to my expectations and I would definitely return. But can we move this event to September? 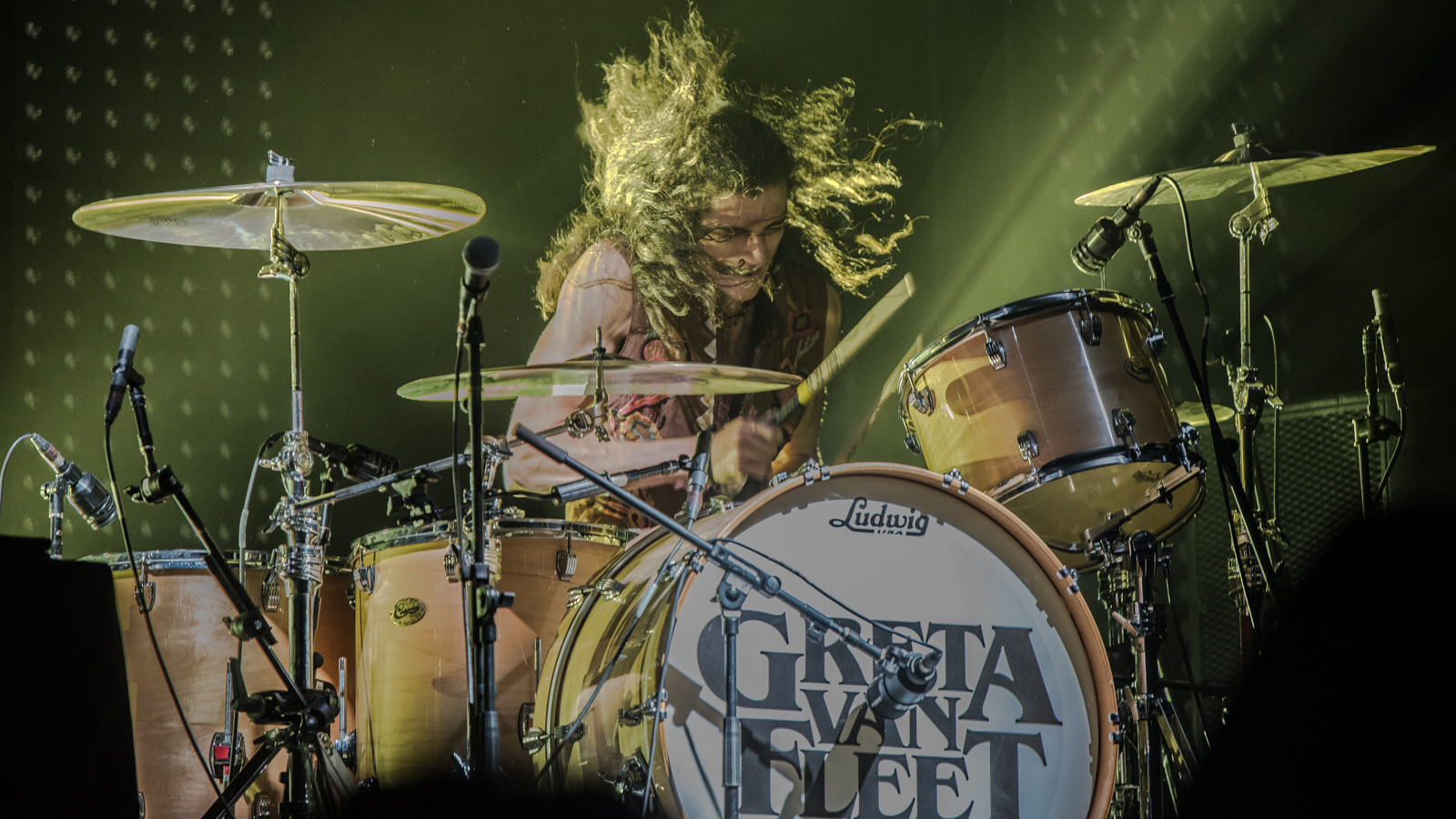