On the shores of the Baltic Sea, Lithuanians gather for this annual celebration of music and (hopefully) sun. Arguably one of the most successful festivals in the emerging Lithuanian festival scene, Live Music Beach has attracted a record number of 20,000 attendees to the tiny village of Karkle. 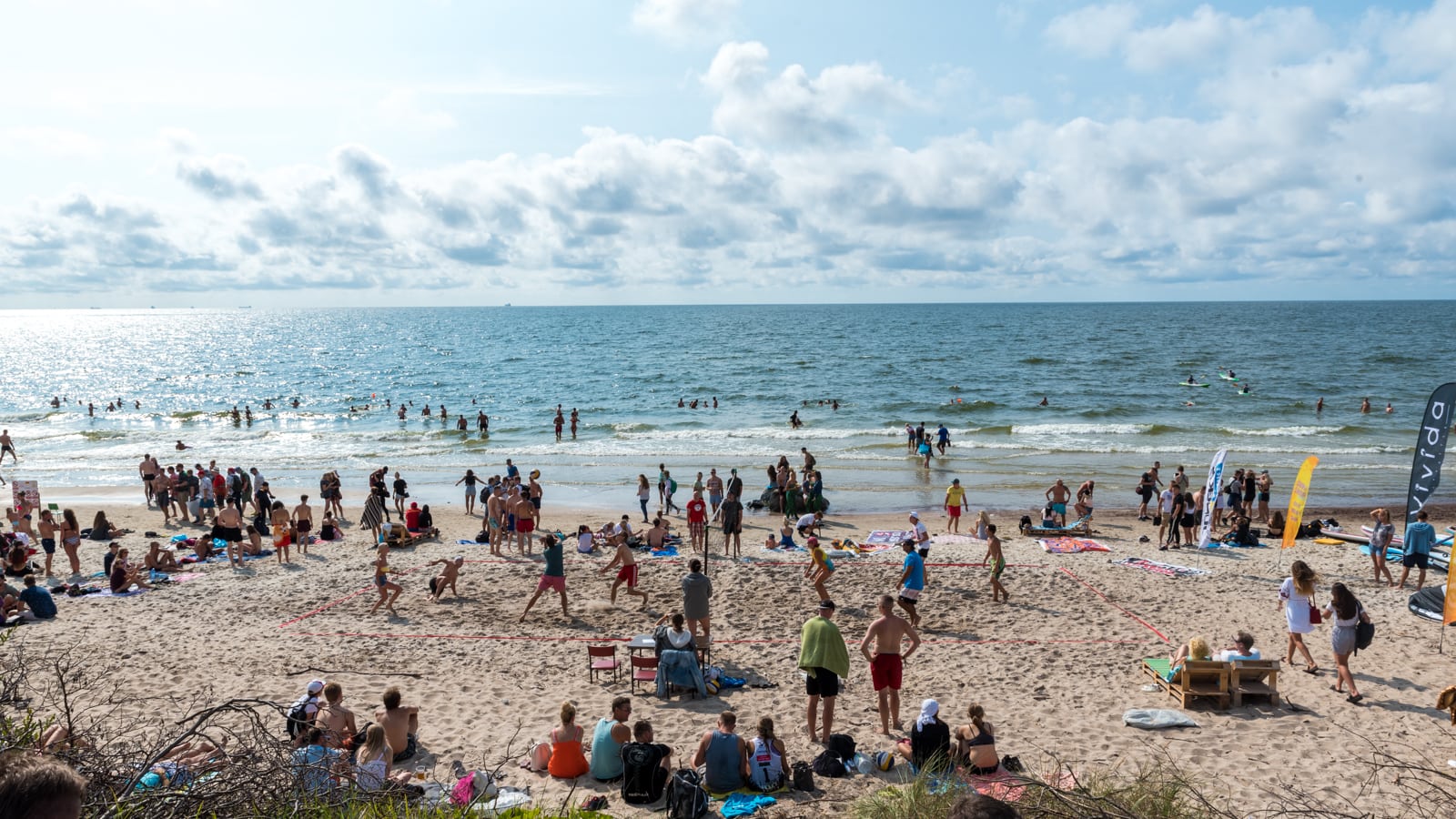 Lithuania has a lively music festival scene that is just starting to attract international attention. Flying into the capital of the country from Sweden, I saw the words “beach”, “music”, and “festival”, which is usually enough to catch my attention. Before I knew it, I had the warmish waters of the Baltic Sea lapping up against my feet while live bands played against a gorgeous sunset. 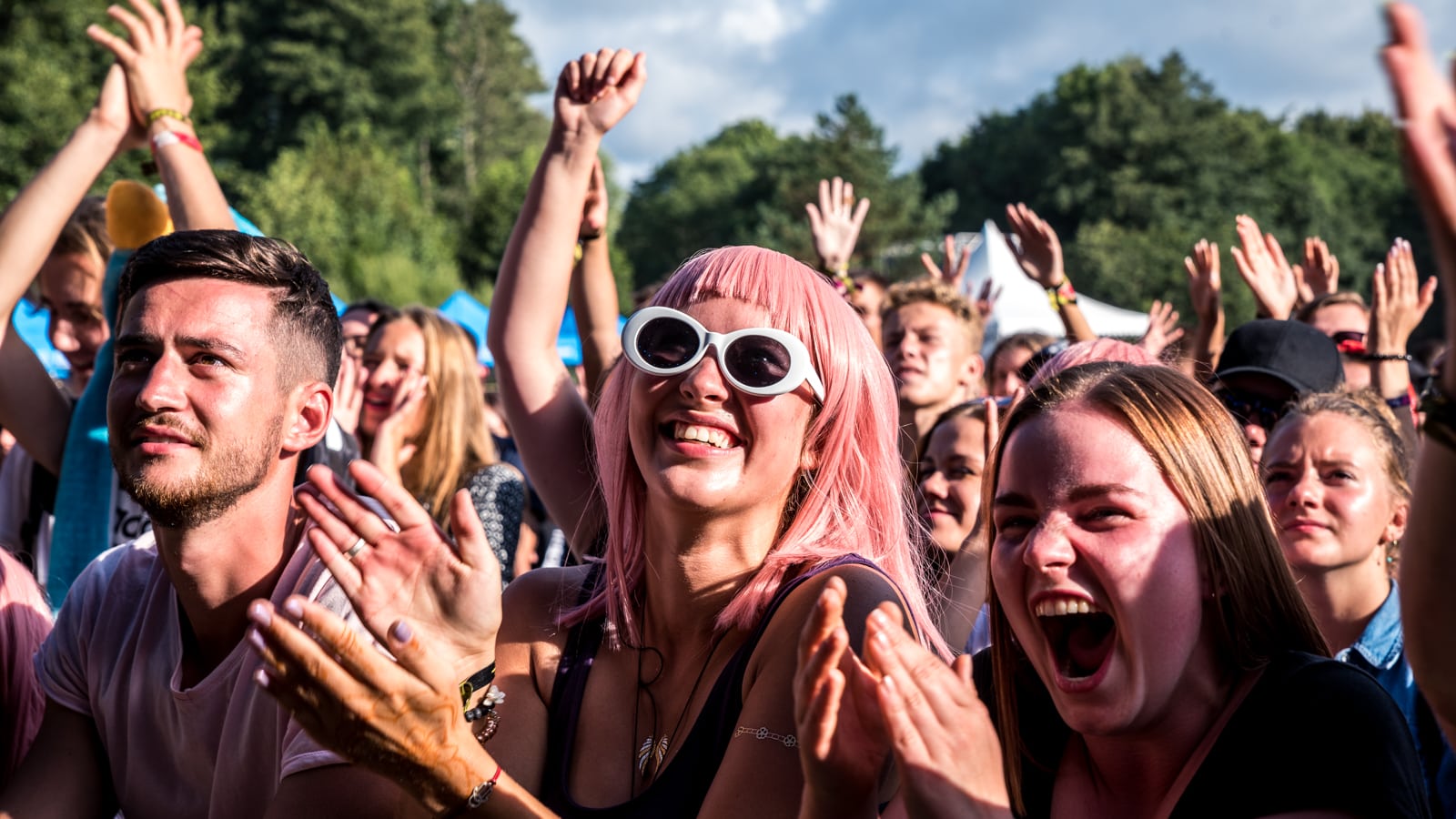 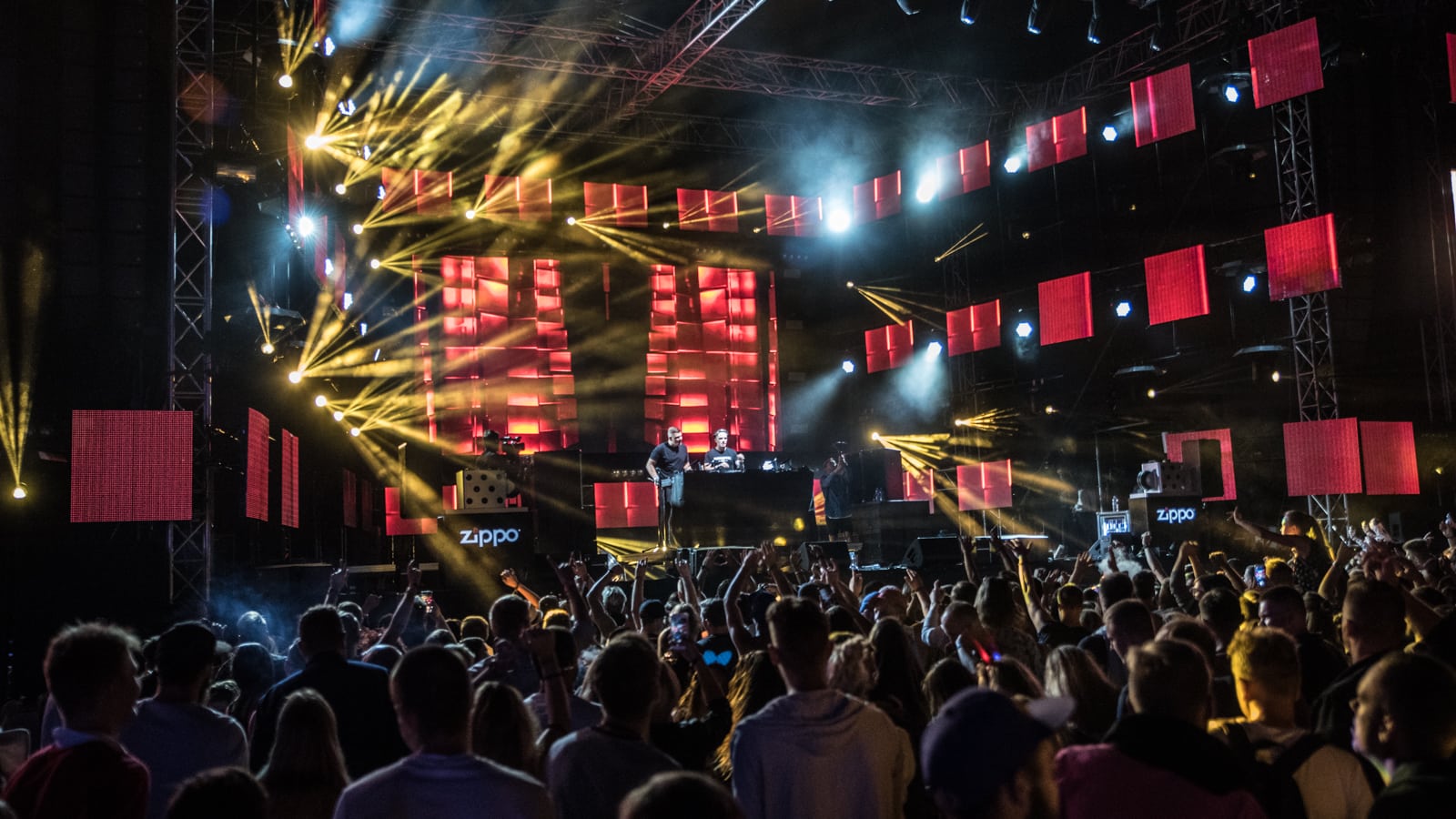 48 Hour Party People
As one of the bartenders told me: “Us Lithuanians don’t have a lot of free time to go to music festivals.” Karkle Live Beach crams the music into a packed weekend, kicking off the party mid-afternoon on Friday and wrapping up with a chill beach day on Sunday that’s over by three in the afternoon.

The Lay of The Land
The layout of Live Music Beach was refreshingly simple after nearly two months of festivaling. The crux of the action takes place at the grassy field of the main stage with most of the international headliners playing to the largest crowds. In between sets, the Dune Stage highlighted Lithuanian talent with an absolutely ideal view of the Baltic Sea. During the day, the beach tent bumped out tunes and late night belonged to the warehouse stage. 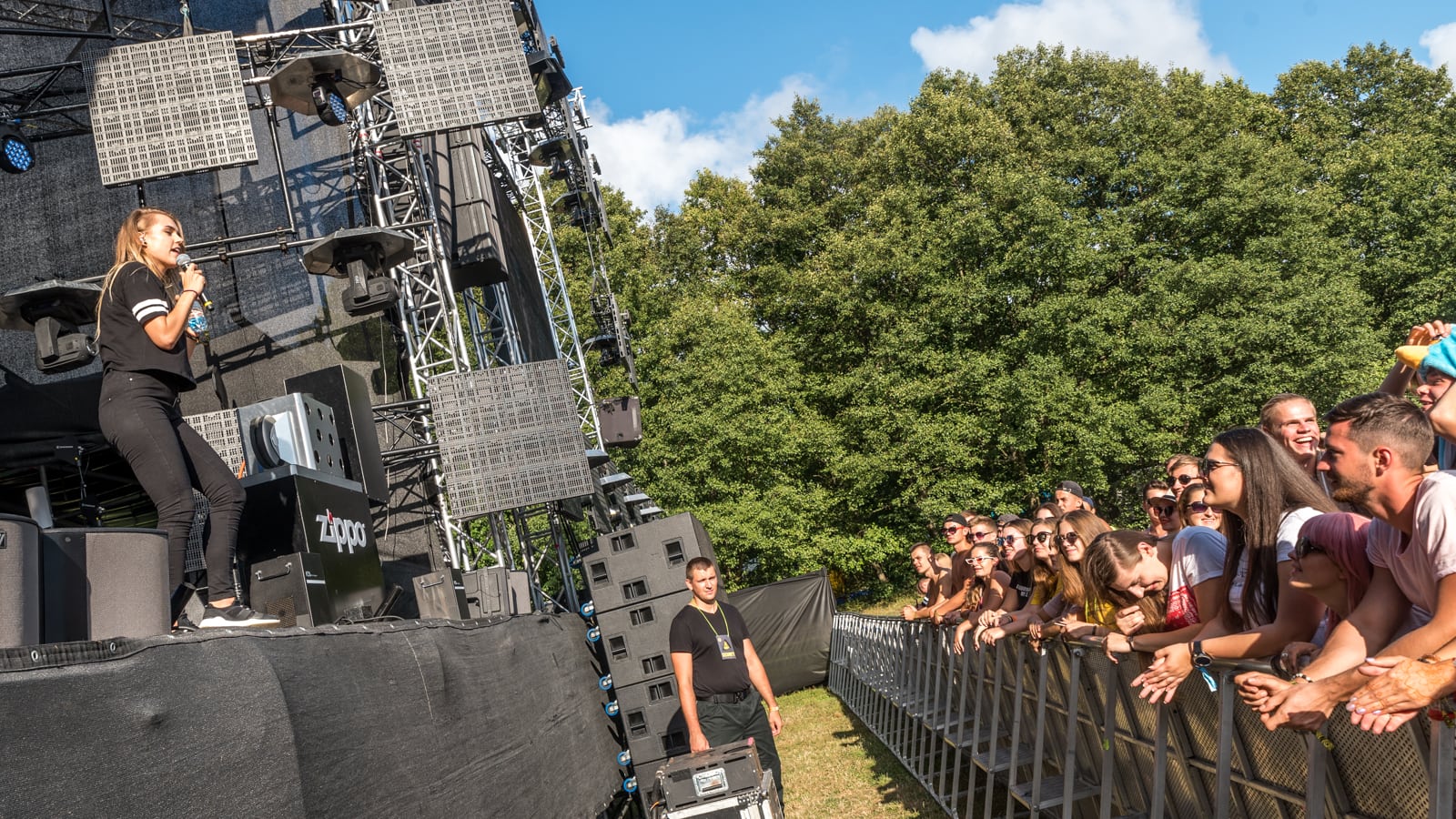 Beach Bumming
I’ve been to two spots swimming now on the Baltic Sea, and while beautiful, both areas were hardly comfortable beaches filled with lots of slippery rocks. So you can imagine my surprise when I found Karkle Live Music Beach is an actual beach with sand and gently rolling waves. This is where festies chill out during the day drinking cider, playing volleyball, or frolicking in the sea. 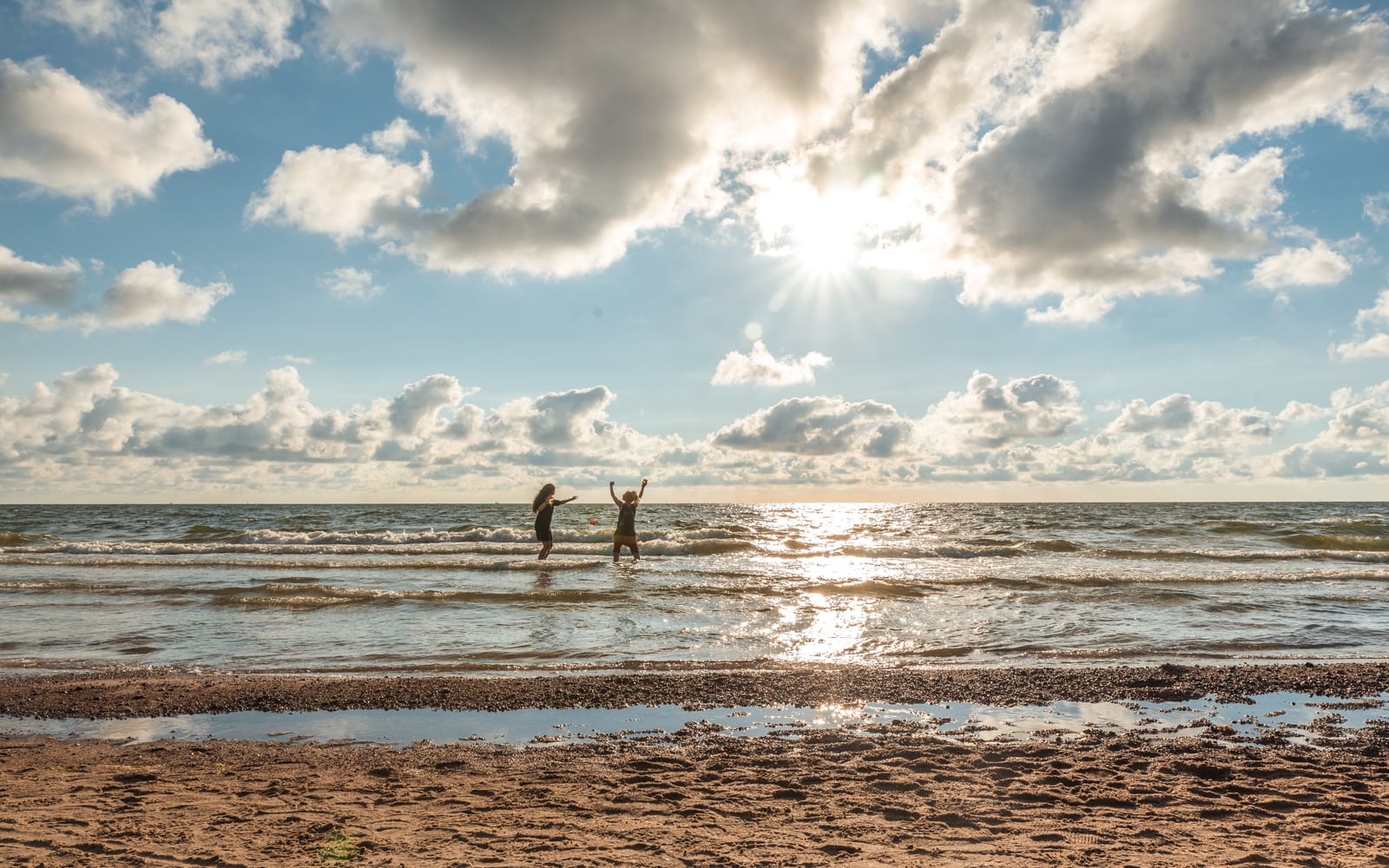 Art Everywhere
I met a sketch artist named Ruta that the festival had brought out to craft some sketches of the event. There’s interesting bits of art and atmosphere throughout Live Music Beach, and it seems like the organizers are always for something different. From the chilled out hammock zone to the pop-up county library (you can check out books for the weekend!), there’s some really surprising touches at this fest.

What I Didn’t Like
-Too much police presence. For a chill festival on a beach, there seemed to be way too many cops floating around. And drug-sniffing dogs in the campground? Yikes.

REDFOO
You might better know REDFOO better as half of LFMAO, but the king of party animals puts on a wild solo show including a dancing robot (go Shufflebot, go Shufflebot, go). There’s also beer bongs, inflatable zebras, and an onstage dance party. Easily the most wild and energetic set of the weekend. 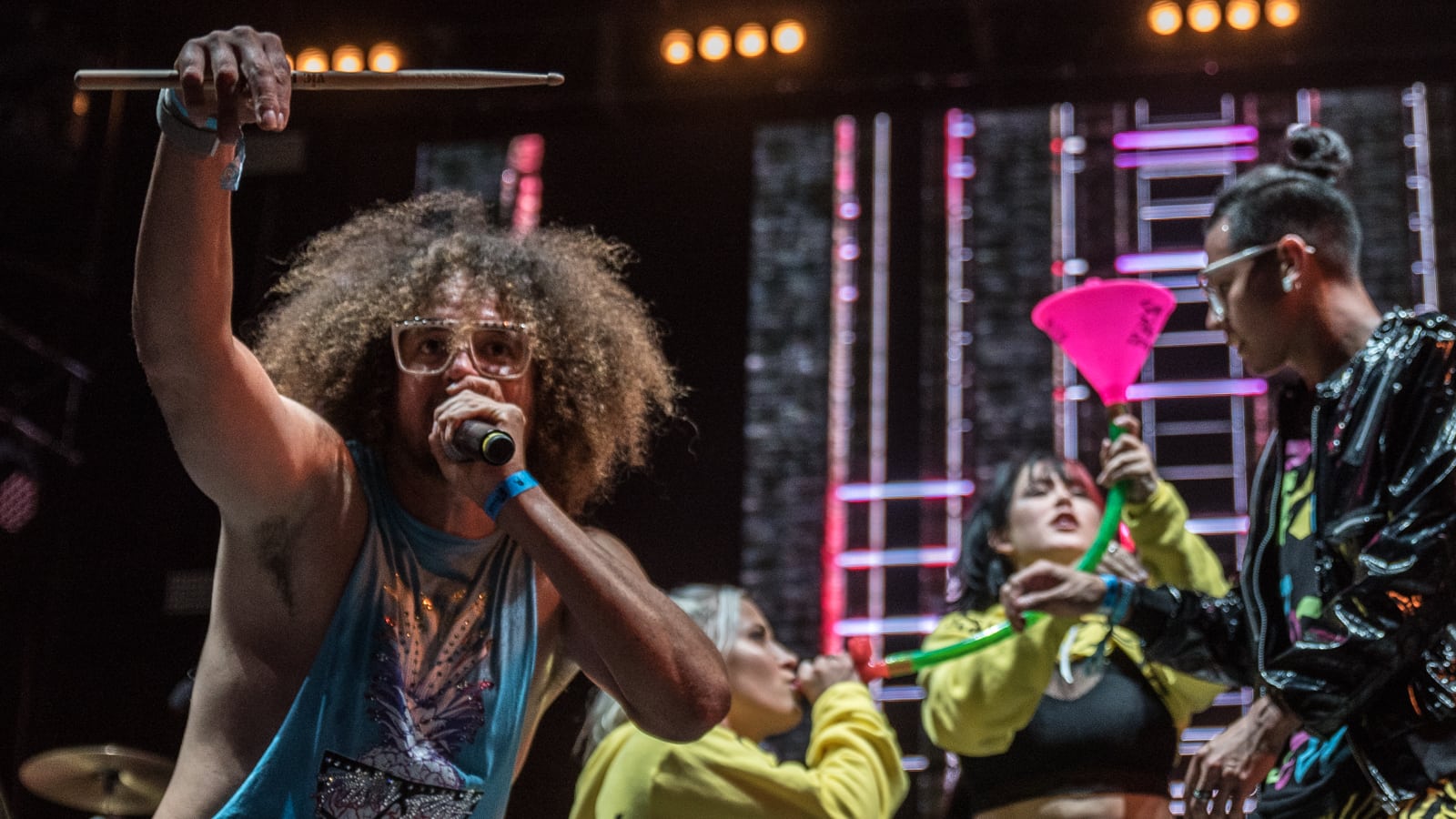 Saulius Prūsaitis
This charming dude sporting a salmon colored suit is also a judge on the Lithuanian version of X Factor (aka X Faktorius). And here’s a fun fact — he wasn’t the only X Factor to perform this weekend. Anyway, I’m not sure what he was singing, but the crowd was eating up every morsel of it. 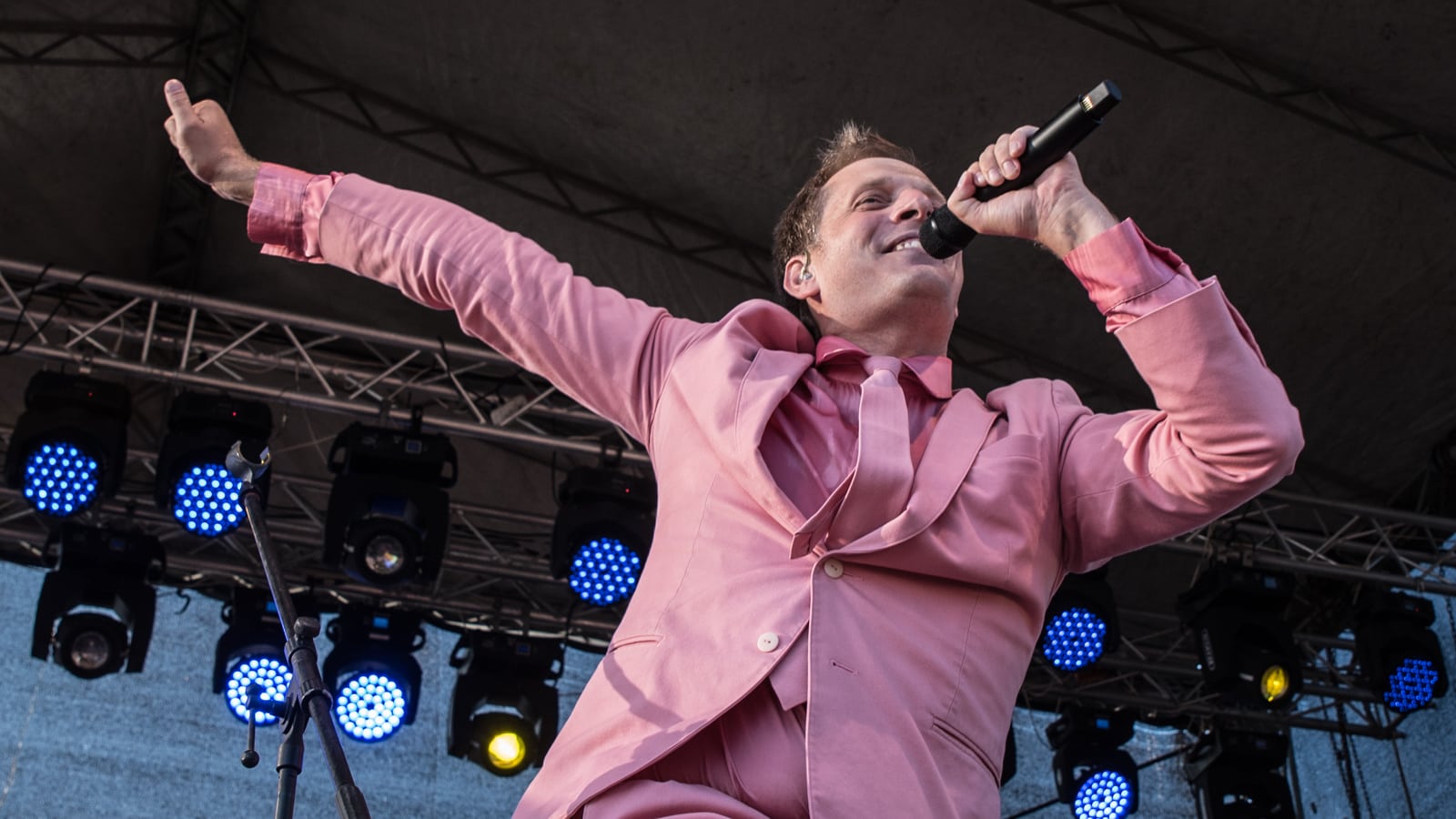 Craig David
I’m not normally a fan of contemporary R&B or people with a first name for their last name, but after a pretty packed weekend of Lithuanian music, I was super into Craig David presents TS5 (which I kept confusing with Craig David Presents TBS). He mixed up his original material with some wedding-style DJ interludes. 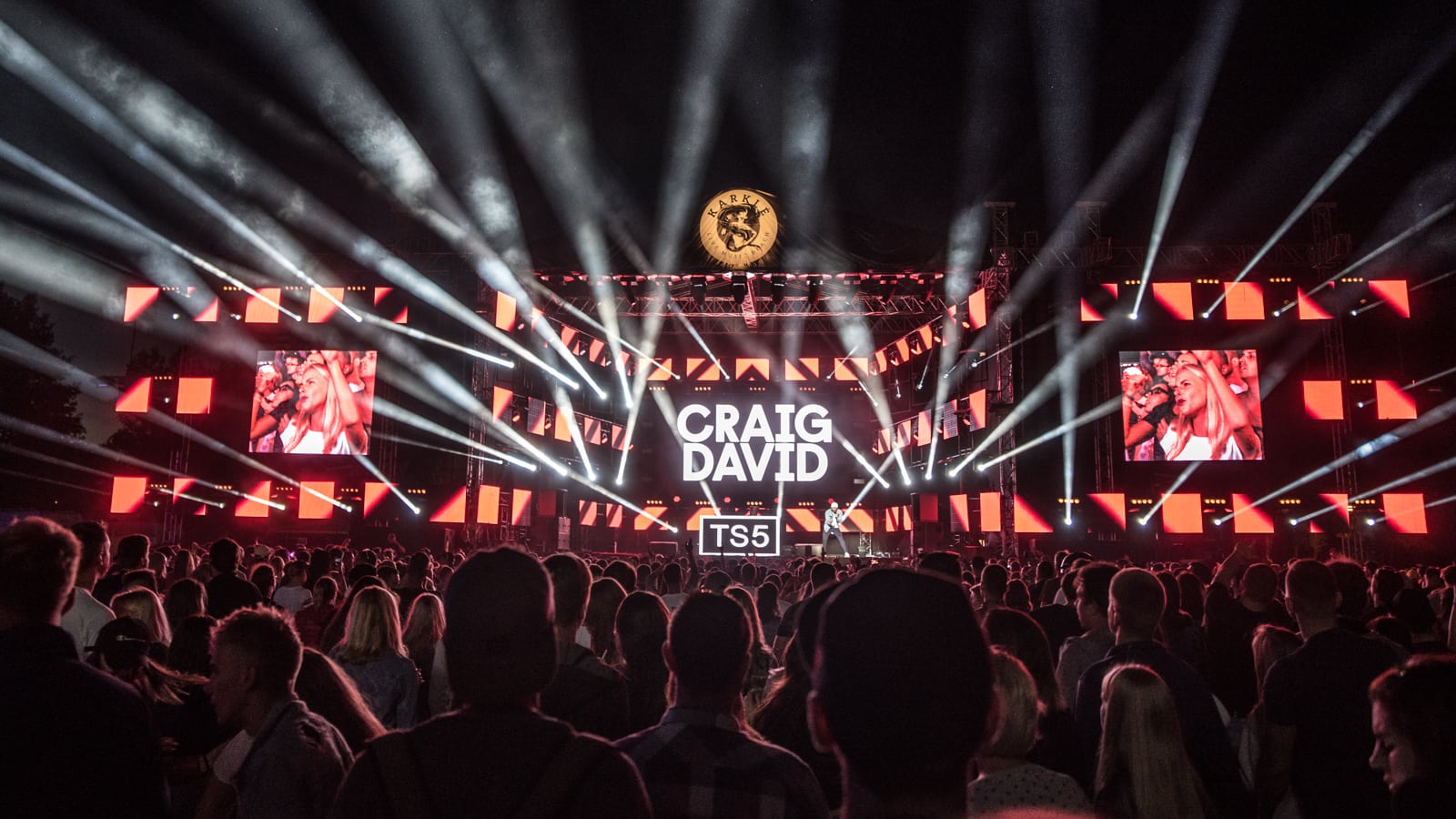 Beissoul & Einius
These two proclaim themselves to be “fashion icons of the electronic stage”. They’re also pretty good at performing too. 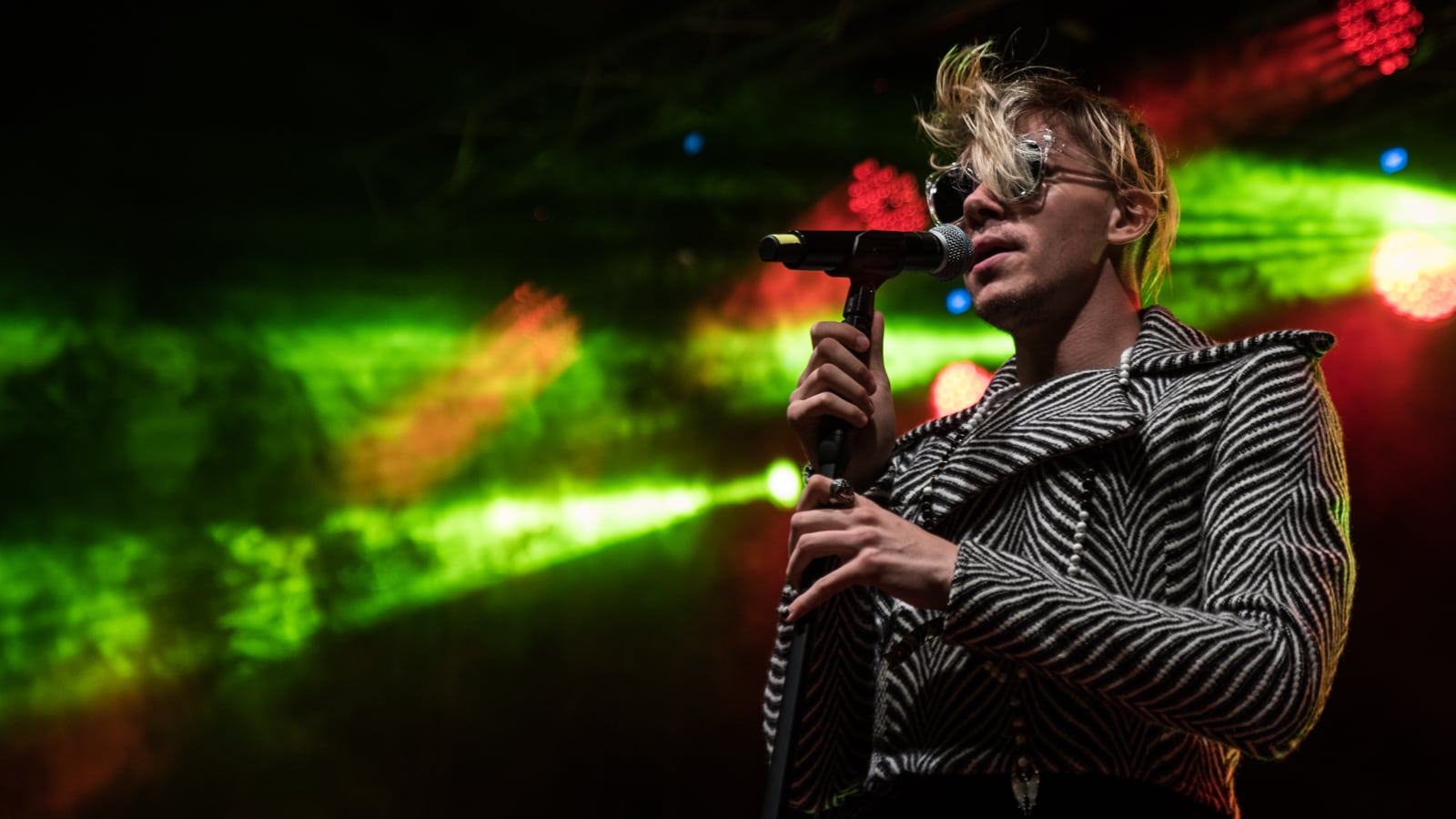 The Sensitive Side of Vito
Sunsets, man. 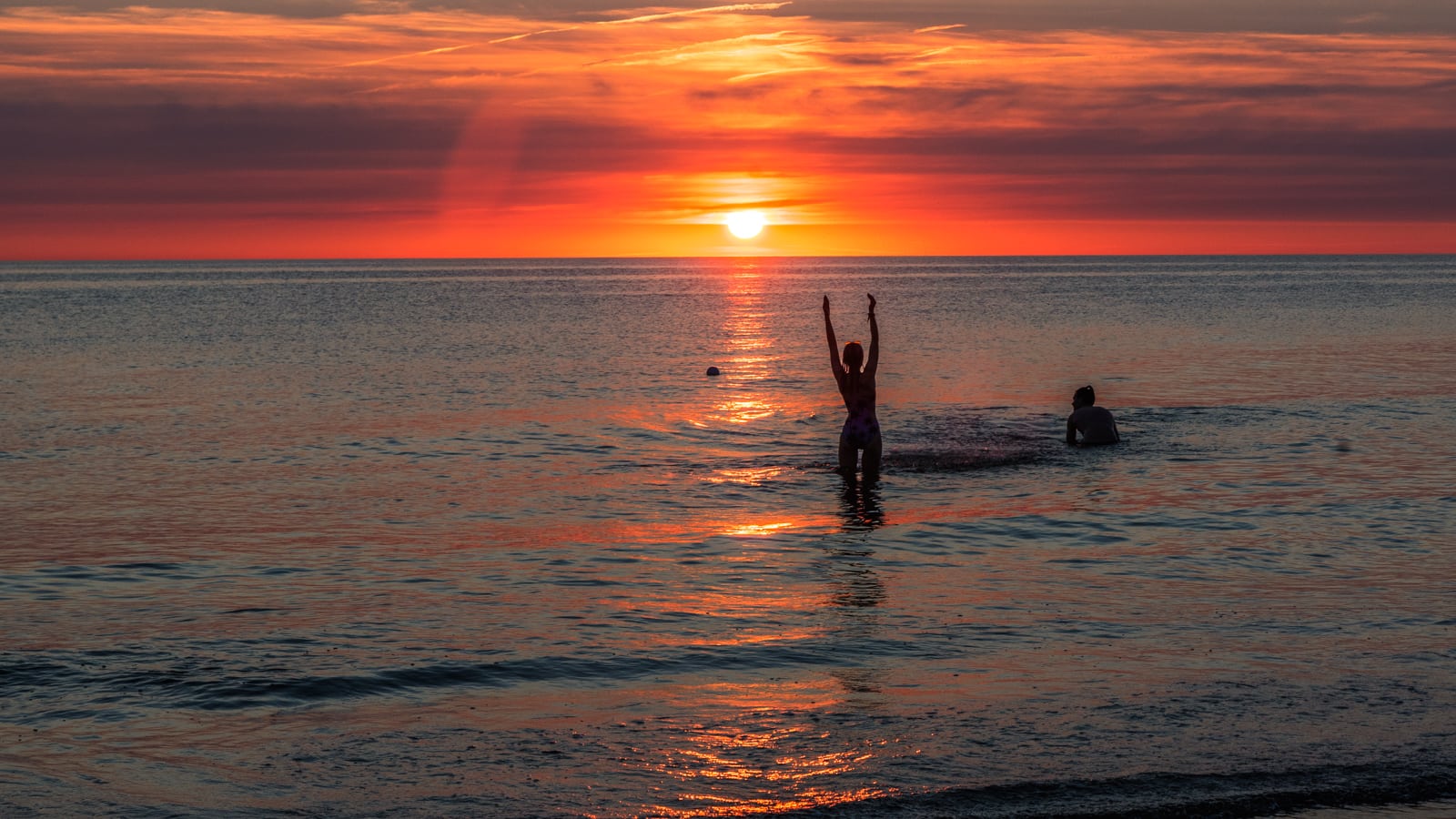 The Crack of Noon
Most of the time I choose to camp with the people because I believe in the power of community and because the event won’t set me up in the nicer campground. Here at Karkle Live Music Beach I found myself in the worker’s campground which featured soft grass and trees so shady I literally slept until noon on Saturday morning. 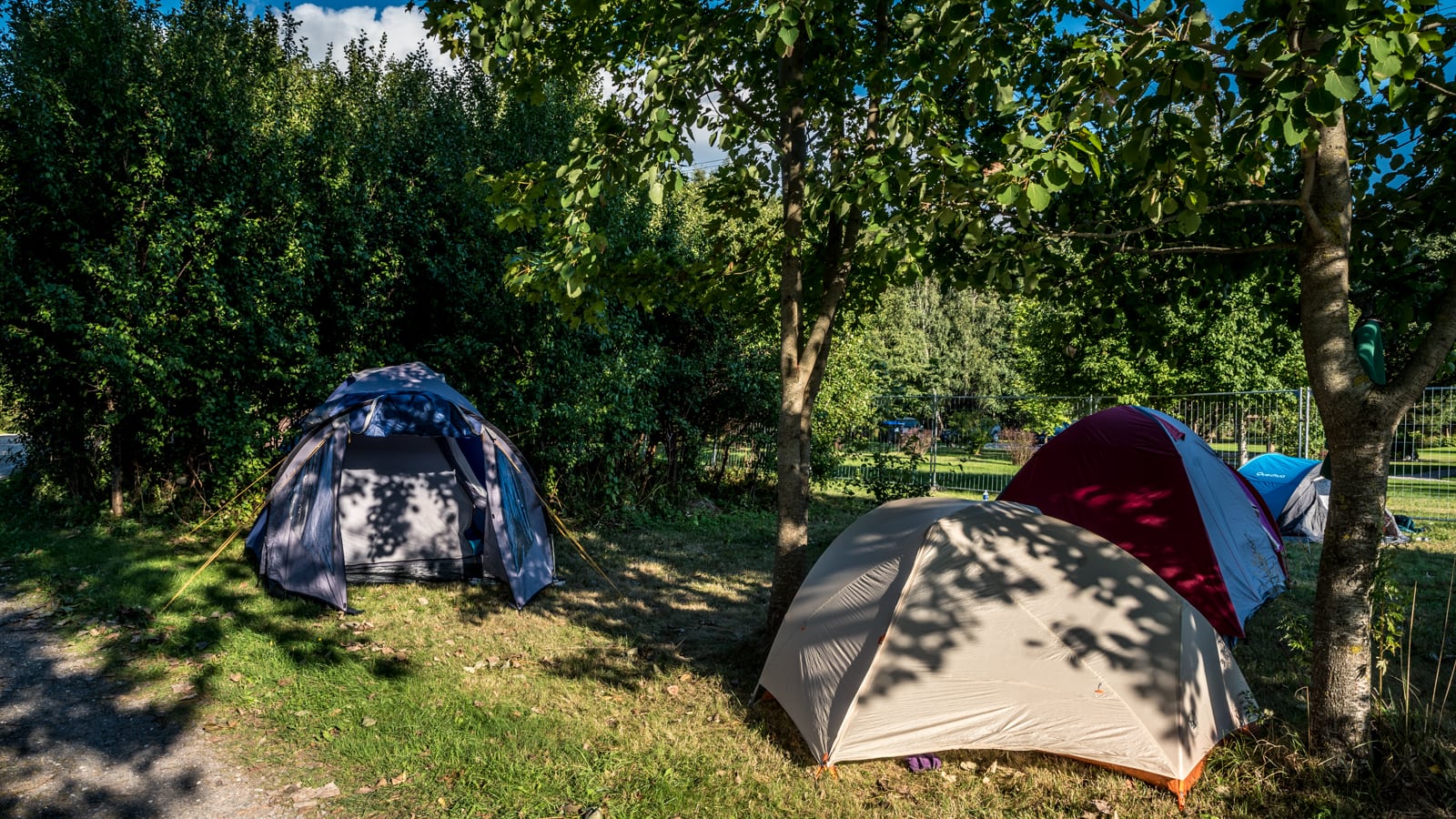 Fire All Your Guns At Once
Nobody here was shy about shooting smoke or foam out of cannons. 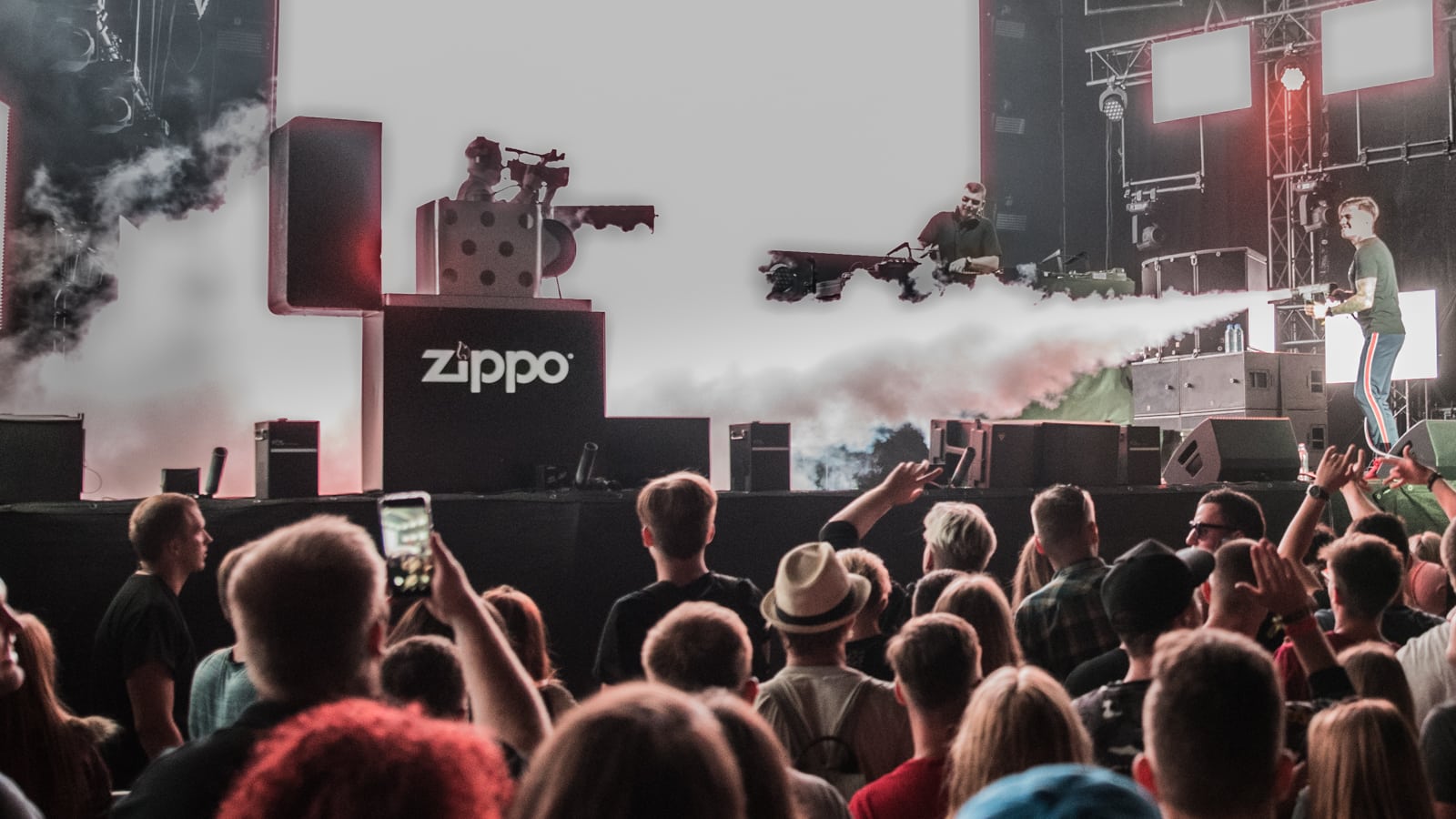 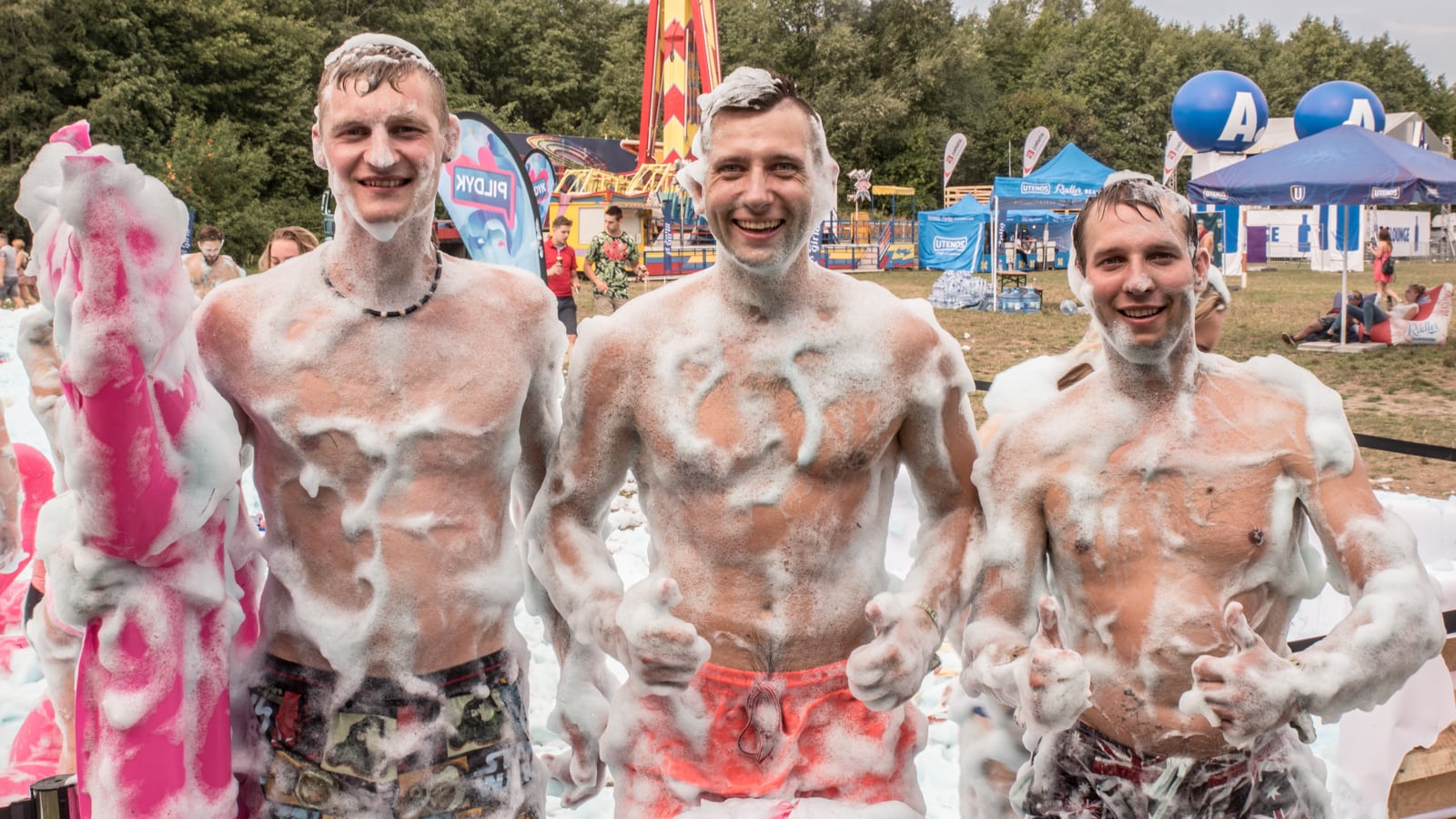 Where Did You Sleep?
I slept like a baby in the worker’s campground, bu there’s also a very nice (albeit much less shady) general camping. I met a few folks who had rented rooms in the village and others who day-tripped back and forth from nearby Klaipėda, the third largest city in Lithuania. 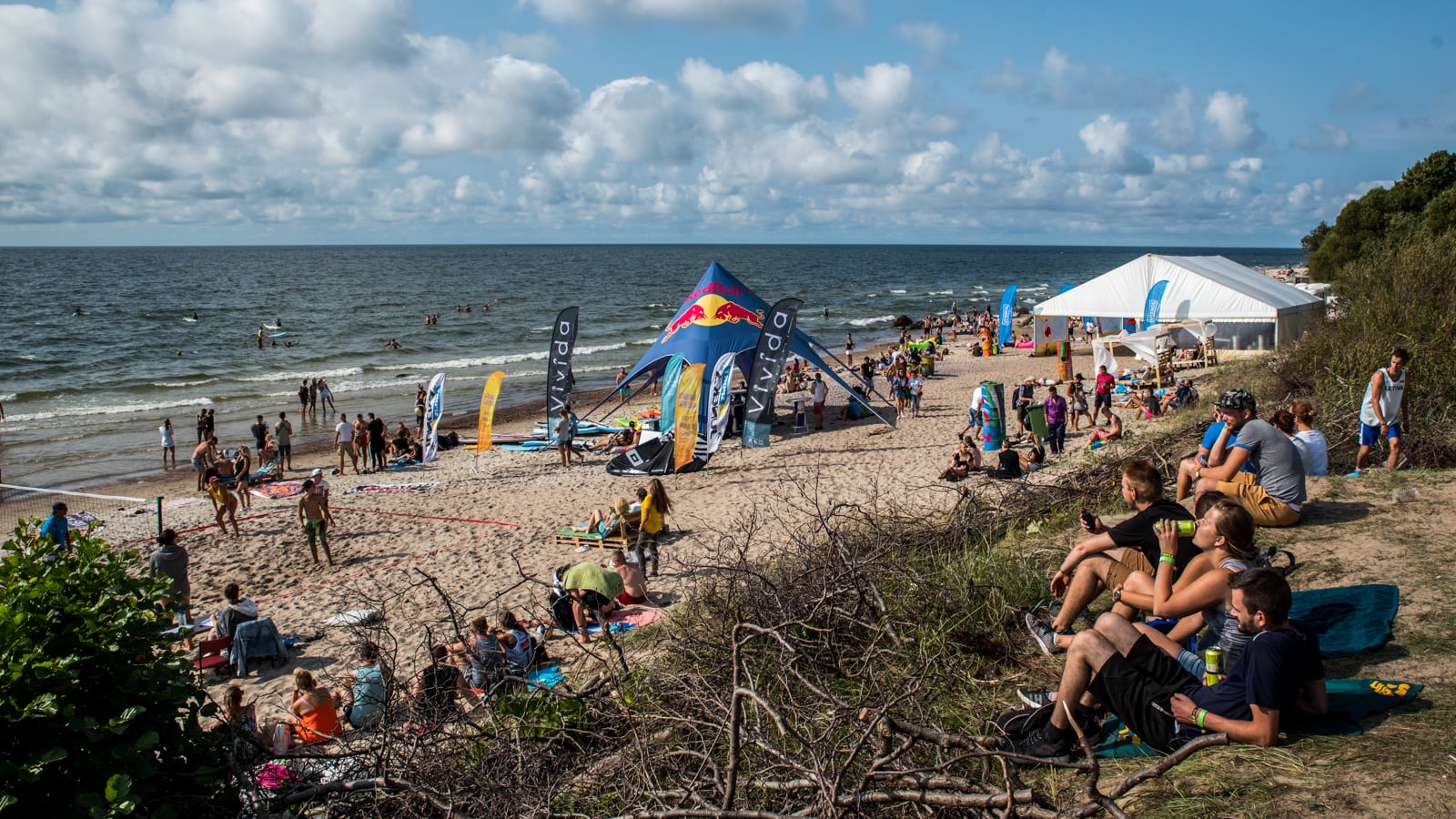 How Did You Get Around?
There’s a minibus ($1 USD) from Klaipėda that comes through once an hour. Other than that, you’re mostly strolling from the campground to the beach to the music.

How Did You Get There?
I flew in to Vilnius via Ryanair ($18 USD) and caught one of the dozens of connections to Klaipėda ($18-25 USD/4 hours). You could also try flying into nearby Riga in Latvia as well.

The style, art, and vibe of Karkle Live Music Beach strongly reminded me of the local and regional festivals I grew up with in New England. After months of touring the larger festivals on the circuit, it’s nice to remember what’s important — mainly burying my toes in the sand and drinking beer in the sun. 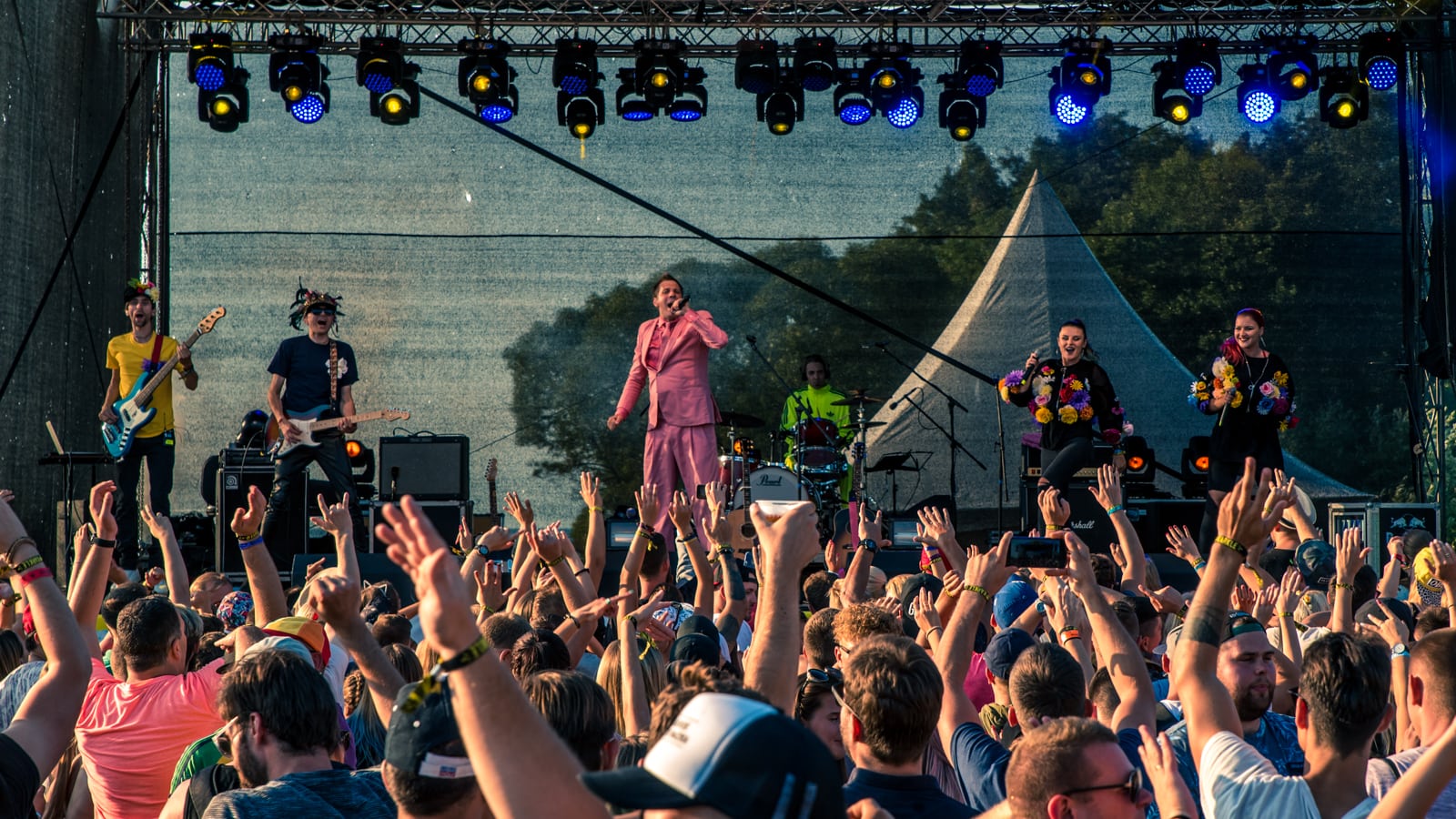