Every summer, the tiny village of Guča in central Serbia becomes the epicenter of brass music culture in the Balkans. The legendary Guča Trumpet Festival welcomes 600,000 festies for a week of camping, dancing, and of course, lots of trumpets. 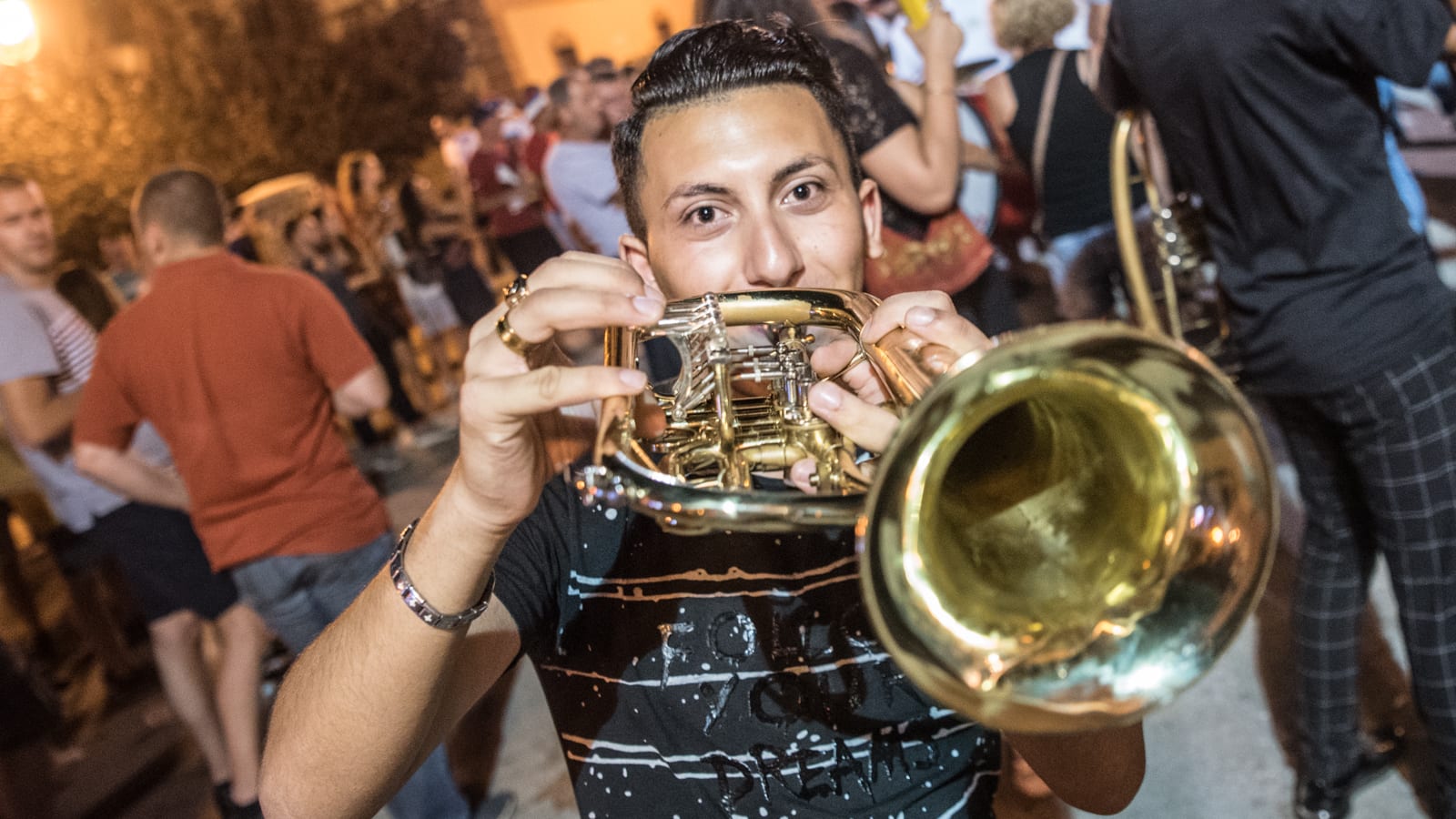 I’ve heard about this infamous Serbian trumpet festival for years, and after spending the previous weekend at the inspiring Pol’and’Rock, I knew Guča should be the next stop. So I hopped the train from Berlin and spent two days on the rail heading to the south of Europe. 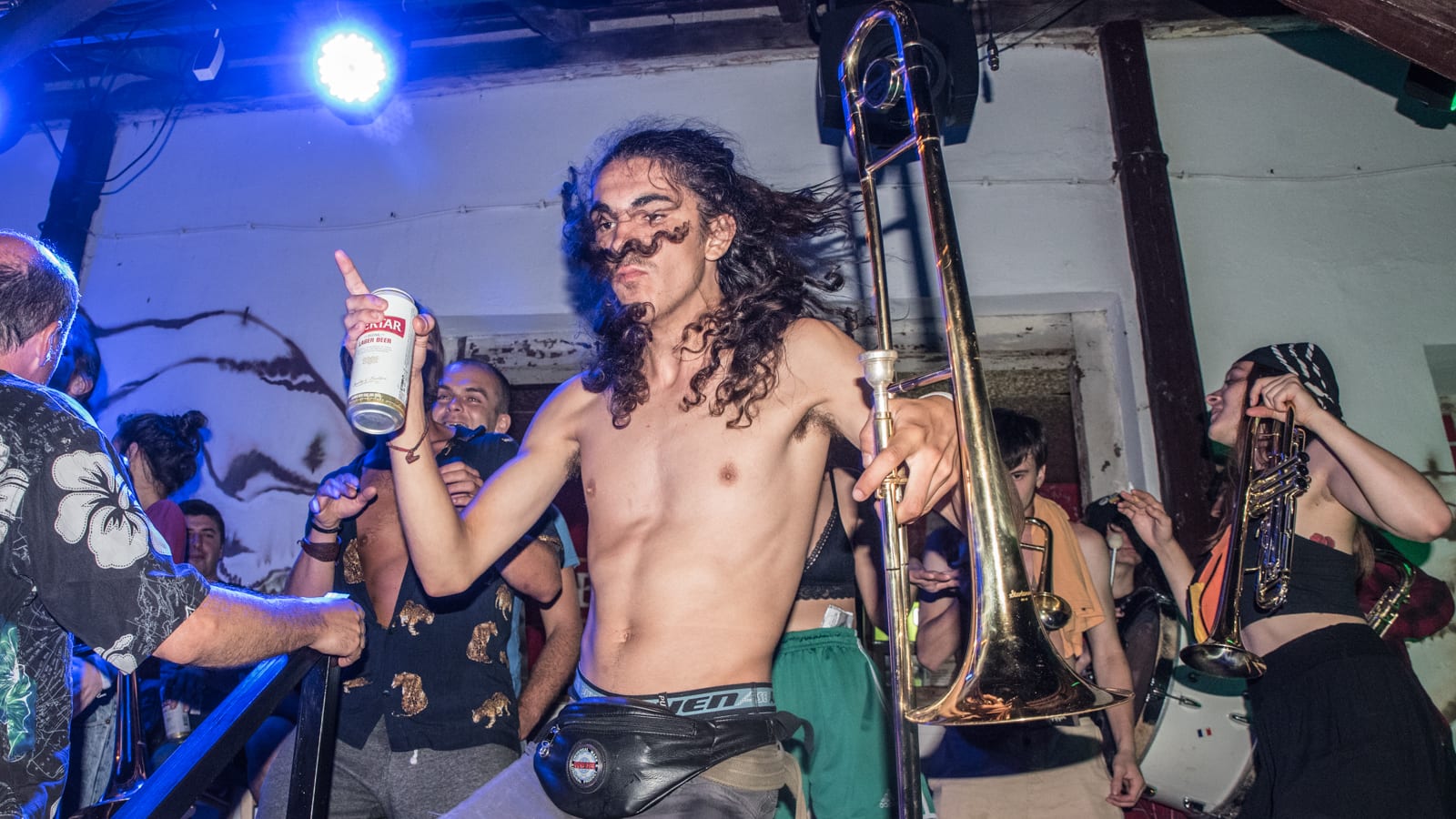 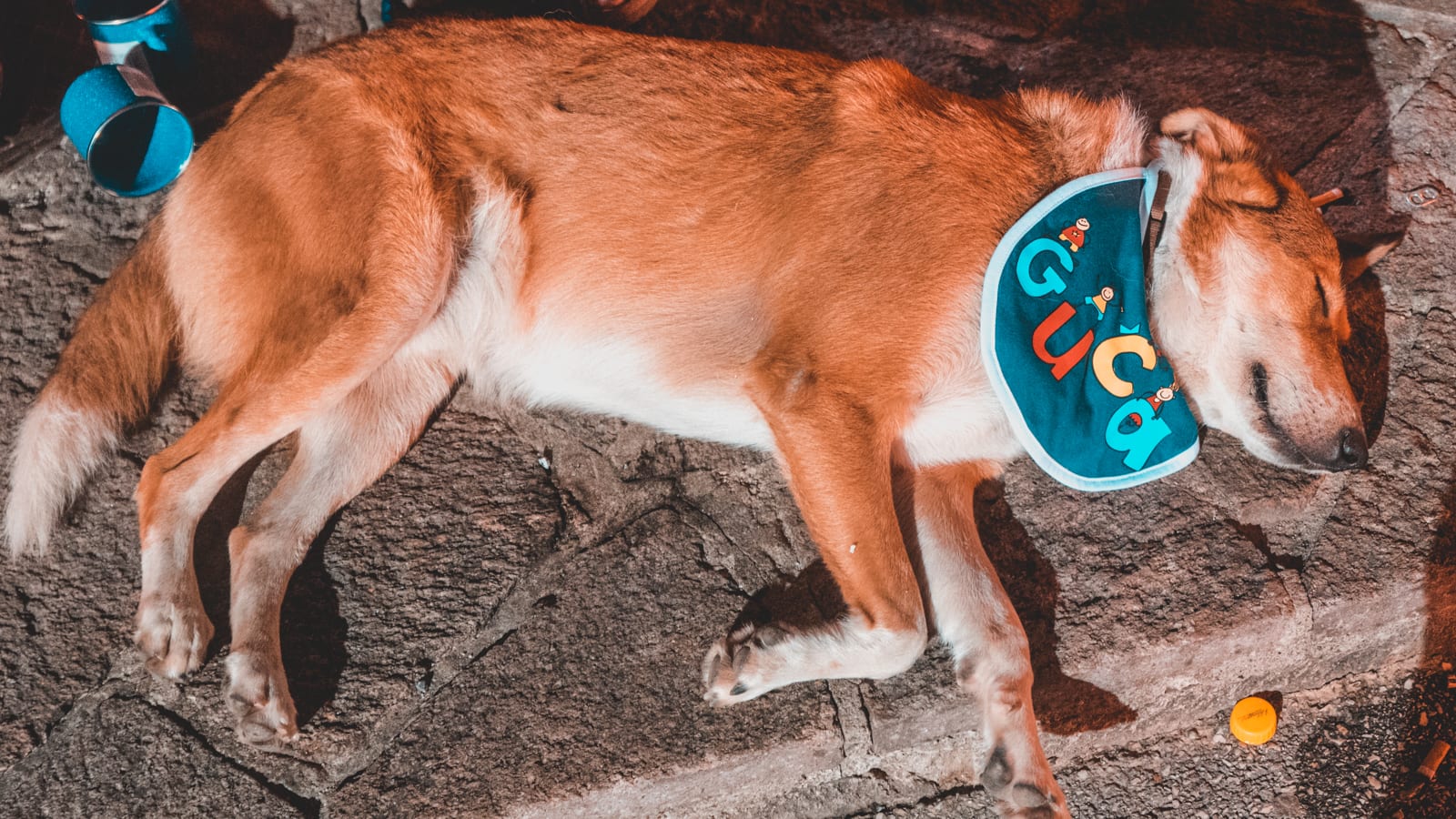 “It’s not a festival. It’s a gathering.”
This is what my host Dragos from Amigos Campground tells me as he’s stuffing four of us into a comically tiny car driven by a Greek volunteer. I’ve done zero preparation for this festival other than to take the train via my Eurail pass to Serbia, but somehow in the first five minutes have already found my festival family and a campground for $5 USD a night. 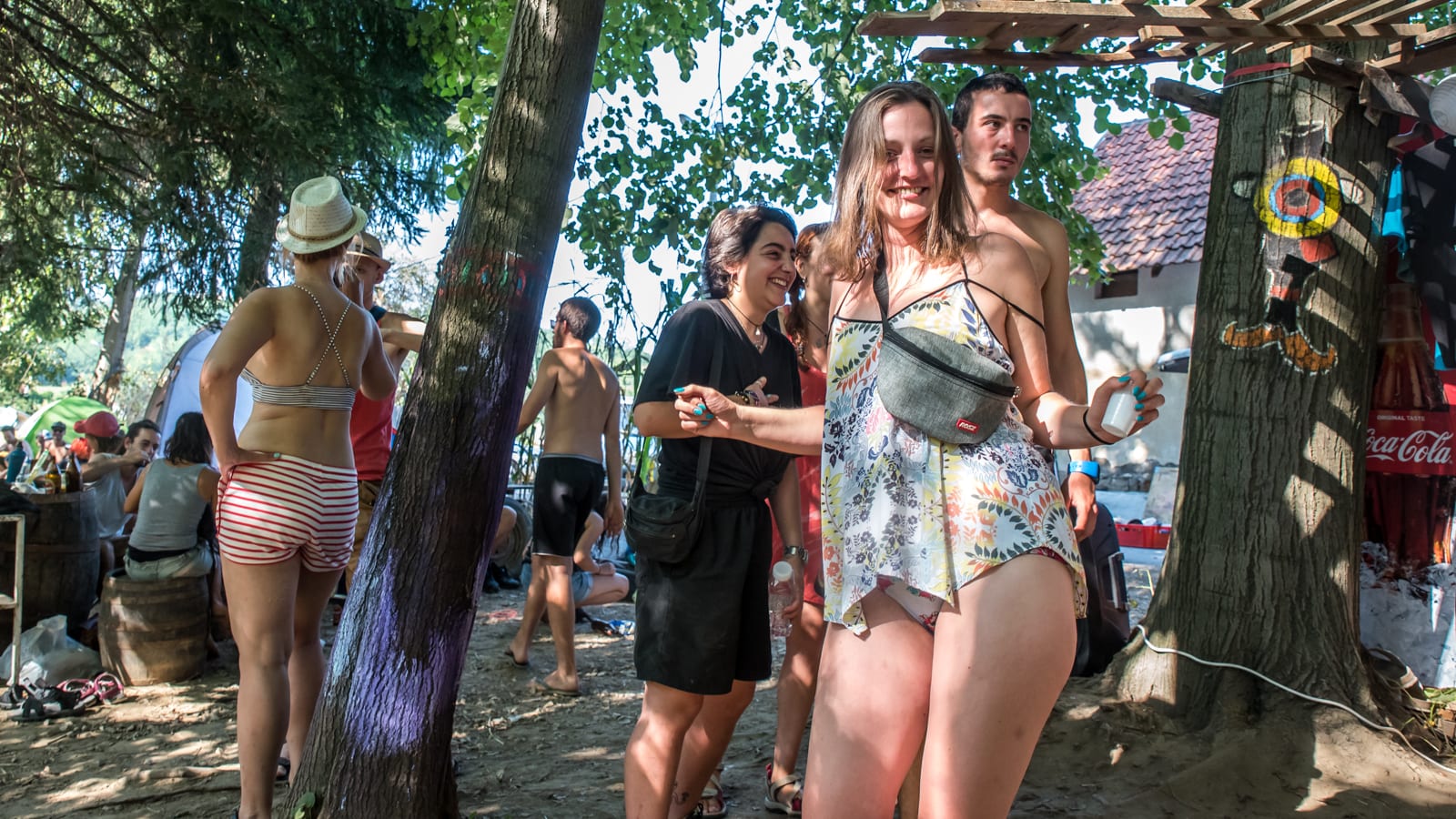 Living in a Tent Down By the River
Our campground, like many around town, is unofficial, but there’s shade, river, and a bar with ice cold cheap beer. We set up wherever we can cram in a tent. “We have too many people this year,” Dragos confides to me. “Everyone that comes back to this festival brings friends with them.” He’s about to say something else but the lumber plant across the stream suddenly lurches back to life (thankfully, the sound of grinding metal is absent when the weekend hits). 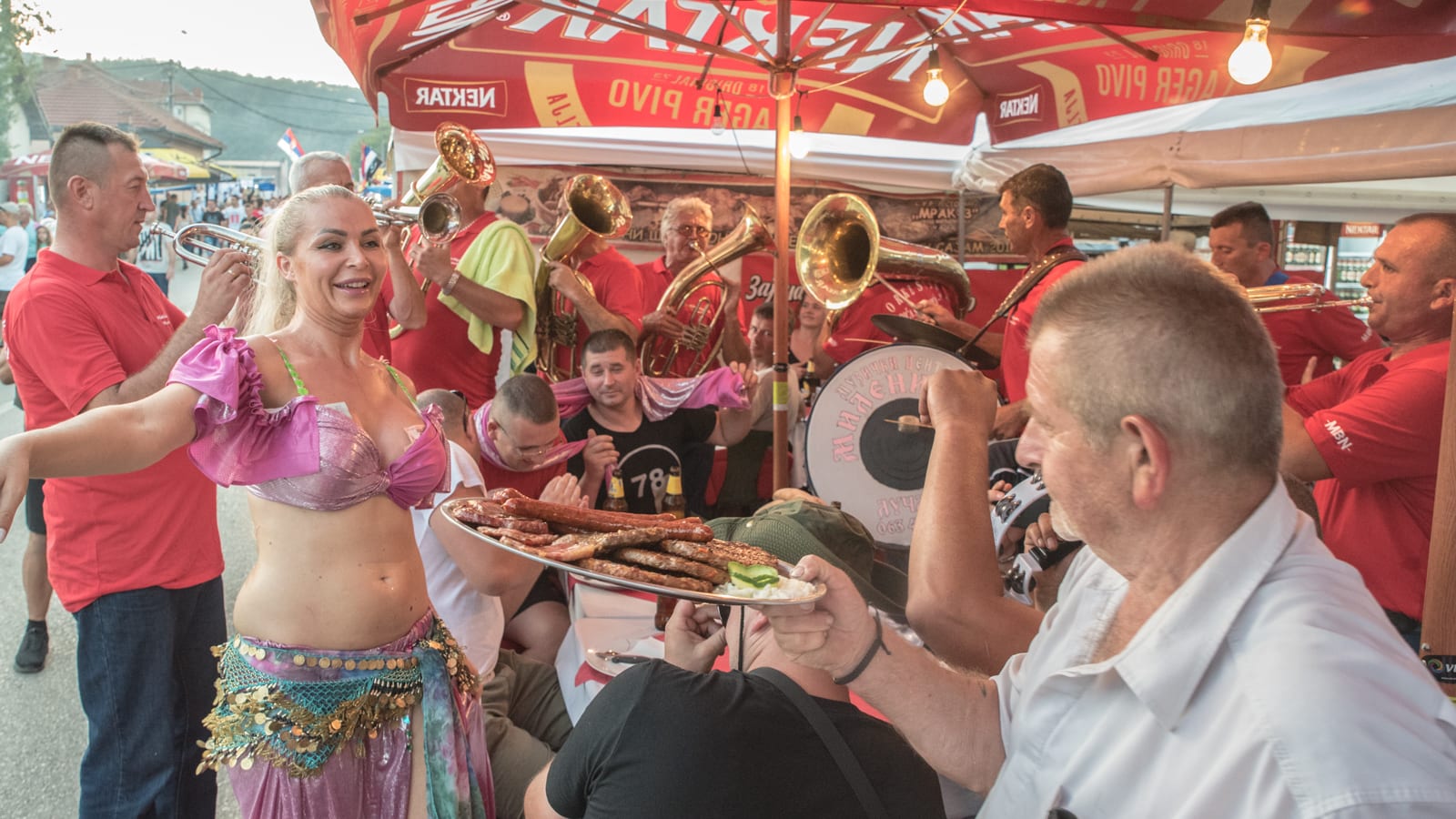 The Super Bowl of Trumpet Competitions
The festival is centered around the annual throw-down to determine the best trumpet players in the world. There’s multiple categories and contestants have qualified at regional events to finally show off their skills here at the festival so the stakes are high. The main stage in the center of town is where we gathered each night to see the best of the best compete for the crown. 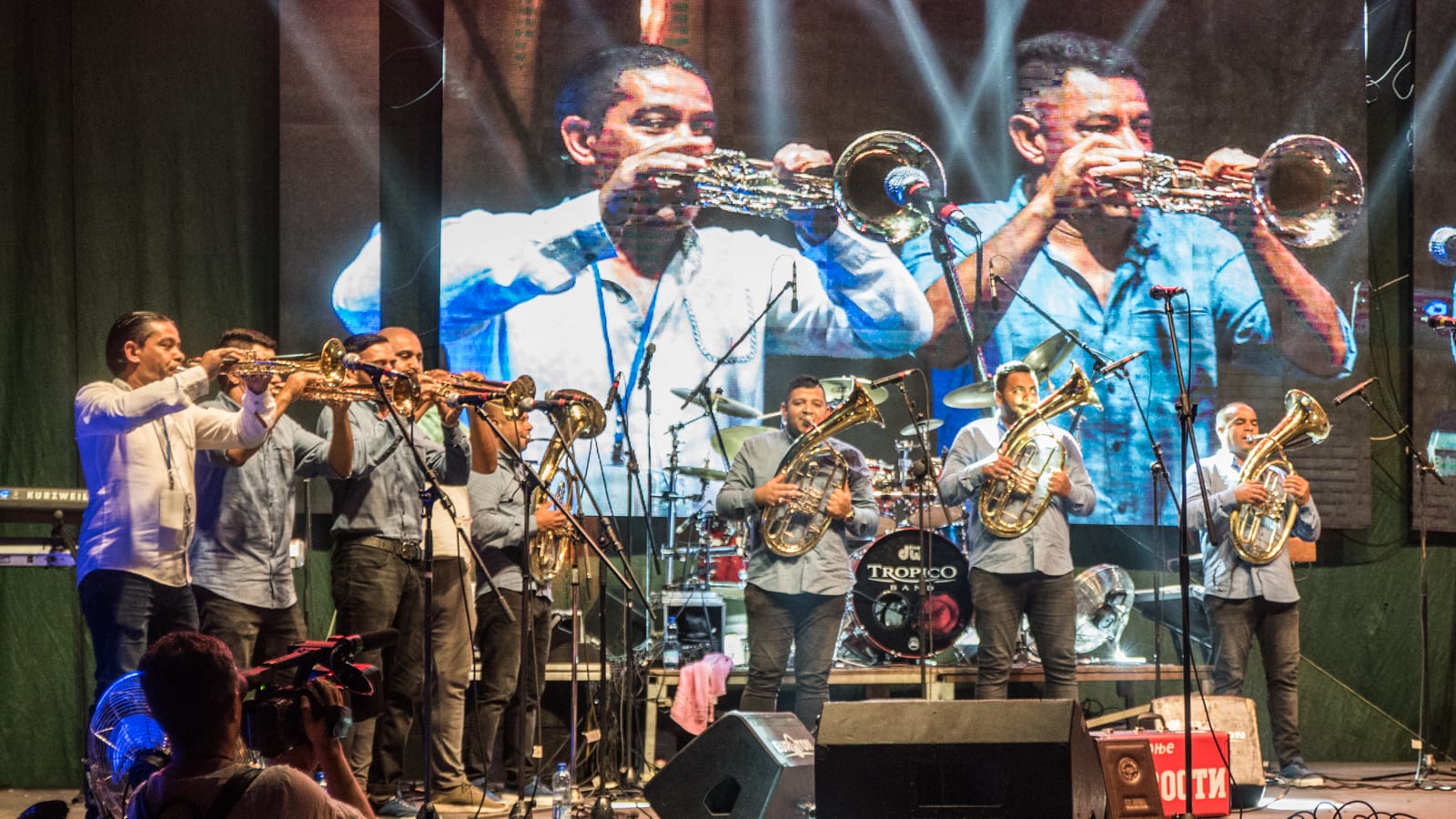 How Many Trumpet Fans Are There?
The number quoted for attendance at Guča is 600,000, but because it’s a free festival there are no official numbers on the actual size of the crowd. “There are less people this year when compared to other years,” a shopkeeper tells me, a sentiment echoed by the locals that I speak with over the weekend. But if there’s a reason for the decreased attendance, nobody seems to have a theory. 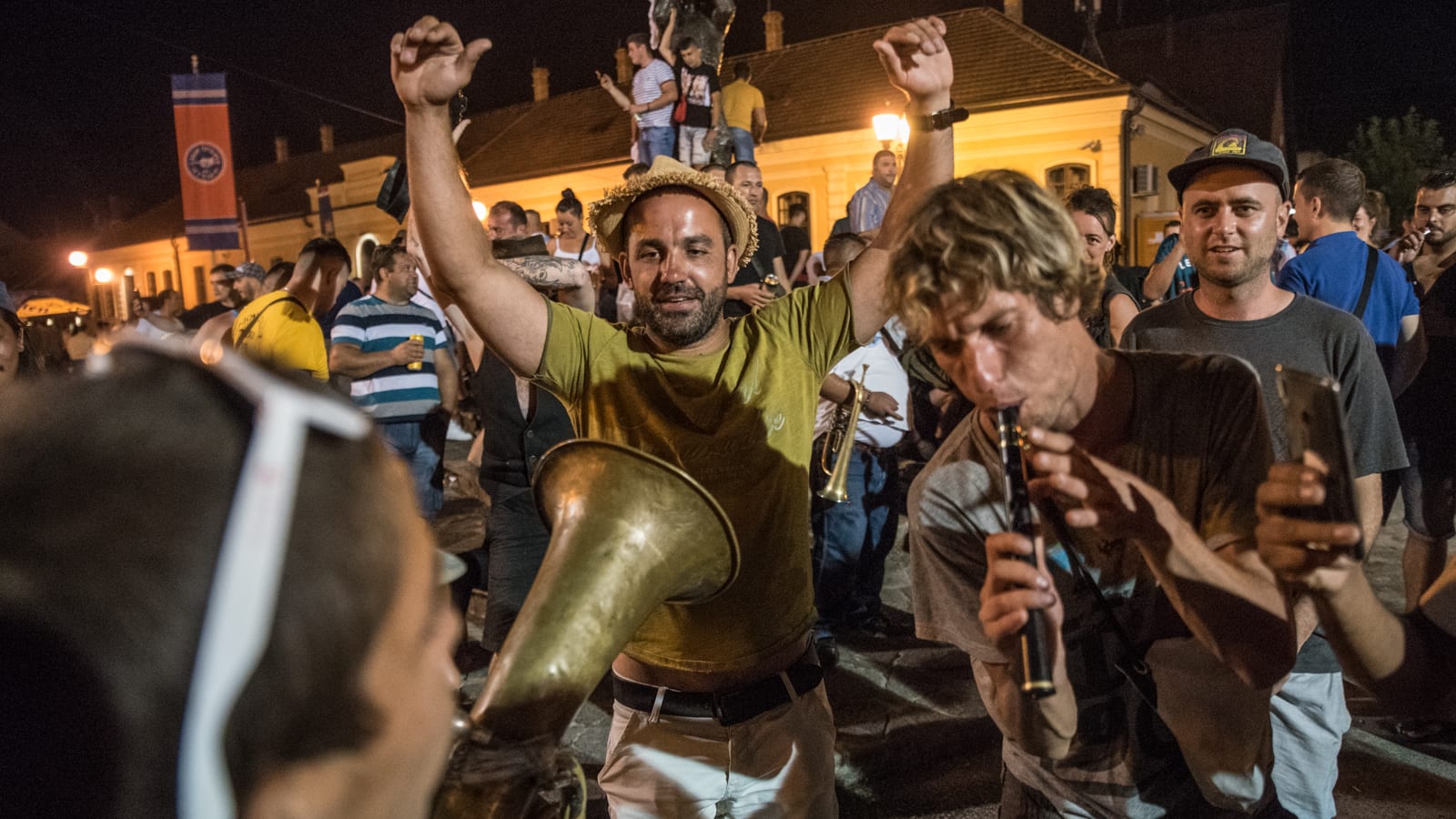 The Wandering Minstrel Trumpet Hustle
Everyone that can play an instrument is part of this festival. Lone musicians, official bands, unofficial bands, and kids with taped up tubas wander the streets, bars, and restaurants of towns playing at all times. You like what you hear? Drop a few Serbian bills into the horn. Don’t like what you hear? Well, they’ll most likely keep playing louder and closer into your face until you pay them. 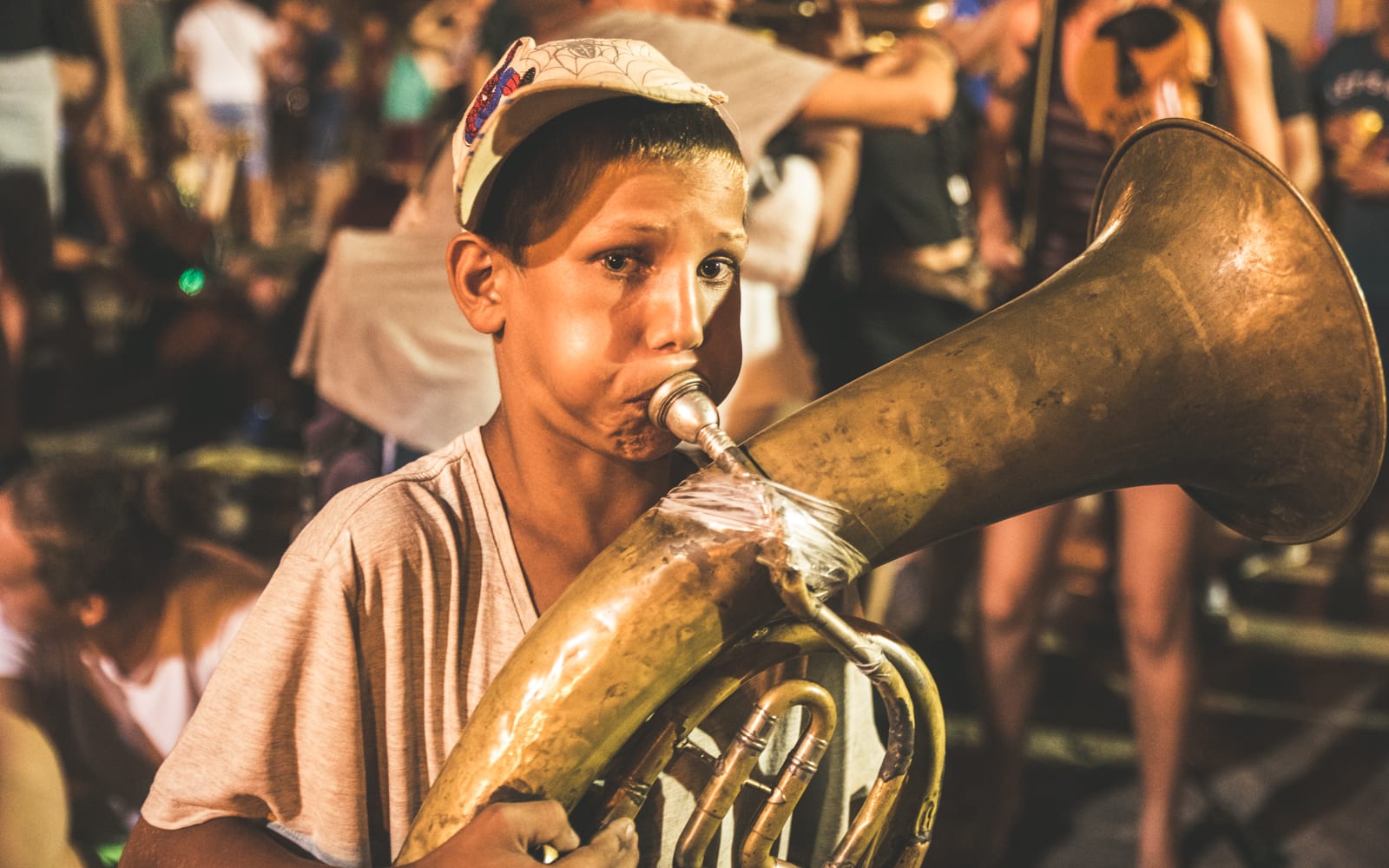 Find Me At the Trumpet Statue
When the activities on the main stage start to slow, the action spills out into the main square where the iconic trumpet statue is located. By two in the morning, it’s packed out here, freestyle jam sessions are happening everywhere and at least seven people are trying to climb to the top of the statue. There’s a low level of chaos running through the festival. 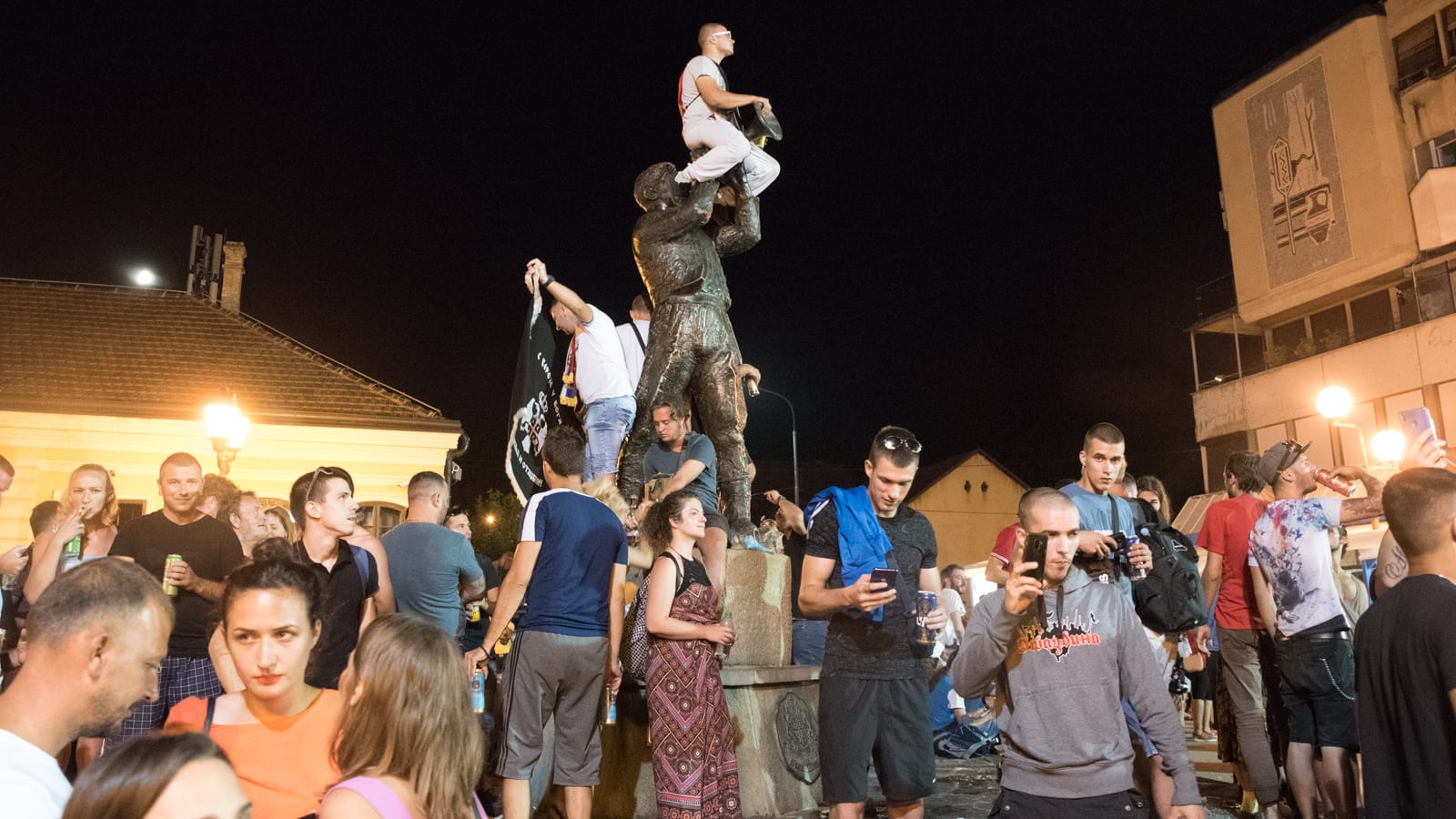 #vanlife
Our international campground was full of characters like this French dude living out of his van who rode around on roller blades every morning. 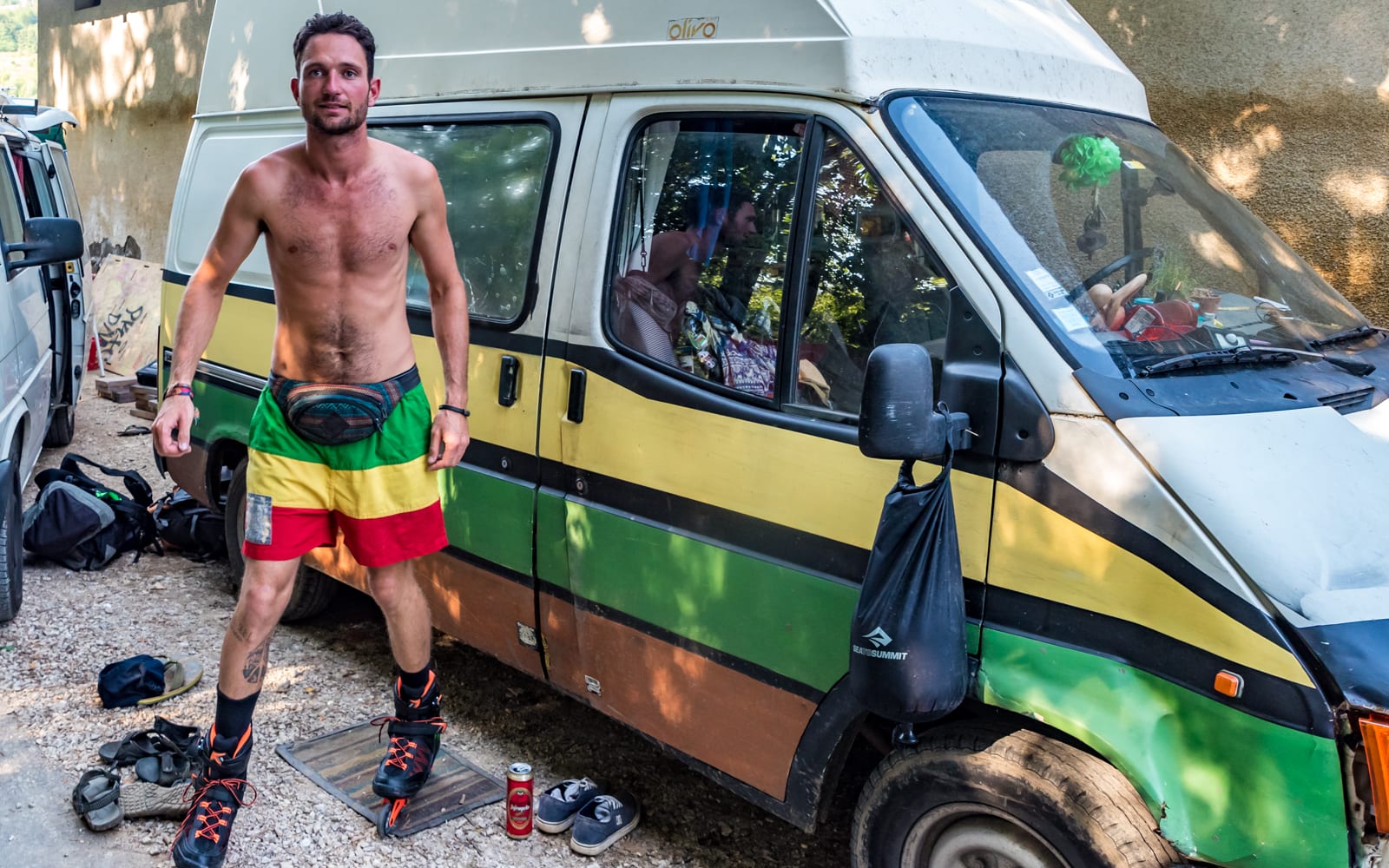 Late Night Jam Sessions
After an evening in town, we hustled back to our campground for a midnight performance. On nights with no music, the campers would produce instruments and put on their own shows. 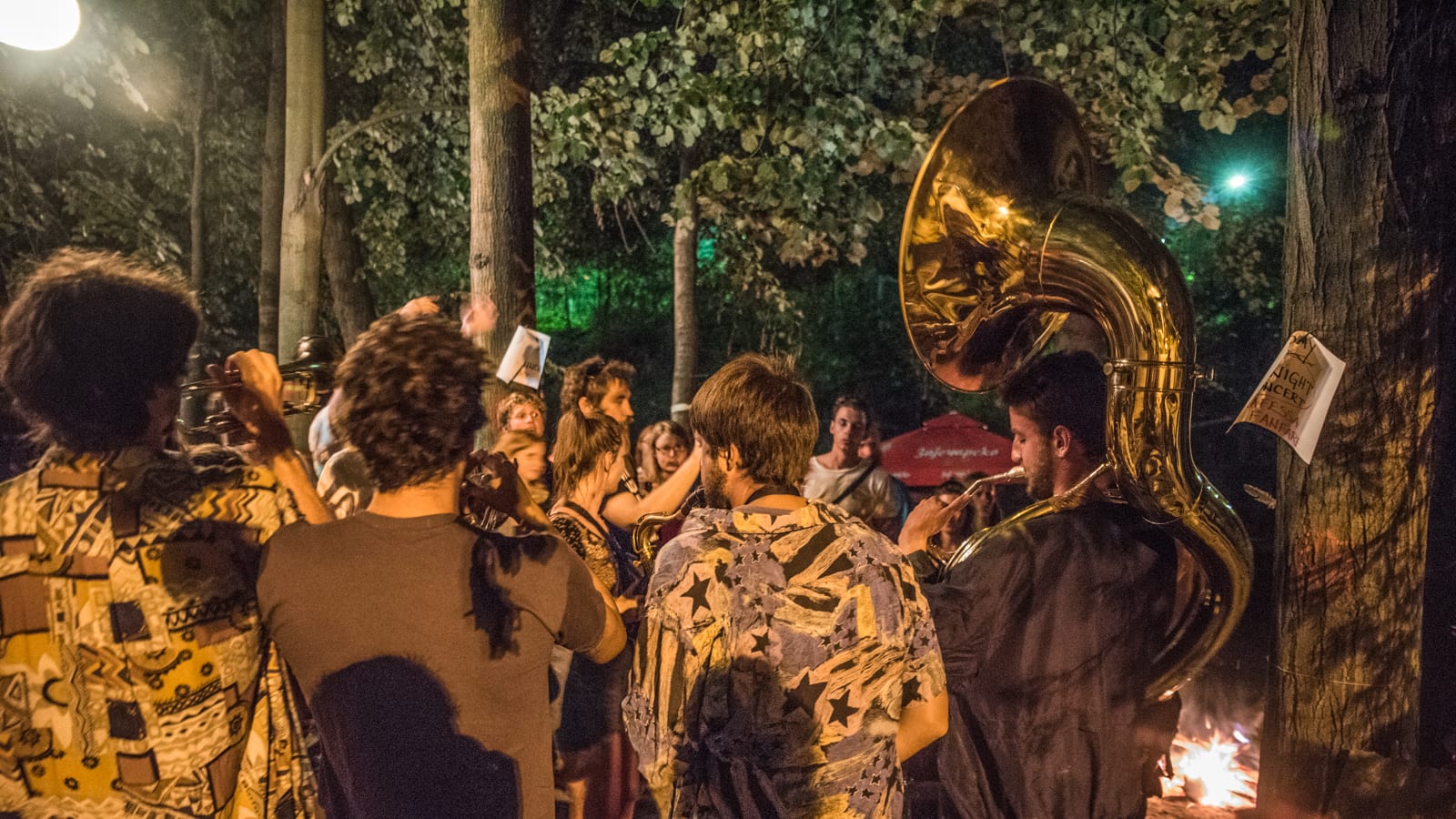 Life on the River
It’s not clear in these photos, but Guča was horrifyingly hot, like the type of heat that just made me angry with life. This is where I spent every day while waiting for the fireball to set, lounging in this icy cold river drinking beers.

Growing up in Vermont, I made every attempt to ensure I didn’t turn out like a hippie. And yet, here I am bathing in the river, shitting out in a field, and eating berries outside my tent like a damned dirty hippie. I guess you can’t escape your destiny. 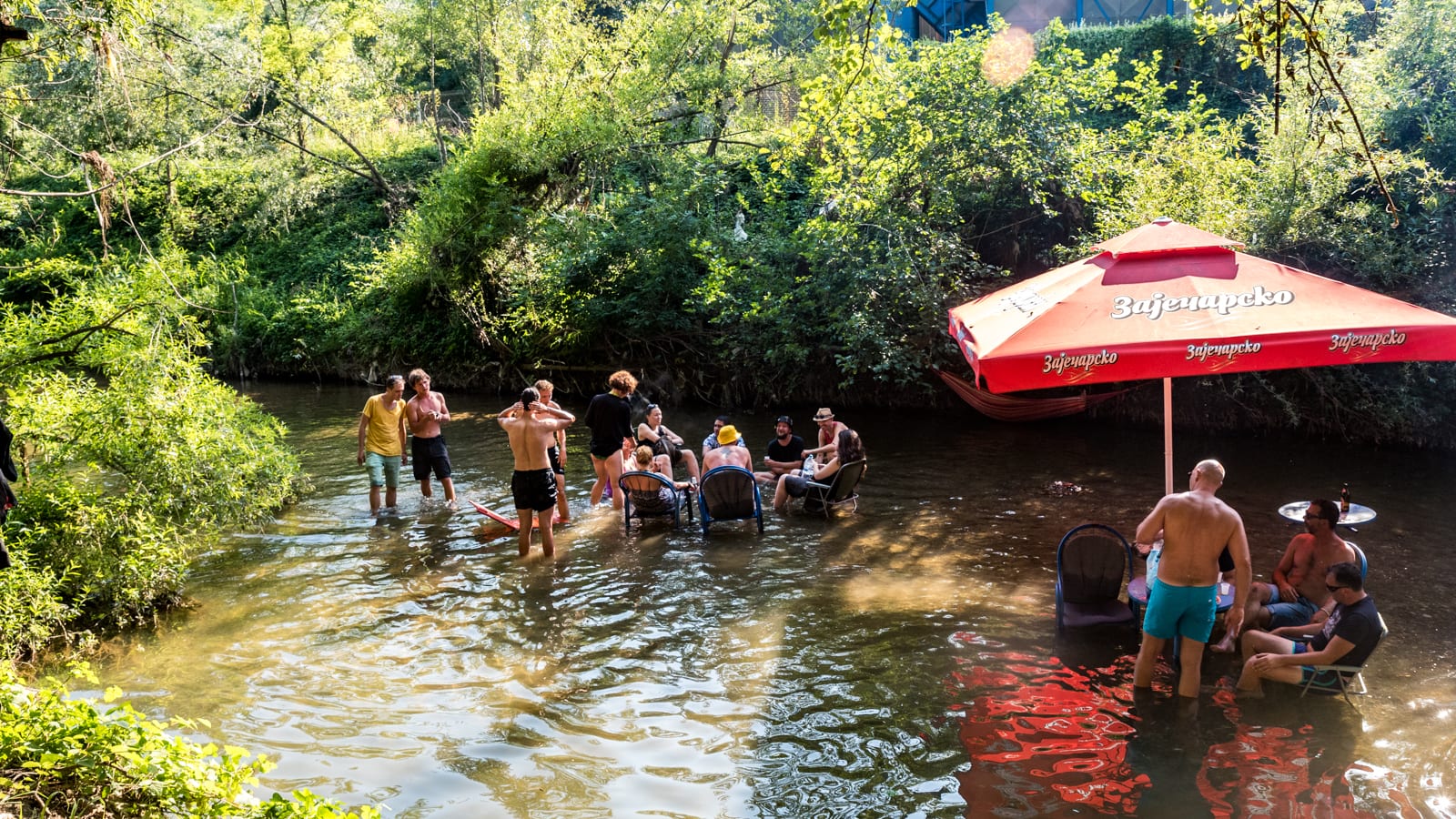 The Original Cabbage Patch Kids
These cabbage vegetable dolls are both adorable and the stuff of nightmares. 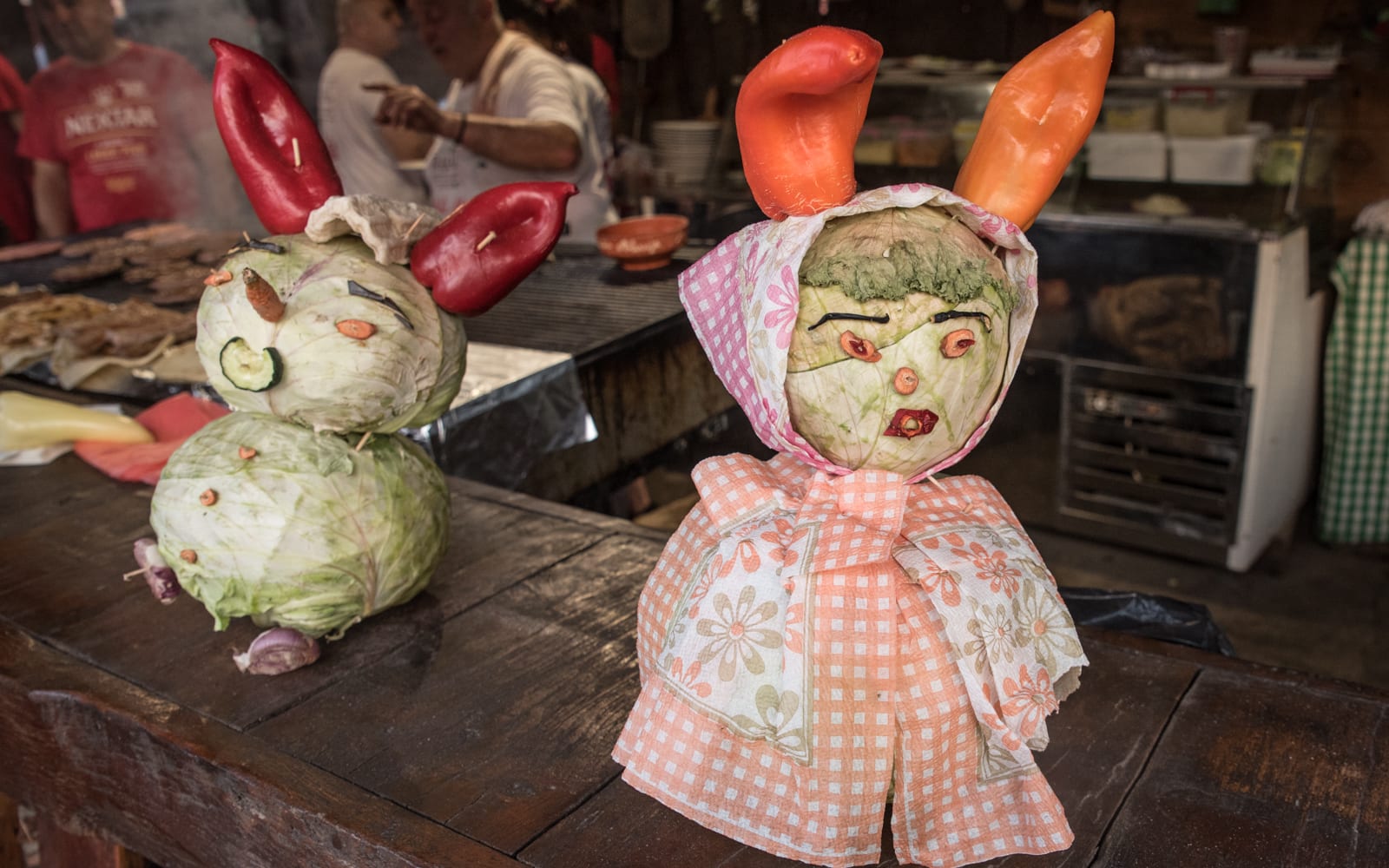 The Unofficial Branding of Guča
Serbia’s loose relationship with US trademark laws led to some humorous t-shirts, although I struggled to find the connection between search engine Google and a trumpet festival. 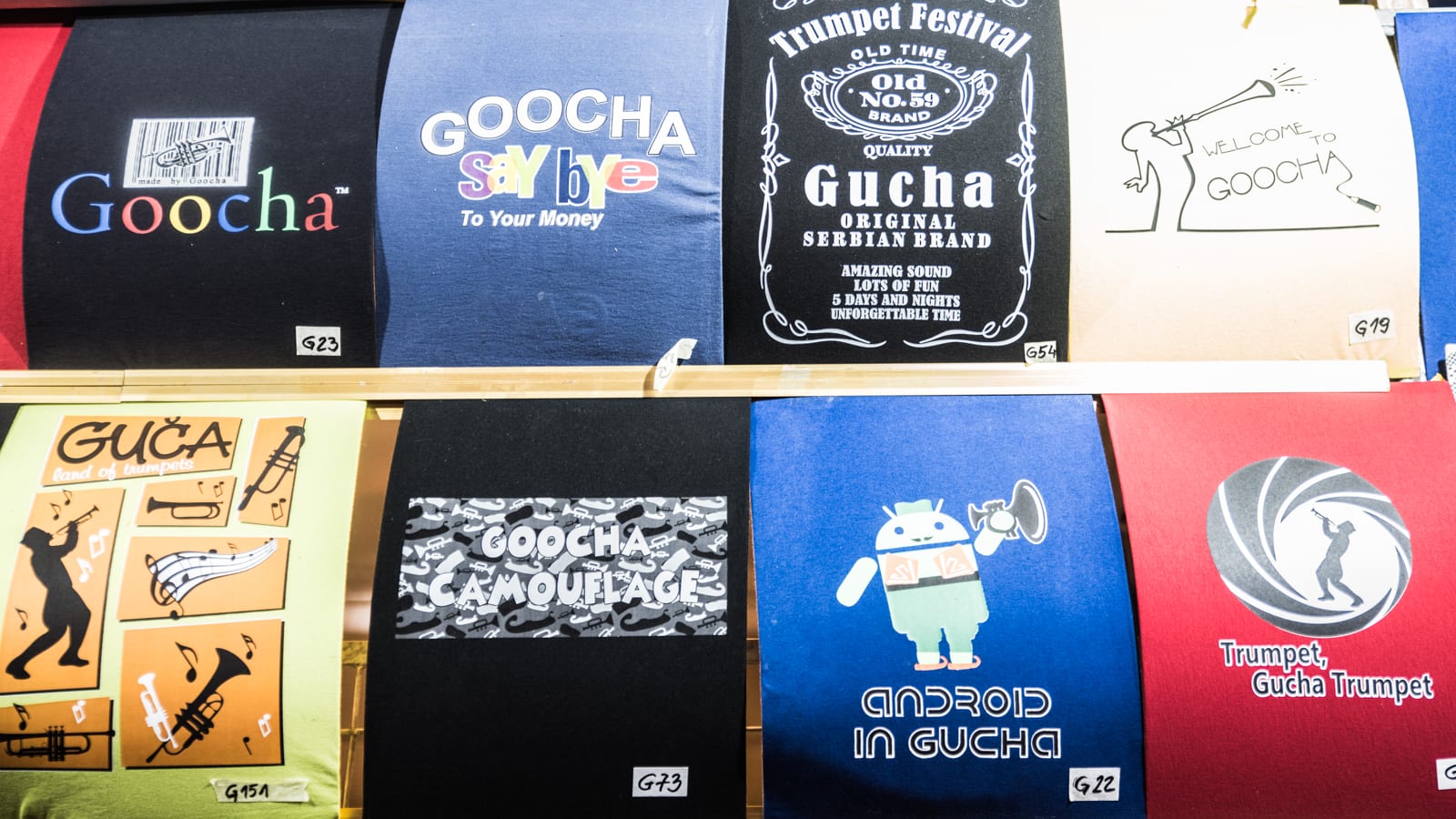 What’s the Prime Hours for Music? While trumpets are happening at every conceivable hour, the main stage from starting around six to midnight is prime trumpet blasting and the most packed crowd at the festival.

What’s the Weather Like? Hotter than I’ve ever been in my life. Be prepared to suffer. I’ve been to Serbia twice in August now and it’s like visiting an oven.

How Do I Get There? Make your way to Belgrade and then take a bus from there. It takes about three hours, and you’re going to look on a map and think it’s not that far. It is.

Where Do I Sleep? Sleep anywhere you want. There’s a spot on the river? Go for it, although I do recommend paying the $5 to sleep in an unofficial campground. You can find them on Facebook or just ask around at the bus station. 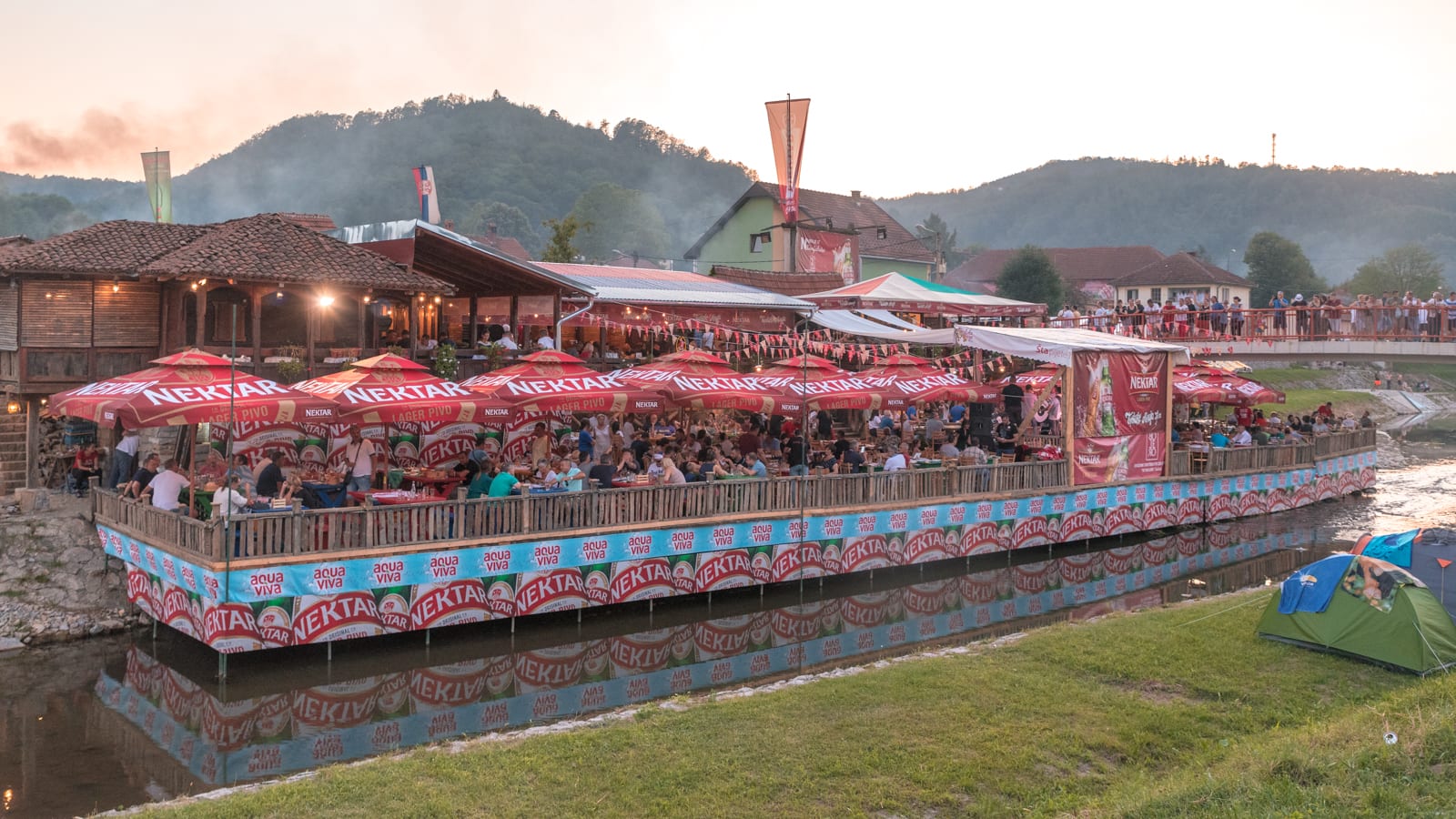 I wanted to get festival weird this summer and Guča certainly fit the mold. It’s a week long street party filled with trumpets, eating, drinking, and a hell of a lot of fun. Combined with the previous weekend at Pol’and’Rock, you’re looking at a two week stretch of free festivals across Eastern Europe. 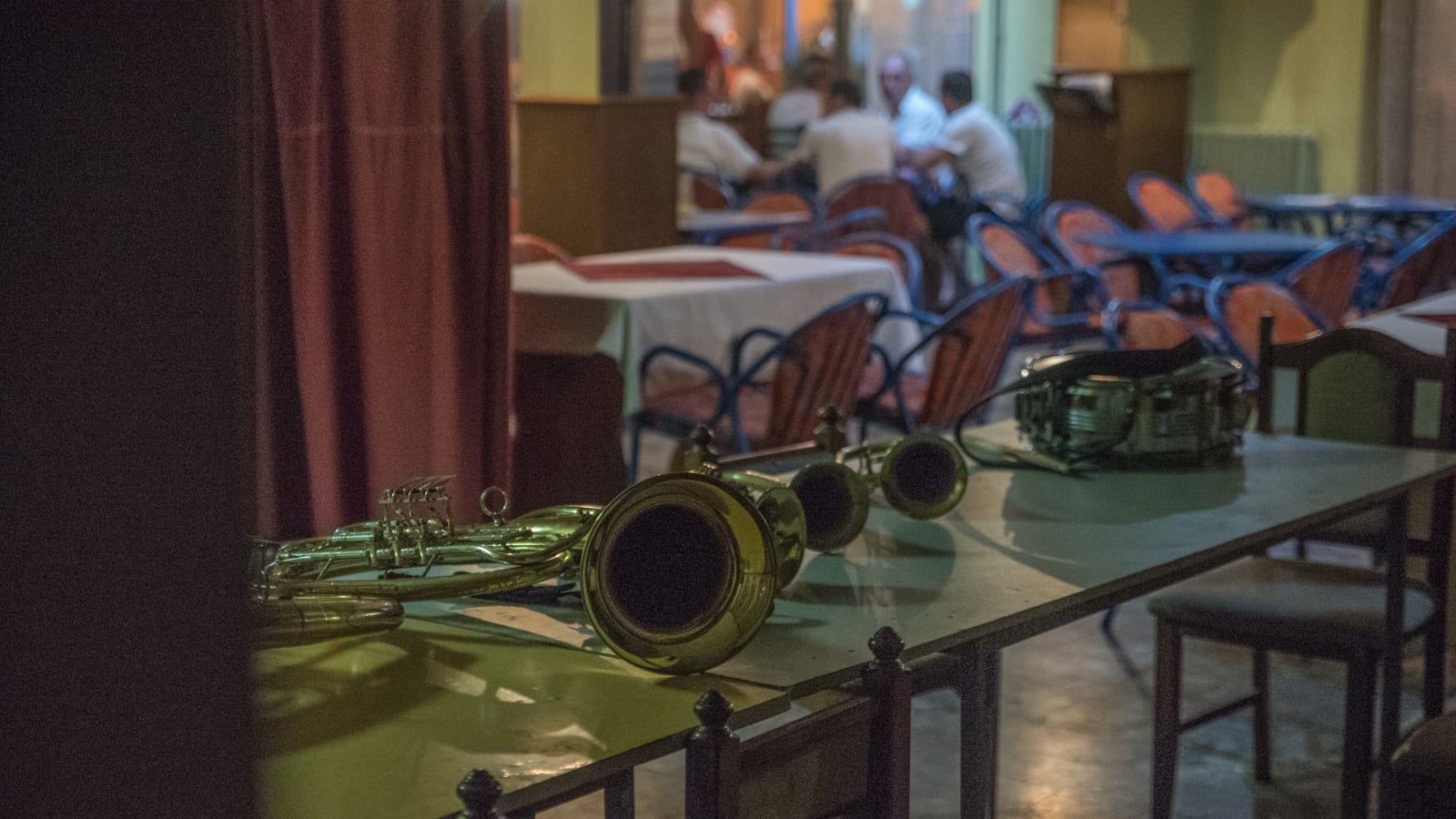