Day #47: Festival #7
After only five short years, Electric Castle has transformed into Romania’s top festival. Much like the nearby city of Cluj, there’s a spirit and energy to Electric Castle that heightens the entire experience.  Bouncing between passport stamps, visa issues, and a hectic schedule, I almost couldn’t make it back to my semi-adopted European home, but was lucky enough at the last moment to fit it into the 100 Nights of Summer Tour. 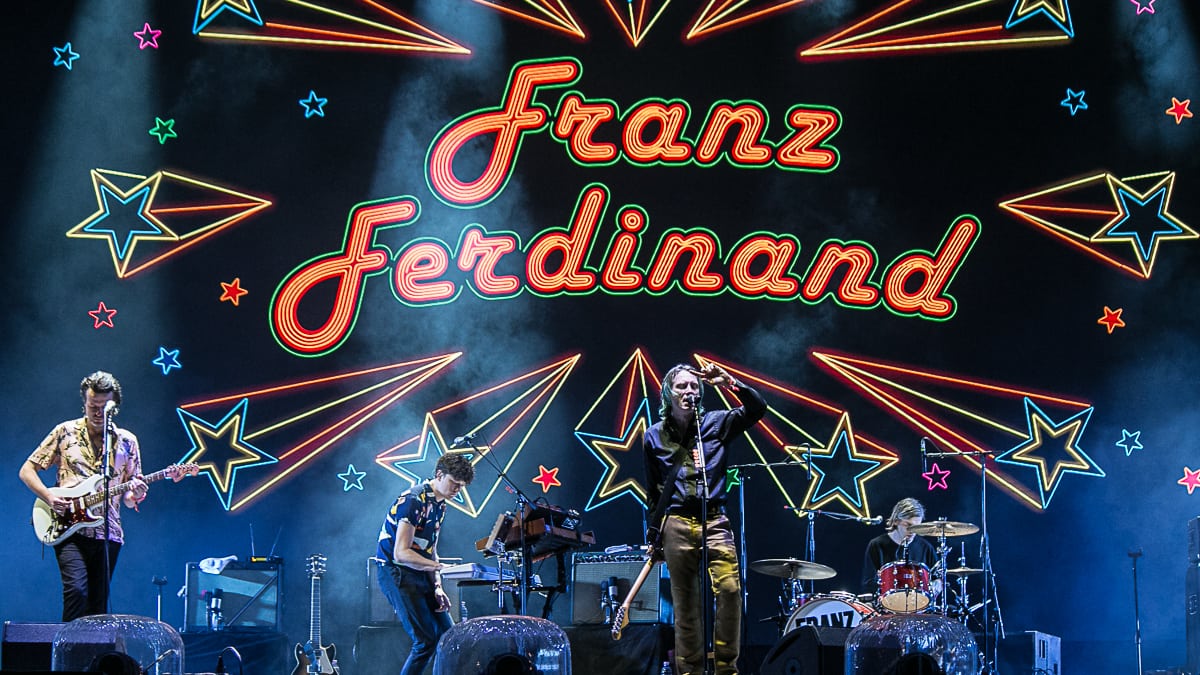 Life At The Castle
The once dilapidated Banffy Castle, saved by and restored by EC, remains a singularly excellent place to throw a festival. The highly photogenic frontside is swarmed by a neverending crowd of selfie fanatics seeking the perfect festival photo. One shady side is a dedicated chill zone with hammocks and quiet spots to lean up against the ancient walls. Late night, the courtyard Garden Stage is the place to be, with music bumping well into the morning. And finally, inside the castle you’ll find art exhibits, technical showcases, and other mysterious secrets.

Life On The Grounds
The popularity of Electric Castle has led to an expansion of the surrounding grounds. Besides the open fields of the main stage, there’s a new welcome addition of the rainproof Hanger Stage. Like previous years, there’s still plenty of places to find a quiet spot in the woods (beware of roving police officers), and the Silent Disco has been moved to a much more contemplative forest setting — perfect for 45 minutes of uninterrupted hugging if that’s your thing. 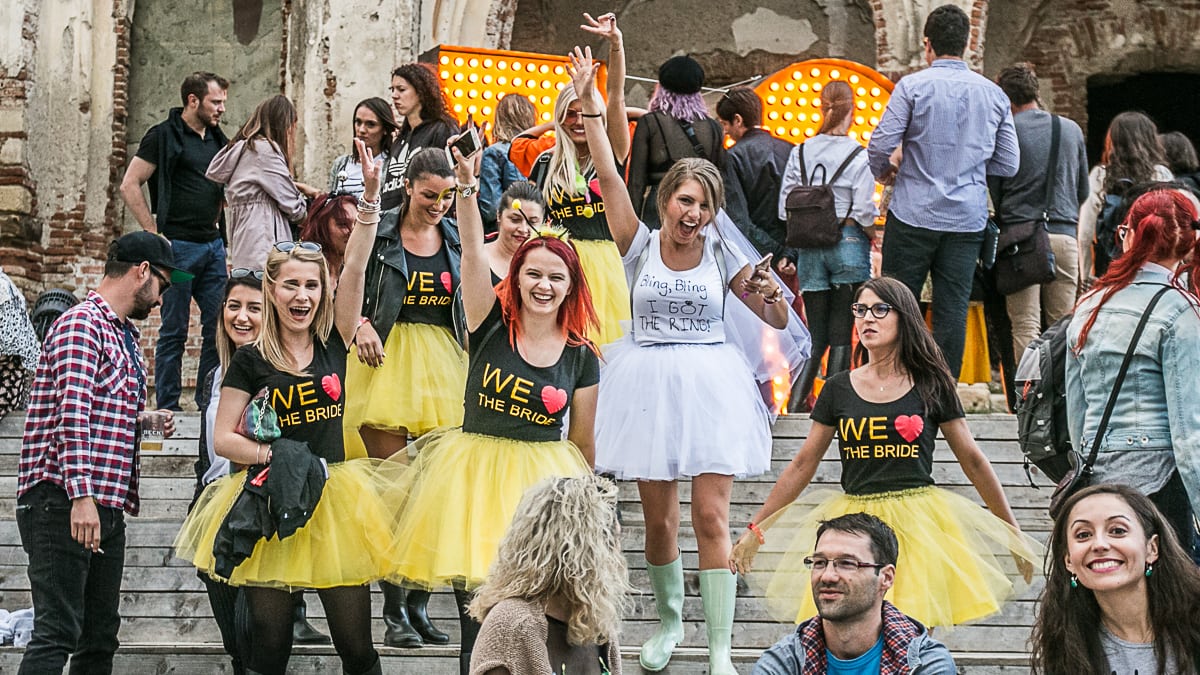 The Curse is Lifted
One of the dubious honors that Electric Castle has picked up is that it attracts rain. And not just your simple rain showers or drizzles. We’re talking raging 12- hour downpours that turn the lovely greenfield into a muddy mess — a mess that I experienced first-hand. But this year? Hardly anything. Sure, maybe one or two afternoon showers, but after the deluges of previous Electric Castles, we hardly noticed. I’m even considering camping again.

The 24 Hour Festival
The castle never closes. Music starts up Wednesday afternoon and doesn’t stop until the wee hours of Monday morning. If you want to party, at any time of day, there’s a place to dance your face off. The Booha Mansion is the epicenter of the endless party with DJs and a solid crowd going crazy. Late night revelers will want to watch the sun come up in the Dance Garden, which is scenically tucked away inside the courtyard of the castle. 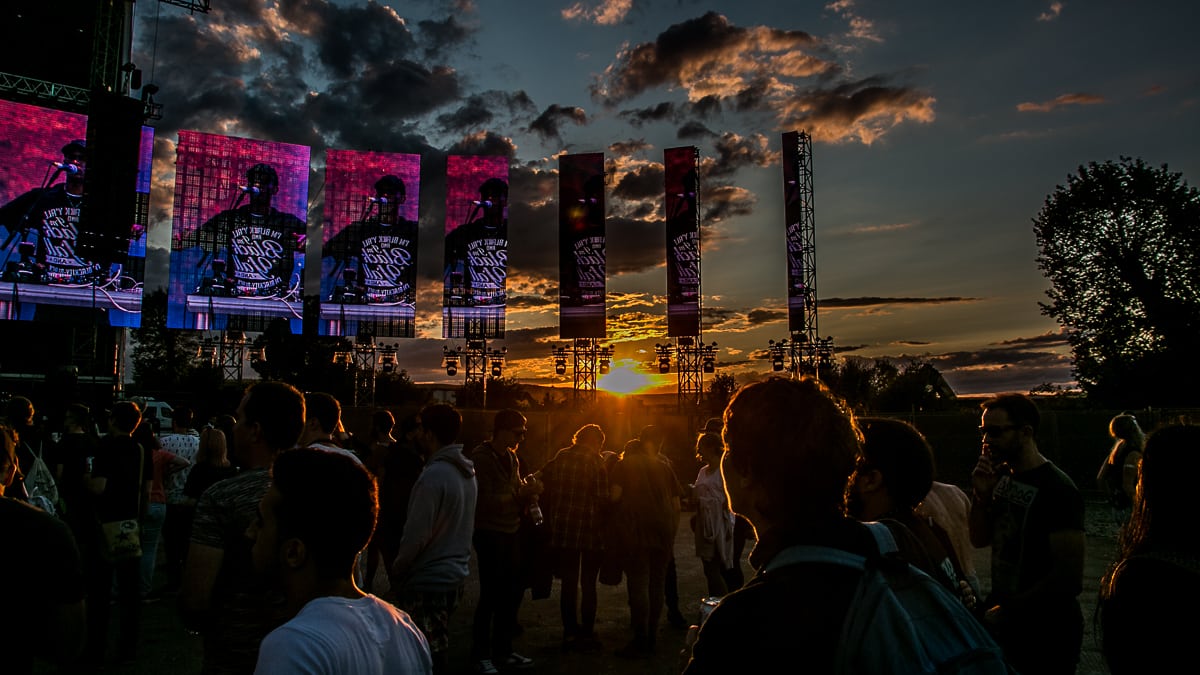 Favorite Set of the Weekend: Alt-J
After the upset at Pohoda Festival, where Alt-J was upstaged by a renegade gypsy band on an art piano, they have nabbed the coveted honor of being my most enjoyed act of the weekend. I’m sure they are thrilled.

Surprise Set of the Weekend: Fanfare Ciocărlia
This is such a cool story — a local wedding band from an obscure village in northeast Romania is discovered by a German sound engineer and goes on to world wide fame.

Most Disappointing Set: deadmau5
I will admit I have probably never listened to a deadmau5 set all the way though, but man, if I’m going to see him live, I expect him to be wearing that stupid mouse costume. Without is, the entire show is just his baby head bobbing around behind an obnoxiously way too large deck. 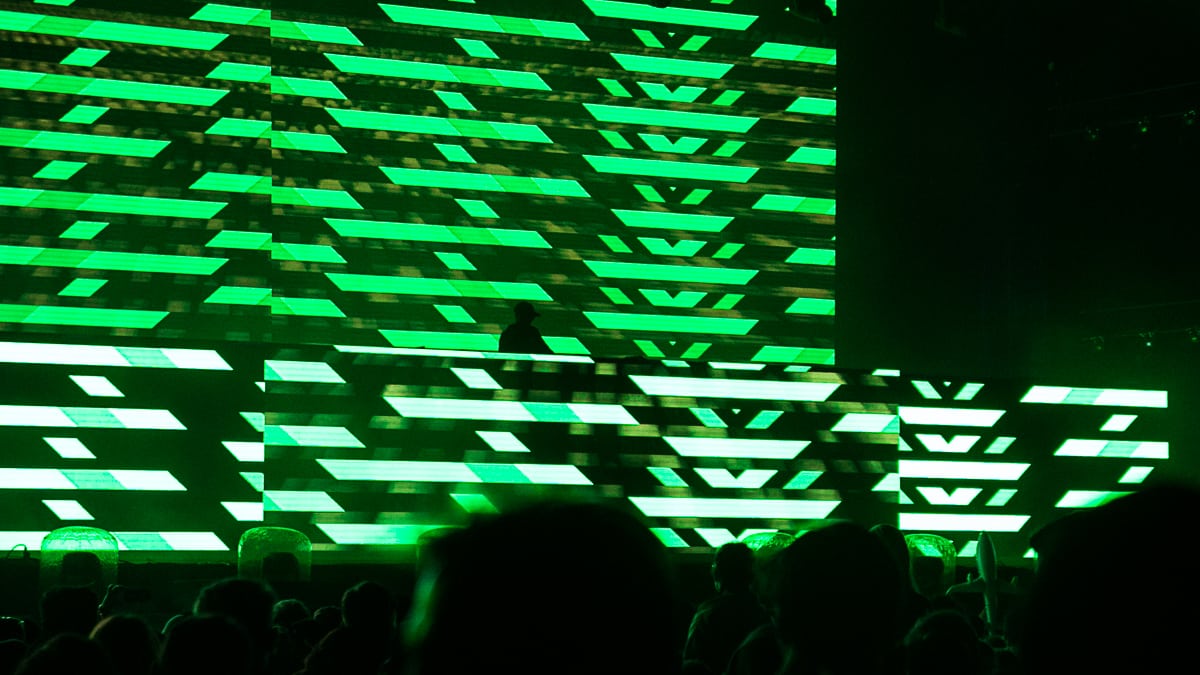 Soundtrack to the Sunrise: Maceo Plex
So you’re drinking with all your friends and the sun is coming up and you’re all dancing inside the courtyard of a castle. Just awesome. 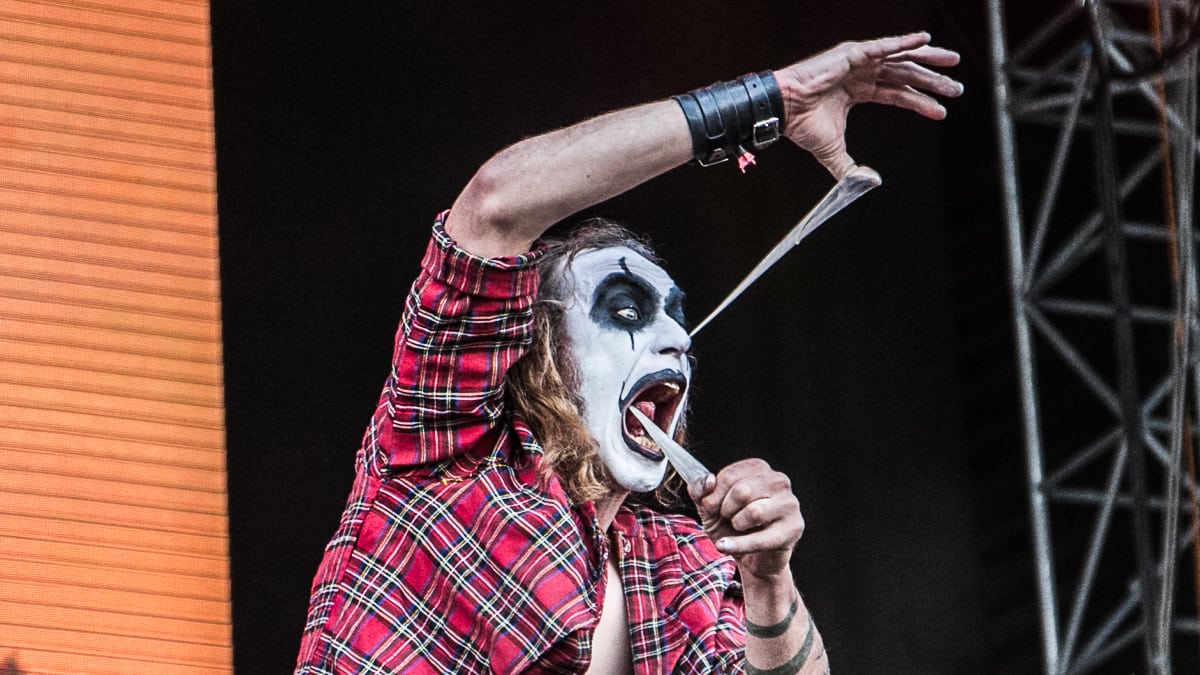 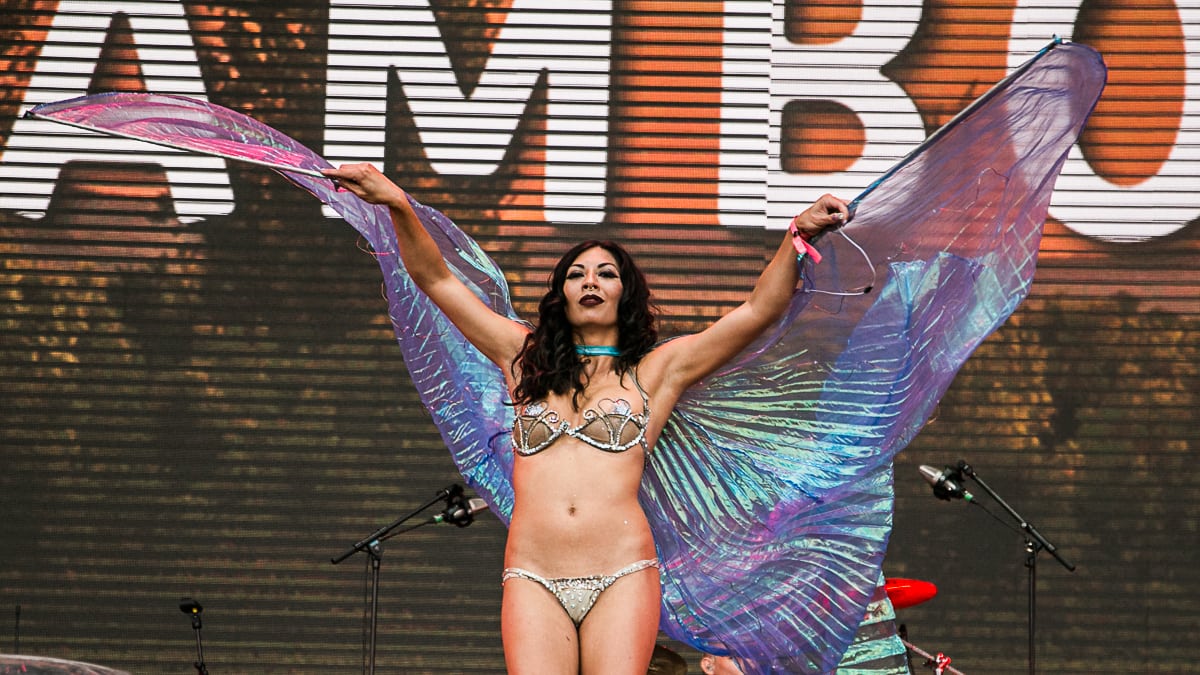 Best Improvement
Perhaps finally realizing that both Electric Castle and the rain are here to stay, organizers have finally installed a spacious indoor venue. The Hanger Stage made its debut this summer, and although some of the sound needs some work, it’s a welcome addition to the growing festival. 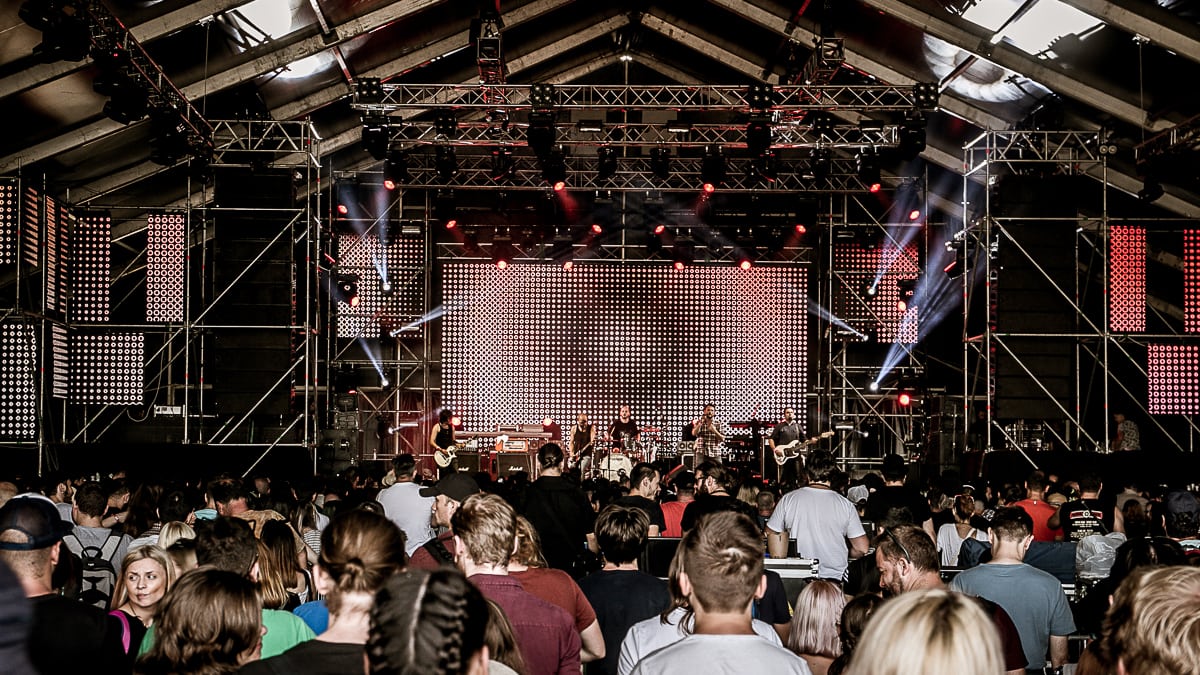 Best Electrified Show
If I had bothered to read any media materials, I would have known that every evening, just after sunset, these two dudes showed up shooting electricity into the sky — and into each other. Lucky for me, I just kind of stumbled across this while on my way to the bathroom. 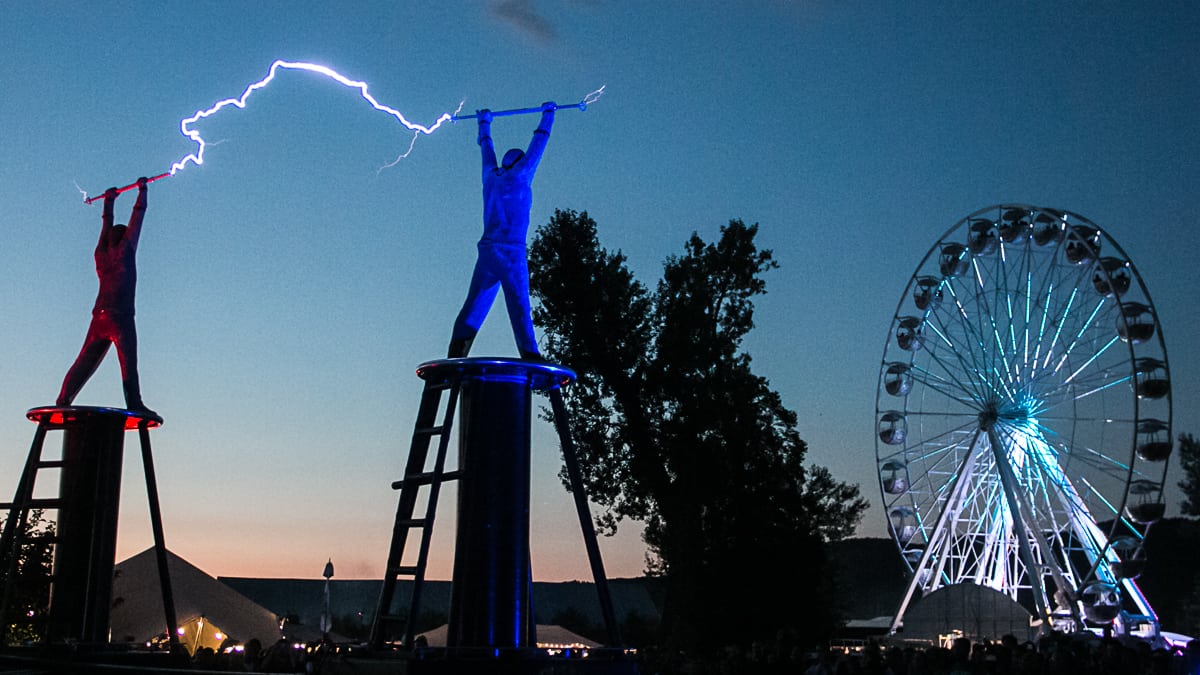 Best T-Shirt: Couples Edition
“Sorry, I’m only allowed to kiss this man/woman”. Guess what, random strangers? Didn’t want to kiss either of you. 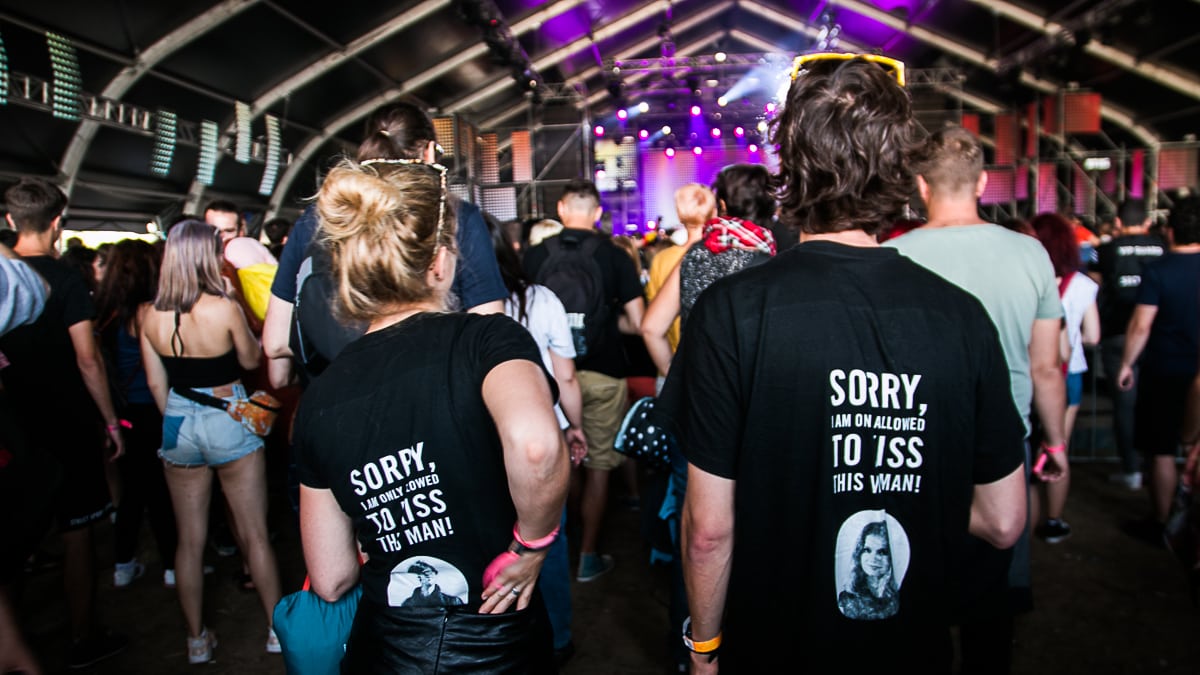 Best Accessory: Tie Between Binoculars/Fresh Feet
Keep your feet dry and fashionable, or keep an eye on stage action? I choose both. 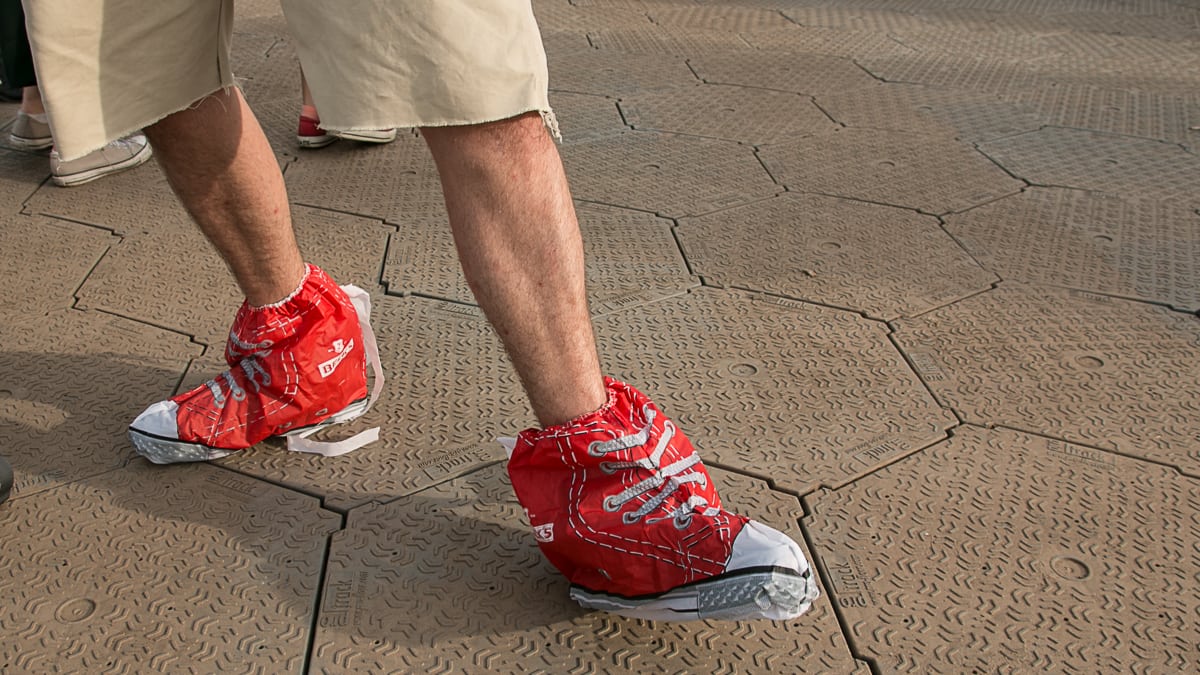 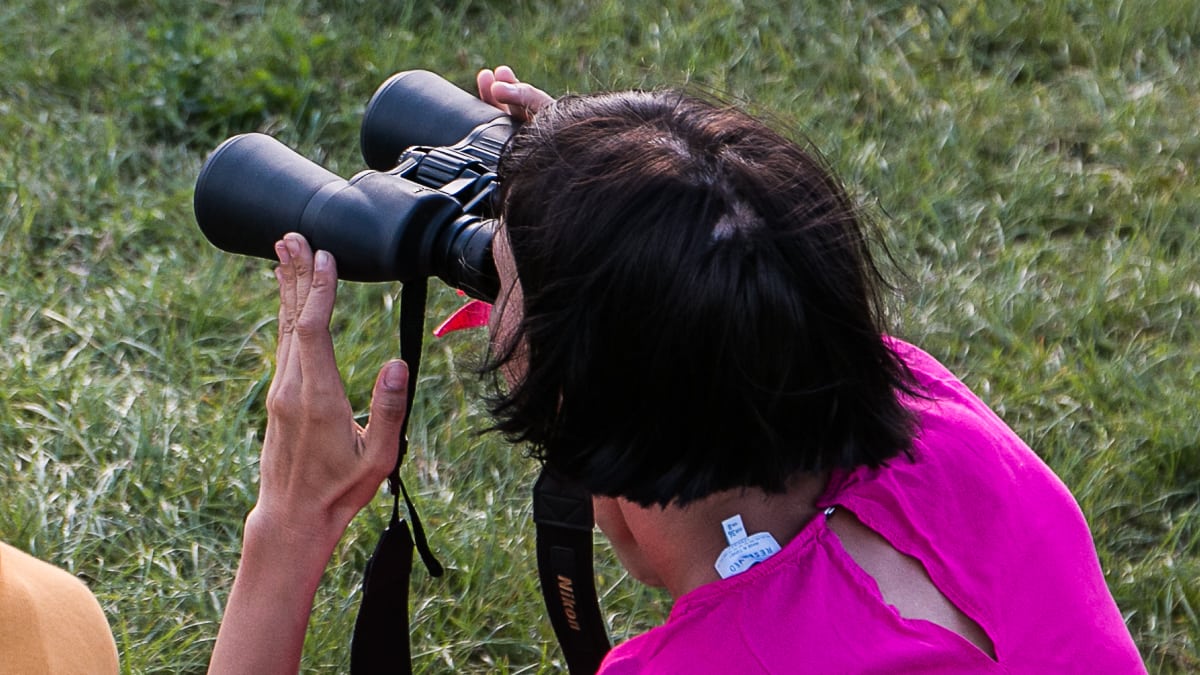 Best Hipster Pose
My German friend Remi, who is in some sort of apocalyptic death metal band (I may have most of that wrong), found himself being mocked by metalhead friends for coming to Electric Castle and being deemed, the worst of all insults, “a hipster”. We showed them by having Remi doing the most hipster pose he could manage, which quickly became the most liked photo ever on our Instagram account. 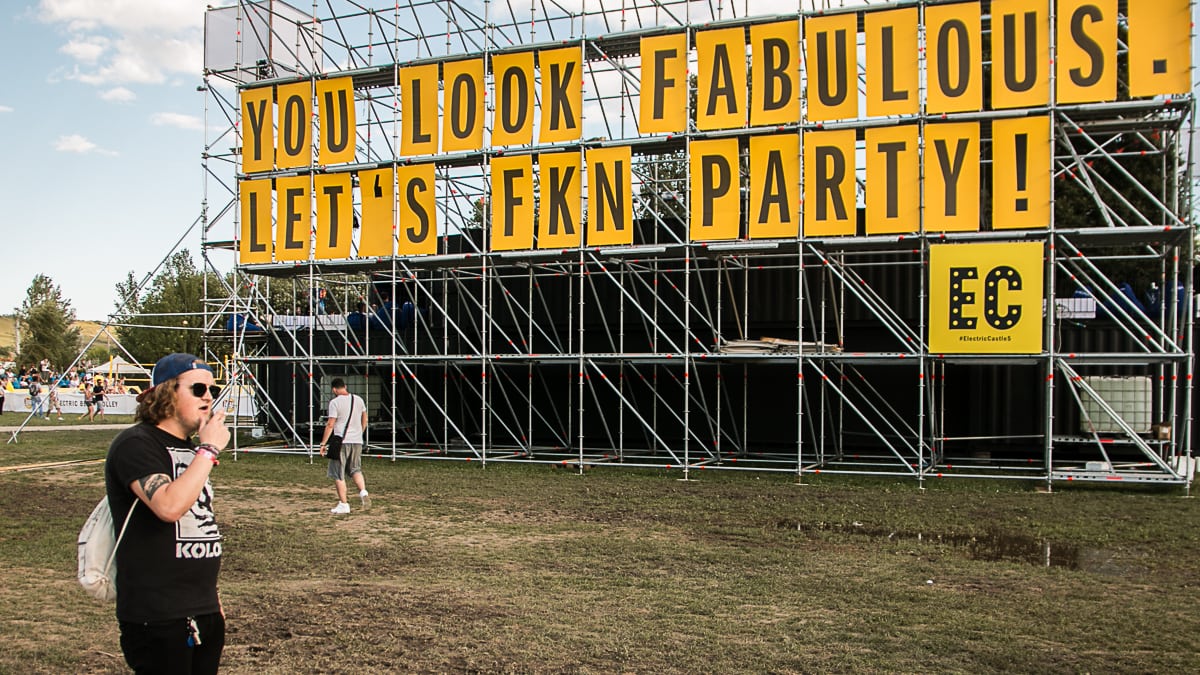 The back to back Pohoda-Electric Castle weekends were a highlight for me last year, and I’m glad I was able to revisit both these fests. Romania’s current music festival boom is continuing unabated, and if you’re looking to sample this incredible country and their music scene, make sure to work a trip to Electric Castle in your itinerary.