Since 1991, La Route Du Rock in St. Malo has been setting the standard for intimate indie rock festivals in France. The festival became so popular that a winter version was created in 2006, but the “summer collection” remains the flagship festival with four nights of music and camping in the French countryside. 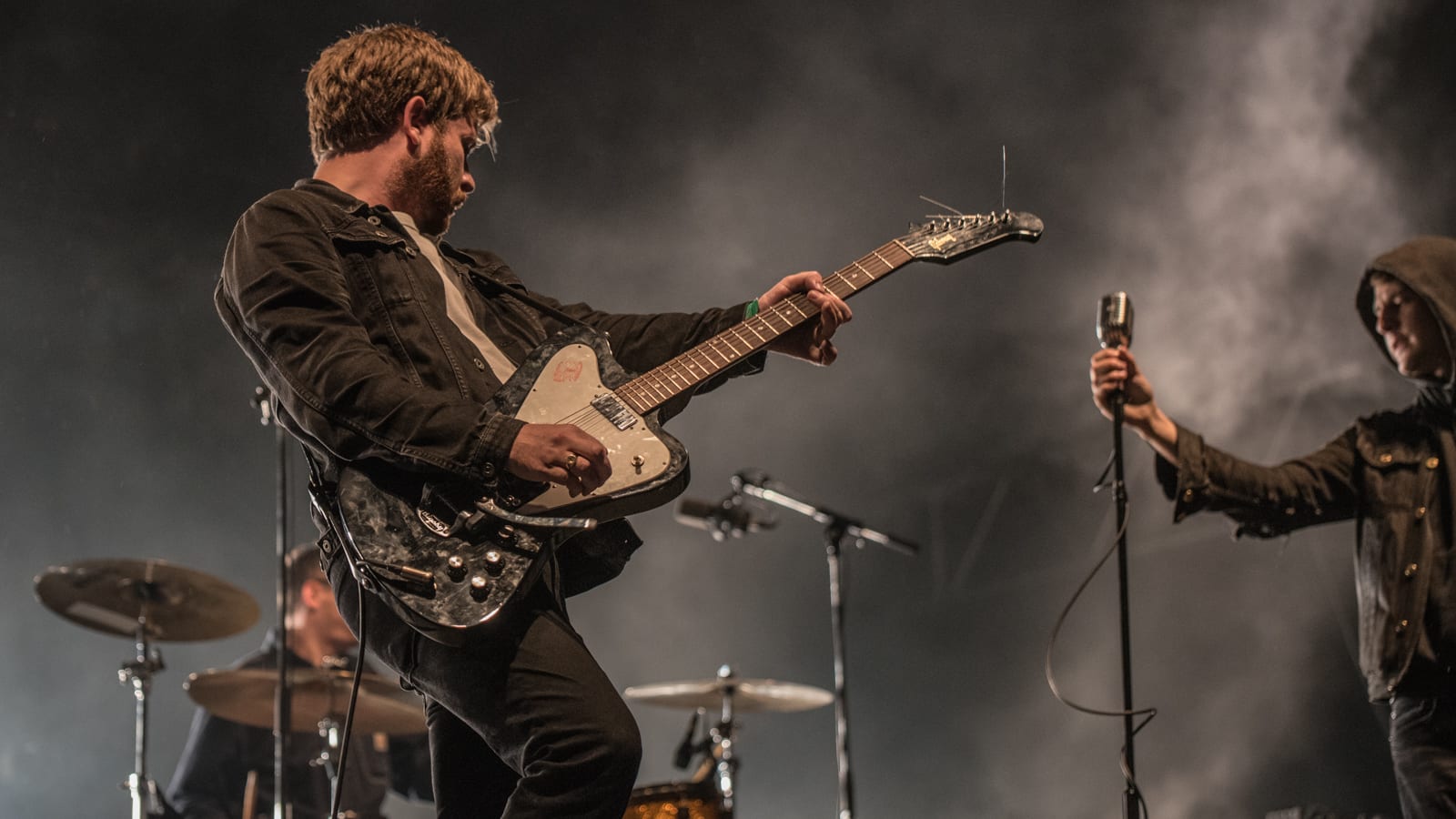 If you’ve been following 100 Nights of Summer, then you might have noticed that while I cover all types of festivals across Europe, I’m drawn to these smaller indie rock festivals and La Route Du Rock has been on the bucket list for the last five years. France really shines when it comes to these types of festivals, and I was stocked to finally pilgrimage my way to the forty-second edition of La Route Du Rock. 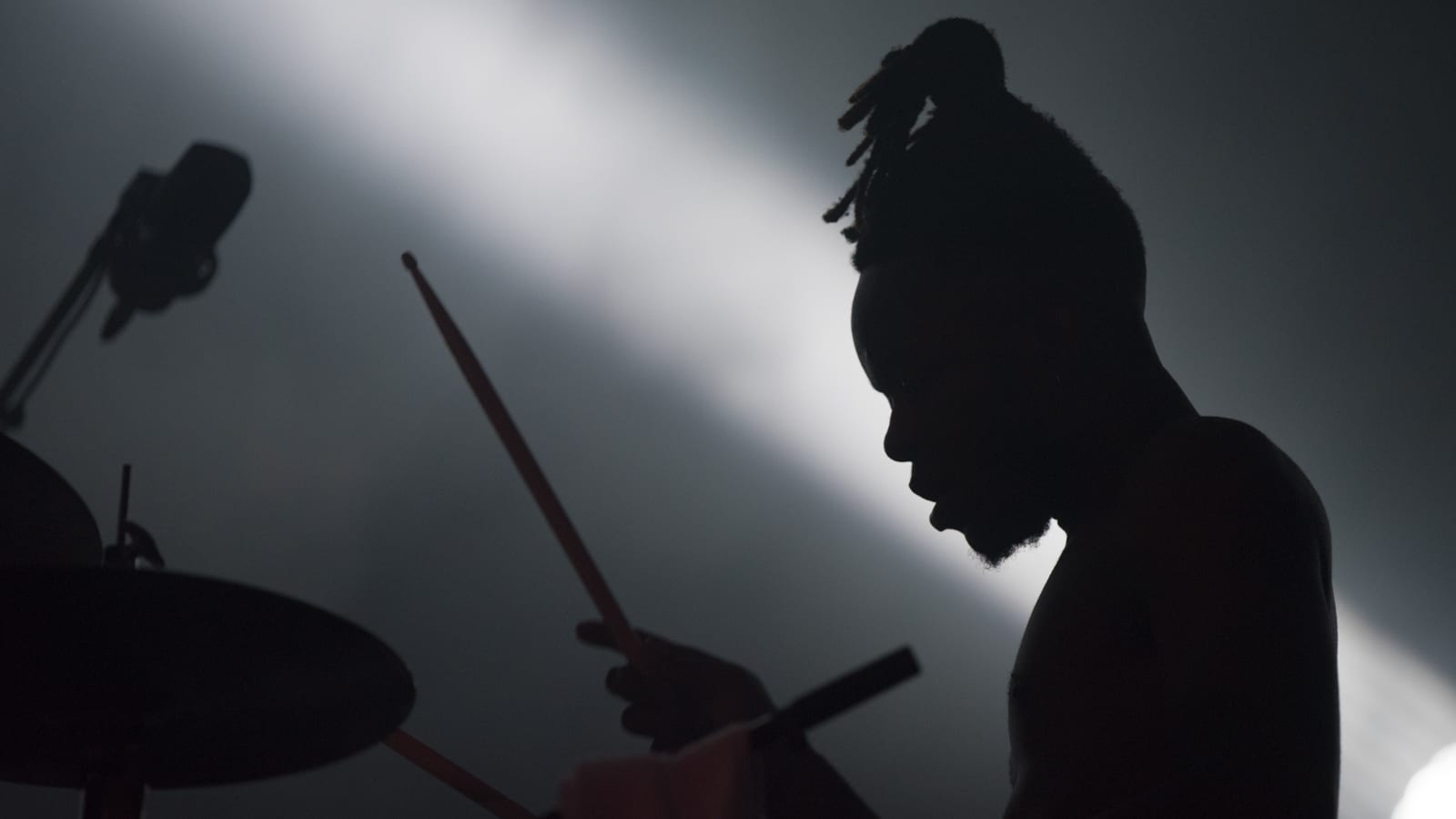 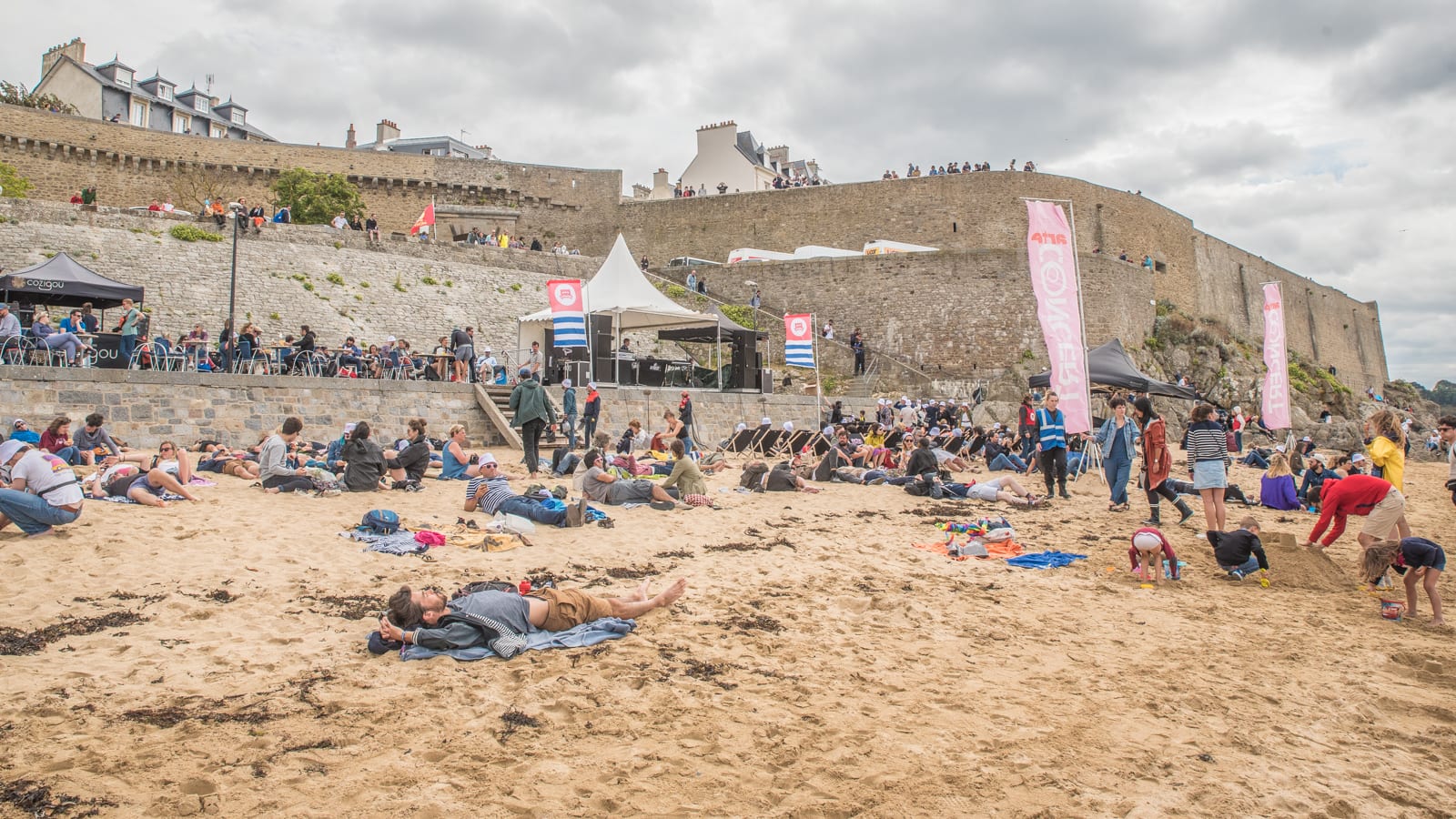 The Venue: Le Fort de Saint-Père
During the day, festies lounge on the beaches of St. Malo, chilling to a small afternoon lineup (which is free to anyone!). At night, the action moves to Le Fort de Saint-Père, an old defense fortress from 1785 about 12 kilometers south of the city. This main part of the festival is easy to navigate with two stages back to back and no overlapping sets. 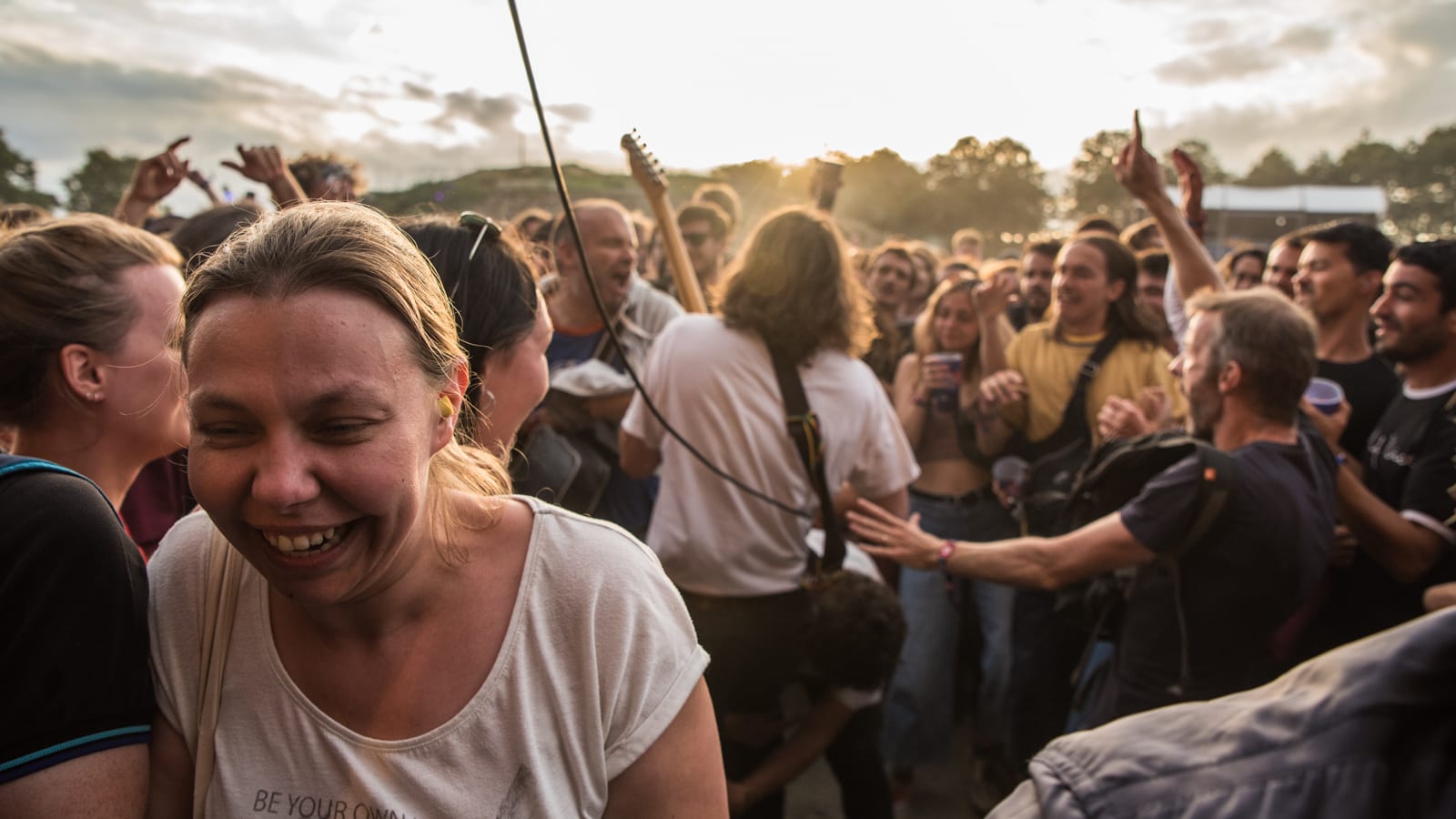 The Crowd
La Route Du Rock draws in a mainly French crowd of about 15,000, mixed between campers staying at the fort and festies lodging in scenic St. Malo. After weeks of partying with the friendly folks in Serbia and Poland, I was reminded I was back in the world of indie rock when I bumped into a denim clad hipster, who instead of hugging me and offering up some homemade moonshine, gave me that withering glance of disgust that only the French can muster up. 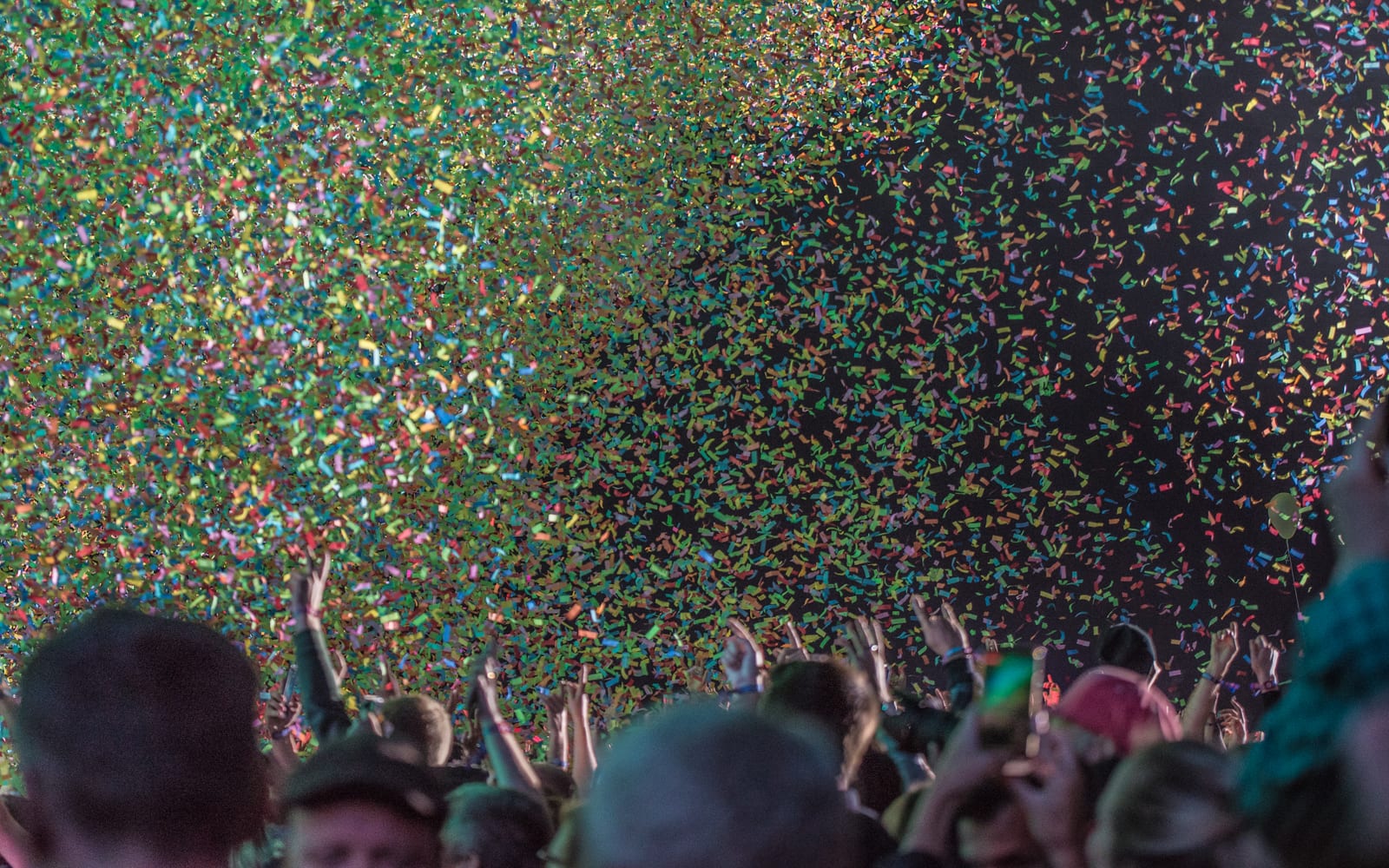 The Music
If you’re familiar with festivals like Primavera Sound or Pitchfork, La Route du Rock will hit that sweet spot of your favorite artists along with a bunch of new music that you’ll no doubt end up liking. There’s no overlap here and the stages are facing each other, so you can settle in for some full sets without worrying about missing anything. 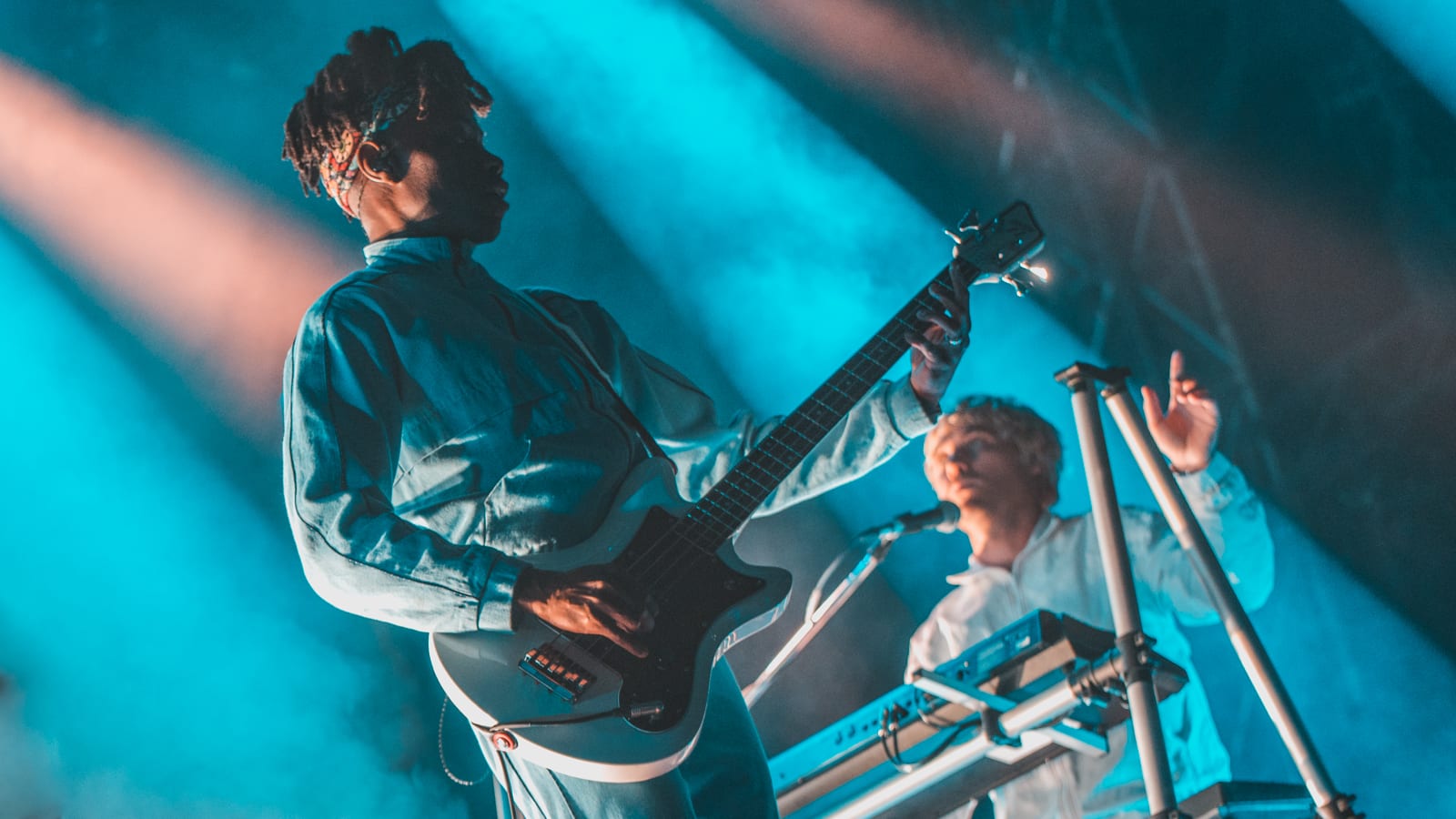 Most Acrobatic: Pond
Whenever Tame Impala is on a music festival lineup, you can be sure that Pond will be there too. The psychedelic rock project out of Australia, formed by three members of Tame Impala, is an ever evolving collaborative project. Frontman Nick Allbrook keeps it exciting with a set full of yoga-twisting, children’s instruments, and excellent guitar faces. 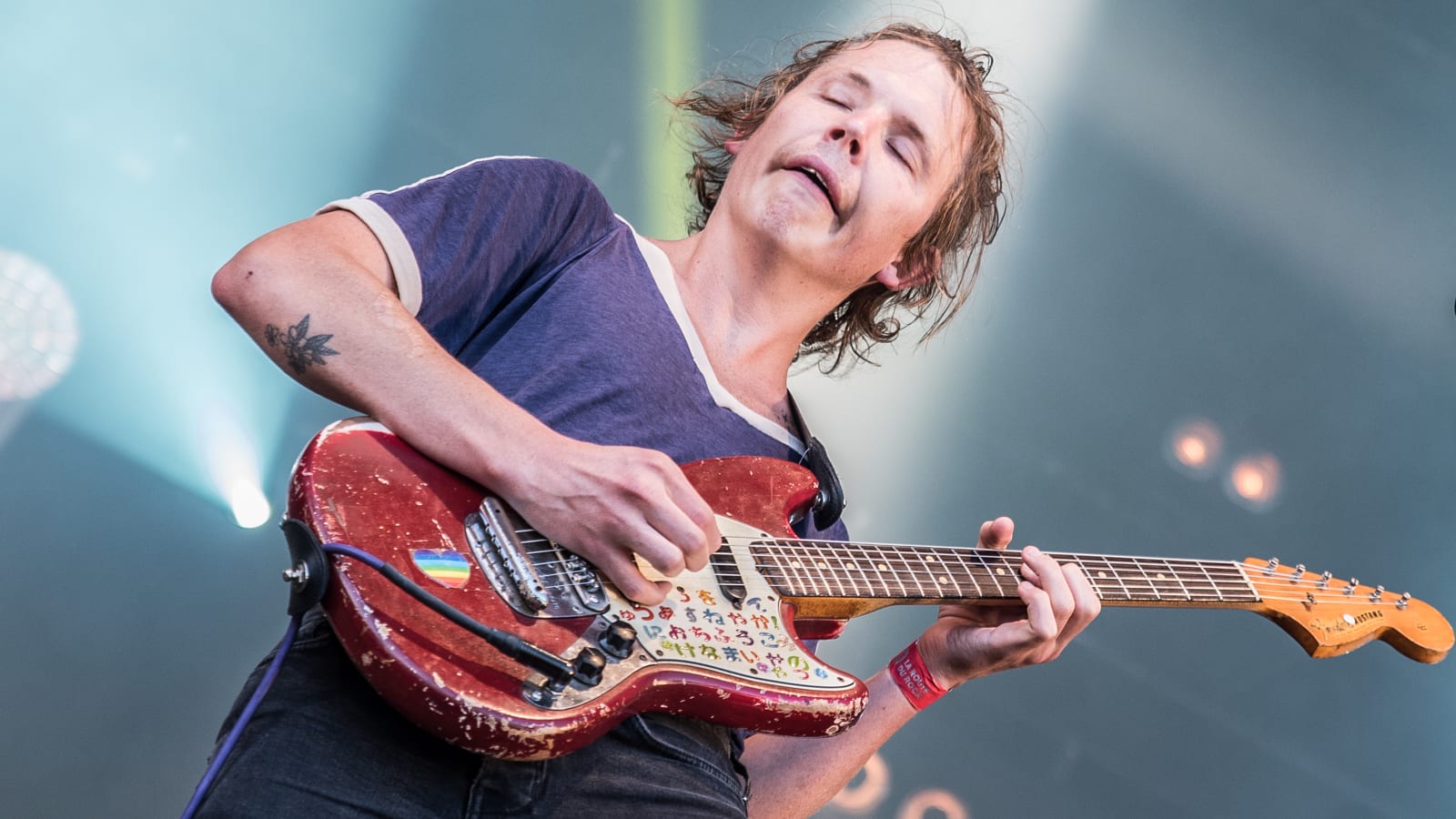 Most Intense: Fontaines DC
Irish punk band, Fontaines DC, follows up Pond and taps into that first-day festival energy with a mosh pit forming by the fourth song. Lead singer Grian Chatten is all twitchy energy, pulling at his shirt, pacing across the stage like a trapped animal, and occasionally punching himself in the face. During one of their final songs, Hurricane Laughter, I find myself singing along to the phrase “and there is no connection available,” an accurate description of the Internet in France. 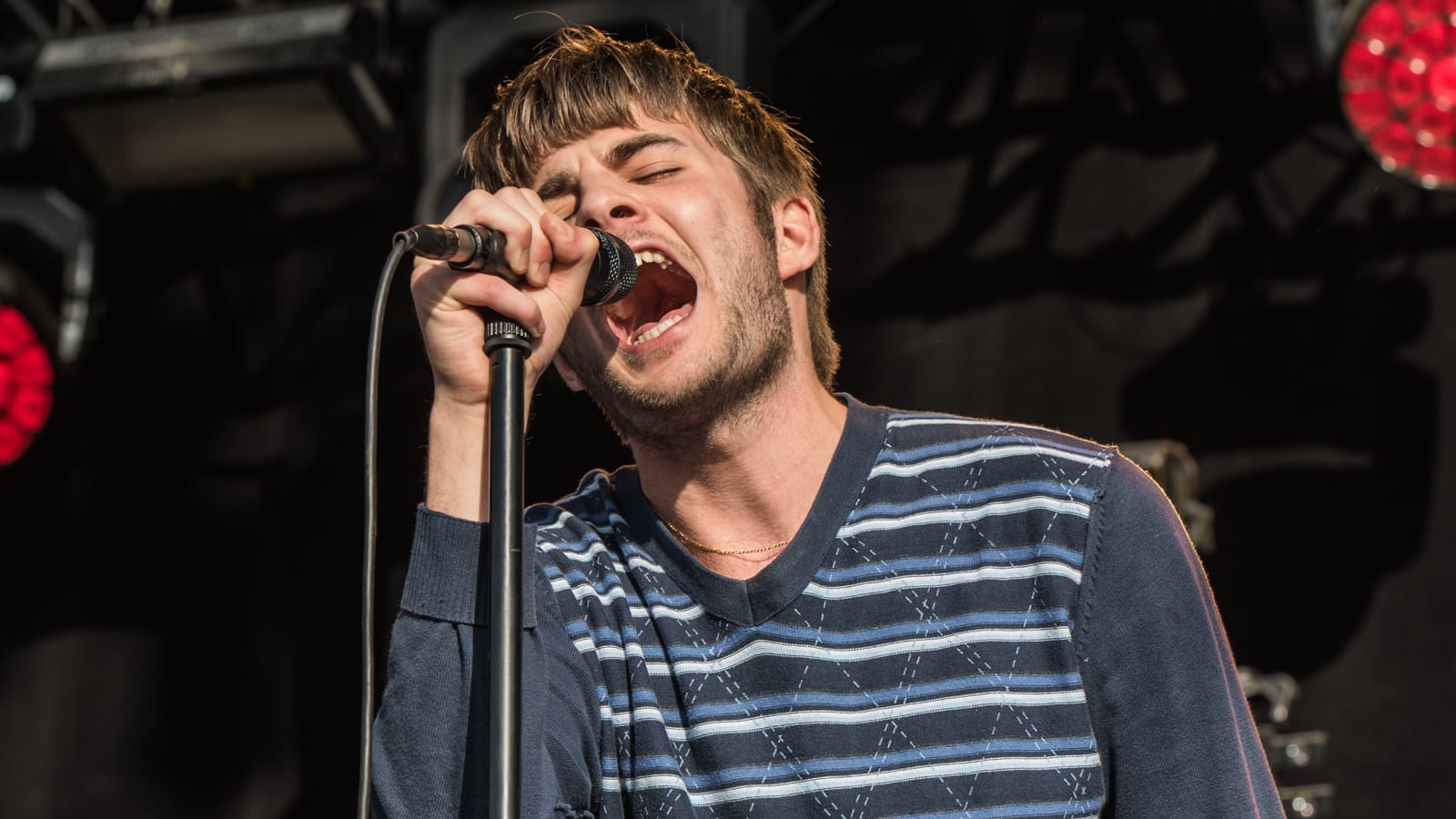 Favorite Set of Friday: IDLES
With the sun setting behind the fortress walls on the only rain-free evening, IDLES took to the stage in typical bombastic fashion with lead singer Joe Talbot announcing that they are from a “shit hole country called Britain.” Between their two albums, Brutalism and Act of Resistance, there’s plenty of songs to choose from although Talbot shot down a request from the front row to play fan favorite Exeter, but made up for it with an insane show-ending superjam featuring Fontaines DC. 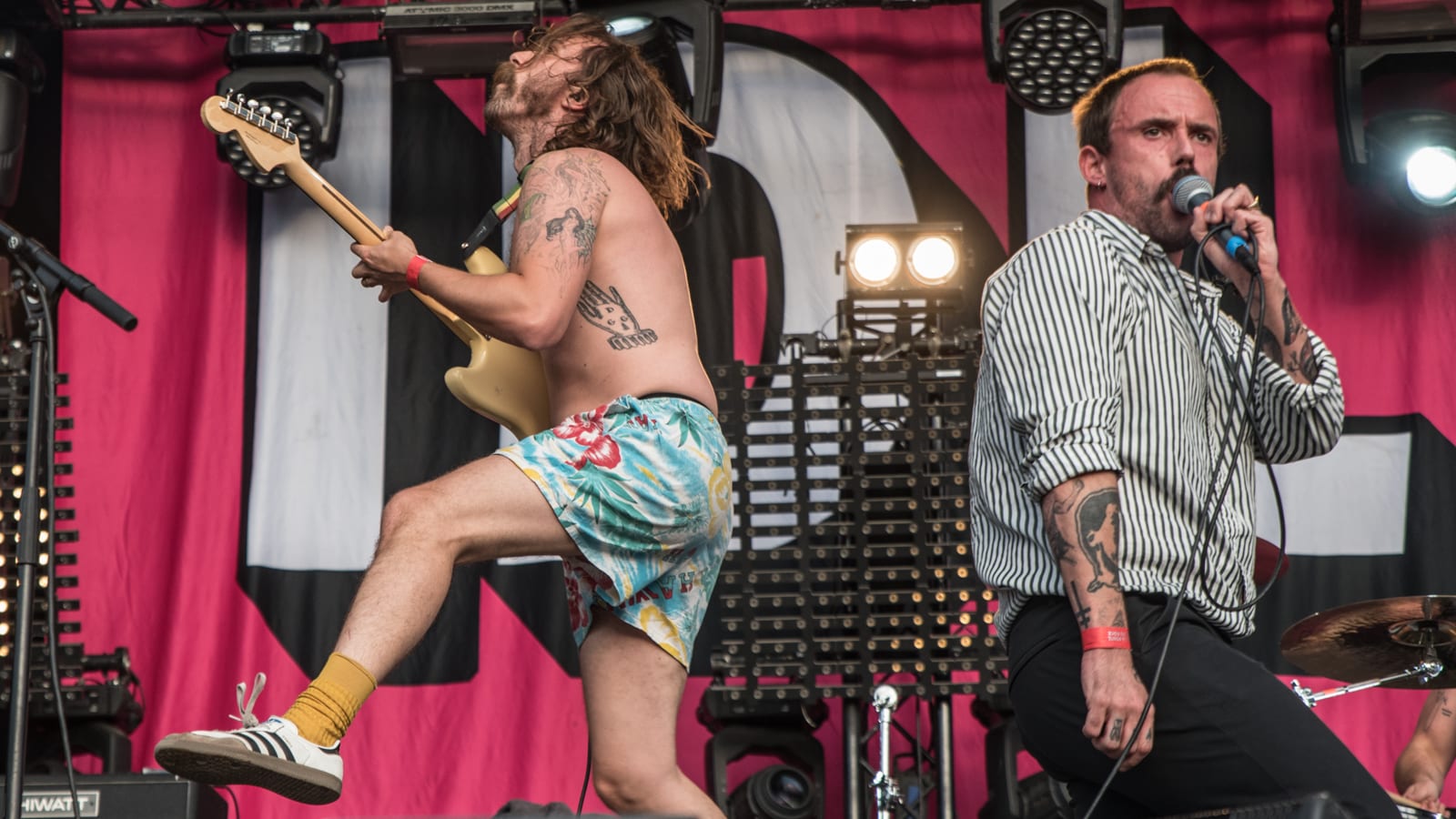 Most Mellow: Stereolab
Stereolab has some eminently danceable discotheque tunes, but they also dip into some lengthy hypnotic noise journeys that I should have not been listening to from the comfort of a reclining chair. Then again, I did drift into some pleasant multi-colored dreams for a refreshing ten minutes. 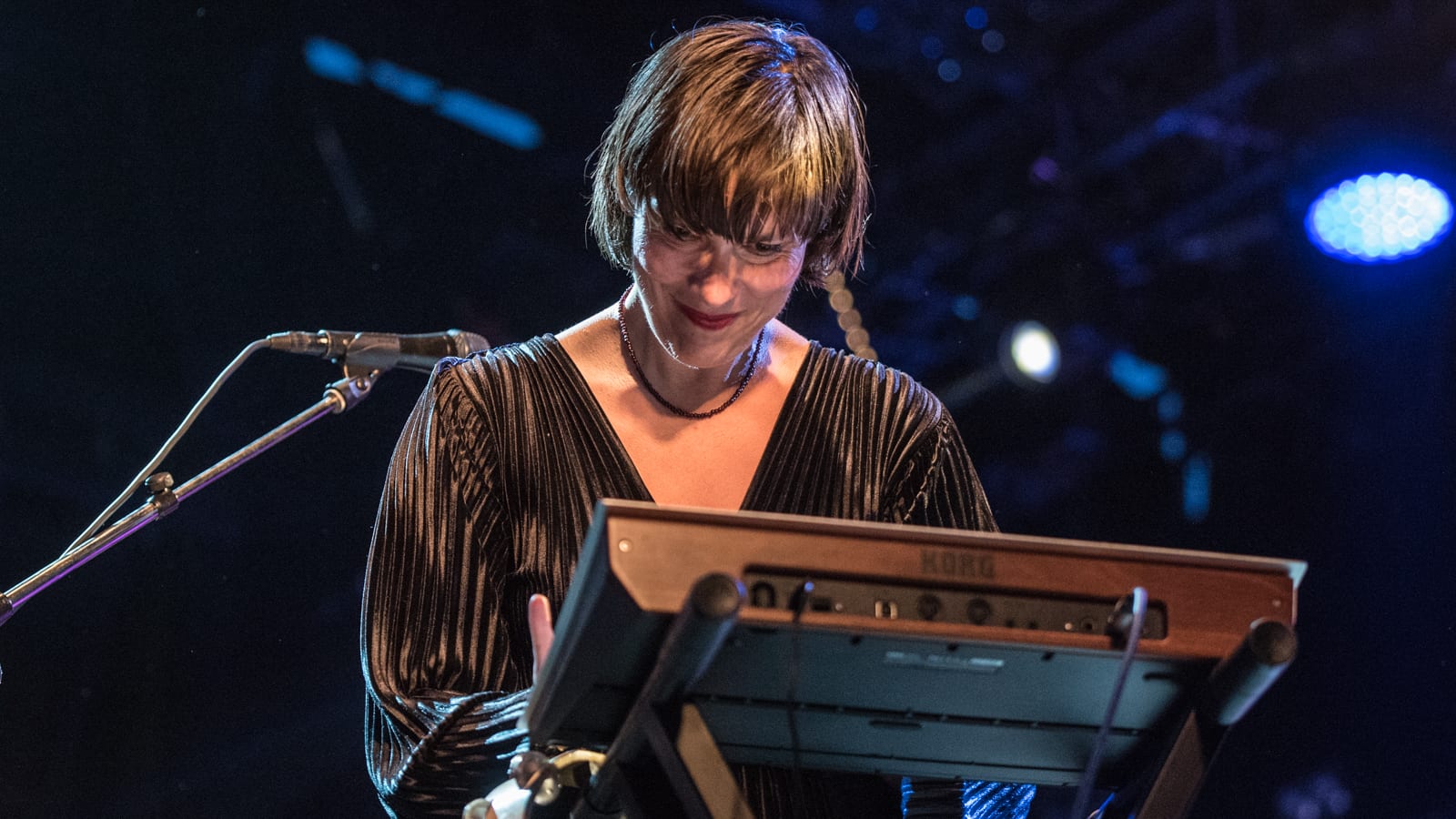 Thursday Headliner: Tame Impala
The fort was packed to capacity for the confetti-colored psychedelic rock of Tame Impala, arguably the biggest name of the festival. They played a solid set, although they leaned heavily into their latest album with half their setlist consisting of songs from Currents. 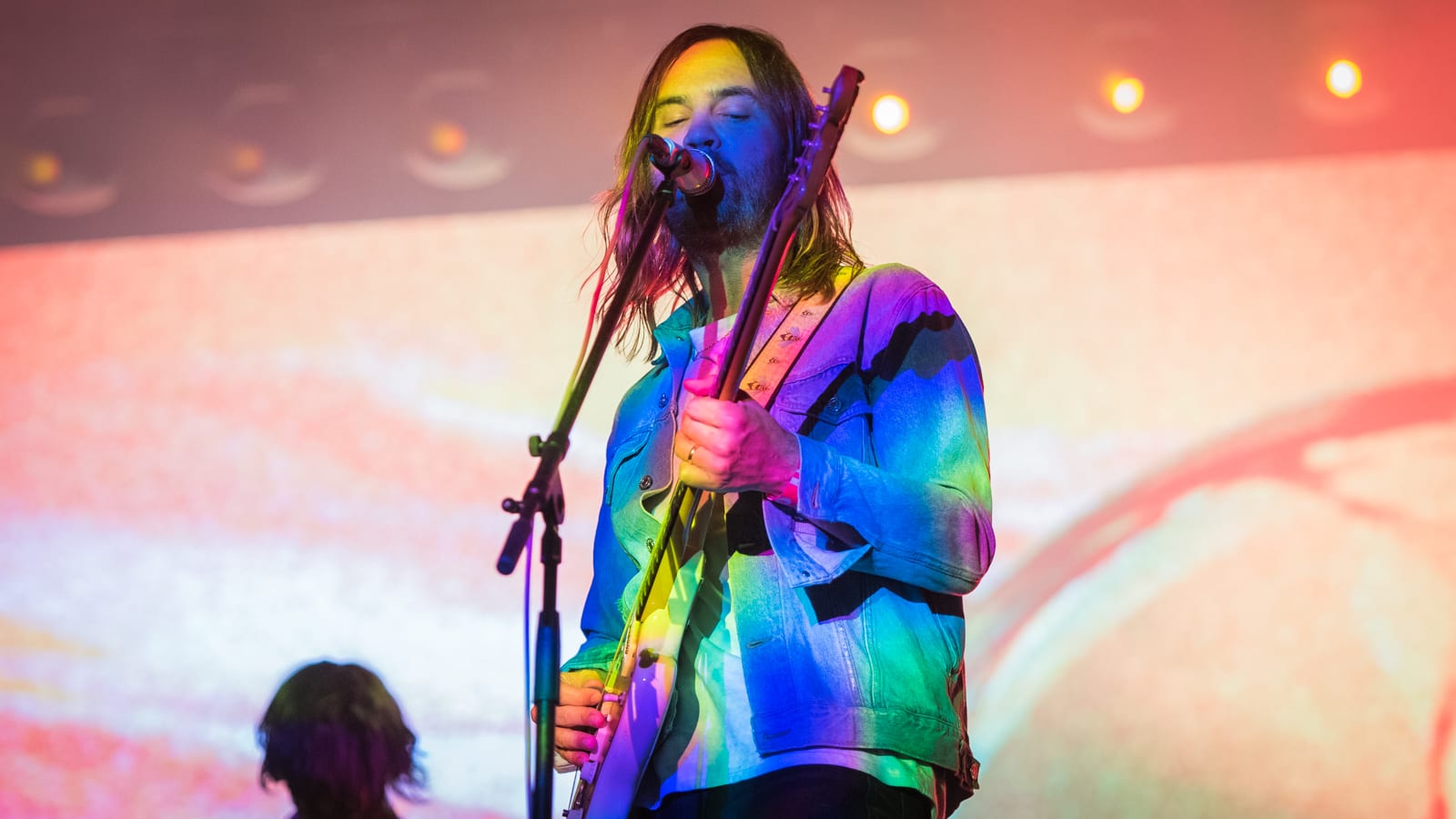 New Favorite Band: Pottery
“Great dancers! You’re like the French Woodstock”, the Potter lead singer yells out during a set of loud indie rock anthem tunes and one of my favorite sets of the day. No photos of Pottery as I still apparently mess up European time even after five years, but here’s an insanely weird video:

Favorite Set of Friday: Altın Gün
You had me at “Turkish psychedelic rock”. 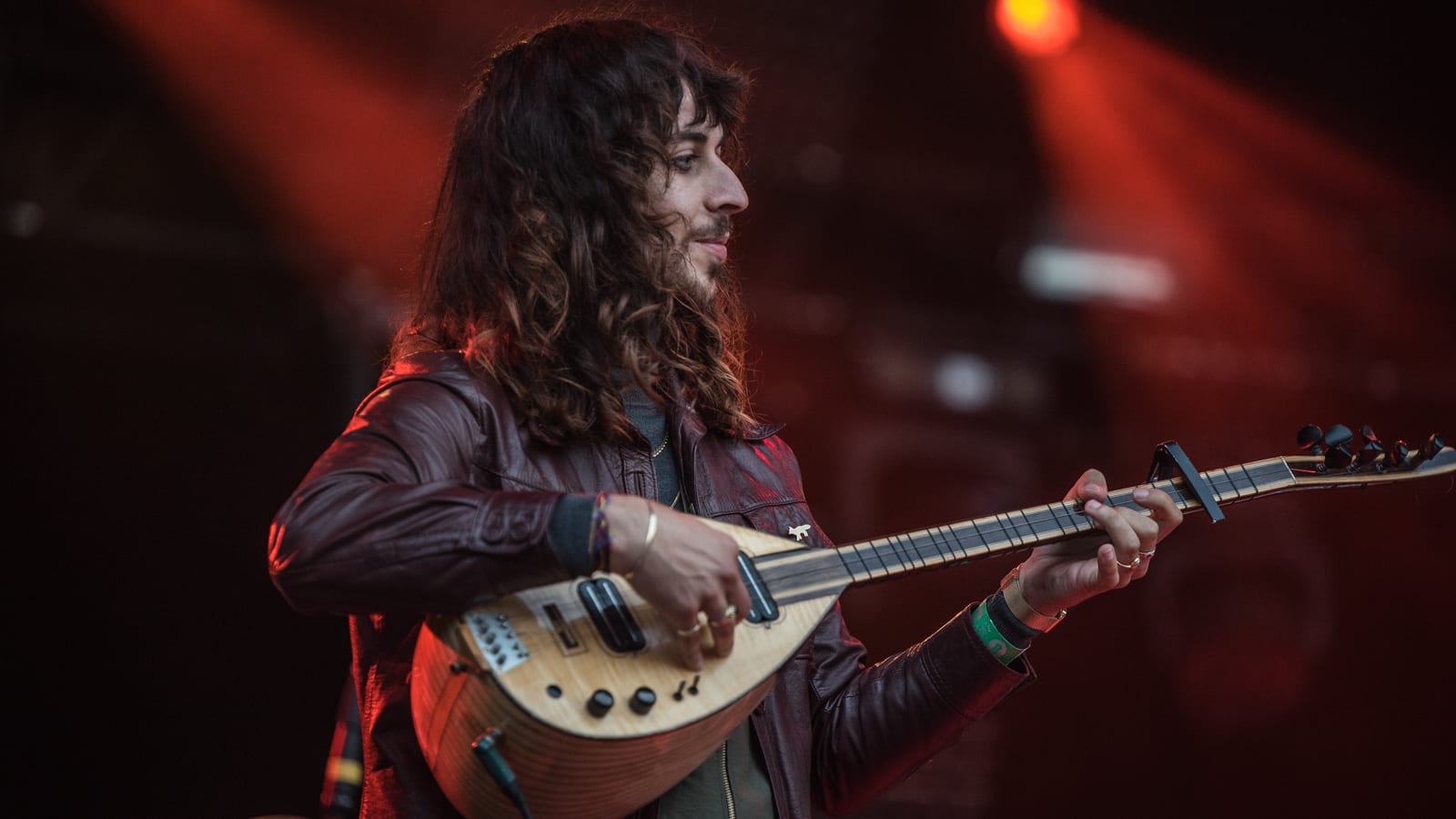 Tim Presley’s White Fence
He may be from California, but Tim Presley gives off a serious Oasis sounding vibe during his set. 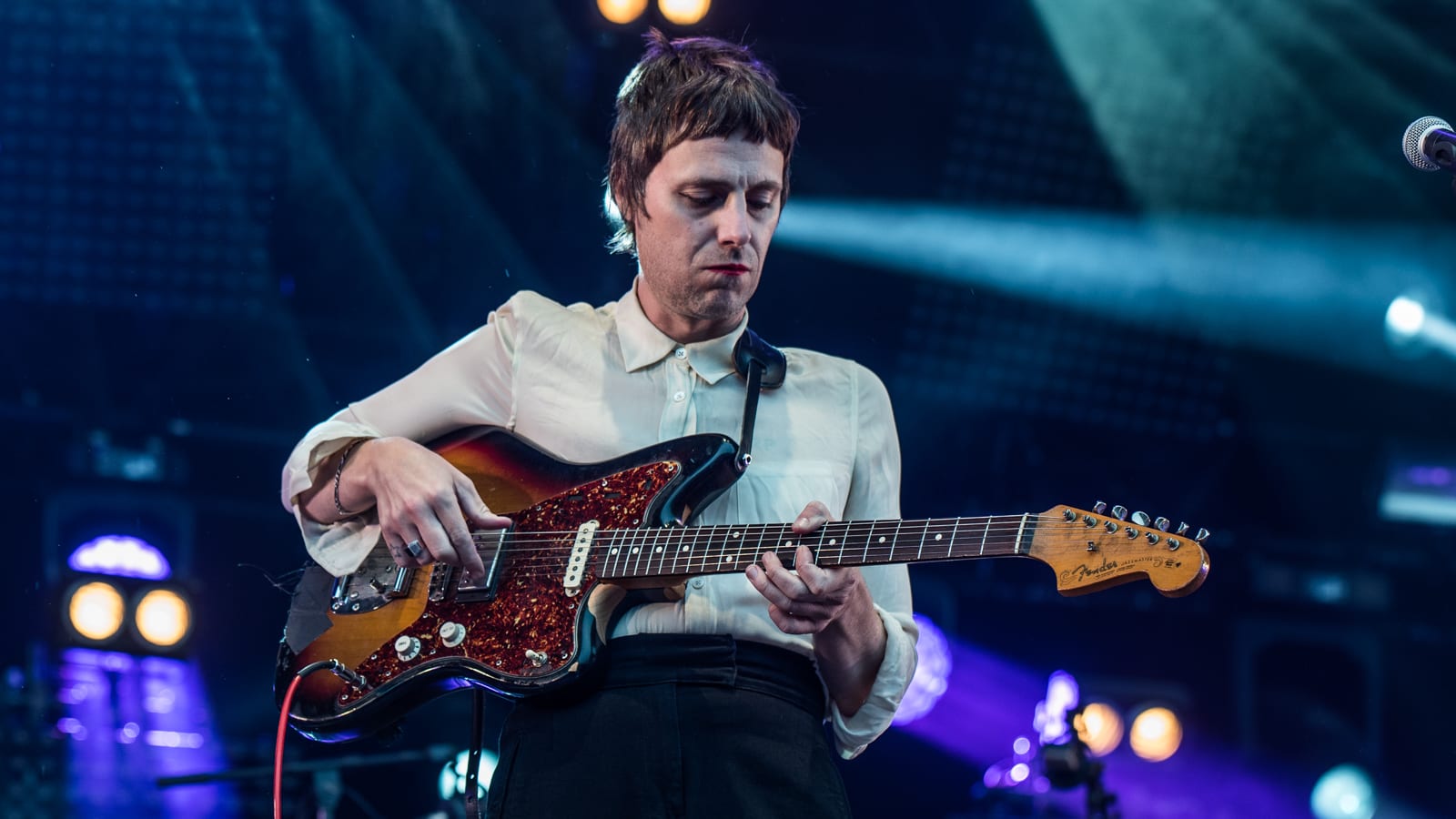 Best Way to Start a Saturday: Hand Habits
Hand Habits starts off a drizzly Saturday with some dreamlike rock. When Meg Duffy asks if anyone is tired, I’m the only one in the crowd that raises a hand. 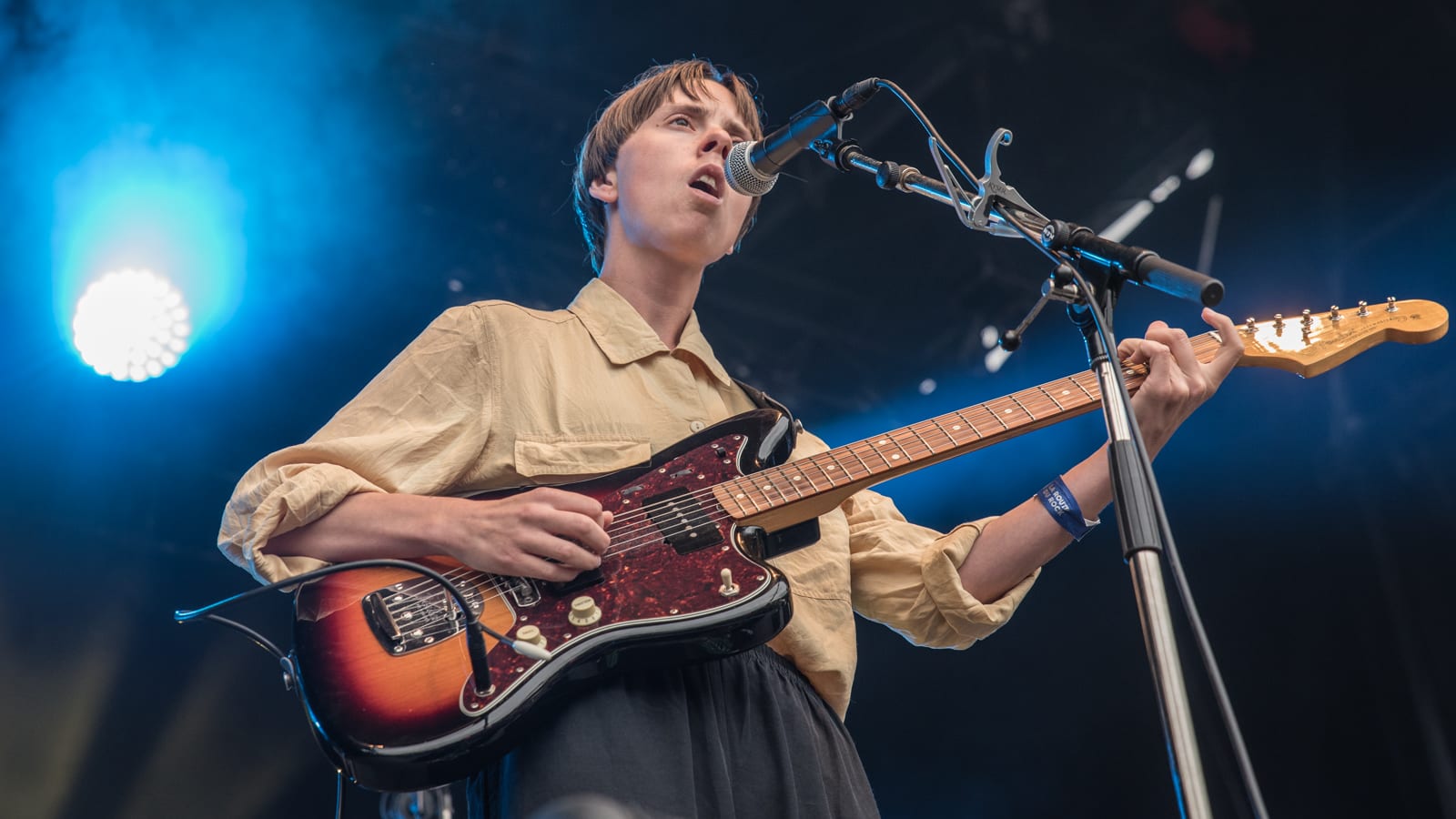 Favorite Set of Saturday: Deerhunter
It’s all about the Americans today, with Hand Habits out of Los Angeles, The Growlers from California, and Deerhunter hailing from Georgia. Bradford Cox doles out plenty of shoegaze jams through the endless rain of Saturday night. 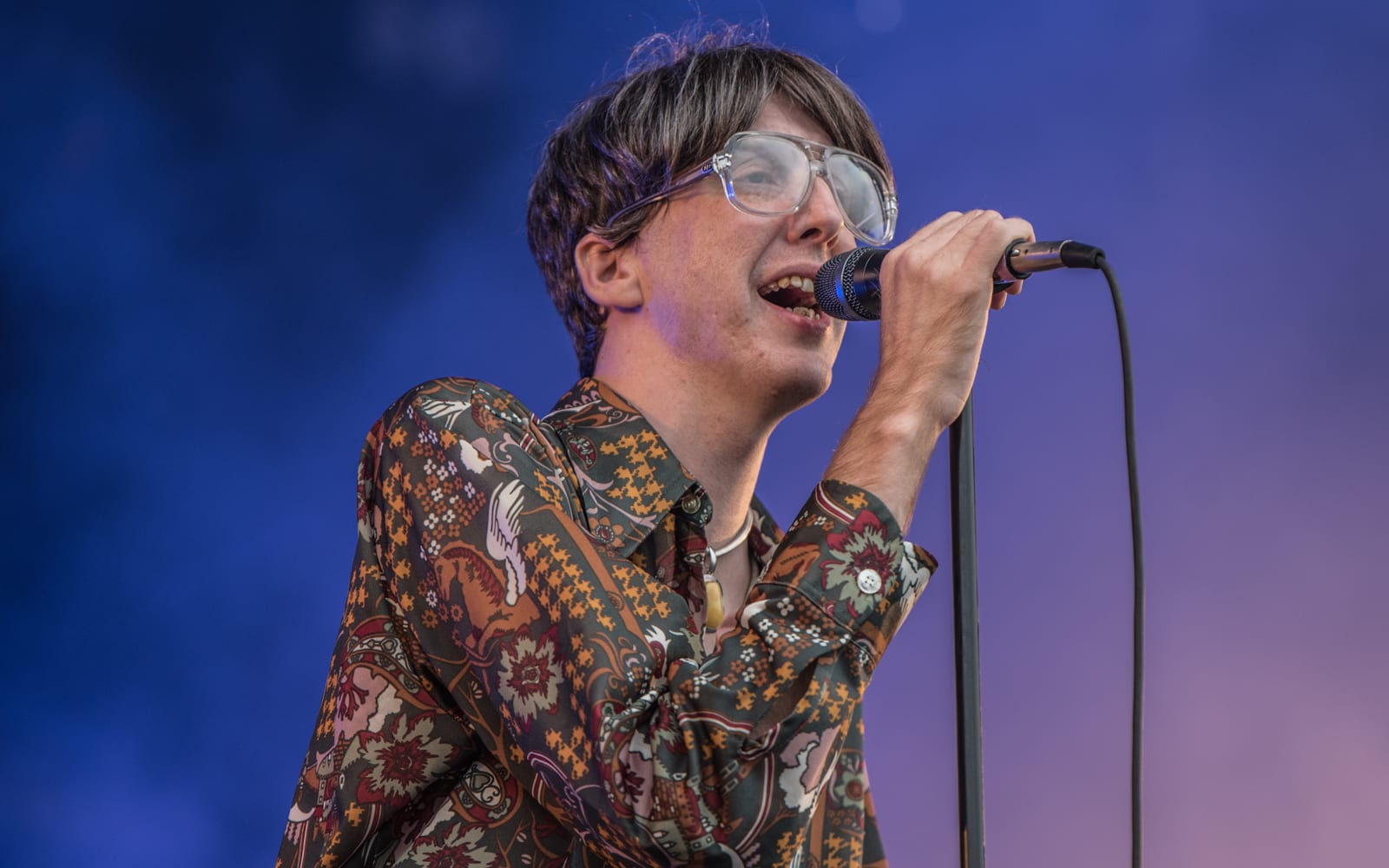 The Growlers
The only English speaking band to not pander to this French audience with a “merci beaucoup”, I always enjoy a set from this southern California group. Fun fact: the Growlers headline their own festival every October called Beach Goth, one of the more successful artist-driven fests on the West Coast. 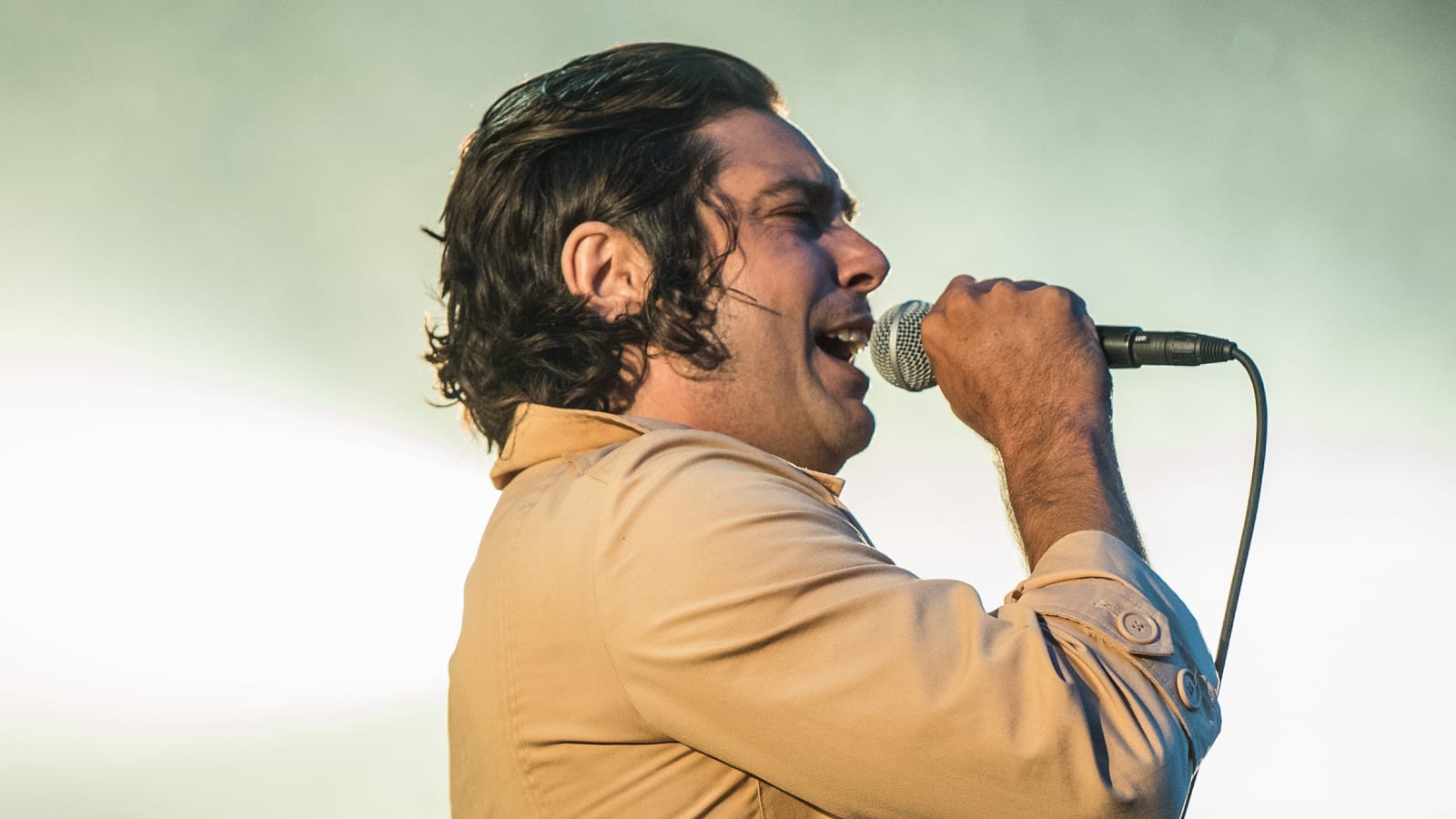 Saturday Night Headliner: Metronomy
Metronomy’s first album since 2016 is about to drop this September, so the indie pop band has been hitting the road whipping up buzz for Metronomy Forever. Frontman Joseph Mount says about the album, “the less importance you place in any art the more interesting it can become in a way”. 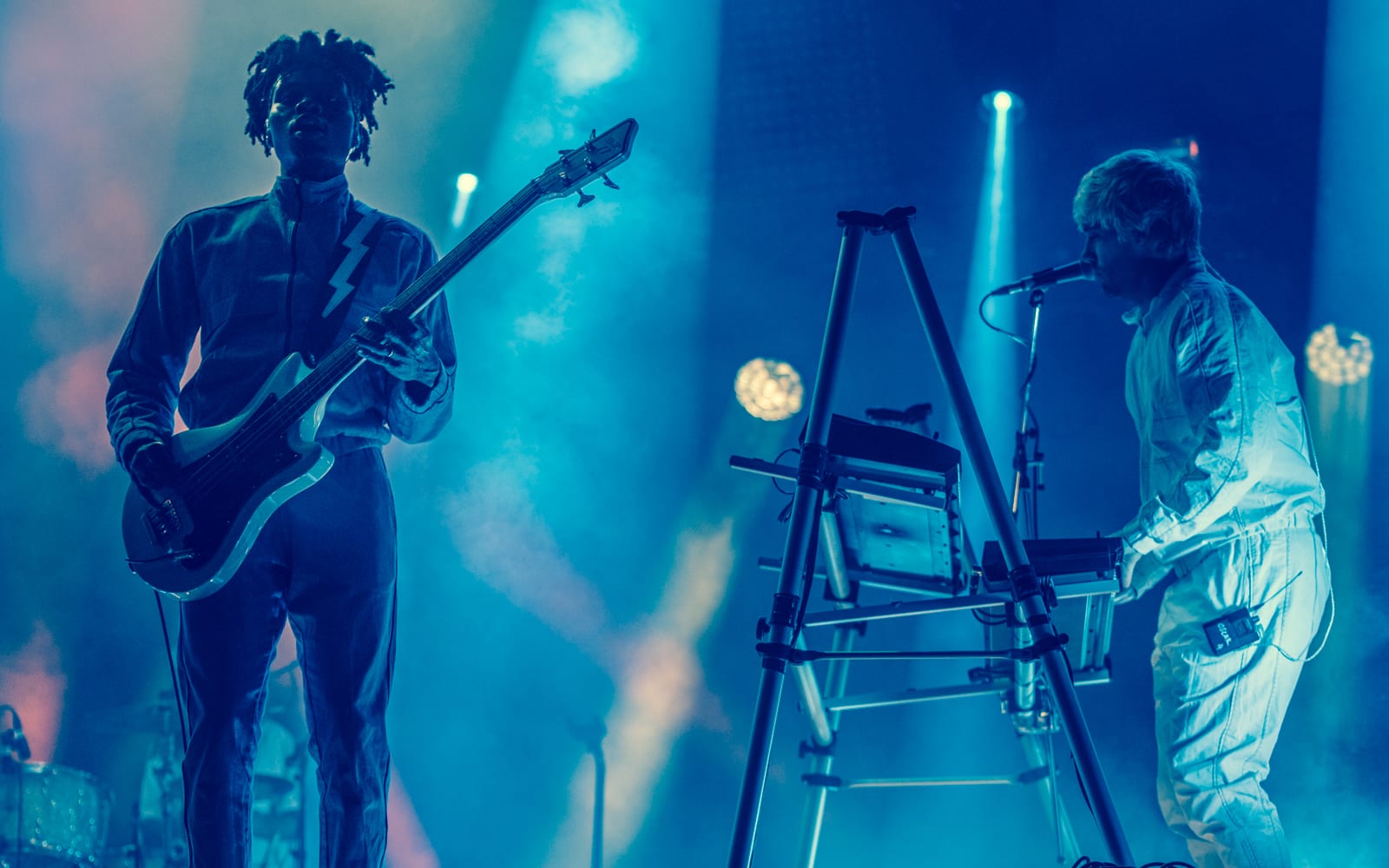 And I Will Always Love You…
I always wonder how much warning IDLES gives security before a set as they put this crew through the grinder during a typical show. Here’s a security guard earning his full paycheck for the day helping Lee Kiernan back onto the stage. 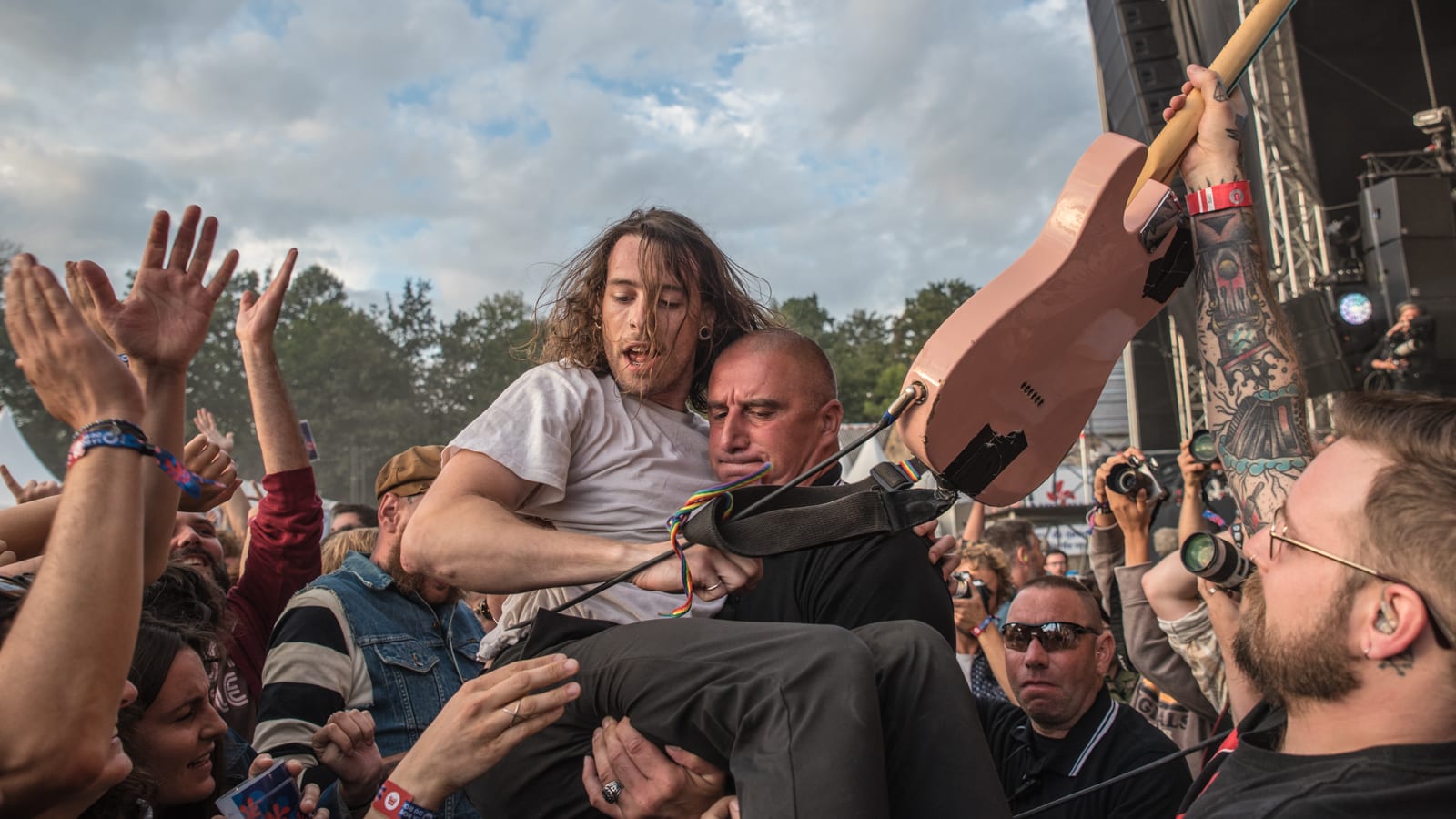 Crotch Sniffing Law Harassment
Outside the festival, local law enforcement put on quite a show with mounted officers, machine-gun toting soldiers in fatigues, and drug sniffing dogs, one of which barked enough for me to be pulled out of line. I just kept pretending I couldn’t understand the officer’s heavily accented English, and every time he mentioned “drugs”, I would say, “Dogs? I love dogs. Can I pet yours?” He finally gave up. For the record I had nothing on me, and drug sniffing dogs are terrible at their job. On the plus side, if I can hold up an illegal search for other festies, then I’m willing to take the hit.

Festival Tip: How to Find Breakfast
I followed a group of hipsters around the city of St. Malo on the first afternoon hoping they would lead me to the events at the beach, but instead we ended up at a packed brunch spot with a line going around the block, so pretty much the same around the world. 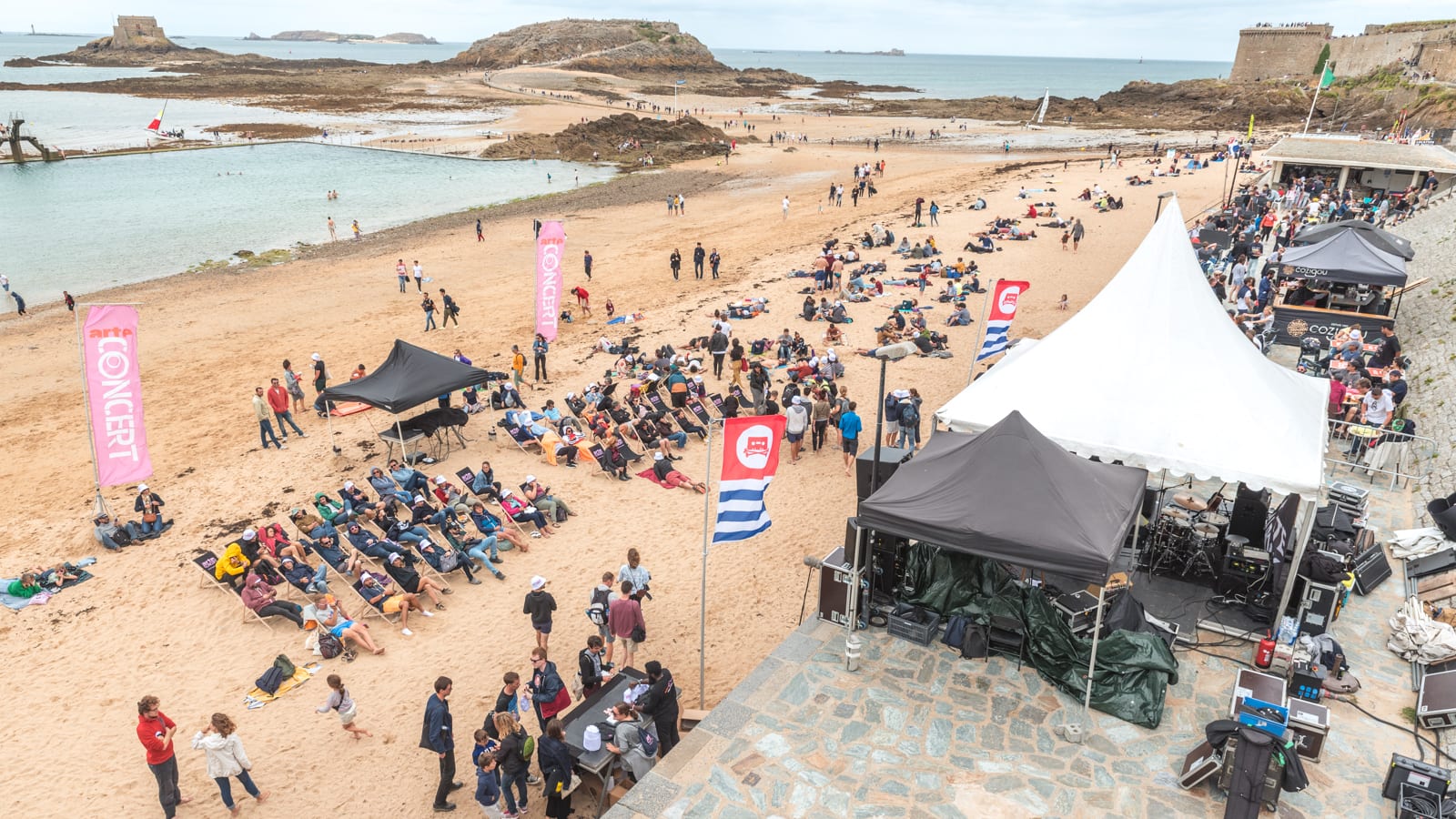 What’s the Prime Hours for Music? Gates at the fort open at 6:00pm with the headlining acts finishing around midnight and whole thing wraps up around 2:00am.

What’s the Weather Like? St. Malo is so close to England that the fort was built to protect them from invasion so expect the same dreary and rainy weather that plagues the UK summer festival season.

How Do I Get There? There’s a ferry from the UK and plenty of high speed trains from Paris, but book your train reservation early as it will fill up in the summer. Also, check out BlaBlaCar, a European ridesharing service that started in France with tons of rides in the summer.

Where Do I Sleep? St. Malo is a huge summertime tourist destination on its own so you’re going to be looking at high prices if you stay in the city. I would advise booking early or bringing camping gear and staying onsite (it’s less that $6 USD for all three days!)

I’ve been writing about La Route du Rock for years, so I’m really happy to knock it off my bucket list and add it to my growing schedule of fests that I need to see again. The winter collection of La Route du Rock takes place from February 27-March 1, 2020. 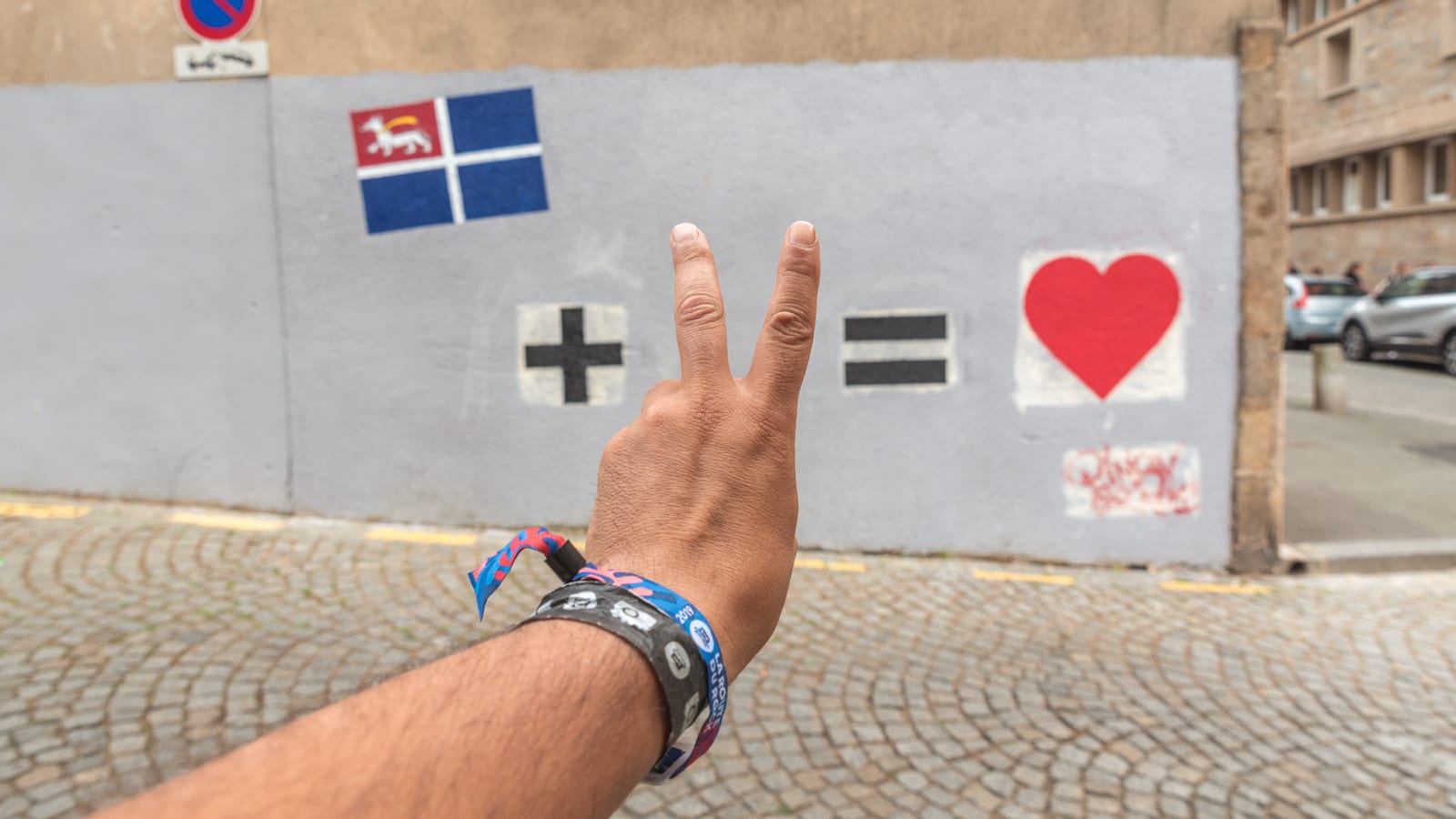